With apologies to PGA Tour veteran Martin Laird, who made an ace at the No. 6 on PGA West’s Stadium Course, on Thursday, the shot of the day at The American Express — heck, for all of golf — …

Via The Guardian, which provides fuller details 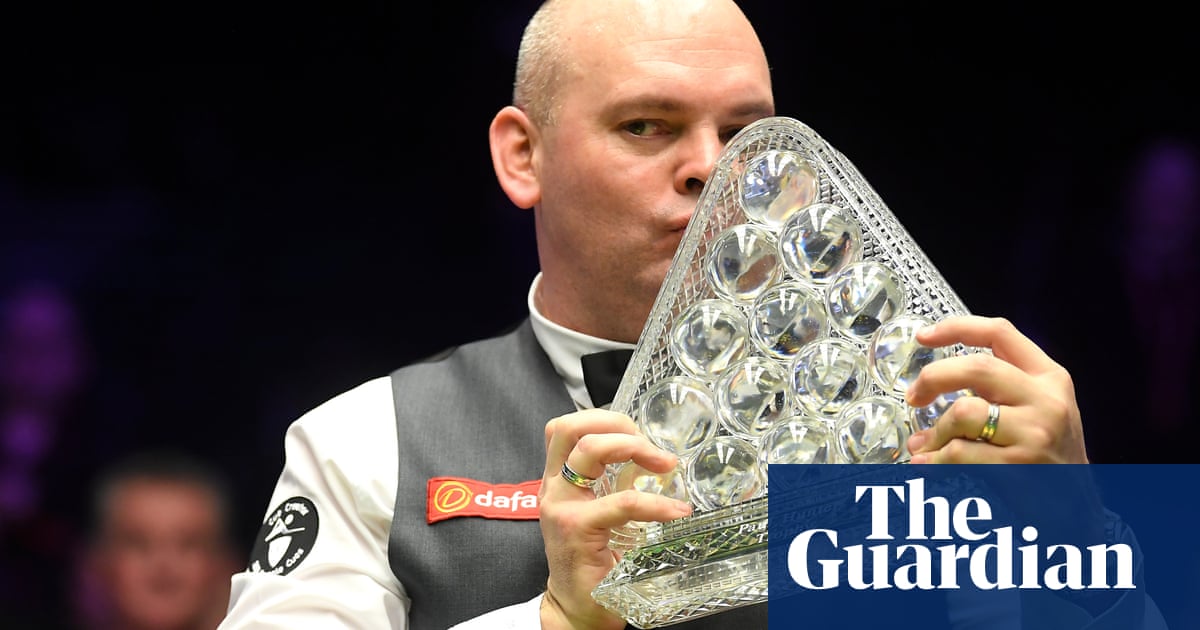 Snooker is a concentration sport, so yeah, I can see why there was a brief brake to sort that out.
Maybe one in the crowd was a few weeks to late and thought he went to Alexander Palace for the WC Darts.

Denny Hamlin won the Daytona 500 yesterday, after it had been postponed Sunday due to rain. It's Hamlin's second win in a row there. But his win was tempered by being the result of a horrific accident just in front of the finish line that took out then-leading driver Ryan Newman, who was transported to the hospital where he remains in serious condition. No other details have been released except that his injuries are not considered life-threatening, and that his family has asked for privacy.

Accidents happen all the time in car racing generally but in NASCAR particularly, they rarely get this bad; I've heard of drivers now and then being transported for assessments but I can't remember the last time a Cup Series driver was actually hospitalized by a wreck - it's been several years at least. It took 15 minutes for the rescue teams to extract him from the car and he appeared to be fully unconscious. The rescue crews also erected black privacy screens around the car and the stretcher as he was being conveyed to the ambulance, which may or may not be an indication of how bad his injuries were.

Here's the final lap of the race:

This video shows better what made this accident so bad. Newman's is the lead car, and when he spins out and hits the wall it's pretty hard already for a NASCAR wreck and flips his car onto its roof; but it's as it slides back across the track in this position that it is impacted right in the driver-side window by another car at full speed. That is...yikes.


The latest report from this evening is that Newman is "awake and speaking with family and doctors" which is very very good certainly, but it's a little worrying that his injuries haven't been described in even a general way yet.