On Wednesday, the University of Missouri’s athletic department contributed its part to the NCAA’s inclusion week (which runs for less than an actual week, naturally), and boy was it crummy. Photos of several of their athletes explaining why they are “more than a student athlete.” The messages...
deadspin.com

Here's one for you. In the middle of the World Series, the Astros have fired their assistant general manager, after comments he made during a press briefing directed at female reporters:

The Houston Astros fired assistant general manager Brandon Taubman on Thursday, admitting in a statement that his "inappropriate comments" about the acquisition of closer Roberto Osuna were directed at a group of female reporters.

A report published earlier this week by Sports Illustrated's Stephanie Apstein said that during the celebration in the Astros clubhouse after clinching the American League Championship Series on Saturday, Taubman turned to a group of female reporters -- including one wearing a purple domestic violence awareness bracelet -- and repeatedly yelled, "Thank God we got Osuna! I'm so f---ing glad we got Osuna!"

Last season, Osuna served a 75-game suspension for violating Major League Baseball's domestic violence policy, stemming from an incident that happened while he was a member of the Toronto Blue Jays.

"Our initial investigation led us to believe that Brandon Taubman's inappropriate comments were not directed toward any reporter," the Astros said in Thursday's statement. "We were wrong. We sincerely apologize to Stephanie Apstein, Sports Illustrated and to all individuals who witnessed this incident or were offended by the inappropriate conduct. The Astros in no way intended to minimize the issues related to domestic violence.

"Our initial belief was based on witness statements about the incident. Subsequent interviews have revealed that Taubman's inappropriate comments were, in fact, directed toward one or more reporters. Accordingly we have terminated Brandon Taubman's employment with the Houston Astros. His conduct does not reflect the values of our organization and we believe this is the most appropriate course of action.

"We are thankful to Major League Baseball and to everyone that cooperated in the investigation. As previously stated, the Astros are very committed to using our voice to create awareness and support on the issue of domestic violence. We fully support MLB and baseball's stance and values regarding domestic violence. We will continue to make this cause a priority for our organization."
Click to expand...

The Astros' statement apologizes for Taubman's statements, but curiously does not apologize for the organization's own official statements made immediately after Apstein published her report, in which they called her report "misleading and irresponsible" and accused her of basically fabricating the story as she reported it.
Reactions: Katheryne Helendale and Isabeau

I wasn't really a Nats fan, but they booed Trump off the Jumbotron, so that makes them my second favorite team.
Reactions: Kara Spengler and Dakota Tebaldi

Katheryne Helendale said:
I wasn't really a Nats fan, but they booed Trump off the Jumbotron, so that makes them my second favorite team.
Click to expand...

Not only am I not particularly a Nats fan - I almost always favor the AL team over the NL one, in all but a few cases. The Astros would've been my favorite team just for knocking over the Yankees to get there. Plus, the Astros are my closest MLB team now, so I really ought to be behind them more. Cleveland is still my favorite though, lol.

But I was hoping for a Nationals win this series just because its their very first series, and I always love to see a brand new team not only make the championship for the first time, but win it! And yeah, the warm reception for the Great Pumpkin was a nice little bonus. ^^
Reactions: Katheryne Helendale

While the nats are celebrating with that song on Saturday I will be engaging in a bit of capture the flag.

Well, just think of how many times I will hear it this weekend when they do the parade.
Reactions: Katheryne Helendale 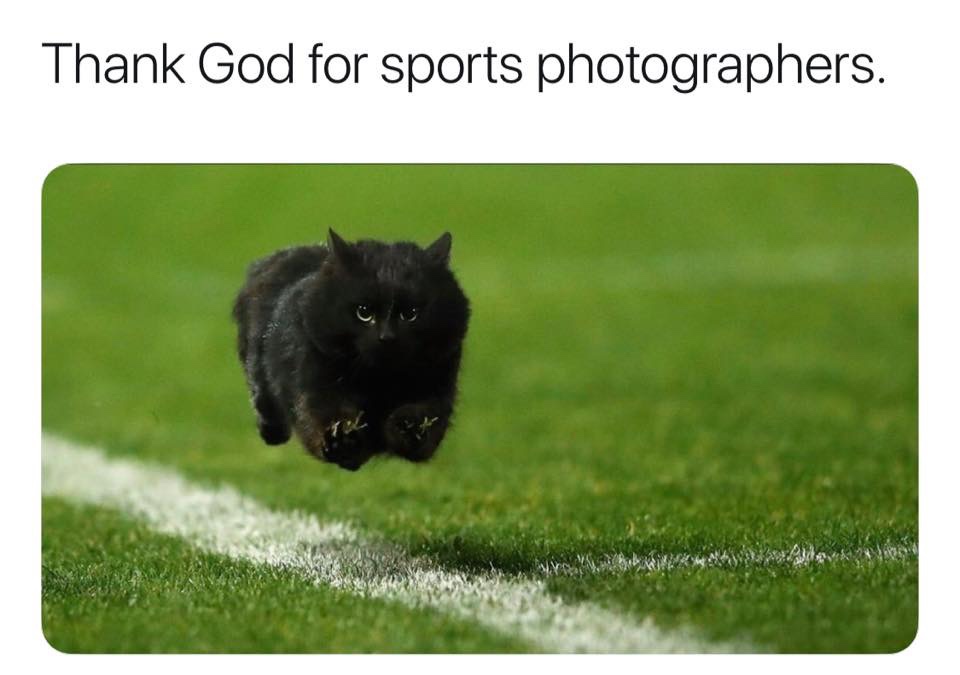 Poor cat was probably scared out of its wits but I can't help laughing at the little tufts of grass stuck in its claws. Run Lola Run!

Have the Astros been caught cheating during the ALCS? 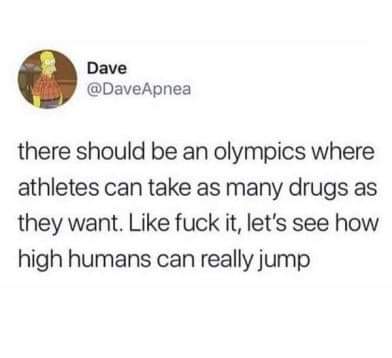 I'm not totally against this idea.
Reactions: Katheryne Helendale and Isabeau

A piece of Babe Ruth memorabilia that was given to a friend 75 years ago could sell for a record price when it gets auctioned off this weekend , according to a California-based auction house.

Some people just have too much money.
Babe Ruth was the important part of that milestone. Not a sanded, polished and lacquered tree branch.
Reactions: Katheryne Helendale, Isabeau and Kamilah Hauptmann 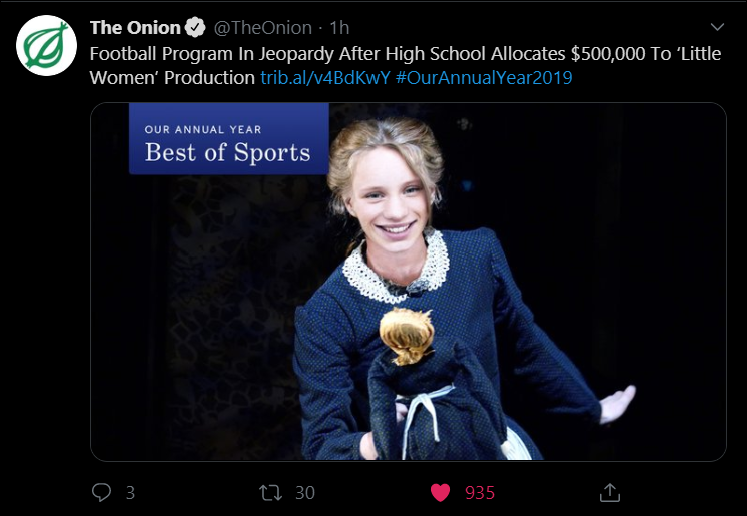 (CNN)Houston Astros owner and chairman Jim Crane on Monday fired the team's manager and general manager after Major League Baseball found the Astros illegally created a system that decoded and communicated the opposing teams' pitching signs during their 2017 championship season.

The suspensions would have lasted through the 2020 World Series and were among a series of MLB penalties from the sign-stealing probe.

The team must still forfeit its regular first- and second-round selections in 2020 and 2021 drafts and pay a $5 million fine.
Click to expand...

The manager and GM were suspended by MLB for the whole 2020 whole season (including post), but the Astros' office decided to just fire them. Unlike the players, managers don't have a union to dispute penalties for them. Firing them didn't really save the Astros any money since the suspension would've been without pay; so it was more of an optics thing. As stated the team still faces some other penalties; maybe by appearing to be "proactive" they're hoping to maybe reduce some of those penalties in the future? Who knows.
Reactions: Isabeau

More fallout: Alex Cora, the manager of the Boston Red Sox, has also been fired. Cora was the bench coach for the Houston Astros during the 2017 season, and according to the MLB's investigation he was one of the original architects of the plot, which helped the Astros reach and ultimately win the World Series that year, and the only active non-player participant in it (unlike the Astros' manager and GM, who were punished simply for being aware of the cheating and not doing anything to stop it).

After the Astros' championship win in 2017, the Boston Red Sox hired Cora for team manager beginning in 2018, and he led the Red Sox to its own World Series victory that year. MLB did not announce a punishment for Cora at the same time they announced the punishment for the Astros managers because MLB is now separately investigating whether Cora may have established another sign-stealing scheme in Boston during the Red Sox' 2018 season, and announced it would defer any punishment decision until after that investigation was done with. Boston's front office, though has decided not to wait.

There is one more individual who along with Cora who is considered largely responsible for the 2017 scheme, and that is Carlos Beltrán, the Astros' then-DH. After the team won the World Series that year, Beltrán announced his retirement as a player, but he has since begun coaching, and at the end of last year the New York Mets announced that he'd been hired to manage the team for 2020. Two weeks after that announcement, the scandal broke. The Mets have not since rescinded his job, and the MLB during their investigation had publicly stated they didn't intend to punish players who had benefited from the sign-stealing scheme, only the team leaders responsible for creating or allowing it. But Beltrán was actually one of the creators of the scheme, not just a player who benefited - and he's a team manager now. It's got people wondering if that will mean he's in trouble after all.
Reactions: Katheryne Helendale and Isabeau