Chivalry was basically high school locker room bullies with deadly weapons. It also sucked for the horses it was named after. Can you name a single horse from that era other than Rocinante, who was fictional and in a parody of the whole schtick?

(I had to Google them but I remembered that both El Cid and Roland had famous horses, even though I'd forgotten their names).

It comes from horseman (knight), not really “horse”,

I have now officially become an Actually person.

Chivalry was a literary genre, though, wasn't it, rather than how anyone actually behaved in real life, other than, perhaps, as part of formal game at court?

our belief that chivalry was a firmly controlling code of conduct, or even as prohibitive as a set of laws, is entirely anachronistic. This fallacy came about with the "re-discovery" of chivalry in the Victorian Era when the idea was embraced by an increasingly politically marginalized aristocracy and authors who wanted to spin creative tales of pageantry and adventure. As such, our impression that knights roamed the countryside in highly stylized accoutrements battling evil and selflessly saving those in need is the product of art or literature generated long after chivalry ceased to be a factor on the battlefield.
Click to expand...

Knighthood As It Was, Not As We Wish It Were | Origins: Current Events in Historical Perspective

They just don't make 'em like they used to.

Historians tend to look at laws and codes (chivalry, bushido, etc) as guides to what people were not doing. If everybody is running around acting all noble and shit, you don't need to write long-ass poems exhorting knights to run around and be noble.
Reactions: Ashiri, Lexxi and Innula Zenovka

And it surely wasn’t about being more like a horse.

Veritable Quandry said:
Historians tend to look at laws and codes (chivalry, bushido, etc) as guides to what people were not doing. If everybody is running around acting all noble and shit, you don't need to write long-ass poems exhorting knights to run around and be noble.
Click to expand...

Given what I know of my country's history, I am struggling to think of when all these chivalric chaps were clanking around righting wrongs.

The Anglo-Normans were a pretty vile bunch. Well, most medieval monarchs, really -- sort of went with the job.

When the traitors saw that Stephen was a good-humoured, kindly, and easy-going man who inflicted no punishment, then they committed all manner of horrible crimes…For every great man built him castles and held them against the king; and they filled the whole land with these castles. They sorely burdened the unhappy people of the country with forced labour on the castles; and when the castles were built, they filled them up with devils and wicked men. By night and by day they seized those whom they believed to have any wealth, whether they were men or women; and in order to get their gold and silver, they put them into prison and tortured them with unspeakable tortures
[....]
And men said openly that Christ and His saints slept.
Click to expand...


32 When Christ and his Saints Slept – The History of England
Reactions: Soen Eber and Veritable Quandry

Well, his father-in-law is worth $400 million, so probably not far.

Argent Stonecutter said:
Chivalry was basically high school locker room bullies with deadly weapons. It also sucked for the horses it was named after. Can you name a single horse from that era other than Rocinante, who was fictional and in a parody of the whole schtick?
Click to expand...

Cheval is horse in French. Chevalier then was horseman, particularly someone who fought on horseback. They were the upper class of soldiers, because most people couldn't afford a horse, and the armor for themselves and their horse. The equivalent in English is "knight".

"Chivalry" as a cultural movement began with women like Eleanor of Aquitaine, and stories told by the troubadours of France. It was intended to make those knights behave, because they *were* locker room bullies who thought nothing of kidnapping and raping women. It gave them rules to follow in order to be "acceptable" to enter tournaments or hang around court. The lure for the knights were seriously valuable prizes in the tournaments, grants of land from the higher nobility, and meeting and marrying wealthy heiresses.

The customs of respect and courtesy to others were passed down almost to the present day as "behaving like a lady or gentleman should". From the 1200s to today, a large portion of society never followed these customs.
Reactions: Rose Karuna and WolfEyes

This assignment of chivalry rules for students reminds me very much of my son's high school when he was there over twenty years ago. Each football player was assigned one or two girls in the class who had to "help & inspire" the players. Each day they were to write little notes cheering on the boys & telling them how wonderful they were. The girls also were to bake cookies, cupcakes & other goodies for the boys as treats. The girls assigned to them were also supposed to carry their books to class & do other helpful things that the boys asked them to do. There was never a word on what the boys were supposed to do other than play football. The girls didn't seem to have a problem with it since they were used to seeing their moms do similar things for their fathers & the rest of the family. I'm sure it helped get more boys turning out for football. I don't remember if this was done for boys in other sports there but it was one of those schools where football was the main sport both for the school & the rest of the small town. If you went to social functions at the school or in town you couldn't help but notice that most of the women congregated together on a different side of the room from the men. The women waited on the men & were quiet when the men talked - which was most of the time. When I first moved to the area in 1979 & saw all this I was shocked & felt like I'd entered a time machine back to the 1950's.
Reactions: Beebo Brink, Katheryne Helendale, Isabeau and 2 others

Yeh, I was going to say "20 years ago?"... it sounds more like 70 years ago.
Reactions: Katheryne Helendale, Rose Karuna and Maggy Hazelnut 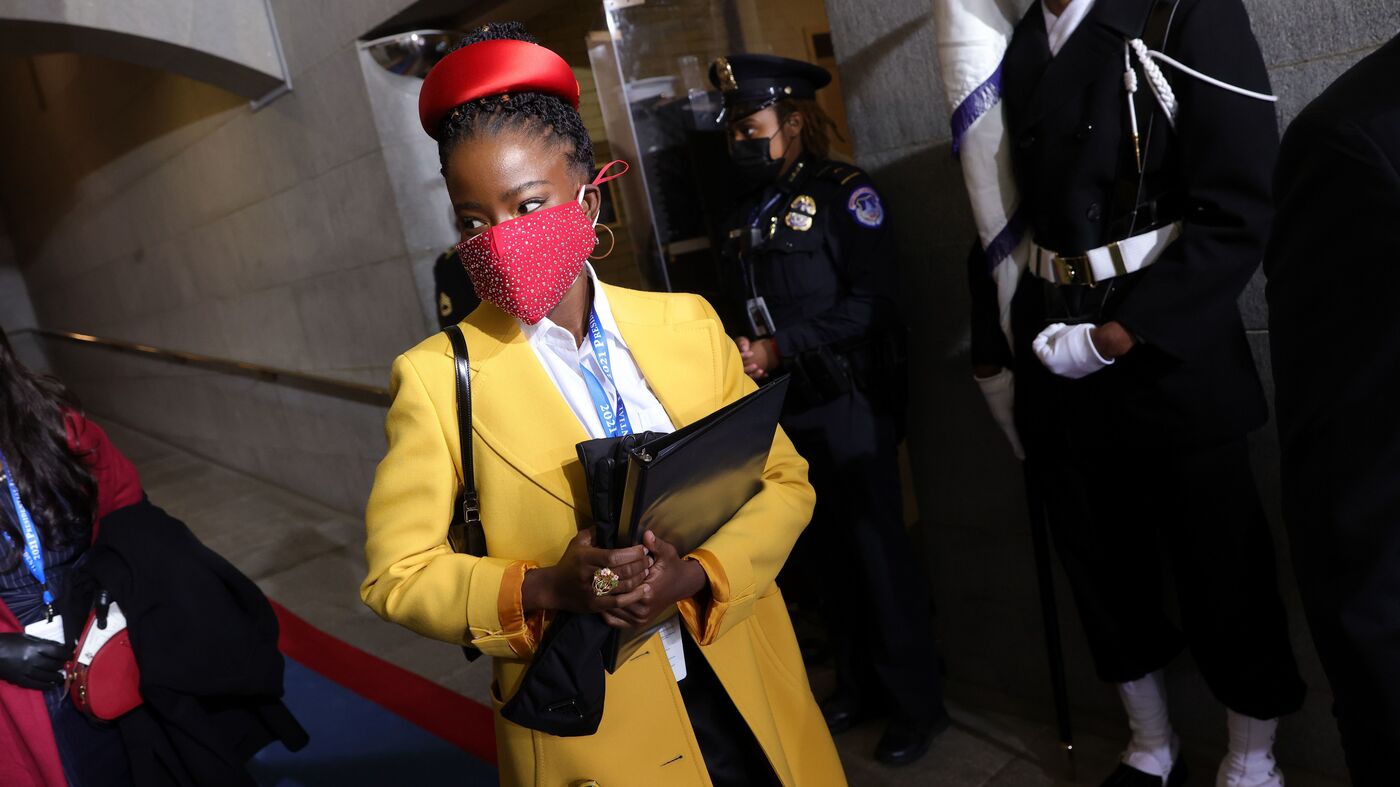 'This Is The Reality Of Black Girls': Inauguration Poet Says She Was Tailed By Guard

Amanda Gorman, who became a sensation after her poem at Joe Biden's inauguration, says a security guard told her she looked "suspicious."

Lake of the Ozarks Realtor Offered $1.5K to Have Her Former Mother-in-Law Killed: Prosecutors

The self-described “cheer mom” allegedly gave her daughter a heads up in a text message, writing, “your grandmother will die.”

Bauman was recorded discussing the scheme, according to a press release from the Camden County prosecutor’s office. She was given multiple opportunities to change her mind when asked by a witness-turned-informant if she was sure she wanted to carry out the killing, prosecutors said, but she moved ahead with it, at one point acknowledging that she was a Christian but noting she could always ask for forgiveness later.
Click to expand...

A moment's thought should have told her that, if he was willing to accept $1,500, if he wasn't a police informer already, he certainly would be after he inevitably got himself arrested and started trying to make deals.
Reactions: Beebo Brink, Katheryne Helendale, Maggy Hazelnut and 2 others

A Missouri pastor sparked outrage following a sermon he gave that many are calling sexist and misogynistic.

Pastor Stewart-Allen Clark of Missouri's Malden First General Baptist Church said in his Sunday sermon that women should look to maintain their figures and lose weight in order to keep their husband's attention. He also used a photo of former first Lady Melania Trump as an example of what women should aspire to.

"Now look, I'm not saying every woman can be the epic, epic trophy wife of all time like Melania Trump. I'm not saying that at all," Clark said as a photo of Trump was displayed on screen. "Most women can't be trophy wives, but you know, maybe you're a participation trophy. I don't know, but all I can say is not everybody looks like that. Amen! Not everybody looks like that. But you don't need to look like a butch either."
Click to expand...

A Missouri pastor sparked outrage following a sermon he gave that many are calling sexist and misogynistic. 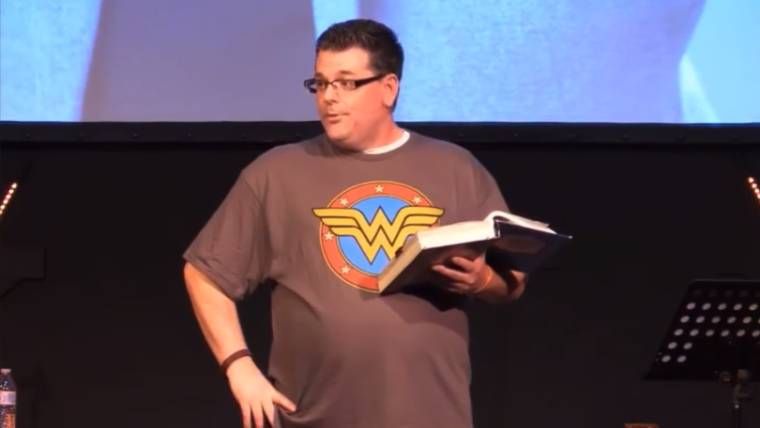 What a catch he is.
Reactions: Katheryne Helendale, Ryanna Enfield, Isabeau and 3 others

I'd be willing to see a woman wearing a Wonder Woman t-shirt kick his ass.