After the Shadows left, one of their allies invaded Centauri Prime. These creatures are parasites that have high telepathic abilities. They wrap themselves around the necks of their hosts and control them, using telepathy to be effectively invisible.

Years after the events of the series, Molari is Emperor and infected by one of these creatures. Sheridan and Delenn are captured by the Centuri, and Molari has sentenced them to death. But he wants them to escape and get help for his people. So he gets drunk, since he has a higher tolerance for alcohol than the parasite, and arranges their escape. But once the parasite wakes up, it will tell the others what Molari has done. So before he sobers up, G’Kar strangles him. The parasite wakes up and senses the attack, so it makes Molari strangle G’Kar. That is why they die with their hands around each other’s throats, so that Sheridan and Delenn can escape.
Last edited: Jan 24, 2020

I did see that in the episode where Babylon 4 was taken to the past. Dalenn was a prisoner but Sheridan was there due to the temporal fluctuations. I thought that was a possible future that wouldn’t happen because the Shadow War was ultimately averted and G’kar was fitted with an electronic eyeball then went away on pilgrimmage. 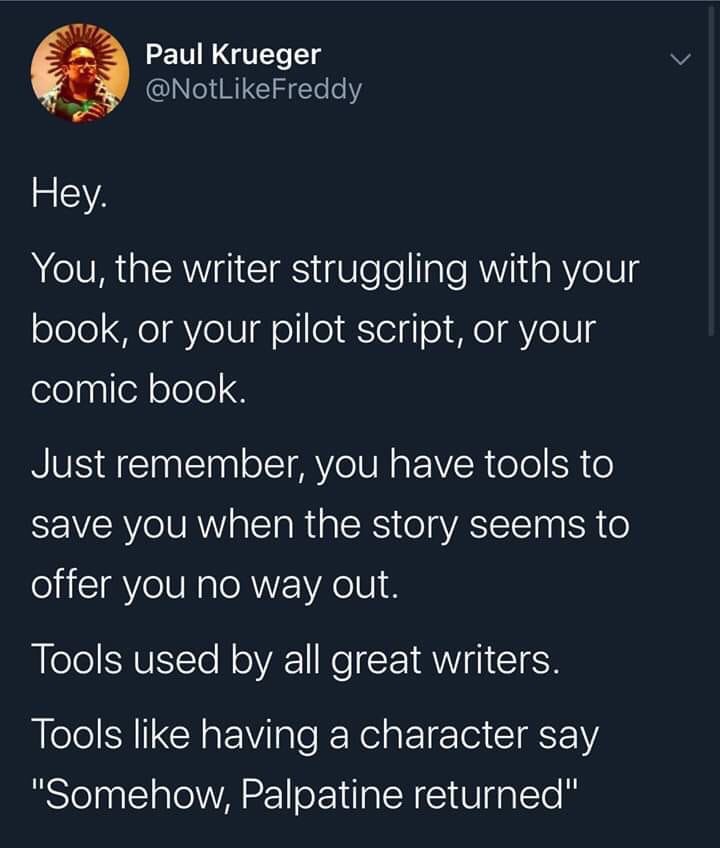 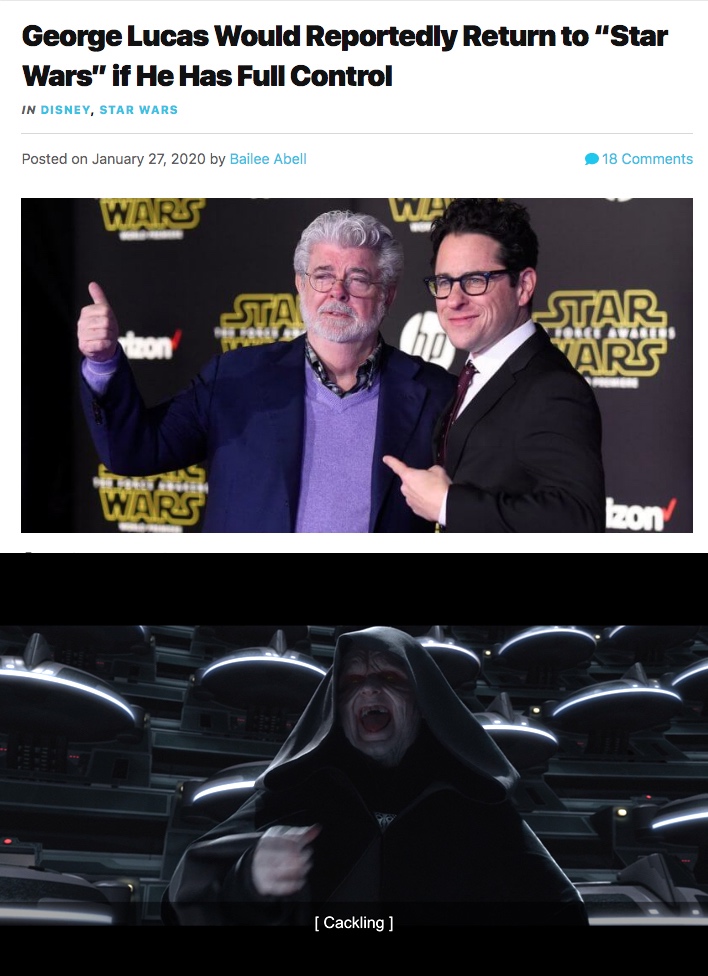 I have been watching through Quantico.

Something fun but totally pointless I noticed, but it sort of parallels the dual timelines gimmick.

Every episode so far (Except the First), starts and ends with a song by the same artist.

There is music from other people in the middle, but the opening and closing do this every time.


It's a looooong thread, you may have to click the last tweet in line to see the rest of them if it seems to stop too early, they watch the whole movie to the end.
Reactions: Erich Templar, Zaida Gearbox and Ava Glasgow

Dakota Tebaldi said:
This thread of someone watching Raiders of the Lost Ark for the first time made my night ^^


It's a looooong thread, you may have to click the last tweet in line to see the rest of them if it seems to stop too early, they watch the whole movie to the end.
Click to expand...

I haven't seen it in years - probably around the time it came out. Now I want to watch it again!
Reactions: Dakota Tebaldi
Z

You'd have to be living under a rock to not know Harrison Ford is Indiana Jones.

I'm not at all a fan of dubbing. Unless it's in animation, I guess. Some people like it for tv series and such. We have voice actors here who always dub the same actors so that people get so used to them, they identify their voice with the famous person. It's also, I think, a nostalgia thing. It reminds them of their youth and the shows they watched (many American shows/movies were, and are, still dubbed). Strangely, many or most "foreign" films shown are subtitled, and not dubbed, although we do sometimes get the choice. We also get many more foreign movies than the rest of Canada, probably because we are simply more used to it. Personaly, I just can't get used to dubbing.

Anyhow, if he doesn't even go to see movies that often, why does he even share his thoughts on this subject, and why should we care? Man, we have really entered the age of opinions.
Reactions: Ryanna Enfield and Innula Zenovka

Isabeau said:
Anyhow, if he doesn't even go to see movies that often, why does he even share his thoughts on this subject, and why should we care? Man, we have really entered the age of opinions.
Click to expand...

Oh Isabeau - I don't know what the opinion in Canada has been like, but here in the US this isn't just random. Parasite specifically beating Joker out for Best Picture has driven certain people absolutely insane. I'm talking foaming-with-rage.
Reactions: Ryanna Enfield and Isabeau

It's so beautiful. *tears up*
Reactions: Isabeau, Lady Darnk Juniorette and Dakota Tebaldi

Free said:
It's so beautiful. *tears up*
Click to expand...