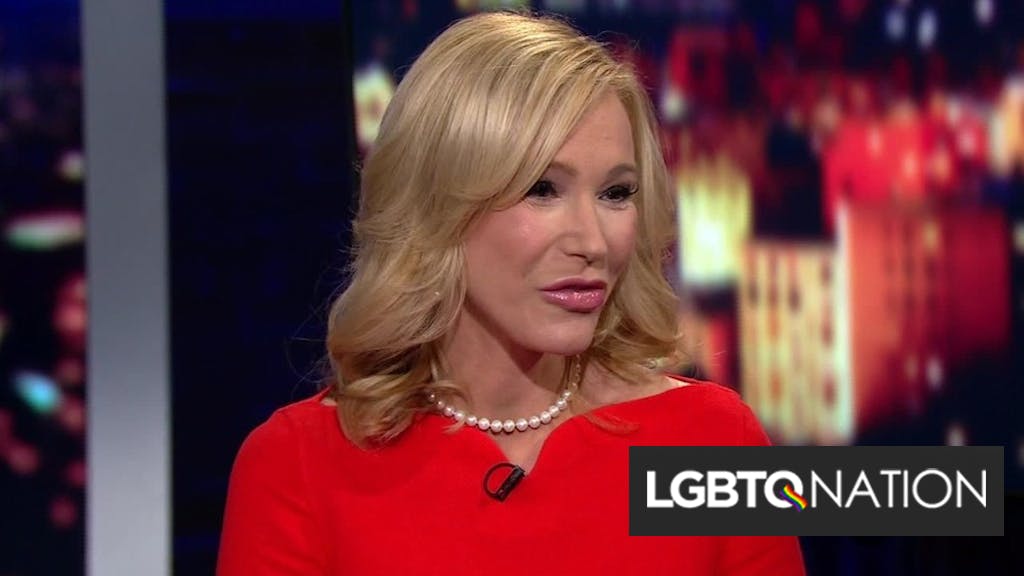 Televangelist and Trump "spiritual adviser" Paula White is putting together a "who's who" of anti-LGBTQ activists...

ETA -- they've obviously thought better of it, as the Tweet has been deleted.

It was there, complete with contemporary newsreel footage -- I can't embed the copy but here's a link

Yeah, the world is aware of this already.

Tyler, Texas is my father's hometown (I grew in Austin, thank god). So yeah, this is why I left Texas and I have very little contact with my father's side of the family.
Reactions: Myradyl Muse, Jolene Benoir, Rose Karuna and 3 others

Remember how American politics were described in "Around the World in 80 Days"?

Argent Stonecutter said:
Remember how American politics were described in "Around the World in 80 Days"?
Click to expand...

This was the "man of normal courage" era. People were injured or killed getting to the ballot box. Verne made this one of the encounters Fogg and his companions had to get through.

They soon found themselves in Montgomery Street, where a great crowd was collected; the side–walks, street, horsecar rails, the shop–doors, the windows of the houses, and even the roofs, were full of people. Men were going about carrying large posters, and flags and streamers were floating in the wind; while loud cries were heard on every hand.


It was a political meeting; at least so Fix conjectured, who said to Mr. Fogg, "Perhaps we had better not mingle with the crowd. There may be danger in it."


"Yes," returned Mr. Fogg; "and blows, even if they are political are still blows."


Fix smiled at this remark; and, in order to be able to see without being jostled about, the party took up a position on the top of a flight of steps situated at the upper end of Montgomery Street. Opposite them, on the other side of the street, between a coal wharf and a petroleum warehouse, a large platform had been erected in the open air, towards which the current of the crowd seemed to be directed.


For what purpose was this meeting? What was the occasion of this excited assemblage? Phileas Fogg could not imagine. Was it to nominate some high official—a governor or member of Congress? It was not improbable, so agitated was the multitude before them.


Just at this moment there was an unusual stir in the human mass. All the hands were raised in the air. Some, tightly closed, seemed to disappear suddenly in the midst of the cries—an energetic way, no doubt, of casting a vote. The crowd swayed back, the banners and flags wavered, disappeared an instant, then reappeared in tatters. The undulations of the human surge reached the steps, while all the heads floundered on the surface like a sea agitated by a squall. Many of the black hats disappeared, and the greater part of the crowd seemed to have diminished in height.


"It is evidently a meeting," said Fix, "and its object must be an exciting one. I should not wonder if it were about the Alabama, despite the fact that that question is settled."


Aouda, leaning upon Mr. Fogg's arm, observed the tumultuous scene with surprise, while Fix asked a man near him what the cause of it all was. Before the man could reply, a fresh agitation arose; hurrahs and excited shouts were heard; the staffs of the banners began to be used as offensive weapons; and fists flew about in every direction. Thumps were exchanged from the tops of the carriages and omnibuses which had been blocked up in the crowd. Boots and shoes went whirling through the air, and Mr. Fogg thought he even heard the crack of revolvers mingling in the din, the rout approached the stairway, and flowed over the lower step. One of the parties had evidently been repulsed; but the mere lookers–on could not tell whether Mandiboy or Camerfield had gained the upper hand.


"It would be prudent for us to retire," said Fix, who was anxious that Mr. Fogg should not receive any injury, at least until they got back to London. "If there is any question about England in all this, and we were recognised, I fear it would go hard with us."


He did not finish his sentence; for a terrific hubbub now arose on the terrace behind the flight of steps where they stood, and there were frantic shouts of, "Hurrah for Mandiboy! Hip, hip, hurrah!"


It was a band of voters coming to the rescue of their allies, and taking the Camerfield forces in flank. Mr. Fogg, Aouda, and Fix found themselves between two fires; it was too late to escape. The torrent of men, armed with loaded canes and sticks, was irresistible. Phileas Fogg and Fix were roughly hustled in their attempts to protect their fair companion; the former, as cool as ever, tried to defend himself with the weapons which nature has placed at the end of every Englishman's arm, but in vain. A big brawny fellow with a red beard, flushed face, and broad shoulders, who seemed to be the chief of the band, raised his clenched fist to strike Mr. Fogg, whom he would have given a crushing blow, had not Fix rushed in and received it in his stead. An enormous bruise immediately made its appearance under the detective's silk hat, which was completely smashed in.


"Englishman!" returned the other. "We will meet again!"


"Phileas Fogg. And yours?"


The human tide now swept by, after overturning Fix, who speedily got upon his feet again, though with tattered clothes. Happily, he was not seriously hurt. His travelling overcoat was divided into two unequal parts, and his trousers resembled those of certain Indians, which fit less compactly than they are easy to put on. Aouda had escaped unharmed, and Fix alone bore marks of the fray in his black and blue bruise.


"Thanks," said Mr. Fogg to the detective, as soon as they were out of the crowd.


Such a visit was, indeed, opportune. The clothing of both Mr. Fogg and Fix was in rags, as if they had themselves been actively engaged in the contest between Camerfield and Mandiboy. An hour after, they were once more suitably attired, and with Aouda returned to the International Hotel.


Passepartout was waiting for his master, armed with half a dozen six–barrelled revolvers. When he perceived Fix, he knit his brows; but Aouda having, in a few words, told him of their adventure, his countenance resumed its placid expression. Fix evidently was no longer an enemy, but an ally; he was faithfully keeping his word.


Dinner over, the coach which was to convey the passengers and their luggage to the station drew up to the door. As he was getting in, Mr. Fogg said to Fix, "You have not seen this Colonel Proctor again?"


"I will come back to America to find him," said Phileas Fogg calmly. "It would not be right for an Englishman to permit himself to be treated in that way, without retaliating."


The detective smiled, but did not reply. It was clear that Mr. Fogg was one of those Englishmen who, while they do not tolerate duelling at home, fight abroad when their honour is attacked.


At a quarter before six the travellers reached the station, and found the train ready to depart. As he was about to enter it, Mr. Fogg called a porter, and said to him: "My friend, was there not some trouble to–day in San Francisco?"


"It was a political meeting, sir," replied the porter.


"But I thought there was a great deal of disturbance in the streets."


"It was only a meeting assembled for an election."


"The election of a general–in–chief, no doubt?" asked Mr. Fogg.


Phileas Fogg got into the train, which started off at full speed.
Click to expand...

Argent Stonecutter said:
This was the "man of normal courage" era. People were injured or killed getting to the ballot box. Verne made this one of the encounters Fogg and his companions had to get through.
Click to expand...

Nattering on, as I might do ofttimes, on the day I first voted (in the garage next door on Gough Street in San Francisco), my heart beat faster at the banner beneath that day's San Francisco Chronicle's logo: "To the poles, ye sons and daughters of Freedom." Even typing it now, it sets my heart aflutter and my eyes well.
Reactions: Jolene Benoir, Ryanna Enfield and Isabeau

Govi said:
"To the poles, ye sons and daughters of Freedom."
Click to expand... 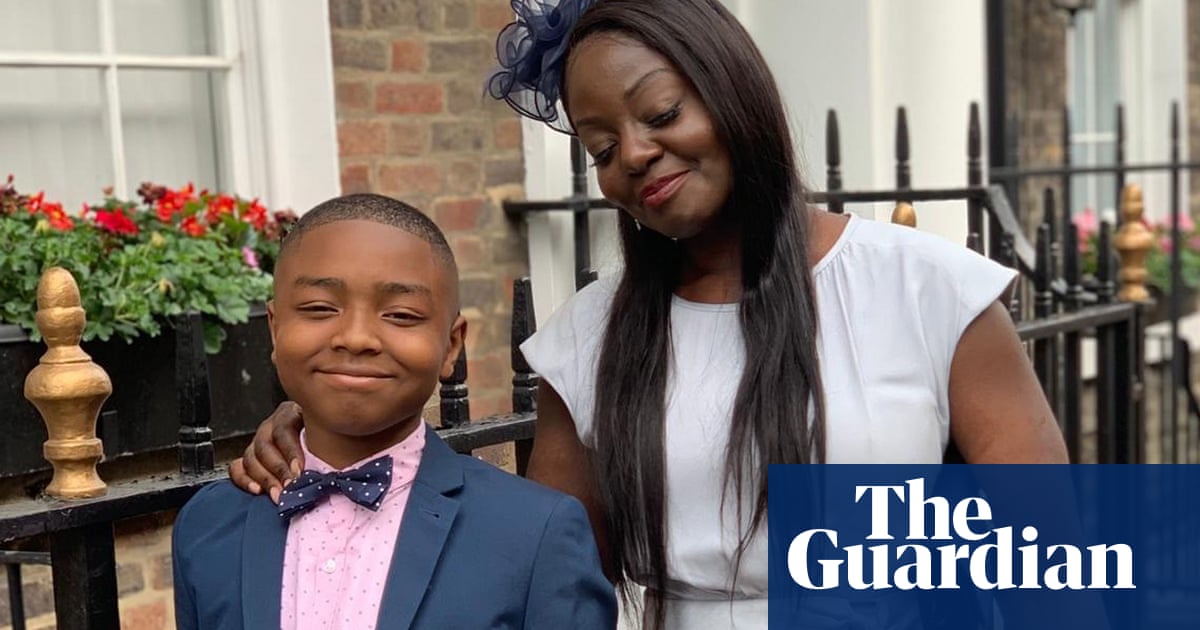 It shouldn't have happened, of course,though I wonder what was said in the emergency call that caused them to send out an armed response unit, but I shudder to think what the story would have been had this happened in the US.
Reactions: Myradyl Muse, Jolene Benoir, Beebo Brink and 3 others 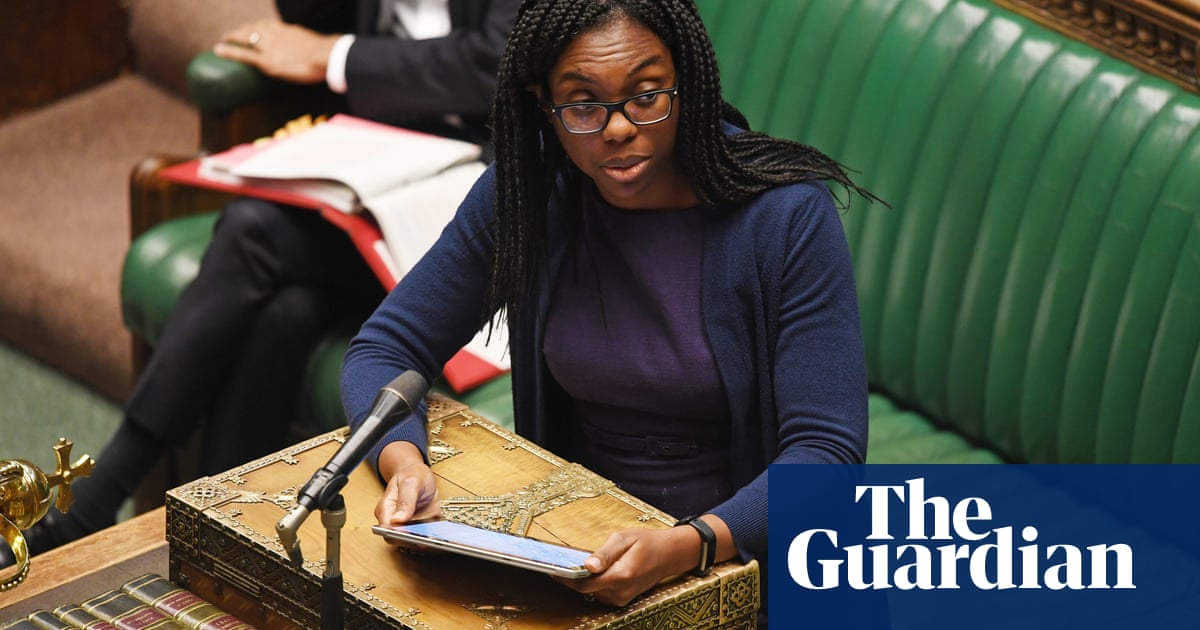 Typical of this government that they send out a minister to defend the police action who clearly hasn't bothered to inform herself of the key facts.

“I think it must be quite a frustrating and sensitive situation to find yourself in. I have been in situations where I have been questioned by the police and at no point did I feel they were going to kill me,” said Badenoch, who is the government’s equalities minister and leading a review into race equality in the UK.

“I don’t think we should be using this sort of language where people feel unarmed police officers try to kill people on the streets. We’re hearing a lot of this rhetoric that is simply not true.

“We should not be trying to inflame tensions in this way by talking about police killing people when this is certainly not true.”

Told by the presenter that the police were armed, she said: “Oh right, I wasn’t aware of that.”

“Well in that case that is something that can be reviewed. I don’t think anyone should be in a situation where they feel frightened.

She added: “It’s not for me to challenge operational policing based on one story in the media.”
Click to expand...

What the actual fuck is this? I don't even know how to describe it. Just watch the video... at first it looks like they are filming the aftermath of a bombing in Beiruit, which is sad, but not shocking. Then the whole fucking city explodes. I haven't seen an explosion that big since the death star blew up Alderan. Is this a conventional weapon? Quick searches show the authorities either don't know or aren't saying yet.

bubblesort said:
What the actual fuck is this? I don't even know how to describe it. Just watch the video... at first it looks like they are filming the aftermath of a bombing in Beiruit, which is sad, but not shocking. Then the whole fucking city explodes. I haven't seen an explosion that big since the death star blew up Alderan. Is this a conventional weapon? Quick searches show the authorities either don't know or aren't saying yet.

Another one. https://www.cnbc.com/2020/08/03/trump-appointee-merritt-corrigan-fired-from-usaid-amid-anti-lgbtq-tweets.html Corrigan, who had only held her post for several months, wrote on Twitter that she had been targeted for her “Christian beliefs.” Corrigan had written on Twitter on...