Tigger said:
Surprise! no wait, not a surprise, the other thing. the thing thats the opposite to a surprise. 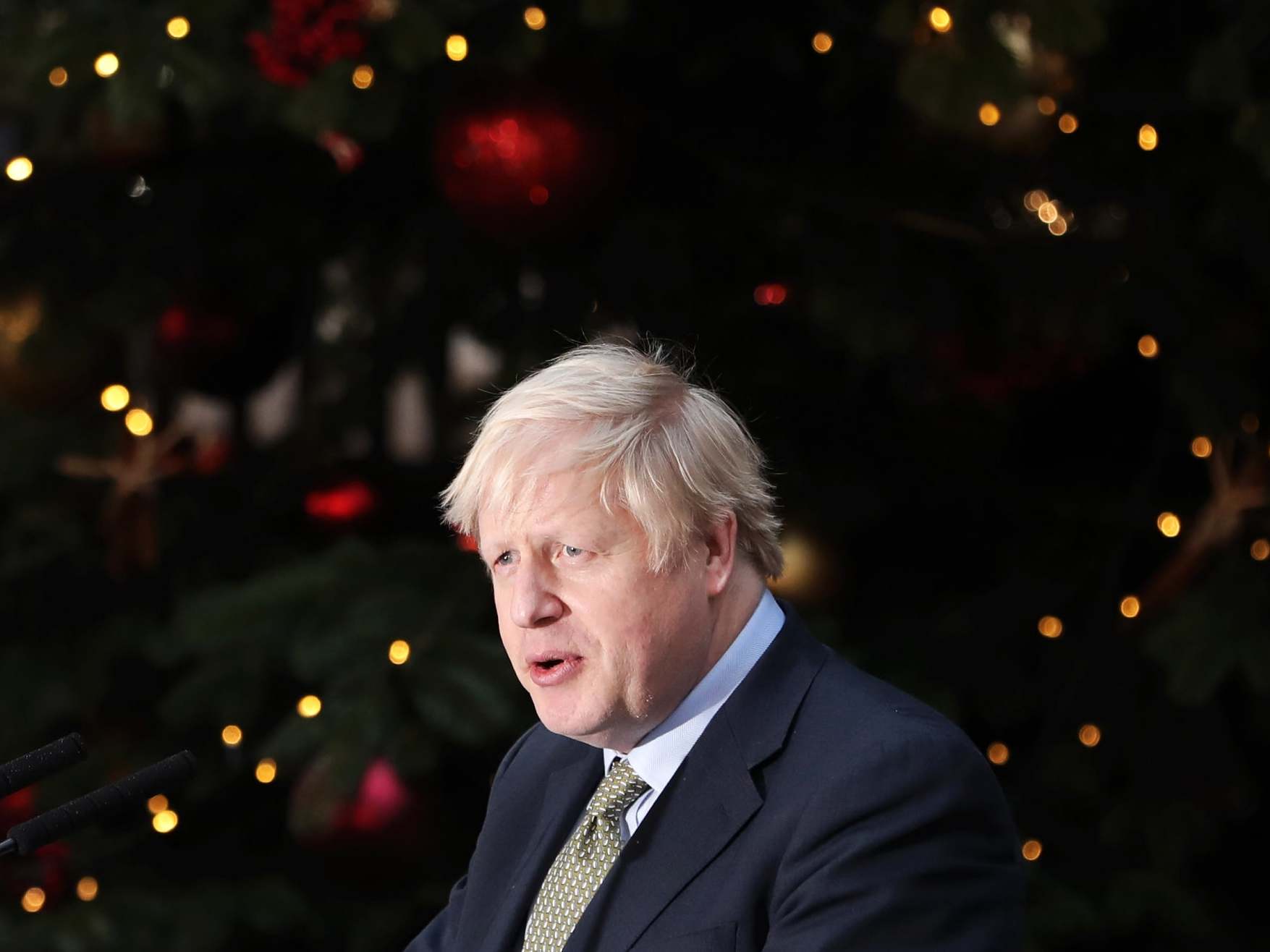 Boris Johnson could ditch promise to guarantee workers' rights and environmental protections after Brexit, No 10 suggests

In Germany we have a phrase:
Was schert mich mein Geschwätz von gestern
"What do I care about my gossip from yesterday?" 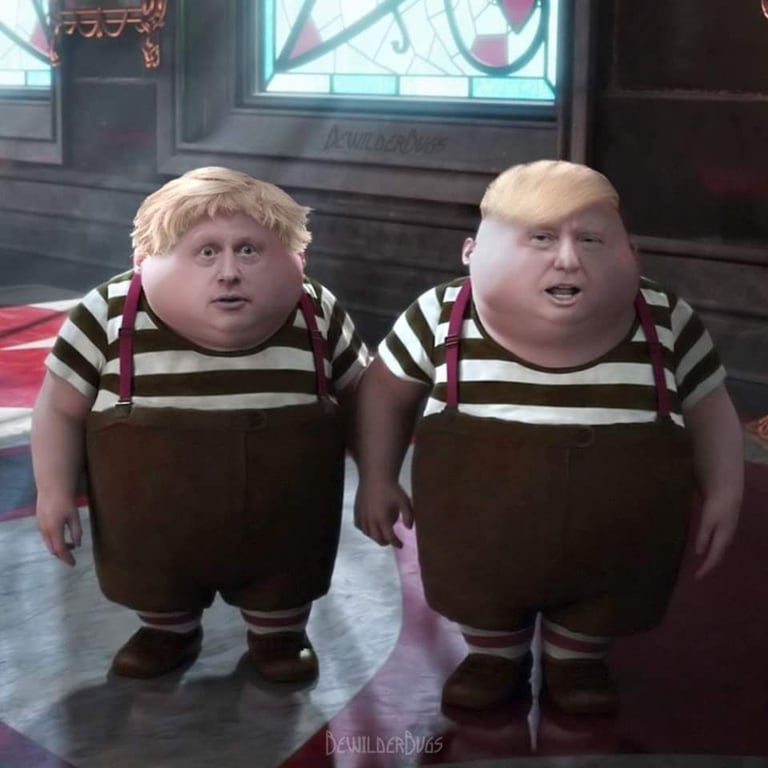 
A network of social media accounts connected to a leak of US-UK trade documents has also spread false news stories online, a BBC investigation has discovered.
The accounts, which have been linked to Russia, used the community section of BuzzFeed and other open-access websites to publish and promote fake stories, highly partisan content and conspiracy theories.
BuzzFeed and the question-and-answer website Quora have removed some material after they were approached by the BBC.
The leak
The network's activity became an issue during the general election, after leaked US-UK trade documents were posted on discussion website Reddit.
Less than a week before the vote, Reddit announced that the accounts and the leak - which was highlighted during the campaign by Labour Party leader Jeremy Corbyn - were linked to Russia.
Click to expand...

Clickbait junkyard Buzzfeed and Russian trolls - sounds to me like a match made in heaven!

If you see all the baloney that is spread for years and years and during the several campaigns by the British tabloids, what damage can a few Russian trolls still do?
Reactions: Innula Zenovka

BoJo praises the "vastly more democratic parliament", due to more females and minorities being part of it; wants to leave the EU by 31st of January 2020:

You have what appears to be a real document posted to reddit by an aparently non-native speaker who appears to not be able to capitalize on it for not being able to articulate why it's important, pointing to random parts of it and inadequately describing those passages. Failing to get attention, he then spams politicians, celebrities and conspiracy groups.

It apparently took a native speaker (Jeremy Corbyn? Sorry, I don't know who first picked this up) to describe why the document was important and attach a real-world, understandable concern to it.

The GRU knows English well enough to have done that themselves. Why didn't they?

The leak apparently happened in July, with the Daily Telegraph reporting on information now known to have come from this document or a summary of it. The Labour Party won't say where it got its copy, but a redacted copy from a Freedom of Information request (does the UK have that, too, or was that a request made of the US govt?) seems to confirm the leaked document is legit.

I'm not going to be shocked when we learn this was the work of Guccifer 2.0 LOL.

Anya Ristow said:
I'm not going to be shocked when we learn this was the work of Guccifer 2.0 LOL.
Click to expand...

Ben Nimmo is on the case LOL. It's the work of "Secondary Infektion".

I daresay we can expect a bit more of this over the next five years - 'compare and contrast'...
Britain’s highest-paid boss takes £57 million pay rise at Bet 365
Study shows 'one in every 200 people in England is homeless'
Reactions: Brenda Archer

Very questionable honours for the Labour party under Jeremy Corbyn:

Or in other words: he scored place one in their 2019 top 10 anti-semitic list of the Simon Wiesenthal Center.

Twitter thread.... Johnson's made changes to his brexit plan.

It's every bit as bad as you might fear.

Captain Obvious didn't even took the time for a christmas vacation - amazing! And I thought BoJo wanted to give the country a well deserved break!

What still amazes me like nothing else is that while most people won't trust Johnson enough to let him alone within their family for more than a few minutes, enough do trust him to be able to manage Brexit in a way to want to see it happen.

MPs have backed Prime Minister Boris Johnson's plan for the UK to leave the EU on 31 January.
They voted 358 to 234 - a majority of 124 - in favour of the EU (Withdrawal Agreement) Bill, which now goes on to further scrutiny in Parliament.
The bill would also ban an extension of the transition period - during which the UK is out of the EU but follows many of its rules - past 2020.
Earlier, Boris Johnson argued that it would allow the UK to "move forward".
Labour leader Jeremy Corbyn told his MPs to vote against it, saying there was "a better and fairer way" to leave the EU.

That was to be expected, I guess.
The voters gave the Conservatives a strong majority mainly because of getting the Brexit done.
January 31 will be departure day then.

Sid said:
The voters gave the Conservatives a strong majority mainly because of getting the Brexit done.
Click to expand...

Or because Corbyn was confusing AF and FPTP.

I guess Corbyn's problems were:

a) avoiding a clear position on Brexit for far too long
b) many people in the UK really do find him dislikable.

BoJo on the other hand had a clear position and many people do find him quite likable.

Bartholomew Gallacher said:
BoJo on the other hand had a clear position and many people do find him quite likable.
Click to expand...

People also liked Bozo the Clown, but that doesn't mean I would want him running a country.
Reactions: Isabeau, Govi and Brenda Archer

danielravennest said:
People also liked Bozo the Clown, but that doesn't mean I would want him running a country.
Click to expand...