Open carry guy gets robbed of his gun, goes to car for another gun, shootout, bystanders hit.
Reactions: Govi, GoblinCampFollower, Soen Eber and 5 others

Jalandhar: A man shot and killed his wife and her parents in his house in Shiv Nagar area in Jalandhar around Monday midnight, police said.

Kamilah Hauptmann said:
Open carry guy gets robbed of his gun, goes to car for another gun, shootout, bystanders hit.
Click to expand...

The man who was robbed of his rifle fled the scene. Moments later, police believe a third man came and shot the alleged robber again, then left.
Click to expand...

I wonder if the third man was feeling left out on the fun.
Reactions: Aribeth Zelin, Rose Karuna, Kamilah Hauptmann and 1 other person

Open carry guy gets robbed of his gun, goes to car for another gun, shootout, bystanders hit.
Click to expand...

Free said:
I wonder if the third man was feeling left out on the fun.
Click to expand... 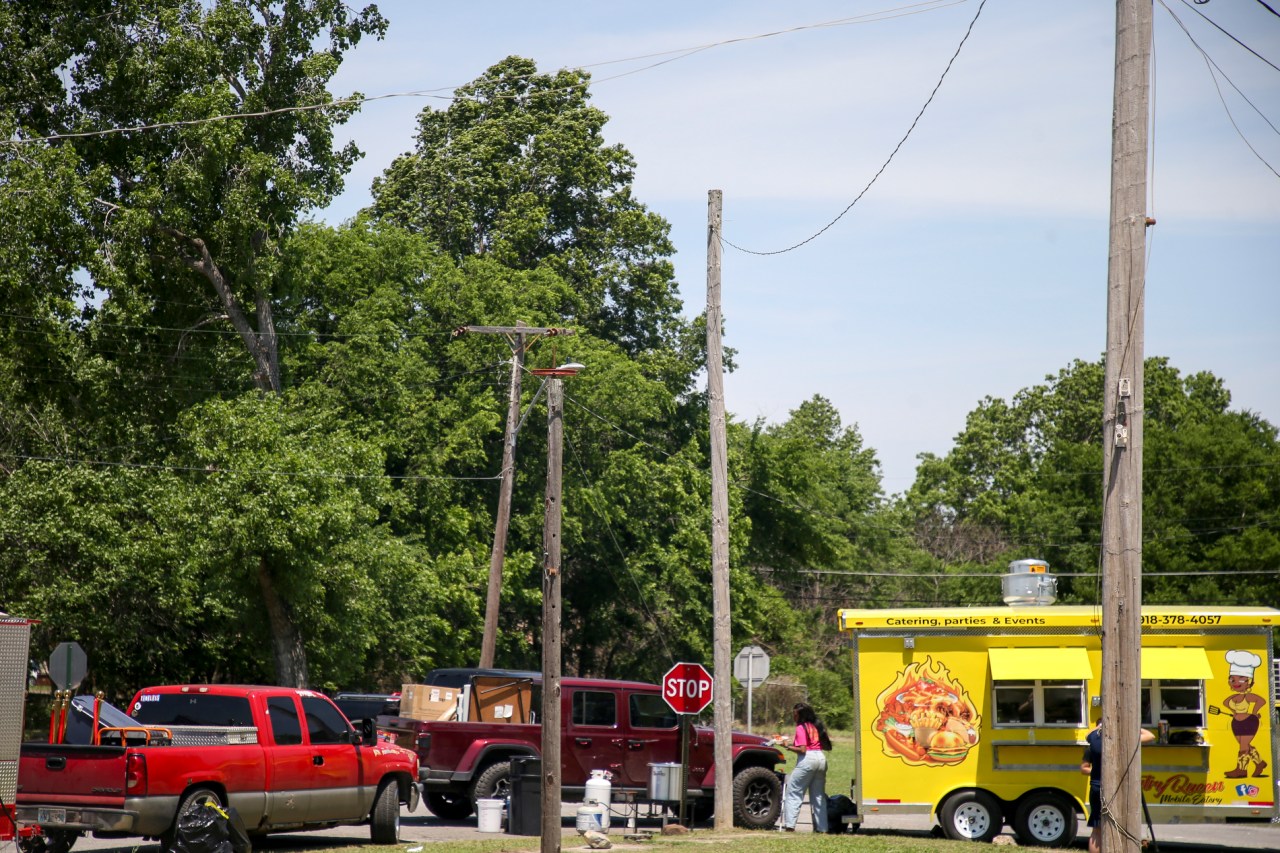 According to the Oklahoma State Bureau of Investigation, at least 1,500 people were in attendance at the annual Memorial Day outdoor festival in the Old City Square. 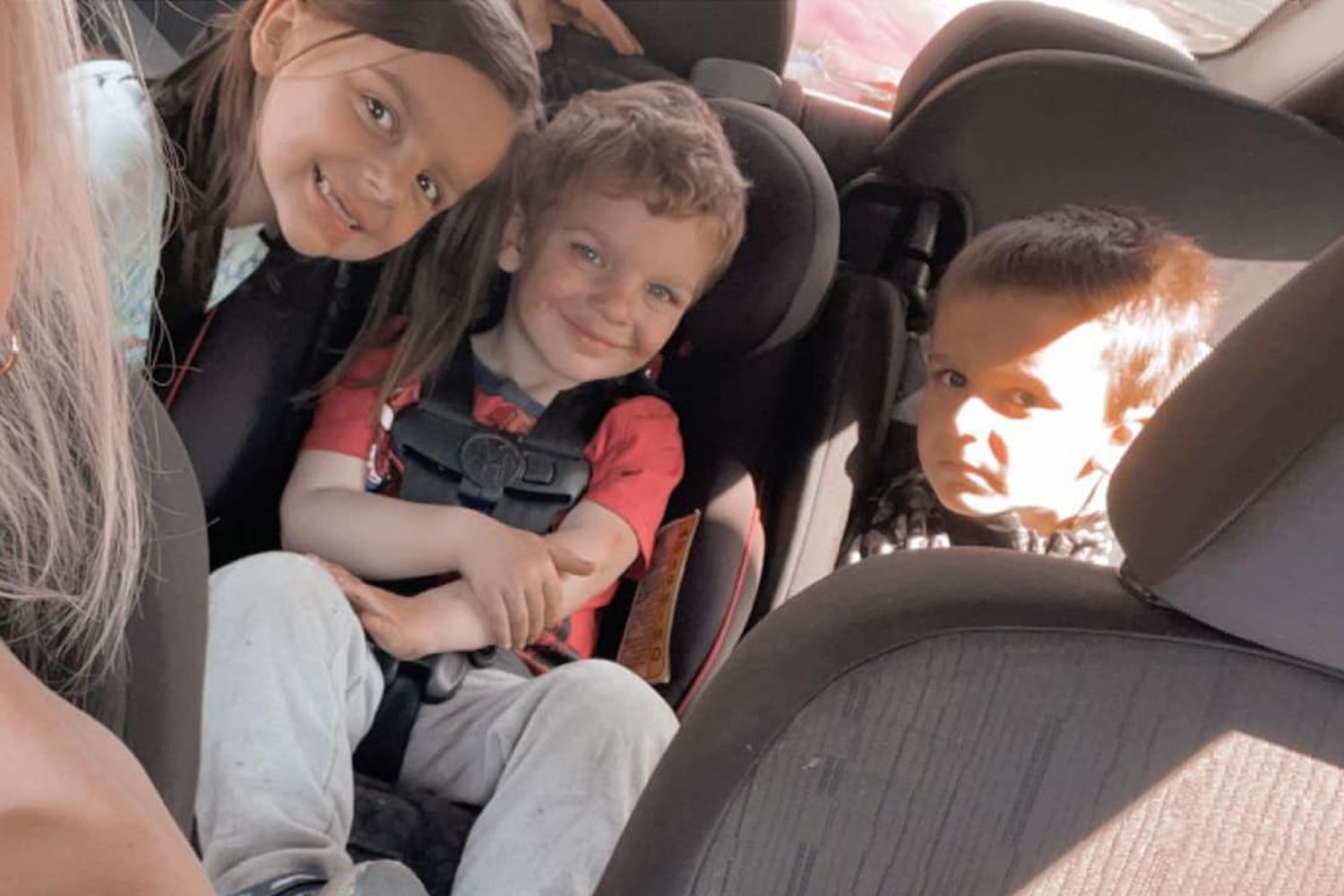 plus: Loud noise causes stampede/injury due to belief the loud noise was gun shot

About 10 people were taken to hospitals with minor injuries, police said. 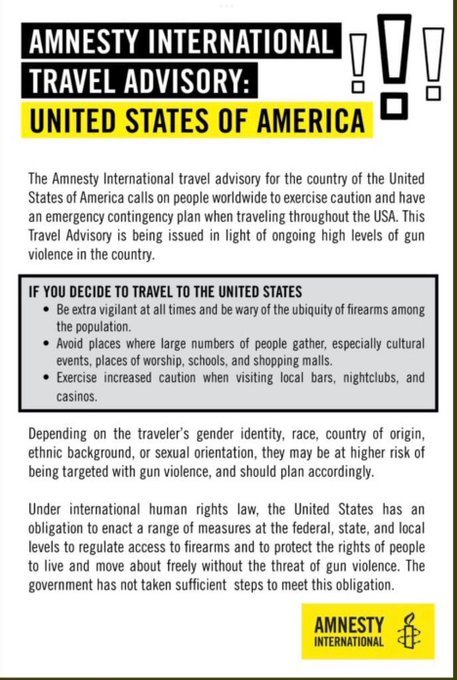 Better be careful in and near a hospital as well.

At least four people were killed Wednesday in a shooting on a hospital campus in Tulsa, Oklahoma, police said in a news conference Wednesday evening.

Gunman who killed 4 at Oklahoma medical building had been a patient of a victim, police chief says | CNN

The gunman who killed four people at a Oklahoma medical building Wednesday had been a surgery patient of one of victims, Tulsa Police Chief Wendell Franklin said in a news conference Thursday.

A man shot, killed 2 church members, then himself, outside of Ames' Cornerstone Church, sheriff says 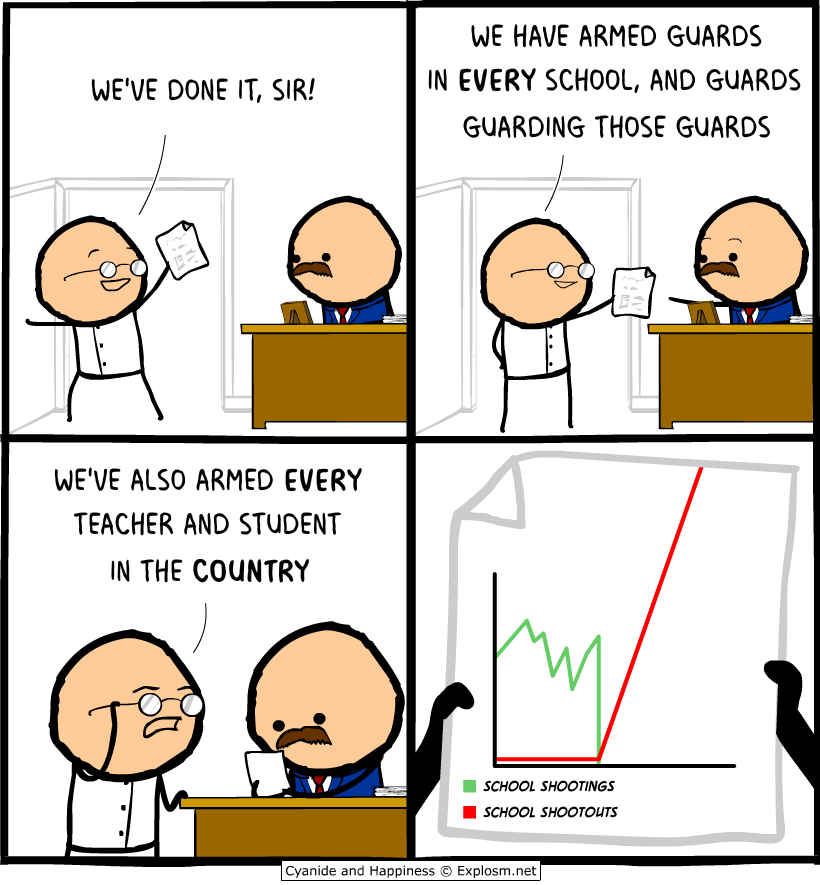 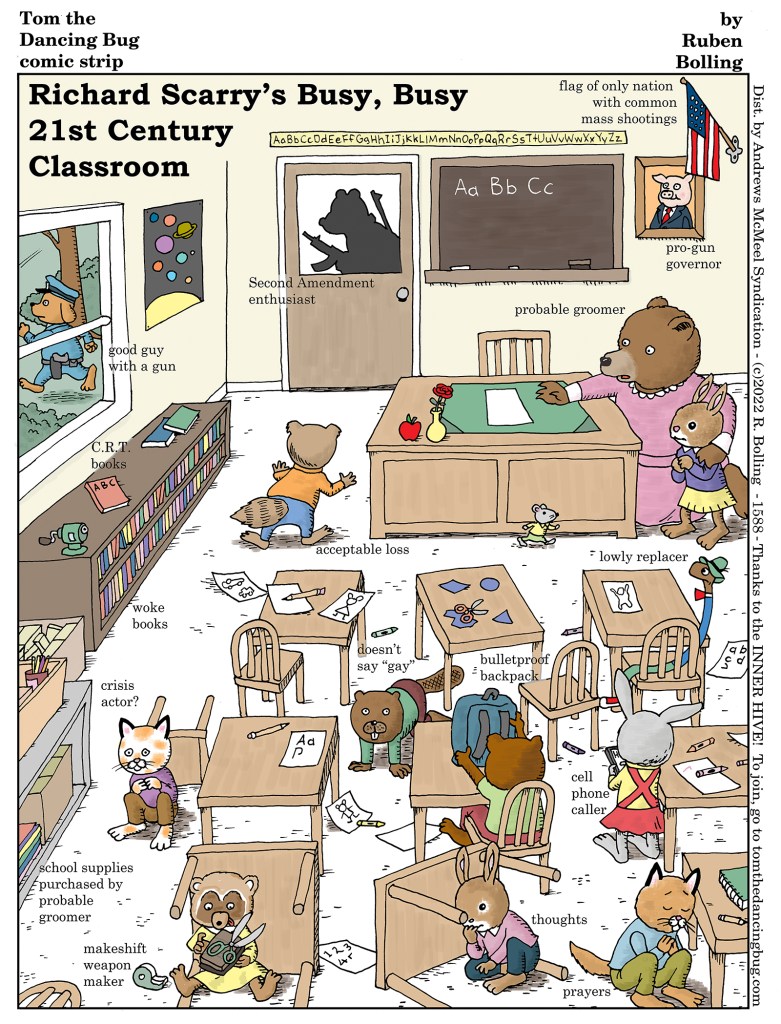 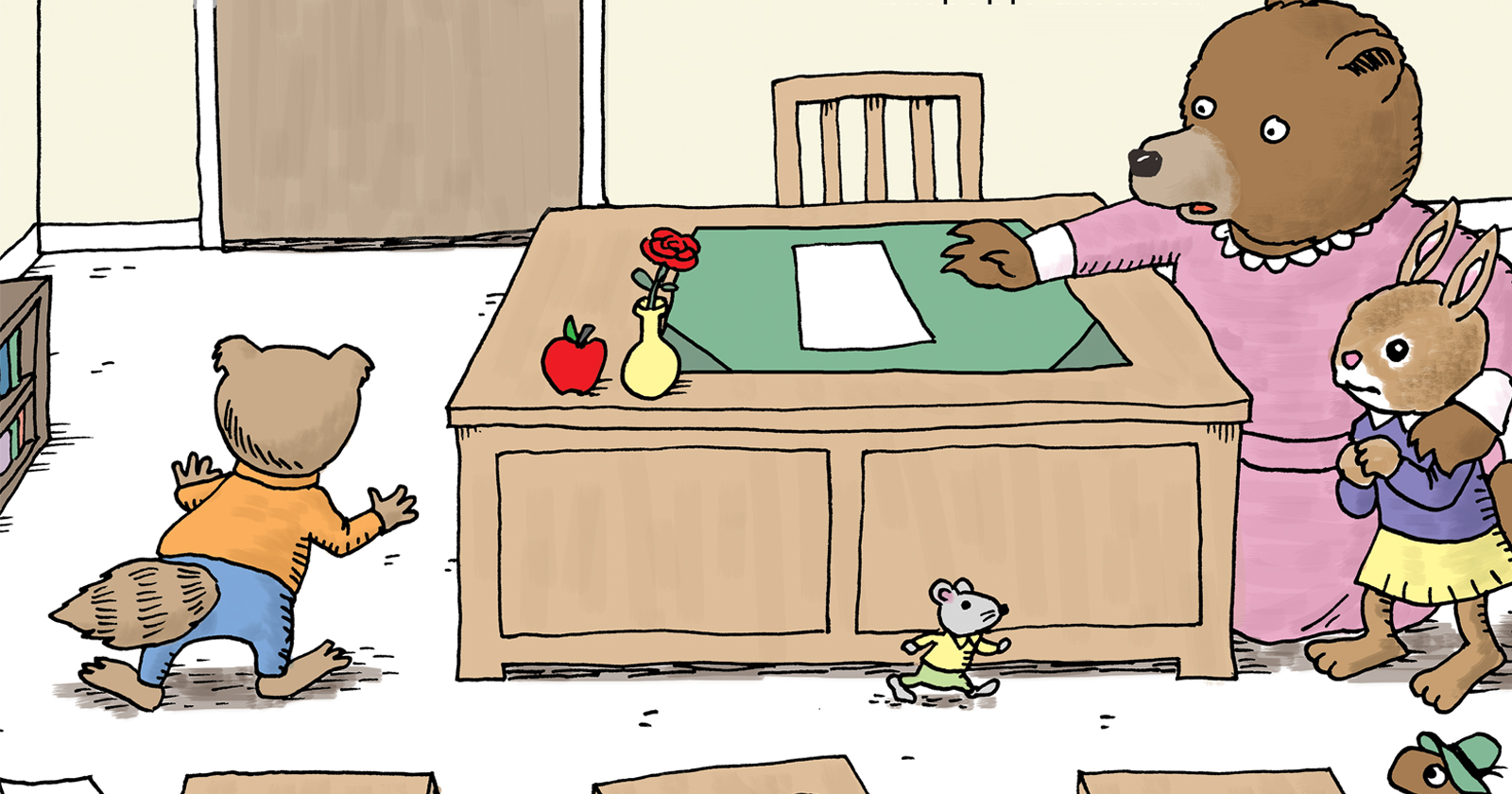 Why are there so many school shootings in the U.S.?

Most sane people: Guns are too easy to buy. And there are too many guns. And the mentally ill do not get the help they need.

Chattanooga had 14 people injured and three killed in a mass shooting today. The Chattanooga Times has an editorial on their front page. 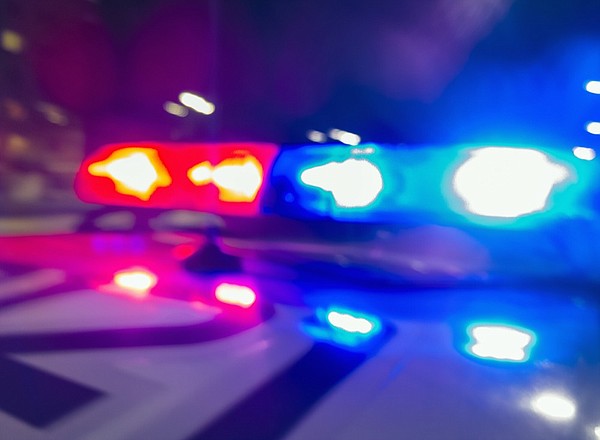 The shots were fired only a day after a glowing Wall Street Journal report on the city hit the internet.

Some 24 hours after the storied newspaper's report talked about how Chattanooga had bucked a United States trend on declining population among cities our size, about the city's vaunted internet speeds and about the city benefiting from the tech trend, six teenagers were shot between Cherry and Walnut streets, near the Walnut Street Bridge and only blocks from the Tennessee Aquarium.
Click to expand...

The editorial isn't responding to the shooting today though. It was from a few days earlier.
Reactions: Katheryne Helendale, Govi and Lexxi

Authorities are not yet sure who did it - so this might be something that would go in this thread, in a terrorist thread, in a civil war thread, or in a war thread. Guns were used, though.

Attack took place in Nigeria. Specifically in Ondo, one of Nigeria's most peaceful (before today) states.

The attitude, the ideology, the very thought that we should just live with children being murdered makes me want to scream. I often wonder if they would feel the same way if it was their child that was killed in a mass shooting.
Reactions: Katheryne Helendale, Sid, Ryanna Enfield and 3 others
Show hidden low quality content
You must log in or register to reply here.
Share:
Facebook Twitter Reddit Pinterest Tumblr WhatsApp Email Link
Top Bottom