I wouldn't, although I could imagine what that would be like.
H

Khamon has a Snapzilla account so he doesn’t need Instagram.
Reactions: Brenda Archer, Tris, aliensalmon and 1 other person

I have thought about it. The problem I have is I create accounts for my Avatar then forget about them and neglect them.
Reactions: sldenizen and aliensalmon

I use instagram for SL stuff frequently. I use ti more frequently then flickr even. I find it a lot less insular and there's a great amount of flow, communication, and mutual respect between the communities for SL, IMVU, Avakin LIfe, VR Chat, and The Sims.
Reactions: Brenda Archer, Han Held and aliensalmon

I don't use Instagram in RL or SL, same goes for Facebook. For other platforms, I just give people my RL profiles if they ask. I'm the same person - Ailsa's just cuter, feline and swears less. Though Ailsa on Twitter would rage tweet whenever I nuke her house to build something, poor cat has nothing but rezzers this week

I have 1 account per platform and that covers my RL work/personal stuff. It's a really handy setup for me, I just post things once for everybody and I can't get into fights because I know clients/my mum would see.

I thought about using Insta for my account, only because I'm a roleplayer and thought it would be funny to mimic those dumb Insta accounts using my own character and putting his "life" on social media. It would also give me something else to do on SL for the content.

I'm not sure. It's tempting.
Reactions: Jet Rhapsody

No.
And no FB or whatever else Zuckerberg owns/makes/dreams of either.
Reactions: Sky00 and Temptryst

Instagram is really a thing for avatars? Amazing, and so far I only thought that self-adulation is only happening on Flickr - and not even there any longer, because you've got to pay again for the premium status there.

Something I will add here, Instagram is really bad about connecting accounts that are sharing an app. I have a couple of regular accounts and the friend seggections are all cross referenced.
Reactions: Brenda Archer and Han Held

All of my internet accounts are either named Adeon or Adeon Writer. My SL avatar is a personal character/mascot I use everywhere, but I don’t consider it a separate identity from myself. I don’t RP or anything like that.

Does that count?
Reactions: Brenda Archer

From what I can tell, the SL community on Instagram is far, far smaller than on Flickr or FB.

It's not really all that surprising to me, though, considering you have to go out of your way to post from SL to Instagram. It's not an intuitive process at all - for me, I usually have to send my photos to my Google Drive, then download them from my phone and post them. Alternatively, i could use Later, which helps plan out posts via PC, then sets a corresponding post up via its app on your phone for easier posting. (Still kinda hokey though)
Reactions: Han Held

I refuse to instagram the same way I refuse to grow a neckbeard, so no...

Never saw what Instagram offers over it so I never bothered. I guess it has more of a focus on posting images, but sounds too artsy fartsy.

Twitter fits right in my need for "Too important not to say, not important enough to make a blog."
Reactions: Sky00

Never saw what Instagram offers over it so I never bothered. I guess it has more of a focus on posting images, but sounds too artsy fartsy.

Twitter fits right in my need for "Too important not to say, not important enough to make a blog."
Click to expand...

Writing as someone who has three - They're like compact galleries of whatever imagery you want to say. Yes, some people use it for nothing but memes, but it's more effective as a way of conveying a series of images and creating communities based around that format. You might argue that the same could be done with Twitter and to a certain degree that is true, however Twitter:
- is far more text based, and consequentially supports a far more wide-ranging threading system (such as it is)
- allows only 4 pics per post
- does not transition between those 4 pics in any cohesive way (you can't include a 10 pic long panoramic shot from your vacation, for example)

Instagram was always built around being very image and video heavy. Yes, there are still people who use it as a means of social/political commentary, but primarily it's more effective as simply a photo/video journal, a creative portfolio, etc. Captions/hashtags & comments can be hidden away and scrolled past entirely, if that's what you want. I find I'm far less likely to stumble down a rabbit-hole of tangential discussions/arguments on Instagram compared to Twitter.

I have one for SL (which i post to less often, due to the reasons I've stated above), one new one for only for documenting my gardening/interest in bonsai, one main account for my creative output (illustration, 3D modelling, photography).
Reactions: Adeon Writer and Clara D.

Sure, why not. I did use Facebook for Ysanne when it was still popular.

But don't you have to upload to Instagram from your phone only?

A key difference between Flickr and Instagram, however, is that Flickr allows adult/mature photos as long as they are appropriately self-moderated (given ratings by the uploader). Instagram does not allow adult material. This is likely why the community there is much smaller.
Reactions: Han Held 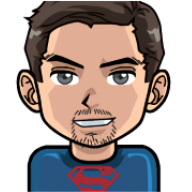