You need a developer kit to make items for specific mesh bodies, and that probably involves an in-the-clear 3D model. They don't trust new-to-SL folk with those. You have to ask for them (apply to their developer program), and they'll probably say no. One of the comments says the Slink kit is easy to get.

I have the open source Ruth 2.0, but no time to work with it.
Reactions: Han Held, Brenda Archer and Cristalle

There are some kits that you can get off the market - Absolut Creation (Eve and Adam) has it so that you can purchase/register that way. Some kits are very easy to get. Legacy/The Shops is available online but you have to go through their thing with Adobe if you are a business owner. Create | Meshbody.com
Reactions: Brenda Archer and Anya Ristow

The PsiCorp bodies are mod, *and* you can freely download the texture templates and blender DevKit straight from the website - the only difference of the latter and the in-world model is, that the UV layout in the blender kit is scrambled. The Geometry is identical, which is perfect for making items for those bodies.

Sadly that market is still quite empty and void - but on the other hand, that's also kind of an opportunity.

I really wish the nomod body creators would get off their oh-so-special horses and offer devkits for download in a similiar fashion - right now most of them are insanely snowflakey about the devkit application process, while those with mod bodies (especially when it comes to Furry-related bodies that have a blooming modder and creator market) are super relaxed about it, and don't seem to be suffering from it. Funny how that works.
Reactions: Brenda Archer and Anya Ristow

Is it true the Maitreya one is the hardest to get? I've seen a few big/biggish creators using best-guess for Maitreya bodies when I would have been sure they'd be able to get the dev kit.

Chalice Yao said:
The PsiCorp bodies are mod, *and* you can freely download the texture templates and blender DevKit straight from the website
Click to expand...

AFAIK same is true for most anime and feral creators...
Reactions: Brenda Archer

Chav Paderborn said:
Is it true the Maitreya one is the hardest to get? I've seen a few big/biggish creators using best-guess for Maitreya bodies when I would have been sure they'd be able to get the dev kit.
Click to expand...

Theres an Maitreya Experimental Kit floating around that i've seen some vendors use. i'm not sure how they acquired it and there usually a general warning that the outfit may not fit properly. i think it was someones attempt at reverse engineering it. but yes big stores that you would of thought they could easily get it no problem have been denied and for them to not lose out on sales... necessity became the mother of invention...

in the Human world mesh products are heavily locked down( fear of content stolen? loss of sales?) .. while furry world mesh is open and modifiable( cheap, easier to learn).. it's a different mindset.

this person would be better off in the latter...
Last edited: Nov 15, 2019
Reactions: Brenda Archer

I applied for the Maitreya kit a few times and never heard a thing back.
Reactions: Brenda Archer

IMHO Linden Lab should buy one of the well known established bodies - male and female -, then optimise it in terms of graphics impact and make it the new default system avatar, open for all.

This would leapfrog decrease of the overall graphics foot print in clubs a lot.
Reactions: Govi

Can't change the default system avatar, it would break so much stuff, but they can put it in the default Library and base the default starter avatars on it and host necessary external assets and so on.
Reactions: GoblinCampFollower, Brenda Archer and Fionalein 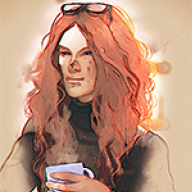 I have the 'unofficial' Maitreya file made by a Youtuber and it is a plugin for Avastar. I think it is this one: Link but there was quite few around pre-bento age. Often you heard the fan-made kits were better than actual one provided by Maitreya. Never looked into it much as turns out that standard SL body skeleton is best to work around with all bodies - you usually just move few bits or weight them differently.

I do applaud anyone looking at SL now and going all excited about creating because yep ... also started with that intent and I fondly recall camping around a mall to earn 300 Lindens to rent a stall to sell my textures. No one ever learned how truly genius I was at those tartan, flexi kilts because I found a job as an event manager (and that was pre-current event age where it worked more like a proper media job as it got me into a foreign uni for audiovisual editing after all ) and spent all my money on guns. Alongside me, also starting out was a scripter that took apart every linked object and reassembled it into spiders when he learned I hate them. He did not suck unlike me but no idea what happened of him.

If current teen me seen current SL, I would react same way as I do to IMVU or VRChat and run away very fast. It is just not ... that crazy, chaotic, inspiring environment where people of all skills have a place any longer. So this post already shows that as this person researched unlike when I started and just wanted to be a ~fashion designer~. I did eventually find my new media niche that is probably still akin to what I ended up doing in IRL (.... editing loads of photos that is...).

I guess best tip for currently starting fashion creators is to try maybe with templates first and get to know them in their favourite editing program. Play around and eventually with trial and error you will make something you end up liking. Also best to try all those bodies and scope their options beforehand so you know what you want to do for each.

I think all bodies should have dev kits and be moddable as yep - people are going to make horrid stuff and mistakes but that is ... where the fun actually is.

Bonus: I did make a big sell on a 100L outfit I made. One sale that is. This one: Link . And none of my kilts ever sold, I mean ... look how great they were and even came with a belt: Link.

The majority of popular hoo-man bodies are nomod. You get HUDs and appliers to control all the alpha slicing, bodypart changing and texture/material applying.
Another common trend among those body brands is that getting a texture or dev kit ( Depending on brand, but usually definitely the mesh dev kit requires this ) involves applying for it by contacting the creator (through notecard or website) and filling out all sorts of stuff. SL details, what your marketplace store is, etc.
Then, *maybe*, you get the thing, because clearly getting the means to make stuff for the snowflakes needs hard gatekeeping. Some demand that you never make a mesh body of your own to sell.

This is the norm in the human mesh body market for some reason. It's essentially all the very opposite to how the furry community usually handles things, with one tenth of the creativity.

There are exceptions to all of that, like (suprise) PsiCorp human bodies, but they are rare.

its doing it now but only on the perpetual license.

Chalice Yao said:
The majority of popular hoo-man bodies are nomod. You get HUDs and appliers to control all the alpha slicing, bodypart changing and texture/material applying. [...]
Click to expand...

I haven't really looked at human avatar components since before mesh was a thing, but I remember skins being super expensive for no good reason. I guess it's just gone downhill from there.
Reactions: Brenda Archer

Chalice Yao said:
There are exceptions to all of that, like (suprise) PsiCorp human bodies, but they are rare.
Click to expand...

I though Orange Nova made human bodies too.

Argent Stonecutter said:
I though Orange Nova made human bodies too.
Click to expand...

Those don't count anymore as they never upgraded to bento.