What Are You Reading?

Just finished To Be Taught, If Fortunate by Becky Chambers. Damn, this book, this writer. Chambers Wayfarers books are some of the most human sci-fi stories that I've read. This novella, while significantly harder (though not exactly hard hard) on the science front and much less character driven than her prior outings, still manages to deliver an emotional punch that is simultaneously heartrending and hopeful.

Becky Chambers is one of the best things going on in contemporary sci-fi.
Reactions: Arilynn

Just finished Gideon the Ninth, by Tamsyn Muir, because with recommendations like this, how couldn't I?

“Unlike anything I’ve ever read. ” —V.E. Schwab

Some Goodreads reviewers complained about both what they saw as the meandering pace and plotline in the first parts and the difficulty of keeping track of who was who among all the 18 characters in the main part of the novel, but I found it a massively entraintaining read, Gormenghast meets space opera meets epic video game fight with the boss monster, with some truly kickass women as the leading characters and a real badass heroine with a wicked sense of humour.

It's the first in a trilogy, and I can't wait for the next part.
Last edited: Oct 1, 2019
Reactions: Arilynn and Tirellia

I recently read The Long Way to a Small, Angry Planet (Wayfarers, #1) and liked it well enough, so picked up A Closed and Common Orbit (#2 in the series), and I'm liking it even more.

A Closed and Common Orbit is my favourite book in that series and one of the best books I've read in the last few years. Sci-fi is not a genre normally known for it's emotional strength and so a writer like Chambers is a good addition to the field.
Reactions: Arilynn and Free

She wrote this 1200 page novel over 17 years. It was published in 1964. This is all about poetic description, not plot and action. It's all a little too much to get through. There are places where a single sentence spans two pages. I've made it 2/3s of the way through in the past, and am rereading parts. It is lovely.

Here are the first two paragraphs. They are behind a spoiler only because it is long.


The bus-driver was whistling, perhaps in anticipation of his wife, who would be a woman with ample breasts, those of a realized maturity. It would be impossible that he did not have, from my point of view, a wife and children. Indeed, a happiness such as I could not imagine to be real, even like some legend out of the golden ages. He had spoken numerous times during our journey of his old woman waiting, and was going home.

As if he were a Jehovah's Witness or a member of some other peculiar religious sect, his bushy hair grew almost to his shoulders. A Witness would not perhaps drive a Grey Goose bus, even in this far country, this interior America, but his head was large, bulging, an old, archaic dome of curled sculpture, and his eyes shone with gleamings of intensified, personal vision. He drove, in fact erratically, perhaps because of the heavy mist which all but blotted out the asphalt road, the limitation and more than once with the bus's sudden lurching, I had feared that we might veer off into a ditch, that himself and his three passengers would be killed, our dismembered heads rolling in a corn field of withered corn stalks. He hed whistled with each new escape, had turned and smiled back over his shoulder with a kind of serene triumph, even when the bus had brushed against the sides of a lumbering moving van with furniture piled up almost to the low sky, an upright piano, a rocking chair, a clothes' horse, a woman's feather hat bobbing at the top in the grey mist like some accompanying bird.
If there are typos they are mine.
Reactions: Arilynn
R

I'm currently reading two books.
Zadie Smith's NW - Zadie explores what it means to lead suburban lives in London. Like many of her other works, this is also set in Willesden. So far so good, IMO.
Schultz and Schultz's Theories of Personality - Introductory and informative so far. Deals mainly with the behavioral approach. Yet to see if it addresses the cognitivism-behaviorism divide.
Reactions: Arilynn, Isabeau and Brenda Archer

Fall; or, Dodge in Hell - Wikipedia

The characters are good. Dodge is hilarious. I like this one better than Snow Crash. My husband and I were talking about death one evening (I was not aware of the book but apparently he was reading it). Since I'm still in SL he asked me if I'd want to be uploaded into a virtual world before I died and I was like "heck yeah". Then he told me to read the book ....
Reactions: Arilynn, ranner, Isabeau and 2 others

I'm reading the classic SF novel Rendezvous with Rama by Clarke. Don't know why, but never read it before now.

Last night I read past the part where the captain of the Endeavor (the ship that makes the rendezvous) explains why women probably shouldn't be part of spaceship crews: because microgravity leads to the distraction of jiggly boobs. I was barely moved by the sexism as I found myself more annoyed by the flat composition.

Have I mentioned before I'm not a big fan of Clarke's near-dimensionless characters?
Reactions: Rose Karuna, Arilynn, Isabeau and 1 other person


Just finished Stephen King's latest: The Institute It was typical King but with less supernatural stuff except for the children having some type of ESP abilities. The monsters in this case were human. The ending was a tad rushed IMO but I enjoyed it.

Next one on the pile is Atwood's latest, her follow-up on The Handmaid's tale: The Testaments I've purposely avoided any descriptions or reviews.

And Demi Moore's autobiography: Inside Out: A Memoir I listened to an interview she gave and related to some of what she described of her childhood family life. 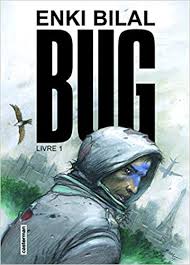 I've been working through a few different things lately, including one or two mentioned here. The most recent addition to the finished pile is Unfollow by Megan Phelps-Roper.

If that name's familiar to you, it probably means you have some knowledge of the workings of the Westboro Baptist Church. That ostensibly Christian hate group, famous for their fire and brimstone rhetoric, constant picketing and charming slogans like "God hates F*gs." Megan is the granddaughter of church founder, Fred Phelps, and during the mid-2000s she was one of the faces of the church. A bright, cheerful and friendly young woman who nevertheless, openly espoused some really hateful, horrible beliefs. In documentaries from that time she comes across as a true believer (which at the time she was), someone you'd think would never leave, nor change.

This book is a memoir, not just of her life growing up in the church, but of how she came to understand what a monstrous thing it was and of how she and her sister, Grace, decided to leave. It really is a worthwhile read.

I've just finished reading the Witcher series, by Andrzej Sapkowski, which I'd never bothered about until I watched (and enjoyed) the Netflix adaptation.

One thing that struck me while reading them, apart from the realisation that Sapkowski must now be the widely-read Polish author world-wide since Joseph Conrad, was how much they're influenced by Polish history, including that of the previous century.

I don't mean that they're any sort of allegory or satire, but the picture he paints of feuding rival kingdoms, duchies and principalities menaced by larger and more powerful neighbours is very similar to that of Central and Eastern Europe over the centuries, and the threat of Nilfgaard, the dangerous forests, full of groups of bandits, deserters, and rival groups of partisans, guerrillas and irregulars, combined with the constant movement of troops, refugees and, in later books, displaced settlers, ethnic tensions, pogroms, and the machinations of the ubiquitous rival secret police and intelligence services very much recall aspects of what was happening in Poland, Lithuania, Belarus and Ukraine during the 1930s and 40s.
Last edited: Jan 20, 2020
Reactions: Arilynn, Brenda Archer and Isabeau

I've been reading World War Z and...I'm not seeing the big deal so many make of it.
Reactions: Arilynn and Isabeau

I recently finished Drive Your Plow Over the Bones of the Dead by the author who just won the Booker prize for Flights, and The Nickel Boys by Colson Whitehead, who wrote The Underground Railroad, which won the National Book Award.

Drive was weirdly fascinating and hard to describe; I will read Flights soon. I’m ambivalent about The Nickel Boys, although I really like The Underground Railroad.

Been reading Callsign Chaos by James Mattis. Very interesting book on his perspective on things. ...it became harder to read when he talked about attacking Fallujah. A few contractor were killed in that City. At first, Mattis knows that attacking the city would be horrible, so he makes plans to get the killers with minimal disruption to the city. ...but then George W Bush's dumb ass orders him to attack the city. At this point, Mattis the Erudite gets knocked out cold by Mattis the good soldier, and he rationalizes that very few non combatants stayed behind and got hurt and only "terrorists" stayed there to try to defend their homes.

I recommend this book to anyone who wants more perspective on warfare from a brilliant soldier, but it's also a window into the mind of someone who is kind of indoctrinated.
Reactions: Brenda Archer and Rose Karuna

Rose Karuna said:
Tim Dorsey's "No Sunscreen for the Dead" and totally LMAO. If you love weird stories about Florida and crazy retirees, this is the book for you.
Click to expand...

Just finished Dorsey's last one "Florida Man" (Yup, he had to do it.)

It even features The Muck Bowl.
Reactions: Rose Karuna

Roxanne Blue said:
Just finished Dorsey's last one "Florida Man" (Yup, he had to do it.)

It even features The Muck Bowl.
Click to expand...

Yep, I bought "Naked came the Florida man" too.

I had a good friend in California recently say to me "I get doing weird shit, we do a lot of weird shit in California too, but why are they always doing it naked in Florida"?


Just finished Stephen King's latest: The Institute It was typical King but with less supernatural stuff except for the children having some type of ESP abilities. The monsters in this case were human. The ending was a tad rushed IMO but I enjoyed it.

Next one on the pile is Atwood's latest, her follow-up on The Handmaid's tale: The Testaments I've purposely avoided any descriptions or reviews.

And Demi Moore's autobiography: Inside Out: A Memoir I listened to an interview she gave and related to some of what she described of her childhood family life.

I wish that I could read French better than I can because Enki Bilal has written a number of things that look like really good reads to me.
Reactions: Isabeau
Z

I just finished Alone In The Wild by Kelley Armstrong.