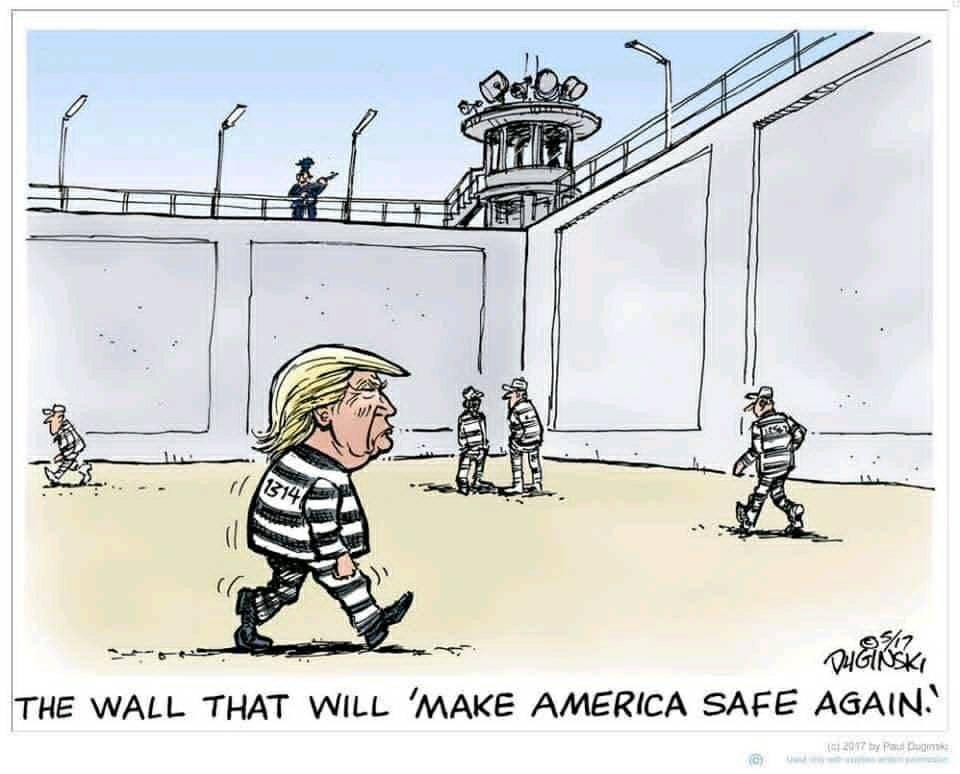 I did a little sleuthing around, and found the Georgia election results numbers. It's not on the State's own election website, they are Web-challenged. Currently Ossoff leads by 43,250 votes (0.98%) and Warnock leads by 81,250 (1.82%). Loeffler has conceded, I haven't heard about Perdue.

These are not final yet. Fulton County paused counting when a few hundred armed seditionists gathered in front of the State Capitol. They evacuated the Secretary of State's office and election workers as a precaution. Georgia is an "open carry" state, so what they did was legal, but scary, especially after the invasion of the US Capitol. In addition, "curing" of provisional ballots and delivery of mailed overseas/military absentee ballots can be done through 5 pm today.

Once the last few ballots are counted, the counties have to certify their results, then the State does the same. At that point the new Senators can go to D.C. and get sworn in, the Democrats take control of the Senate, and kick McConnell down to Minority Leader.
Reactions: Myradyl Muse, Ryanna Enfield, Govi and 2 others

danielravennest said:
Loeffler has conceded, I haven't heard about Perdue.
Click to expand...

Perdue's last tweets were on Jan 5, the last of which said something about the vote being close and we will fight this to the end. Between that and a lack of a news story saying otherwise I'd say he hasn't conceded.
Reactions: danielravennest

Katheryne Helendale said:
January 6th is going to be a shitshow like no other shitshow!
Click to expand...

Absolutely, nail on the head, presentient.

Much more than I (or perhaps any of us) anticipated.
Reactions: Arkady Arkright, Myradyl Muse, Govi and 1 other person

Sadly, I anticipated this - and proud of all the armed Lefties out there who stayed the fuck away and let these assholes hang themselves.

Essence Lumin said:
Perdue's last tweets were on Jan 5, the last of which said something about the vote being close and we will fight this to the end. Between that and a lack of a news story saying otherwise I'd say he hasn't conceded.
Click to expand...

He's been in quarantine.
Reactions: Grandma Bates and Dakota Tebaldi

Aribeth Zelin said:
Sadly, I anticipated this - and proud of all the armed Lefties out there who stayed the fuck away and let these assholes hang themselves.

Why limit oneself to punching only one seditious traitor to democracy? Note that I won't be punching anyone, but if we are going to dream about doing it, I see no need to limit it.
Reactions: Maggy Hazelnut, Myradyl Muse, Ryanna Enfield and 1 other person

What Trump Shares With the ‘Lost Cause’ of the Confederacy (paywall)

As the Trump presidency comes to a close after a sound defeat, and after four years of having led a movement that many agree has undermined our Constitution and the nation itself, it is difficult not to see the parallels between his lost cause and the failed cause of the Confederacy in 1865. As individuals carried the flag of the Confederacy, the flag of rebellion against the United States, into the Capitol, it was a moment not lost on historians — and a moment of dire concern for most Americans.
Mr. Trump’s feeble message to his stalwarts about going home and keeping the peace was similar in tone to Gen. Robert E. Lee’s admonitions in the aftermath of defeat. “I think it wiser,” he wrote, “not to keep open the sores of war, but to follow the examples of those nations who endeavored to obliterate the marks of civil strife.”
Lee was referring to the creation of monuments, but he was essentially telling those who admired him to “go home” and keep the peace. Yet by the time he made those comments in 1869, the myth of the Lost Cause and its justifications for Confederate defeat were in full flower. And it was Lee — not President Jefferson Davis, whom many white Southerners blamed for their loss — that helped to personify the narrative of a just cause. He was a leader who had not failed the white South; rather, he had been failed by others. He was also the man they believed best represented the values of their cause.

Mr. Trump’s lost cause mirrors that of Lee’s. His dedicated followers do not see him as having failed them, but as a man who was failed by others. Mr. Trump best represents their values — even those of white supremacy — and the cause he represents is their cause, too. Just as Lee helped lead and sustain the Confederacy over four years, Mr. Trump has also been a sort of general — in a campaign of disinformation.
Click to expand...

Footnote: I've seen the Trumper social media posts claiming he betrayed them and they're "done" with him. So it's not exactly accurate to claim that his followers don't think he's failed them. Some do think so.
Reactions: Jolene Benoir, Myradyl Muse and Grandma Bates

Essence Lumin said:
Perdue's last tweets were on Jan 5, the last of which said something about the vote being close and we will fight this to the end. Between that and a lack of a news story saying otherwise I'd say he hasn't conceded.
Click to expand...

He did conceed. It's been buried by other news I suppose. (2nd story on page)

By Donna Cassata
Republican David Perdue conceded Friday, days after he lost a Senate runoff to Democrat Jon Ossoff in Georgia.
Perdue, who had been elected in 2014, was seeking another term in the Senate. He finished first on Nov. 3 but was forced into a runoff after neither he nor Ossoff garnered 50 percent of the vote. Perdue’s term ended at noon Sunday, and Ossoff scored the come-from-behind win in Tuesday’s election.
“Although we won the general election, we came up just short of Georgia’s 50 percent rule, and now I want to congratulate the Democratic Party and my opponent for this runoff win,” Perdue said in a statement. “Bonnie and I will continue to pray for our wonderful state and our great country. May God continue to bless Georgia and the United States of America.”
Click to expand...

Cindy Claveau said:
What Trump Shares With the ‘Lost Cause’ of the Confederacy (paywall)

Footnote: I've seen the Trumper social media posts claiming he betrayed them and they're "done" with him. So it's not exactly accurate to claim that his followers don't think he's failed them. Some do think so.
Click to expand...

Notable that he is well known for one sided loyalty pledges. I guess they didn't get that memo before assaulting democracy.
Reactions: Jolene Benoir and Aribeth Zelin 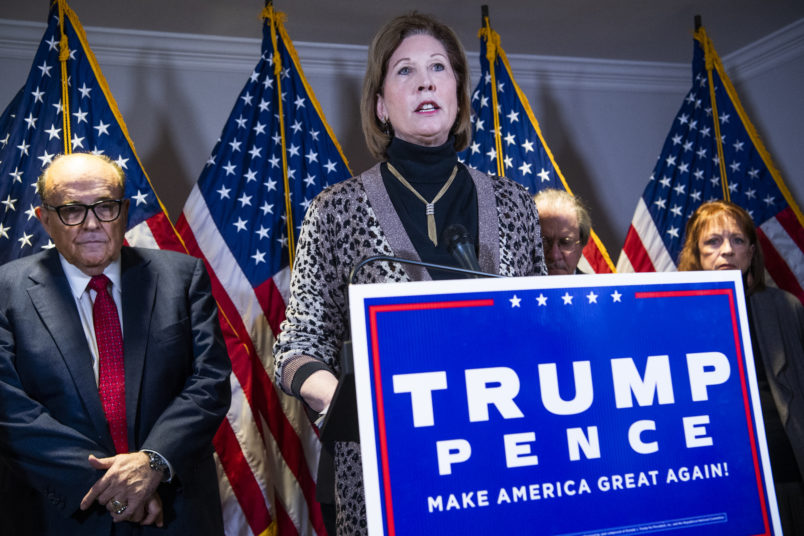 The voting machine company Dominion sued pro-Trump lawyer Sidney Powell for defamation Friday over Powell’s smear campaign against Dominion, in which she spent weeks accusing the company of being at the center of a voter fraud scheme to steal Donald Trump’s second term.

Dominion wants $1.3 billion in compensatory and punitive damages from Powell, who did not respond to TPM’s request for comment. Dominion also included Powell’s fundraising organization, Defending The Republic, as a defendant in the 124-page complaint.
Click to expand...

Well, well, well - who know that someone was being a bad little SCOTUS justice and not recusing himself from cases involving his wife [oh, and that his wife is a seditious fascist.]
Reactions: Ryanna Enfield

Even with all the other shit that happened this week, the cleansing continues.

And of course he did. 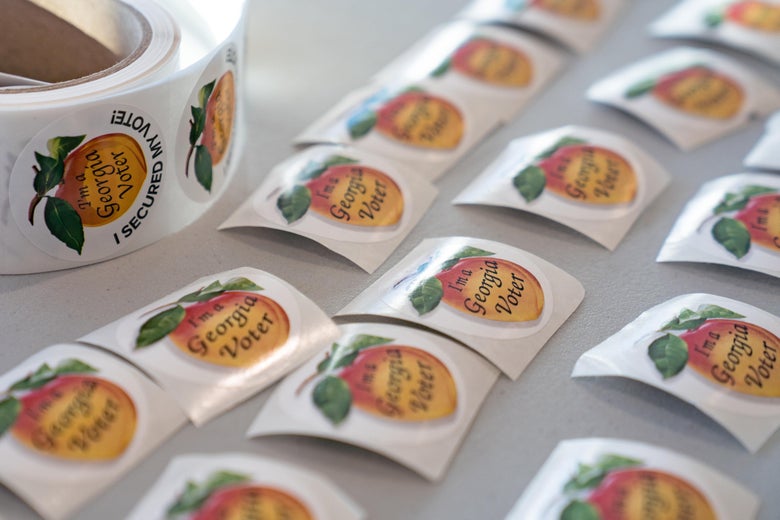 Legal experts say Trump's efforts to get involved in an investigation could amount to obstruction of justice, although a case could be hard to prove.

There was another call. Last week, the Washington Post published the audio of a phone call in which President Donald Trump pressured Georgia Secretary of State Brad Raffensperger to “find 11,780 votes” that could overturn the election results in the state. Now comes news there was an earlier call that could translate into legal woes for the commander in chief, reports the Washington Post. In the lengthy December phone call, which was later confirmed by several other news outlets, Trump urged Georgia’s top elections investigator to “find the fraud.” The president said the investigator would turn into a “national hero” if they were able to prove the fraud claims.
Click to expand...

147 Republicans in Congress voted to try to keep President Donald Trump in power based on what many knew were lies about the election.

Republicans in Congress are demanding “unity” after 147 of them voted to try to overturn the election, propping up the very lies that led a mob of President Donald Trump’s supporters to violently attack the US Capitol on Wednesday.

The calls for unity came not in the immediate aftermath of the storming of the Capitol, or after the group — a majority of House Republicans plus eight of their Senate colleagues — spent seven more hours forcing votes to try to undo President-elect Joe Biden’s win and citing claims of election fraud that have been repeatedly rejected by the courts and for which there is no evidence. The calls came as Democrats began to consider imposing consequences.
Click to expand...

The 147 Republicans voted separately to undermine the will of voters in Arizona and Pennsylvania; the vast majority of them voted for both. Many of them knew that the election fraud claims upon which they based those votes were not true, that they were invented by and for a president whose ego would not allow him to acknowledge his own loss until a full day after a violent mass breached the Capitol on his behalf and as news was breaking that a Capitol Police officer had died.
Click to expand... 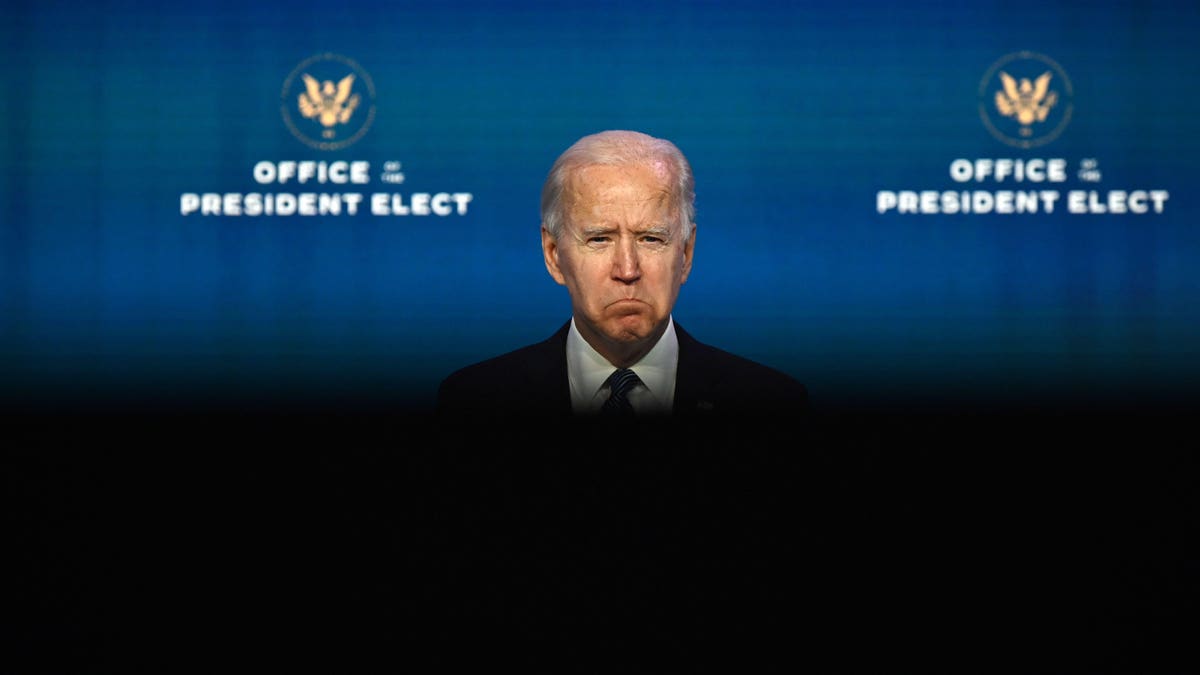 The House members voted to certify Biden as the next president.

There's a bit of a problem here: Biden is not yet President. He has no power to do anything, and probably shouldn't be putting his fingers into official US activities until he *is* President.

Once again, the Republicans are doing the wrong thing for all the wrong reasons.
Reactions: Ryanna Enfield, Innula Zenovka and Aribeth Zelin

Fuck you, Kevin Brady, and every one of your traitorous [in the general, not legal sense] colleagues - you all deserve to face charges.
Reactions: bubblesort and Ryanna Enfield 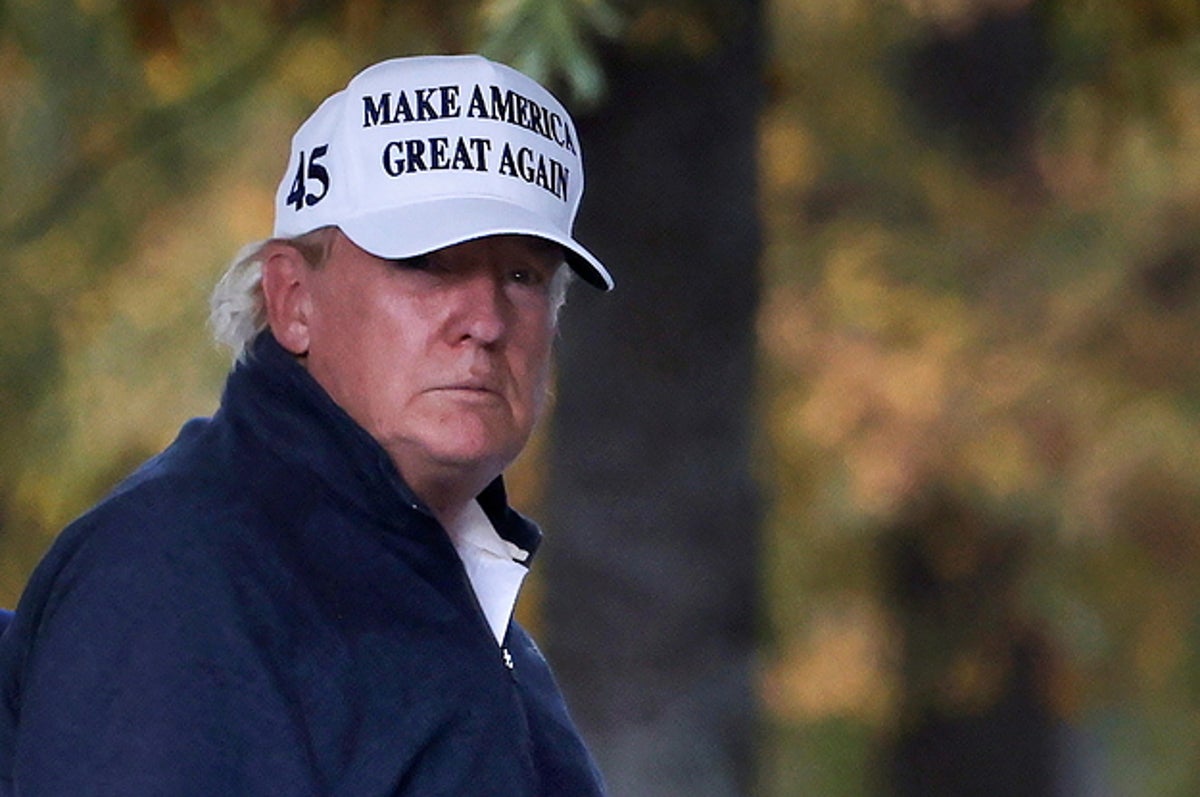 The justices denied requests by Trump and his supporters to take up a group of failed election challenges before Inauguration Day.

The US Supreme Court on Monday once again refused to interfere with President-elect Joe Biden’s win, rejecting efforts by President Donald Trump and his allies to get the justices to reconsider another round of failed election challenges before Biden is sworn in next week.

Less than a week after Trump supporters launched a violent attack on the US Capitol fueled by false voter fraud conspiracy theories that Trump and his supporters have pushed in court over the past two months, the Supreme Court rebuffed requests to immediately hear eight cases challenging Biden’s wins in Arizona, Georgia, Michigan, Pennsylvania, and Wisconsin.

The court on Monday didn’t rule on the merits of the latest batch of election cases to come up, but the justices’ refusal to consider them before Biden is sworn in shuts down any delusional hope Trump may have had that the court would step in at the last minute to hand him a second term.
Click to expand...