Trump needs to leave or be removed

U.S. Chief Justice John Roberts’s refusal to preside over Donald Trump’s second impeachment trial is giving Republicans an opportunity to focus on the Senate’s process rather than the specifics of the insurrection charge against the former president.

The Constitution calls for the Supreme Court’s top jurist to preside over impeachment trials of sitting presidents but is silent on what should happen for one who is no longer in office.

Roberts’s decision to skip the current trial without any public explanation leaves a Democrat already on the record as favoring conviction, Senator Patrick Leahy of Vermont, overseeing the trial when it gets underway the week of Feb. 8. That opens it up to accusations of being a more partisan -- and less judicial -- process than in Trump’s 2020 impeachment.
Click to expand...

Republicans are seizing on Roberts’s absence to question the trial’s legitimacy and deflect attention from the substantive charge that Trump incited the Jan. 6 insurrection at the U.S. Capitol. The increasingly partisan nature of the debate was on display Tuesday, when 45 of the Senate’s 50 Republicans supported an unsuccessful bid to declare the case unconstitutional because Trump is no longer in office.
Click to expand...

Only if there's a D after their name.
Reactions: Innula Zenovka and Ryanna Enfield

If only more Americans actually thought the insurrection was what it was - a sloppy attempt to undo our votes. Our last hope is that the evidence presented by the Dems is powerful enough and unequivocal enough to sway. Honestly, the 1st impeachment taught me that for some people, truth and evidence are secondary to political power.
Reactions: Soen Eber, Ryanna Enfield and Aribeth Zelin

There is a slim chance that Trump could talk his way into a conviction.
Reactions: Katheryne Helendale, Sid, Rose Karuna and 2 others

To my mind, the outcome of the impeachment is secondary.

Far more important is that Republican senators have to make it clear where they stand, and let the voters see what they are.

After that, I hope that the Democrats forget about being bipartisan with the enemies of democracy -- Trump and his supporters have crossed the line now, and need to be removed from public life, just as the worst of the communist communist politicians and bureaucrats were removed after the fall of the Central and Eastern European People's Republics, or the Greek, Spanish and Portuguese fascists after the fall of those regimes.

What's the betting that, in three or four years' time, one of the front-runners for the Republican nomination won't be making a key part of his or her platform the promise of pardons all round to those patriots convicted in the federal courts for anything connected with the events of January 6?

ETA: A policy which will rapidly be adopted by the others, if they see it gains currency, as "a bipartisan measure to put the past behind us, and reunite the country".
Last edited: Feb 1, 2021
Reactions: Katheryne Helendale, Rose Karuna, Veritable Quandry and 3 others

can we get him and his cult t leave the country now?

Kara Spengler said:
can we get him and his cult t leave the country now?
Click to expand...

During a pandemic? Not likely.

And so the Laystone Lawyers take up Trump's defense.

Oh man, that would be pure comedy. And I'd willingly risk an even dumber Florida Rep. replacing him. Maybe they put up Ivanka for the special election!
Reactions: Aribeth Zelin, Innula Zenovka, Rose Karuna and 1 other person 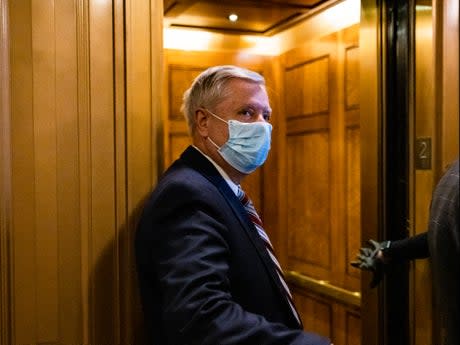 On Tuesday, speaking to Sean Hannity on Fox News, Mr Graham said: "If you're going to pursue this, and you wanna start calling witnesses, and you want to drag this thing out, it would be fair to have Kamala Harris' tape play where she bailed people out of jail. What more could you do to incite future violence, than to pay the bail of the people who broke up the shops and beat up the cops. How's that not inciting future violence? Be careful what you wish for my Democratic colleagues, be careful what you wish for."

What Mr Graham may be referring to is a 1 June 2020 tweet from then-Senator Harris where she encouraged people to “chip in now to the Minnesota Freedom Fund to help post bail for those protesting on the ground in Minnesota,” during the racial justice protests last summer.
Click to expand...

If there's a gotcha here, it seems to be another in a long line of self-face slaps for Graham.
Reactions: Ryanna Enfield


If there's a gotcha here, it seems to be another in a long line of self-face slaps for Graham.
Click to expand...

Do Senator Graham's remarks also apply to the people who crowdfunded Kyle Rittenhouse's bail, which he has now apparently broken? 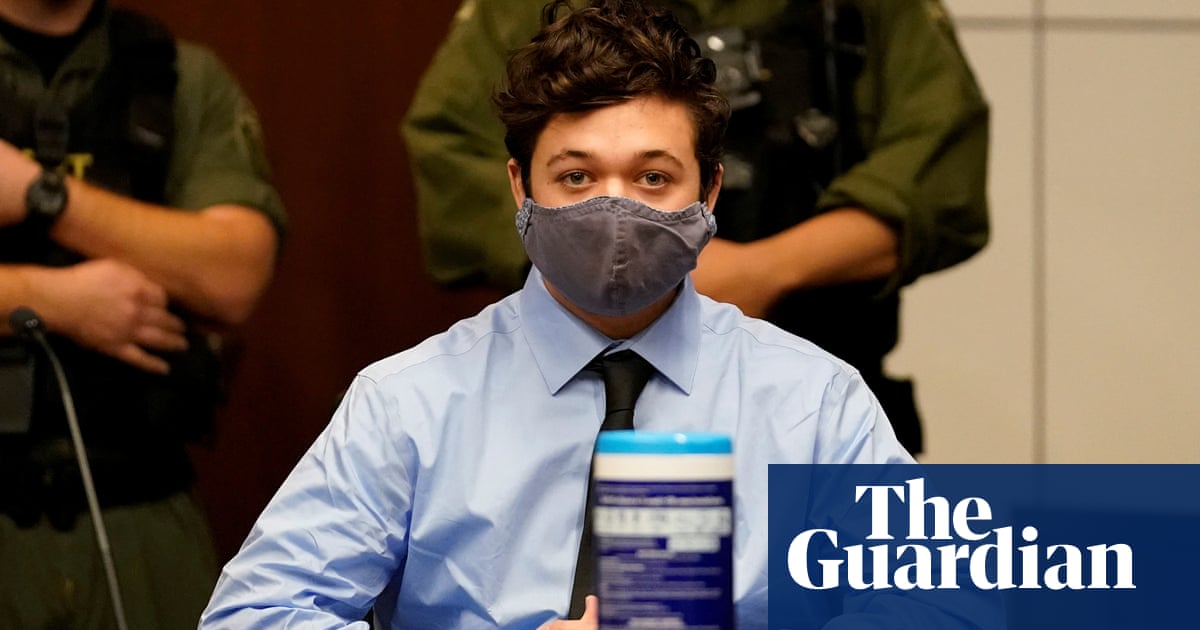 Prosecutors say teen, who fatally shot two people at a protest against police violence, failed to inform the court that he moved

Rittenhouse walked away from the shooting unharmed — he was later arrested by police without incident — and became a new hero for some in the Republican Party. The Waukesha County GOP gave his mother a standing ovation, conservative groups started fundraising for him, politicians like Kentucky state Rep. Thomas Massie offered praise, and the fringes of President Donald Trump’s base have roundly labeled him a martyr. Internal documents show that Department of Homeland Security officials were urged to show sympathy for Rittenhouse, the kind of commentary that has become more frequent as the election looms.
Click to expand... With weeks to go before a chaotic and close election, Republicans are cultivating a vigilante identity — someone who breaks the rules to make things right.

With weeks to go before a chaotic and close election, Republicans are cultivating a vigilante identity — someone who breaks the rules to make things right.
Click to expand...

This is the saddest excuse for a Batman I've heard.