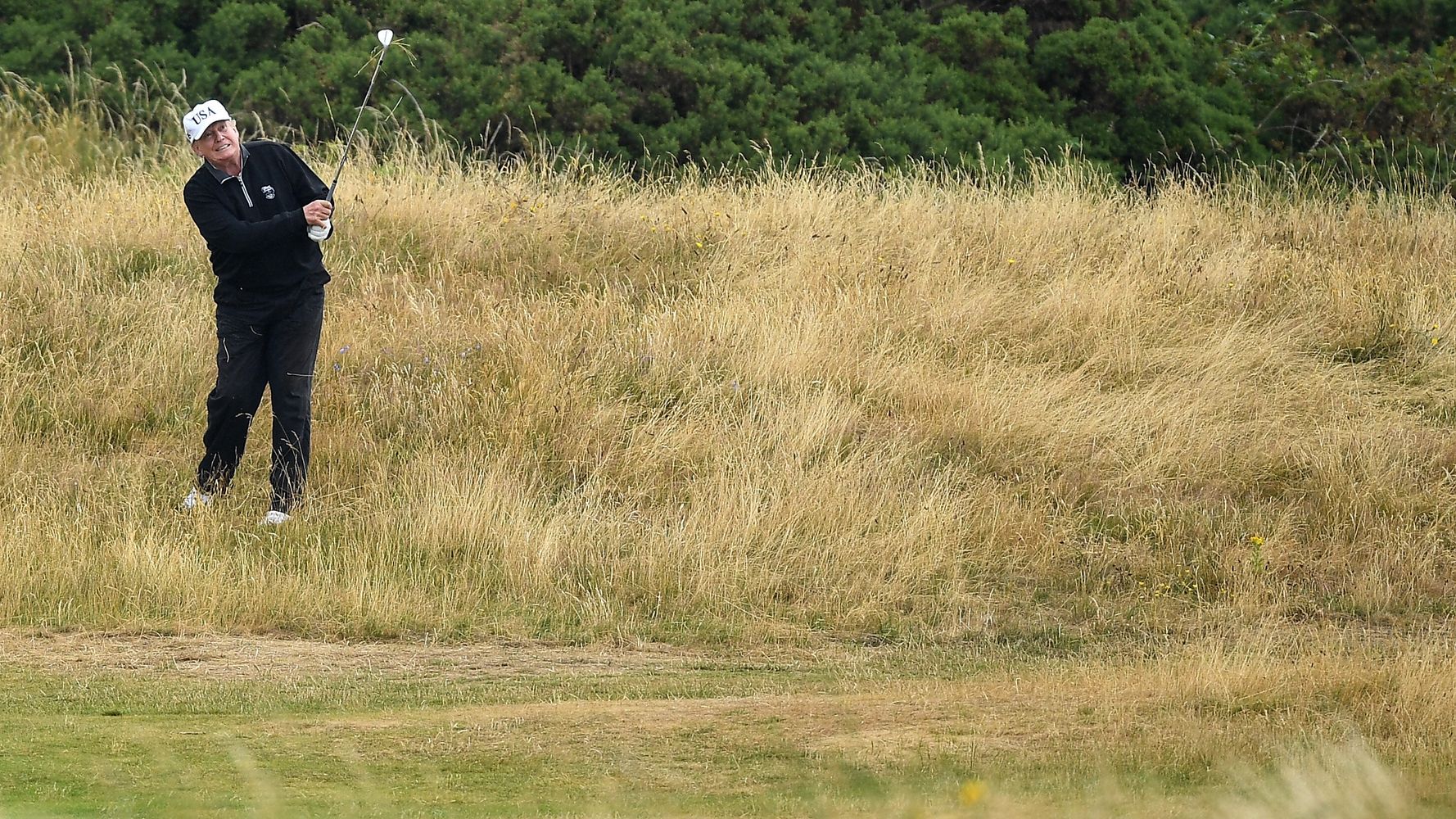 Trump’s Golf Costs: $102 Million And Counting, With Taxpayers Picking Up The Tab

Trump promised never to golf. Instead, he's spent more than twice as many days golfing as Obama at the same point, costing taxpayers over three times as ...

Donald Trump’s golf habit has already cost taxpayers at least $102 million in extra travel and security expenses, and next month will achieve a new milestone: a seven-figure presidential visit to another country so he can play at his own course.

U.S. taxpayers have spent $81 million for the president’s two dozen trips to Florida, according to a HuffPost analysis. They spent $17 million for his 15 trips to New Jersey, another $1 million so he could visit his resort in Los Angeles and at least $3 million for his two days in Scotland last summer ― $1.3 million of which went just for rental cars for the massive entourage that accompanies a president abroad.
Click to expand...