Posting this here because I believe having widespread opposition in congress for Biden's relief package, despite overwhelming support for it IN THEIR OWN PARTY, is another sign of how much the GQP is in trouble. 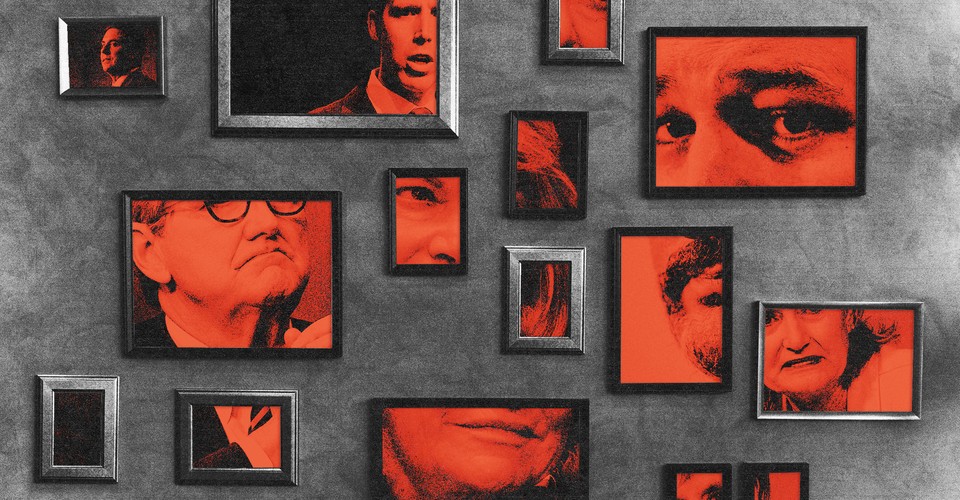 Ted Cruz’s Trip to Mexico Looks Bad. But This Is Worse.

The Texas blizzard nightmare is Republican governance in a nutshell

They created the disaster. Now they have nothing to offer to fix it.

The reason Cruz felt comfortable leaving Texans to freeze solid on the sidewalks of Houston is the same reason the Texas power grid crumpled under the winter storm. Theirs is a party in which catering to the welfare of one's constituents, or indeed any kind of substantive political agenda, has been supplanted by propaganda, culture war grievance, and media theatrics. Neither he nor anybody else in a leadership position in the party knows or cares about how to build a reliable power grid. They just want to get rich owning the libs.
Click to expand...

Ah, Gorka.... there is a difference between a fascist dickweed like you, and being a conservative.
Reactions: Cindy Claveau, Katheryne Helendale, Ashiri and 4 others

So, if anything at all tells me there is a whole lot of blackmail going on; this is it. I mean, a lot of other reasoons for putting up with his shit is out the window - he's a liability for all of them.

I wonder who is the blackmailer, though.
Reactions: Cindy Claveau and CronoCloud Creeggan

Aribeth Zelin said:
So, if anything at all tells me there is a whole lot of blackmail going on; this is it. I mean, a lot of other reasoons for putting up with his shit is out the window - he's a liability for all of them.

I wonder who is the blackmailer, though.
Click to expand...

No blackmail needed. The thing they fear isn't blackmail, it is Primaries.
Reactions: Soen Eber, Katheryne Helendale and Govi

Remember when the Democratic Party was the one full of hippy dipshits?

Kamilah Hauptmann said:
Remember when the Democratic Party was the one full of hippy dipshits?

I want to institute a draconian new way of dealing with compulsive 'Professional Liars' who hoodwink hundreds if not thousands of people to believe harmful demonstrable falsehoods.

Start with "LIAR!" written in sharpie across their forehead.
2nd major offence while the ink is still present means it gets TATTOOed onto their forehead.
If they still manage to convince an audience to listen to their damaging lies, burn it in with an iron brand.
And ... if they're still up on the public stage spreading their rampant BS, carve it in with a scalpel.

And if they persist, start all over again, only this time using their tongue.
Reactions: Rose Karuna, Myradyl Muse and Cindy Claveau In a true profile in courage, Senate Minority Leader Mitch McConnell (R-KY) on Thursday evening tossed aside his past criticism...
talkingpointsmemo.com

In a true profile in courage, Senate Minority Leader Mitch McConnell (R-KY) on Thursday evening tossed aside his past criticism of former President Donald Trump’s incitement the deadly assault of the Capitol on January 6 and embraced the ex-president once more.

“My point is what happened in the past is not something relevant now. We’re moving forward,” McConnell told Fox News in response to a clip of his scathing speech last month that torched Trump for feeding “lies” to the mob of insurrectionists and “provoked” them to attack the Capitol.

“We’ve got a new administration. It’s a very left-wing administration and we need to make sure the American people understand that this is not what Republicans stand for,” the GOP Senate leader continued on Thursday.
Click to expand...

A few minutes later, McConnell said he would “absolutely” support Trump if the former president were to run for office again in 2024.
Click to expand...

In a true profile in courage, Senate Minority Leader Mitch McConnell (R-KY) on Thursday evening tossed aside his past criticism...
talkingpointsmemo.com

Again, blackmail. Because McConnell isn't even likely to ever run for office again, and even if he does, I doubt anyone could primary him out of the race because they wouldn't be a powerful Kentuckian as Senate Majority/Minority leader.... That's why I'm so convinced its blackmail; because its the ones who ought not have any worries about primaries who are caving. The ones who aren't caving are just leaving the party or leaving office on their own, or both.

I do not expect Cheney to be a republican much longer.
Reactions: Katheryne Helendale, Govi, Jopsy Pendragon and 3 others

Why does his tongue not burn to ash in his mouth?
Reactions: Katheryne Helendale, Govi, Ashiri and 3 others

CPAC gathering should have been held at Area 51 or Roswell
Click to expand...

‘Welcome Insurrectionists’ sign to be flown over CPAC by protester

A Florida lawyer and anti-Republican political campaigner says he has almost raised enough funds to fly a banner over the Conservative Political Action Conference (CPAC) that reads “Welcome Insurrectionists”, a reference to last month’s Capitol riots.
Attorney Daniel Uhlfelder previously became a viral sensation when he donned a grim reaper costume and walked the beaches of his state to protest against the government’s response to the Covid pandemic, in which more than 500,000 Americans have died.

Donald Trump will be the headline speaker at CPAC on Sunday, less than two months after his supporters overpowered security and ran riot through the halls of the US Capitol on 6 January.
Click to expand...

Or graft. McConnell's wife, Elaine Chao, became Transportation Secretary under Trump, where she oversaw the agency that regulates her father's shipping company. As well as other opportunities to benefit McConnell's donors.

Chao has met at least 10 times with politicians and business leaders from the state in response to requests from McConnell’s office, according to documents provided to Politico by the watchdog group American Oversight. In some cases, those people later received what they were hoping for from Chao’s department, including infrastructure grants, the designation of an interstate highway and assistance in getting state funds for a highway project — although the documents don’t indicate that the meetings led to those outcomes.
...
Cooperation between the two offices goes in both directions, the emails indicate. In May 2017, a group of real estate company representatives and public officials from China enjoyed a Capitol tour organized jointly by Chao’s and McConnell’s offices. The group “was thrilled to get the VIP treatment by [McConnell’s] office and were particularly excited to hear that the leader’s office was normally off limits to normal guests,” Melissa Fwu of Chao’s office wrote in an email to a McConnell aide.
Click to expand...