A who's who of the KKK booster squad.
Reactions: Govi, Katheryne Helendale and Romana

If we're going to be living in Anglo-Saxon architecture, I better get down to the local wetland and harvest some cattails for making rush lights. It still gets dark early and I've got manuscripts to write.

Now then, who's with me for rounding up some Canada geese? I'm also going to need some goose fat to keep those rush lights lit for a decent interval.
Reactions: Aribeth Zelin

Soen Eber said:
If we're going to be living in Anglo-Saxon architecture, I better get down to the local wetland and harvest some cattails for making rush lights. It still gets dark early and I've got manuscripts to write.
Click to expand...

The problem with their little effort here is, America - at least it's post-colonial political roots - are far more Greco-Roman with it comes to having an architectural style. The "Anglo-Saxon political traditions" I kind of like since it immediately conflicts with the view of America being a Christian nation.
Reactions: Ashiri, Ryanna Enfield, Soen Eber and 1 other person

Soen Eber said:
If we're going to be living in Anglo-Saxon architecture, I better get down to the local wetland and harvest some cattails for making rush lights. It still gets dark early and I've got manuscripts to write.

Now then, who's with me for rounding up some Canada geese? I'm also going to need some goose fat to keep those rush lights lit for a decent interval.
Click to expand...

This is America, and we should be encouraging American architecture. 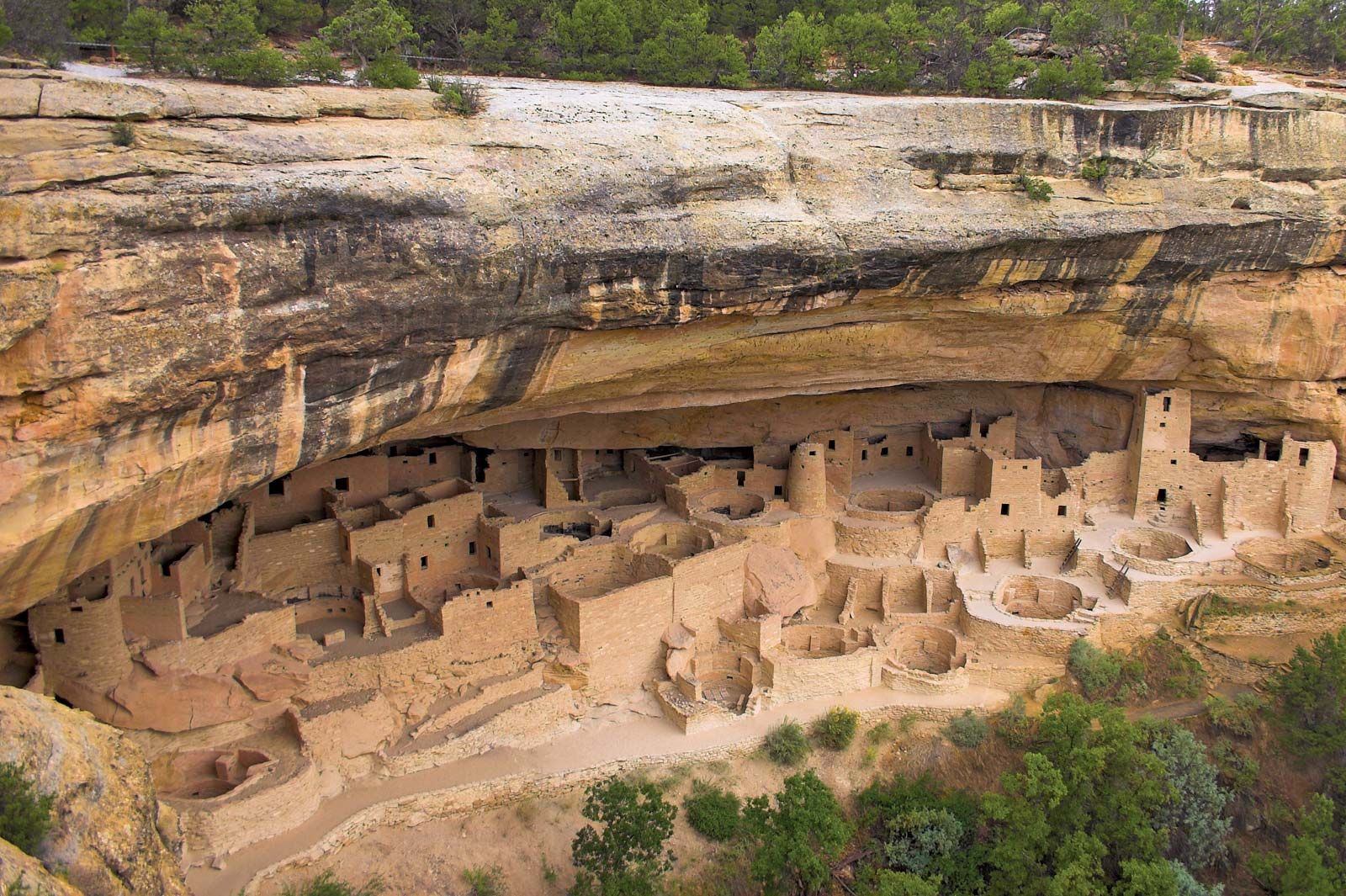 Thus from a mixture of all kinds began,
That het’rogeneous thing, an Englishman:
In eager rapes, and furious lust begot,
Betwixt a painted Britain and a Scot.
Whose gend’ring off-spring quickly learn’d to bow,
And yoke their heifers to the Roman plough:
From whence a mongrel half-bred race there came,
With neither name, nor nation, speech nor fame.
In whose hot veins new mixtures quickly ran,
Infus’d betwixt a Saxon and a Dane.
While their rank daughters, to their parents just,
Receiv’d all nations with promiscuous lust.
This nauseous brood directly did contain
The well-extracted blood of Englishmen.
Click to expand...

And a less well-known passage

Tis well that virtue gives nobility,
Else God knows where had we our gentry,
Since scarce one family is left alive,
Which does not from some foreigner derive.
Of sixty thousand English gentlemen,
Whose names and arms in registers remain,
We challenge all our heralds to declare
Ten families which English Saxons are.
Click to expand...

Fools and their money

All this was lost on Alice, who was still looking intently along the road, shading her eyes with one hand. `I see somebody now!' she exclaimed at last. `But he's coming very slowly--and what curious attitudes he goes into!' (For the messenger kept skipping up and down, and wriggling like an eel, as he came along, with his great hands spread out like fans on each side.)

`Not at all,' said the King. `He's an Anglo-Saxon Messenger-- and those are Anglo-Saxon attitudes. He only does them when he's happy. His name is Haigha.' (He pronounced it so as to rhyme with `mayor.')

`I love my love with an H,' Alice couldn't help beginning, `because he is Happy. I hate him with an H, because he is Hideous. I fed him with--with--with Ham-sandwiches and Hay. His name is Haigha, and he lives--'

`He lives on the Hill,' the King remarked simply, without the least idea that he was joining in the game, while Alice was still hesitating for the name of a town beginning with H. `The other Messenger's called Hatta. I must have TWO, you know--to come and go. Once to come, and one to go.'

`I beg your pardon?' said Alice.

`It isn't respectable to beg,' said the King.

`I only meant that I didn't understand,' said Alice. `Why one to come and one to go?'

`Didn't I tell you?' the King repeated impatiently. `I must have Two--to fetch and carry. One to fetch, and one to carry.'

At this moment the Messenger arrived: he was far too much out of breath to say a word, and could only wave his hands about, and make the most fearful faces at the poor King.

`This young lady loves you with an H,' the King said, introducing Alice in the hope of turning off the Messenger's attention from himself--but it was no use--the Anglo-Saxon attitudes only got more extraordinary every moment, while the great eyes rolled wildly from side to side.
Reactions: Lexxi, Clara D. and Govi

A blink of light on the right.

And then the attempts to snuff out the light. 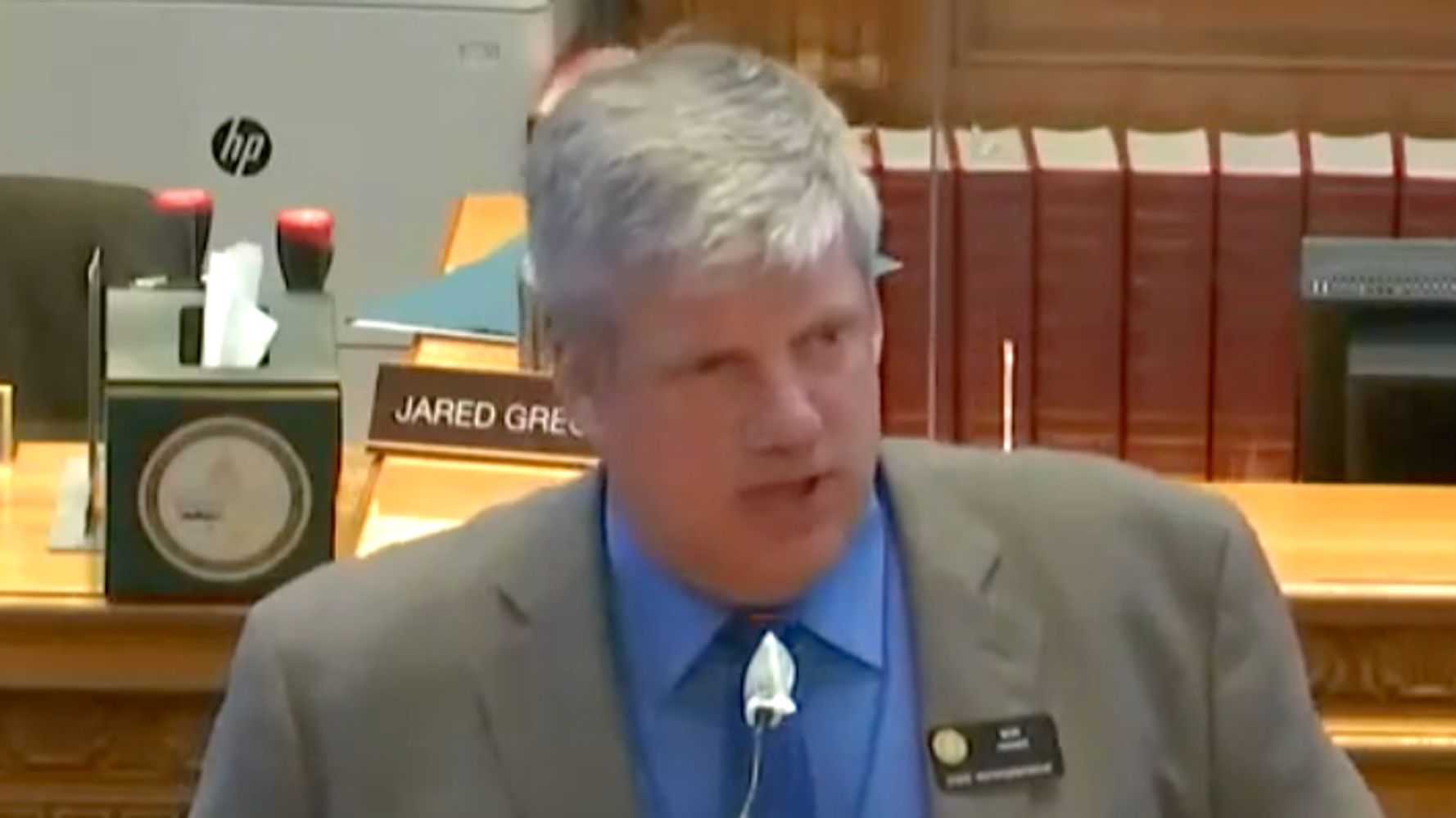 Rep. Ron Hanks argued on the House floor that the Three-Fifths Compromise made at the nation's founding "was not impugning anybody’s humanity."

Colorado state Rep. Ron Hanks (R) is facing criticism after he made a lynching joke on the state House floor and argued that the Three-Fifths Compromise of 1787 “was not impugning anyone’s humanity.”

The newly elected lawmaker, who was part of the insurrectionist mob that marched on the U.S. Capitol on Jan. 6, was mistakenly introduced as Rep. Lynch during debate on a bipartisan bill to strengthen civics education in Colorado public schools. (There is a Colorado lawmaker named Mike Lynch).

“Being called Mr. Lynch might be a good thing for what I’m about to say. No, just kidding,” Hanks began.
Click to expand...

He then defended the Three-Fifths Compromise, the agreement reached at the nation’s founding that counted slaves as three-fifths of a person when determining a state’s population.

“Going back to the founding, and going back to the three-fifths, and I heard the comments and I appreciate them, and I respect them. But the Three-Fifths Compromise, of course, was an effort by non-slave states to try to reduce the amount of representation that the slave states had,” he said. “It was not impugning anybody’s humanity.”
Click to expand...

I've heard the argument, that:

The three-fifths compromise was designed to stunt the power of the slave states, with the purpose of eventually ending the disgusting practice of slavery.
Click to expand...

But here's the thing: The politicians who came up with the Compromise hated slavery. And people who hated slavery back then wanted to abolish it, not codify it into the laws of their new country. Simply outlawing slavery would not pass. And allowing Southern states to count slaves "as a full person" without representation, without any rights, would definitely allow them to dominate the government.

But the argument is that the Compromise is not racist, and didn't impune anyone's humanity.

So then, did the Compromise lead, eventually, to "ending the disgusting practice of slavery?" Four generations of people living in slavery appear to contradict that point. There were less than 700 thousand black slaves in the U.S. in 1790. By 1860, that number was almost 4 million.

The 3/5th Compromise may have been a political gamble intended to keep the early Union together and intentionally bypass the "humanity of each individual," but in the end it helped to gentrify slavery, and every person who lived and eventually died under it was a human being which no law can hide us from.
Reactions: Ryanna Enfield and Aribeth Zelin

Slavery *impugned* people's humanity. Since these fucks would just as soon go back to it, I say let them volunteer.
Reactions: Aribeth Zelin

Don't watch it!! It's worse than TVTropes when it comes to time sinks - his average "large" projects are 10-16 hours over multiple YouTube vids, and they're all fascinating. 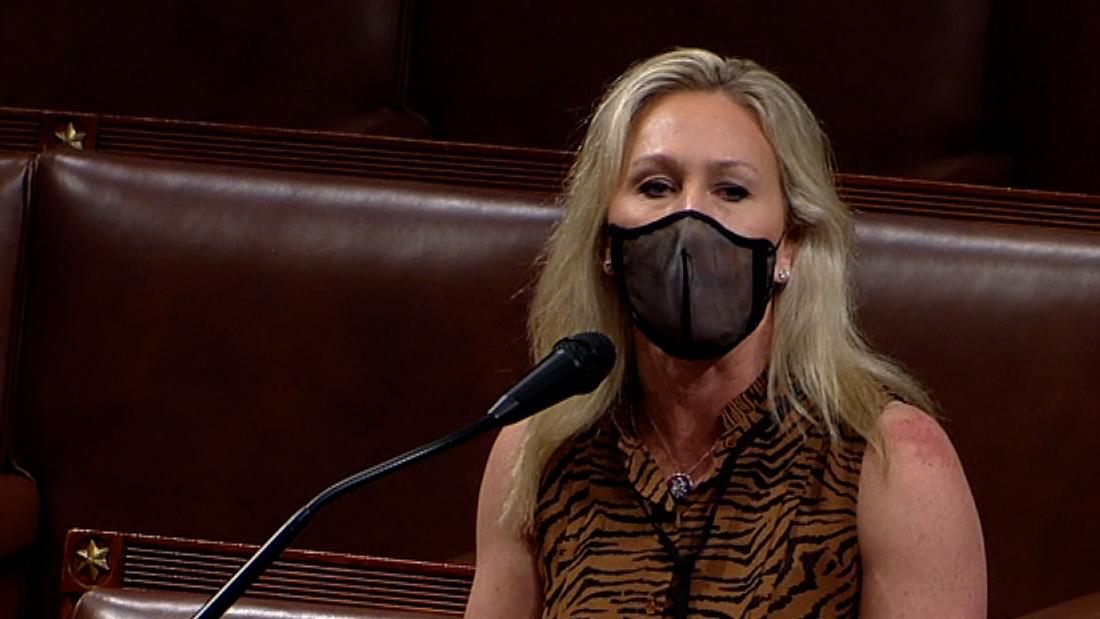 Conservative Rep. Marjorie Taylor Greene is scrapping the planned launch of her "America First" caucus after receiving blowback from leaders in her own party, despite confirming through a spokesperson on Friday that the caucus would launch.

From the Wapo article

On infrastructure, the caucus calls for the construction of roads, bridges and buildings that reflect “the architectural, engineering and aesthetic value that befits the progeny of European architecture, whereby public infrastructure must be utilitarian as well as stunningly, classically beautiful, befitting a world power and source of freedom.”
Click to expand...

In connection with the Anglo-Saxon roads,

Before the Roman came to Rye or out to Severn strode,
The rolling English drunkard made the rolling English road.
A reeling road, a rolling road, that rambles round the shire,
And after him the parson ran, the sexton and the squire;
A merry road, a mazy road, and such as we did tread
The night we went to Birmingham by way of Beachy Head.
Click to expand...

The Rolling English Road by G.K.Chesterton

(Chesterton's views tended towards the Catholic-Fascist, though not to the same extent as Elliot, Pound, or Wyndham Lewis and some of the other modernist writers).
Reactions: Ellie