Australia’s highest court has freed Cardinal George Pell, the Vatican’s former number three, after finding reasonable doubt that he molested choirboys in Melbourne in the 1990s.

The unanimous decision of the seven judges of the High Court shocked child sexual abuse campaigners and critics of the church.

The convictions were upheld on appeal to the highest court in the state of Victoria but that decision was overturned by the High Court of Australia in a summary judgment issued this morning.

The High Court found that there was a “significant possibility” that an innocent person had been convicted. “The jury, acting rationally on the whole of the evidence, ought to have entertained a doubt as to the applicant’s guilt with respect to each of the offences for which he was convicted,” it said
Click to expand...

Seems to me that, while in principle I don't much like superior courts second-guessing the trial jury's decision, that's the way it works in Australia, so we have to accept that Cardinal Pell was the victim of a serious miscarriage of justice.

ETA: The reason I'm unhappy about overturning the jury's decision is that, at least in British law, the defence can make submissions when the prosecution finishes presenting its case that there's no case to answer since a reasonable jury, properly directed, could not properly convict on the basis of the evidence presented by the prosecution.

However, after that decision has been taken then, unless something unexpected happens -- important new evidence emerges, the judge makes a serious error in law when directing the jury, that sort of thing -- then if the jury returns a guilty verdict that's it.

"The conviction is unsafe because the jury were wrongly told that...." or "because they didn't know that ..." are good reasons for overturning a verdict and ordering a retrial, but "because we think the jury got it wrong" isn't .
Last edited: Apr 7, 2020
Reactions: Arkady Arkright and Ashiri

Innula Zenovka said:
Seems to me that, while in principle I don't much like superior courts second-guessing the trial jury's decision, that's the way it works in Australia, so we have to accept that Cardinal Pell was the victim of a serious miscarriage of justice.
Click to expand... 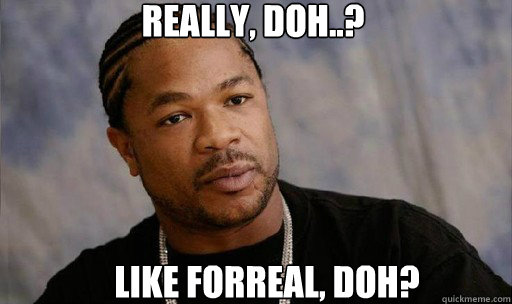 Oh, I'm thinking we have other options.
Reactions: Ryanna Enfield

Oh, I'm thinking we have other options.
Click to expand...

My problem with the decision is that, as I outlined above, I think it's very dangerous to second-guess the trial jury's findings, particularly in a case like this where the main evidence is that given live, under oath, by the complainant and the defendant, which the jury saw and heard as it happened, and the rest of us didn't.

However, I'm completely unfamiliar with Australian law and I certainly haven't studied the case, so I'm hardly in a position to argue with the unanimous opinion of the highest court in Australia about a case they've heard, either -- they must have provided some good reasons for their judgment that the conviction was unsound, which suggests the complainant's evidence was less than compelling.

What am I to go on, other than my prejudices either way, than the formal decision of the court?

Innula Zenovka said:
What am I to go on, other than my prejudices either way, than the formal decision of the court?
Click to expand...

Just hours after Australia's highest court threw out the sex abuse conviction of the Vatican's former treasurer, Pope Francis offered his morning Mass for all those who suffer from unjust sentences, which he compared to the persecution of Jesus.
Click to expand...

Christ himself would be laughing at that comparison. If he wasn't, you know. Dead. Or never existed. The court is out on that one.
Reactions: Ryanna Enfield and Jopsy Pendragon

George didn't speak at his trial. Lost his first appeal and oddly gained a second one.
Wins hands down.

Nothing to see here, move along fuckers.

I seriously feel sick and I'm not alone.
If you can see it, the Australian ABC 3 part series Revalations is stomach-turning.

Civil cases will be next. Eight I think?
I'm just glad he did spend time in jail.
He won't get more, he's too old and too connected.
Reactions: Katheryne Helendale, Ryanna Enfield and Aribeth Zelin


Christ himself would be laughing at that comparison. If he wasn't, you know. Dead. Or never existed. The court is out on that one.
Click to expand...

Honestly, when monsters like him escape justice, it just encourages people to seek their own instead.
Reactions: Fionalein

While the full judgement has not yet been published, or not that I can find it, this seems to be an official summary:

The High Court considered that, while the Court of Appeal majority assessed the evidence of the opportunity witnesses as leaving open the possibility that the complainant's account was correct, their Honours' analysis failed to engage with the question of whether there remained a reasonable possibility that the offending had not taken place, such that there ought to have been a reasonable doubt as to the applicant's guilt.

The unchallenged evidence of the opportunity witnesses was inconsistent with the complainant's account, and described: (i) the applicant's practice of greeting congregants on or near the Cathedral steps after Sunday solemn Mass; (ii) the established and historical Catholic church practice that required that the applicant, as an archbishop, always be accompanied when robed in the Cathedral; and (iii) the continuous traffic in and out of the priests' sacristy for ten to 15 minutes after the conclusion of the procession that ended Sunday solemn Mass.

The Court held that, on the assumption that the jury had assessed the complainant's evidence as thoroughly credible and reliable, the evidence of the opportunity witnesses nonetheless required the jury, acting rationally, to have entertained a reasonable doubt as to the applicant's guilt in relation to the offences involved in both alleged incidents.

With respect to each of the applicant's convictions, there was, consistently with the words the Court used in Chidiac v The Queen (1991) 171 CLR 432 at 444 and M v The Queen (1994) 181 CLR 487 at 494, "a significant possibility that an innocent person has been convicted because the evidence did not establish guilt to the requisite standard of proof".
Click to expand...

These are the reasons the High Court quashed George Pell's convictions

Read the judgement summary issued by the High Court of Australia after it overturned George Pell's sexual abuse convictions.

While, as I said, I don't like the idea of second-guessing the jury, it certainly sounds as if the prosecution case was not as compelling as it might otherwise have been.
Reactions: Ashiri

Jopsy Pendragon said:
Honestly, when monsters like him escape justice, it just encourages people to seek their own instead.
Click to expand...

Which is a real danger in our times, especially for the really wrongfully accused...
Reactions: Jopsy Pendragon

Here's an article in which two legal experts explain the decision. How George Pell won in the High Court on a legal technicality
Reactions: Jopsy Pendragon and Innula Zenovka

This. Still the same now as then. More so.
I'm so fucking cross. I'm cross at Francis now as well.
Guilt by letting it slide. How many hundreds of years?
Don't listen at work. Unless you work at home with a cat or dog or an actual person that isn't a fucking Pope.
Reactions: Beebo Brink

It is just as important. Moreso so that it doesn't get shoved under yet another rug.
Reactions: Ryanna Enfield, Beebo Brink and Free

The abuse that happened at Catholic churches is a reflection of a problem in society at large. No need to throw the baby out with the bath water, you're discarding 7,000 years of wisdom and one of the great cultural traditions of the western world in reaction.
Reactions: danielravennest and Kamilah Hauptmann

Nostrildamus said:
No need to throw the baby out with the bath water
Click to expand...

Tell that to the people behind the Inquisition.

Free said:
Tell that to the people behind the Inquisition.

Meanwhile, I bet you breathe really easily.
Click to expand...

The inquisition would be associating anybody of the catholic faith, or the church in general, with these molesters who account for probably 1% of the total. The Catholic Church is part of my culture, was an alter server myself never saw anything improper.

Nostrildamus said:
The Catholic Church is part of my culture, was an alter server myself never saw anything improper.
Click to expand...

Thats almost like being prejudiced though isn't it? All catholics denounce the child molester preists, not like we approve of it right?

Nostrildamus said:
Thats almost like being prejudiced though isn't it? All catholics denounce the child molester preists, not like we approve of it right?
Click to expand...

The Catholic hierarchy has a long history of ignoring, or sometimes enabling, predator clerics at every level. The institution places higher value on protecting the priests, or at the very least the reputation of the Church, above the welfare of vulnerable parishioners. For an institution that also grants itself moral authority over everyone else, the unwillingness to root out sexual exploitation is a moral failing of the deepest order. A church that is so embued with abuse of power has no moral authority; they are spiritually bankrupt.
Reactions: Maggy Hazelnut, Arkady Arkright, Ryanna Enfield and 1 other person

I don't care who fucked what small child. You all know about it and you did nothing. ALL of you are guilty of that.
You sorry cunt.
Reactions: Katheryne Helendale and Beebo Brink

Nostrildamus. You fucked children by association.
You knew that this had happened.
You know it now. And you are okay with it.
I don't have to live with you. You do.