So what's next, the Bubonic Plague?

A squirrel tested positive for the bubonic plague in Colorado. Are people at risk?

The squirrel was found in the town of Morrison, Jefferson County Public Health said in a news release. It’s the first case of the plague recorded in Jefferson County, according to the release.

The bubonic plague is an infectious disease caused by a bacteria that is naturally occurring in Colorado, KUSA reported. It was responsible for the “Black Death,” which caused 50 million deaths in Europe during the 14th century, according to the World Health Organization (WHO).

The Colorado Department of Public Health and Environment says there has been an increased amount of plague activity in the state and it was recently found in Broomfield, KUSA reported.
Click to expand...

The plague is treatable with antibiotics.
Has to be monitored though.
Reactions: Rose Karuna and Free

Bubonic plague is endemic to the US. I remember some years ago someone got pneumonic plague (the worst kind) from their cat. They recovered. Not the pet.

Just another reason to wear masks.

There's actually been a small outbreak in China.

Don't Worry about the Bubonic Plague

Sovereignty said:
Bubonic plague is endemic to the US.
Click to expand...

To rural areas of the Western U.S. I don't think Massachusetts and Hawaii have much to worry about.

Free said:
To rural areas of the Western U.S. I don't think Massachusetts and Hawaii have much to worry about.
Click to expand...

I don't think people in the western US have much to worry about either.
Reactions: Free

Known diseases aren't as scary, because medical science has at least some ideas that they know work to combat them. That's what people who hold COVID 19 up against swine flu don't get. They say, oh, same number of deaths, why all the fuss now? There's too much inaccuracy there to even unpack.
Bubonic plague sounds scary af, but the treatment is known. They're still guessing with COVID.
Reactions: Sovereignty

Some people like to eye roll over semantics of the word "much".

Sovereignty said:
Some people like to eye roll over semantics of the word "much".
Click to expand...

Believe me, my eye rolls are never over the use of a single word.

*roots for the plague*
Reactions: Free

I useta know a guy who was a mouse in SL

. Not sure that counts as I’m pretty sure he was alive.

Our kitties are all inside-only kitties

, except only the dog

is allowed outside and she hasn’t brought inside anything except a few fleas. We’ve got that pretty much under control, really. Don’t sit there, that’s the pet sofa and we won’t be responsible.

Sovereignty said:
Bubonic plague is endemic to the US. I remember some years ago someone got pneumonic plague (the worst kind) from their cat. They recovered. Not the pet.

Just another reason to wear masks.
Click to expand...

It may seem like a strange thread to put this link about the crumbling infrastructure in the US into but it's interesting that "Public Health" is not even on the list of infrastructure that is crumbling on this list. That's pretty scary and very evident now that we're in the mists of a pandemic. I suspect that if Trump were to remain president we'd see much more instances of pandemics and plagues and their effects would be much greater because we don't have the medical supply and hospital infrastructure to actually treat enough people. That's evident now. 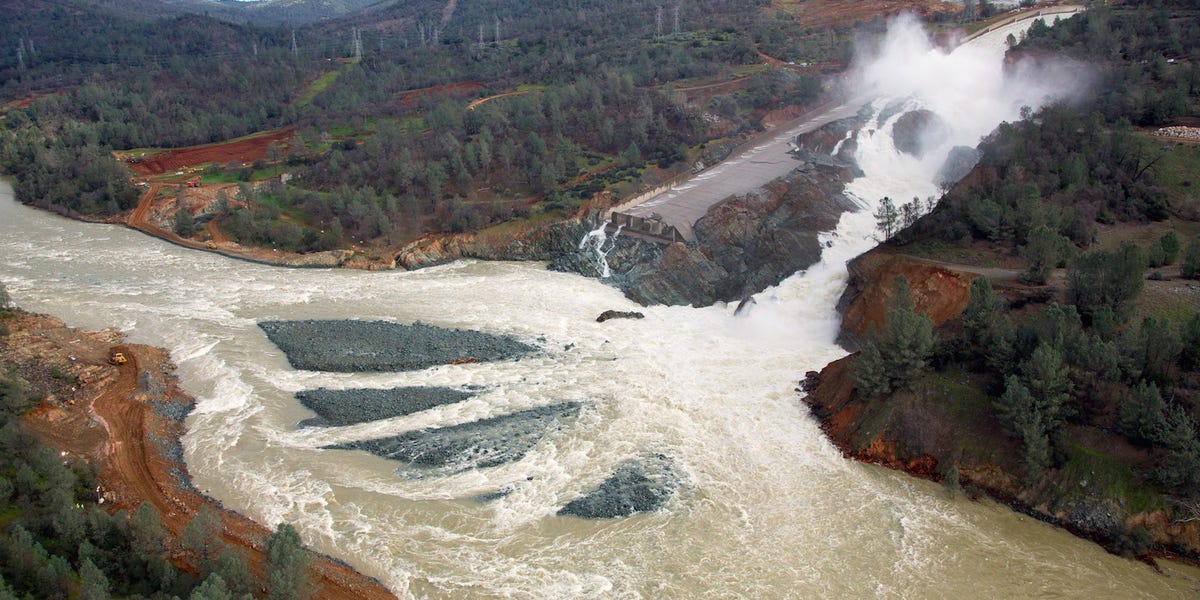 America's infrastructure is desperately in need of investment, according to the American Society of Civil Engineers.

We have spent years under Republicans who have systematically dismantled funding for our infrastructure and ferried it off to a bunch of rich assholes under the "guise" of privatization. This has been done at a local, state and federal level and we've allowed them do it because of the promise of lowering taxes. The truth is, we pay more because they just remove the service from the public treasury and tell their residents to pay for it directly. It's a lot like what the airlines have done. Yes, you can fly cheap but it you want to check your luggage you have to pay separately, if you want to carry on a laptop, you have to pay separately, if you want to choose a seat etc. etc. etc.

It's Newspeak and Doublethink - you're still getting charged but they aren't calling it a tax any longer. This sleight of hand allows them to pilfer the treasury but the end result is that the work doesn't get done and ultimately, the infrastructure fails. That's what we are seeing now.
Reactions: Aribeth Zelin, Isabeau, Beebo Brink and 4 others
Show hidden low quality content
You must log in or register to reply here.
Share:
Facebook Twitter Reddit Pinterest Tumblr WhatsApp Email Link
Top Bottom