Pennsylvania resident Jade Noone has filed a civil rights lawsuit for false arrest against the State Police.

Noone was arrested in 2017 for possession with intent, one year after the alleged crime. The crime involved a sting operation, in which an undercover detective bought heroin from a dealer, who was Jade Noone's boyfriend at the time. A female suspect actually delivered the drugs to the undercover officer, and the police detective handling that case positively identified Noone in the video of the delivery as the female suspect. The problem is, the woman in the video is white, while Jade Noone is black. They arrested a black person for something a white person was caught on video doing.

In a December 2018 response to Noone’s complaint, state Deputy Attorney General Daniel Gallagher wrote that it’s not possible to discern if the tattoo seen in the video was permanent or if Noone had a tattoo removed. He also wrote that there is no evidence that Noone did not have dental work done since the video was recorded in 2016 which would account for the difference in teeth. Gallagher even demanded proof that Noone is Black.
Click to expand...

Katheryne Helendale said:
Georgia Governor Brian Kemp signed HB 481, the so-called fetal heartbeat law, into law yesterday, criminalizing all abortions after a fetal heartbeat can be detected. Anyone who gets such an abortion can be sentenced to life in prison or the death penalty. Oh, it gets even worse: Under the new law, simply having a miscarriage can lead to charges of second-degree murder, a crime punishable by 10-30 years in prison, if it can be shown the woman was somehow responsible for the miscarriage. And, oh yeah, law enforcement will find any way possible to pin the miscarriage on the woman's actions.

The Republican Party needs to die in a fire and burn for eternity in hell! 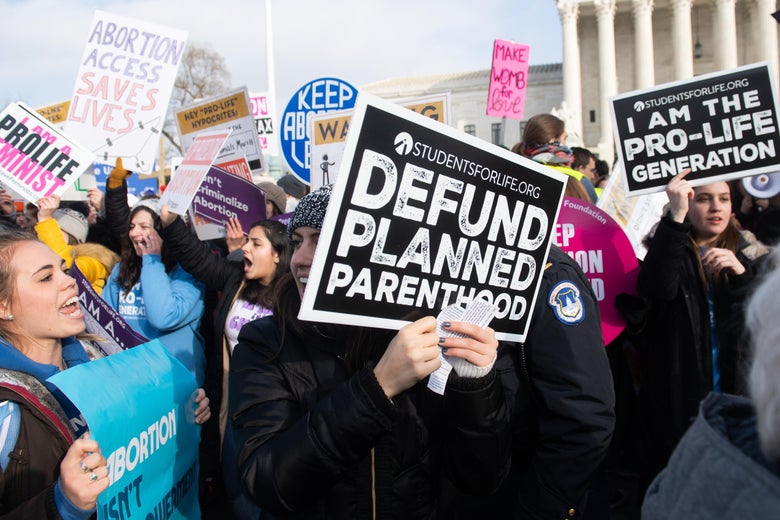 Georgia Just Criminalized Abortion. Women Who Terminate Their Pregnancies Would Be Subject to Life in Prison.

Women who miscarry or get legal abortions out of state could also be imprisoned.

Even women who seek lawful abortions out of state may not escape punishment. If a Georgia resident plans to travel elsewhere to obtain an abortion, she may be charged with conspiracy to commit murder, punishable by 10 years’ imprisonment. An individual who helps a woman plan her trip to get an out-of-state abortion, or transports her to the clinic, may also be charged with conspiracy. These individuals, after all, are “conspiring” to end of the life of a “person” with “full legal recognition” under Georgia law.
Click to expand...

Bugger the lot of them.
Reactions: Kaimi Kyomoon, Rose Karuna, Cindy Claveau and 5 others

Repeating ridiculous lies in an increasingly aggrieved fashion, knowing you were lying, knowing everyone else in the room knew you were lying, and that it simply did not matter—all this was exactly the sort of show of dominance that America needed to get back on track.
Click to expand...

Ellie said:
Bugger the lot of them.
Click to expand...

The Texas Democrat knows her bill has no hope of becoming law, and has introduced it to satirise how women have been affected by targeted healthcare legislation in her state, particularly relating to abortion. Hence the references to “sanctity of life” and anti-masturbation clauses that appear to take Monty Python’s advice that “every sperm is sacred” to its logical, legal conclusion.
Click to expand...

Should 11-year-old girls have to bear their rapists' babies? Ohio says yes.

A follow-up anti-abortion bill in the legislative hopper in Ohio would, among other things, ban "drugs or devices used to prevent the implantation of a fertilized ovum,” which includes several popular forms of birth control.
Click to expand...

I'm thoroughly convinced this has nothing to do with being against abortion, per se, but about men controlling women's bodies and making them squeeze out more white Republicans.
Reactions: RodeejahUrquan, Rose Karuna, Ellie and 3 others 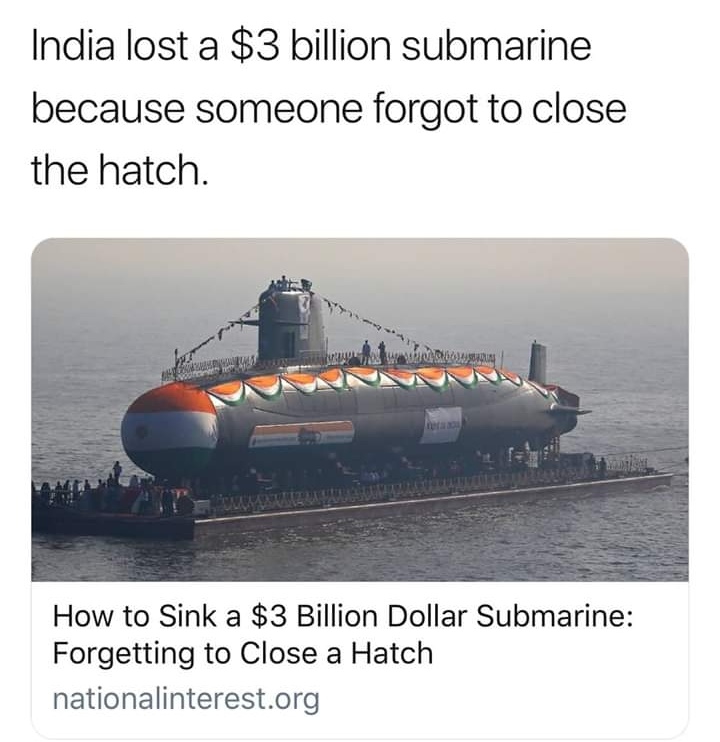 This reminds me of something that happened at least 20 years ago. The feds wanted to give Orange County CA schools money for a free breakfast program. The people in charge of the schools declined the money because "the parents should pay for their own kids meals".
Reactions: Brenda Archer, Katheryne Helendale, Govi and 1 other person

Here, they give an abundance of choice to those who can pay, setting up the two-tier system.

When students in Warwick, R.I., line up in the cafeteria next week, they’ll have no shortage of lunch options. Do they want a chicken Parmesan melt? Hummus and fresh vegetables with tortilla crisps? Pizza? Sweet potato tots? A burger? Something from the deli bar? Or, in the popular all-day-breakfast category, pancakes with a cheese omelet and a side of bacon?
Click to expand...

Here they claim that their Dickensian policy is due to budget shortfall, yet they find the money to provide that choice to those with money and the $77k that is owed has nothing to do with the $4 million bedget shortfall, which I would bet is either because people and politicians refuse to pay for public schools or because of mismanagement, in addition to the horrible policy of schools being funded by property taxes. Instead of looking at those two reasons, they choose to punish the poor for their rather small contribution to the shortfall as compared to the overall shortfall and its causes.

School administrators have said that such extreme measures are necessary because of budget shortfalls. Karen Bachus, the Warwick School Committee’s chairwoman, told the Journal that the district is owed more than $40,000 in lunch money. Other officials told WJAR and the Warwick Post that the total was closer to $77,000. Due to a $4 million deficit, the district has already cut back on janitorial services and is looking at eliminating a popular mentoring program that now lacks funding, the Journal also reported.
Click to expand...

And finally, here they say that the reason they won't take the money is because then they'd have to single out who gets the benefit, yet they don't mind singling out exactly who is going to eat jelly sandwiches.

In a statement to local media, Warwick officials said that they had to turn down the money because otherwise they would have had to decide which students it should benefit. “Each time these offers were made, Warwick Public Schools stated that the school department was not in the position to single out or identify specific students that should be selected for a reduction in their lunch debt while excluding others,” the statement said.
Click to expand...

Last edited: May 11, 2019
Reactions: Ellie, RodeejahUrquan, Kaimi Kyomoon and 3 others

Jolene Benoir said:
Here, they give an abundance of choice to those who can pay, setting up the two-tier system.


Here they claim that their Dickensian policy is due to budget shortfall, yet they find the money to provide that choice to those with money and the $77k that is owed has nothing to do with the $4 million bedget shortfall, which I would bet is either because people and politicians refuse to pay for public schools or because of mismanagement, in addition to the horrible policy of schools being funded by property taxes. Instead of looking at those two reasons, they choose to punish the poor for their rather small contribution to the shortfall as compared to the overall shortfall and its causes.


And finally, here they say that the reason they won't take the money is because then they'd have to single out who gets the benefit, yet they don't mind singling out exactly who is going to eat jelly sandwiches.
Click to expand...

Shit like that really makes me angry. So the school district can't decide whose lunch debts to forgive (it really isn't rocket science), so they decide to just fuck everybody who can't afford to pay their lunch bills! Kids in school endure enough being singled out and bullying in school (Oh, you got a PB&J from the lunch line? Got your hot meal confiscated and thrown away in front of everybody? Sucks to be you) without school administration getting in on the act as well.
Reactions: Ellie, Kaimi Kyomoon, Ryanna Enfield and 1 other person

So a story like this is just one of my nightmares, that's all.

James Louis Jordan, 30, was arrested early Saturday after Wythe County, Va., sheriff’s deputies located him along the trail in southwestern Virginia by tracking an SOS signal triggered by one of the victims, officials said.

The U.S. Attorney’s Office for the Western District of Virginia said in a statement Sunday that Jordan, of West Yarmouth, Mass., is charged with murder and assault with intent to murder in connection with the attack. Jordan is scheduled to appear in court in Abingdon, Va., on Monday.


The names of the victims have not been released, but law enforcement described the horrific scene that involved multiple agencies in a combined effort to catch Jordan.

It is high season for “thru-hikers” traveling the length of the famed scenic trail, which stretches along 2,100 miles from Georgia to Maine. Hikers typically begin around spring and trek north.

Dunagan’s deputies were the first to encounter Jordan, several yards from the scene of Saturday’s attack. It had been reported that a man wielding a large knife, accompanied by a dog, had threatened a group of four hikers camped out late Friday.

Authorities said Jordan pursued two of the hikers, who fled north, but they eluded him. Those two reached sheriff’s deputies in nearby Bland County and reported the nighttime attack. The other two hikers fled south but were unable to escape. Jordan chased and caught up with them, leading to the attack, authorities said.

Dunagan said the male victim managed to trigger an SOS signal on his phone, and the mobile service provider alerted deputies to his location just north of the Mount Rogers National Recreation Area. The woman — who suffered defensive wounds and was severely injured by the stabbing — escaped.

“She pretended to be dead and when [Jordan] walked away after his dog, she took off running,” Dunagan said.

The woman found help with another group of hikers she encountered six miles away in Smyth County, Va., and was transported to the nearest trauma center, the sheriff said.

The Wythe County Sheriff’s Office tactical team traveled four miles into the woods to locate the wounded man’s SOS signal. They initially came across walkers who described a knife-wielding man known as “Sovereign” who roamed the trail with a dog.

While authorities were talking to the group, a dog ambled over to the camp. Deputies followed the animal, who led them back to Jordan, and he was taken into custody without incident. Investigators later found a 20-inch knife nearby along the trail and soon discovered the male victim.

Jordan, who authorities said they think is “Sovereign,” was well known to the community of hikers on the trail. Recent news reports of incidents in Tennessee, North Carolina and Georgia describe a man threatening and chasing other hikers with a machete or large knife.
Click to expand...

There's a lot more information in the article; apparently the guy has been stalking this area of the trail for a few months and got arrested earlier in the year but was let off.
Reactions: Ellie, Kaimi Kyomoon, Kamilah Hauptmann and 2 others 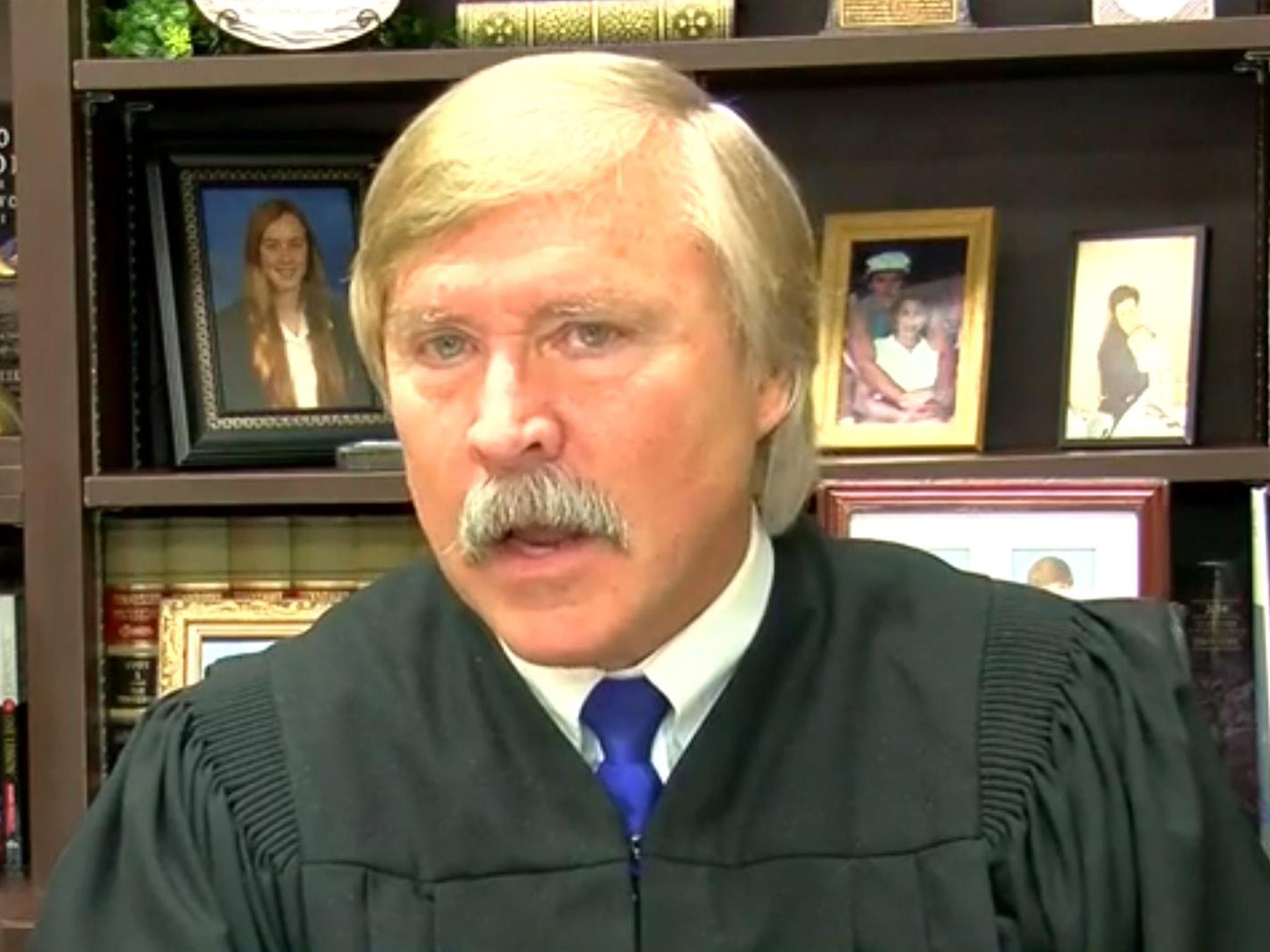 The judge says he doesn't agree with being a Holocaust denier

I wish the people who said stuff like that would get the fuck over the Confederacy.
Reactions: Ellie, RodeejahUrquan, Kaimi Kyomoon and 8 others

The judge says he doesn't agree with being a Holocaust denier