Remember when Tumblr was worth 1.1 billion dollars?

Tumblr once sold for $1.1 billion. The owner of WordPress just bought the site for a fraction of that.

Tumblr, the onetime darling of social media, sold for a whopping $1.1 billion in 2013. On Monday, in perhaps the latest mark of its decline, the site was reportedly bought for just $3 million.

Twitter didn’t miss a beat in pointing out that Tumblr’s reported sales price was less than that of this bluefin tuna. BuzzFeed propped up a list of seven condos you can buy in New York for the same price as Tumblr.

So how did this happen? How did Tumblr — once a booming online start-up — get swallowed up by the owner of WordPress, another blogging giant and Tumblr’s former rival?
Click to expand...

Well the headays of blogging platforms have been long gone, most of it has been usurped by Facebook, the unique selling point was the acceptance of NSFW content which Tumblr dropped a while ago, so it became boring, and Tumblr obviously has never had a good working revenue model.
Last edited: Aug 14, 2019

Bartholomew Gallacher said:
the unique selling point was the acceptance of NSFW content which Tumblr dropped a while ago, so it became boring, and Tumblr obviously has never had a good working revenue model.
Click to expand...

The irony is that Verizon bought Tumblr, *then* dropped the NSFW content, and then made a long sadface when MYSTERIOUSLY Tumblr didn't matter anymore. All it took them was two years to completely waste a 1.1 billion dollar acquisition.

But it's the oh so very typical sign of a company acquiring something out of blind "it's big, let's get it and make money!", without any idea or feel of who the core audience is or why i's popular in the first place. Good job, Verizon. Good job.
Reactions: Brenda Archer

A fear years ago, I'd have cheered when Automattic bought Tumblr. But the state Wordpress is these days, I'm glad I don't use Tumblr.

I can't remember seeing a tech company purchase and thinking "oh they're totally worth that much money" - it always has the feeling of fantasy and rich businesses gambling on the vaguest business plans. The $3 mil looks more reasonable, but I'm not sure Automattic are going to go the right way. I hope they do; maybe the Tumblr staff will be a good influence. There's certainly potential for Tumblr to improve their finances and do better.

Well Automattic seemed always like a company to me which prefers delivering few, but trustworthy products, avoids using to many buzzwords and bullshit stuff, and always wanted slow, but steady growth. So not make money fast, but make steady money over a long time period.

So maybe going under the umbrella of such a company is not the worst thing which could have happened if they are able to turn that ship around.
Reactions: Brenda Archer

The only thing that would make the undoing of the Tumblr porn-ban have any effect, is if Twitter suddenly raised one - because that's, of all places, where most of those blogs went. Heh.
Reactions: Clara D. and Kalel

I could never get a handle on Tumblr. Like, I can set up multiple blogs, so I can do sort of themey blog, but when I follow a blog, it's always in one feed, so the feed becomes overwhelmingly huge. 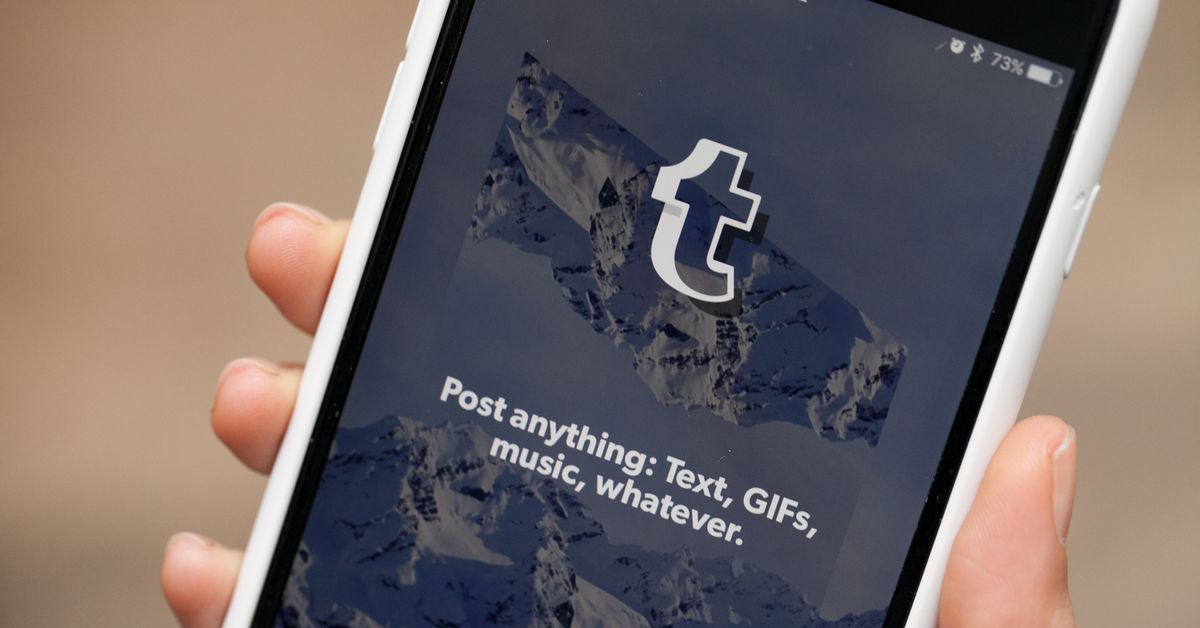 Exclusive: Automattic CEO Matt Mullenweg on what’s next for Tumblr

Blogging is back, maybe!

"Indict" should rhyme with "verdict", dammit.

They're still pretty aggressive, though it seems to be post-by-post so it takes them a while to catch up.

Selective enforcement means that no one knows the rules. We have that around here for animal and building codes. It's an ugly system and it guarantees that severe inequities will exist.
Reactions: Grandma Bates and Brenda Archer
Show hidden low quality content
You must log in or register to reply here.
Share:
Facebook Twitter Reddit Pinterest Tumblr WhatsApp Email Link
Top Bottom