Reactions to the Oculus Quest

I ordered this after watching the video. I went with a bit longer one than what they put in the link and I'm getting 2 instead of 3. It costs $10.90 before tax. 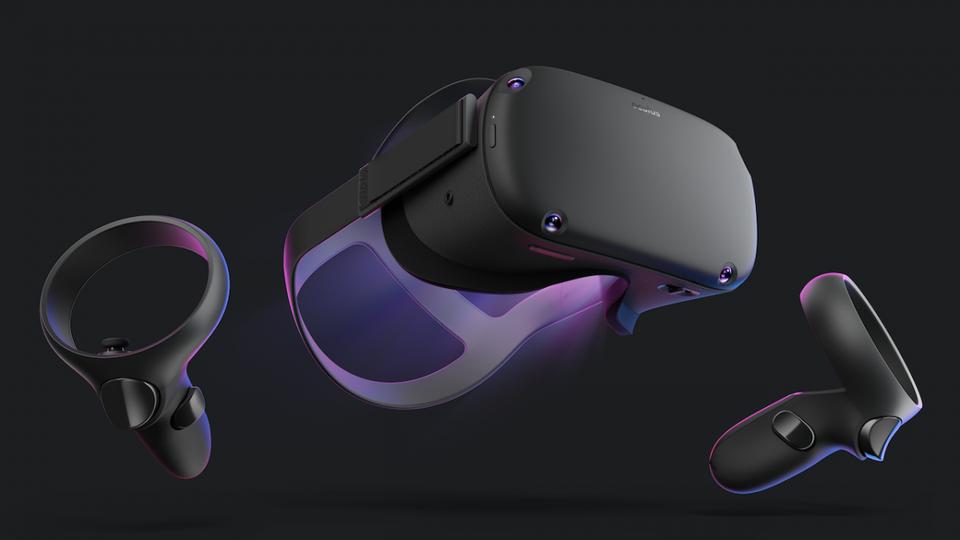 Facebook's Oculus Quest Fixes VR: This Is A Game Changer

Oculus Quest has fixed the single biggest problem with VR: the five-minute fix.

Facebook's Oculus Quest Fixes VR: This Is A Game Changer

Oculus Quest has fixed the single biggest problem with VR: the five-minute fix.

Game changer, indeed. I'm sipping coffee in the morning, just before taking off for work, and I've already had a 20-minute VR session. I reach for my Quest every morning after waking up, play Beat Saber for 20-30mins, then shower and dress. It's now just part of my morning routine.
Reactions: Brenda Archer and Cristiano

I bought my Quest just a few days after Cris did, not fully realizing that it had just been released and I was damn lucky to get one since they sold out everywhere. At this point, just a few days short of 3mos of play, my Quest is still a joy, even if the heady thrill doesn't come quite as often.

My skepticism about the prospects for entertainment VR have turned out to be off the mark. I thought the immersive quality would be a problem for busy people, especially parents, but judging from comments on Reddit, the opposite is the case. Oculus Quest offers them an easy, quick way to get away from stress -- cutting out all the distractions of modern life -- and then pop back to reality. Even short sessions are restorative. I was also touched by the story from one father who says he and his young daughter meet up to watch movies together when he's on business trips.

And there's the exercise potential. My stamina is slowly improving as a direct result of my playing Beat Saber on a regular basis. When I first started, I could get through about two or three songs max before being too winded to continue, and usually it would take a few days for me to feel up to another session. Now I'm playing steadily for 20-30mins every other day, and I'm hoping to push up to 4-5 times per week. My progress is slow, but I'm on an upward path.

And it's also just plain fun. I added a VR pinball game to my library this week, and I may indulge in a puzzle game this weekend. I can feel the itch for Time Stall growing....
Reactions: Brenda Archer, Erich Templar and Cristiano