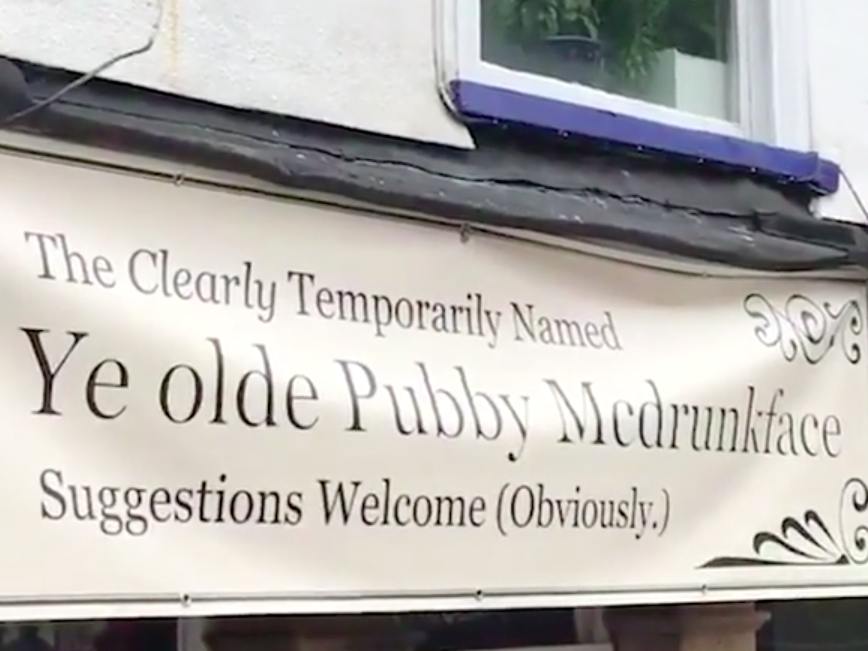 ‘We are listening. Black lives matter,’ sign outside venue says

...in the good old tradition of Boaty McBoatface!

Reactions: Sid, Govi, Archer and 3 others

What the bleep? DC cops are used to what rights protesters have so something must be going on.

President calls it a ‘symbol of hate’ and said it would amount to ‘denigrating this luxury Avenue.’

President Trump blasted Black Lives Matter as a “symbol of hate” on Wednesday and claimed the city would ruin the “luxury” of Midtown by painting a mural of the famous rallying cry in front of his most prized skyscraper.

The president aired the divisive complaint in a string of tweets after Mayor Bill de Blasio said the city will move ahead “in a matter of days” with plans to paint “Black Lives Matter” in giant, yellow letters on the stretch of Fifth Avenue directly in front of Trump Tower.
Click to expand...

Since the hate is aimed at one person who deserves it, I approve.
Reactions: Tigar, WolfEyes, Soen Eber and 3 others

Mark McCloskey, one half of the husband-and-wife pair recently captured on video looking ridiculous while brandishing weapons at demonstrators passing by their St. Louis home, is now complaining that his “life has been ruined.”
www.theroot.com

In an interview with CNN’s Chris Cuomo on Tuesday, McCloskey balked at the suggestion that he is now the face of resistance to the Black Lives Matter movement and said he has suffered since the video of him threatening people with a loaded gun has gone public.

“I was a victim of the mob who came through the gate, I didn’t care what color they were,” McCloskey told Cuomo. “I didn’t care what their motivation was. I was frightened, I was assaulted, I was in imminent fear that they would run me over, kill me, burn my house.”
Click to expand...

He's hired a legal ghoul to...well, I'm not quite sure what he's there for. But McCloskey is a lawyer, and lawyers often only tend to think in legal terms, so...
Reactions: Archer and Ryanna Enfield

I saw it, of course, because it was the post immediately following that one. The road was blocked, he deliberately went around and it appears like he even may have deliberately target edthose people.

Lots of people in the comments saying protesters deserve to be hit. Fuck that shit. That a a 2,000 lb + machine you are using to hit pedestrians. Evil shit.
Reactions: Govi, Archer, Grandma Bates and 1 other person

'There is no rasicm' as they do a racist act.
Reactions: Archer, Govi, Ryanna Enfield and 1 other person

I don't recall the last time I saw a police officer on neighborhood patrols.
Reactions: Govi and Lady Darnk Juniorette