When I peeked into Twitter, I saw the hashtag "patients are not faking",, accompanied by many firsthand stories of people suffering because of healthcare professionals not believing them.
It grew as a response to this TikTok video, posted by a nurse: A look at her Twitter page reveals a couple of others, and a generally awful attitude.
Some people are driving the hashtag stories with the perennial, "lighten up, it's just a joke". And I suppose it was, but that didn't make it funny to people who have suffered because their symptoms were real and they weren't believed. And yes, they're being called "snowflakes".
Reactions: Rose Karuna, Zaida Gearbox, RodeejahUrquan and 5 others
H

Sure it's a joke.
It's a horrible joke, that helps de-humanize people.
Fuck that shit.

In other news, people are horrible, and double down on horribleness when confronted. Film at 11.
Reactions: Rose Karuna, Zaida Gearbox, RodeejahUrquan and 3 others
H

Well it seems likely her employer is going to get an earful (or mailbox-full).
I have a feeling she won't think it's so funny then.
Reactions: RodeejahUrquan, Katheryne Helendale, Brenda Archer and 1 other person

Nurse Makes A Skit About Patients “Faking”…Black Women Let Her Have It By Veronica Wells November 22, 2019 [IMG] There are several reasons why... ETA: I've spent nearly an hour reading through the responses on the Lipstick forum, a thread filled with harrowing accounts of black women whose pain was ignored by white doctors and nurses. Some of those women died. So there's one reason that video fails to amuse.

At the very least -- even if you don't believe this is racist in intent -- this is just an incredibly unprofessional social media posting. Anyone who can't see that, who is more focused on gaining 10mins of internet fame, doesn't have the judgment for a professional position.
Last edited: Nov 23, 2019
Reactions: Rose Karuna, RodeejahUrquan, Brenda Archer and 2 others

In a similar vein, a couple of recent stories about British paramedics 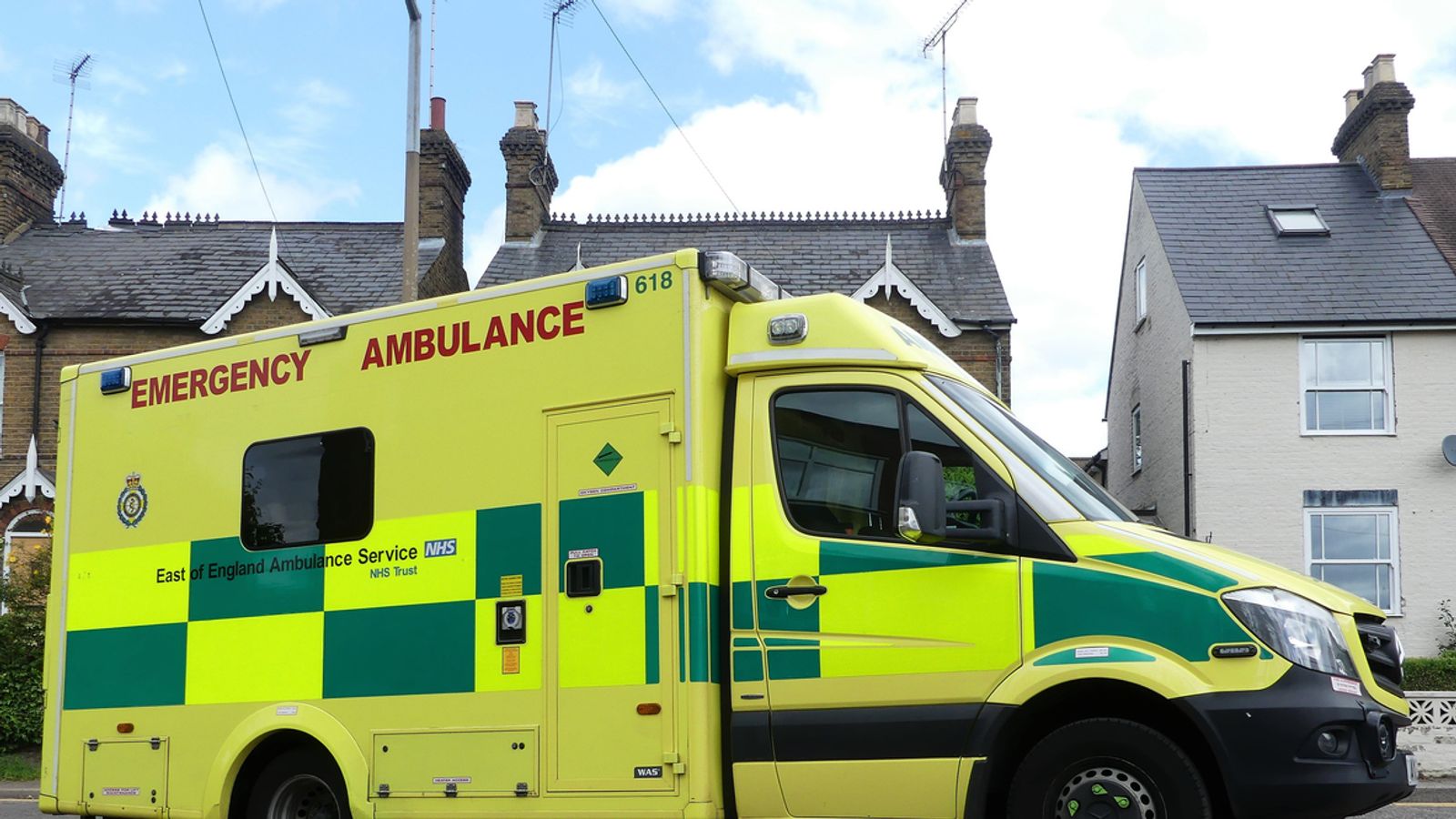 Paramedic Lucy Bambridge says her comments weren't intended to distress the patient, who was suffering a miscarriage.

Paramedic struck off for dismissing patient's stroke as 'just a migraine'

The patient was later discovered to have experienced a bleed on the brain.

Innula Zenovka said:
In a similar vein, a couple of recent stories about British paramedics

Paramedic Lucy Bambridge says her comments weren't intended to distress the patient, who was suffering a miscarriage.

Please to Stop put baby in a box! - Andie Apollo

Twitter is lit up with the #patientsarenotfaking hashtag. Stories of suffering, unnecessary disability and death. Most of the posts are by or about women. Everyone is acknowledging that women and POC are being (mis)treated differently from white men. Stories of women only getting help when a husband or boyfriend intervened. I’ve had enough negative experiences of my own to know these people are telling the truth. I still can’t get a pulmonologist - one treated me badly and since then, they all do. I am only getting treated because of my cardiologist. No luck at the ER. Even though the CT scan did show the problem.

This neglect of patients, plus ever-worsening and bad insurance, is helping make the health of young people actually decline.


I’ve seen a cancer patient in Stage Four metastatic disease get denied care and almost didn’t even get told she had this cancer. I know that medicine has developed a corporate culture that is a big part of the problem, but this stuff isn’t merely structural. It’s rank bigotry and incompetence. Something is wrong with a culture that resists change, and patients have become the enemy.
Reactions: Ryanna Enfield, Rose Karuna, Romana and 3 others

It's not that patients are the enemy. It's that profit is the only overarching goal. Nothing else matters. #FuckCapitalism
Reactions: Rose Karuna and Katheryne Helendale

Sean Gorham said:
It's not that patients are the enemy. It's that profit is the only overarching goal. Nothing else matters. #FuckCapitalism
Click to expand...

I wish it was just the money. But that doesn’t explain the cruelty to even well-heeled women with good insurance. There seems to be a lot of ego and gender role bullshit, just from what I’ve been able to see and hear. And I hear WOC with good insurance say they’re still getting treated badly. If women’s money was equally green it wouldn’t pan out this way.
Reactions: Ava Glasgow, Ryanna Enfield, Rose Karuna and 1 other person

When I was 11 years old I had "walking pneumonia" (actually pneumonia but a mild case, probably in just one lung). My parents took me to the "family" doctor who told them I was faking the whole thing so that I didn't have to go to school.

My parents were livid with me (doctors were expensive and we were poor), needless to say, as the pneumonia grew worse, I even got punished by them for "fake coughing" and then one day I started coughing up blood. I showed my grandmother, she took my temperature and it was 104 degrees. My grandparents took me to the hospital and I had double pneumonia and spent a week in the hospital where they had to go in through my back with a needle to drain my lungs and since then I've had life long scaring and damage to my lungs because of it.

Just because one asshole doctor didn't bother to take a chest Xray on a precocious 11 year old. Yes, I'm pretty sure that he was mortally offended by my precociousness. His payback was telling my parents I was faking.

Medical professionals are supposed to be just that, professionals. Every day we're going to run into people we don't like, we still have to deal with them professionally. Making videos of mocking patients is hardly professional.

Are there difficult patients out there? Heck yeah, occasionally I wonder how nurses go into work every day. Often I have a lot more respect for the nurses than the doctors because they have tremendous responsibility and they generally take crap from the patients, from the patients families and from the doctors. It's a tough and often thankless job that requires nerves of steel and a lot of dedication.

But please, if you've chosen the profession, be professional and don't discount your patients pain. Please keep in mind that many hypochondiracs are often branded as such because doctors have just not taken enough time to figure out what's really wrong with them.
Reactions: Sean Gorham, Soen Eber, Isabeau and 5 others

In late 2017 I had a stroke-actually a CVT, but literally EXACTLY the same symptoms of stroke and I was treated for it in stroke ward and they just classify it as "Stroke, but bloodflow going the opposite way".
Anyway, this meant blood thinners and blood thinners means you gotta treat yourself like a china doll. No wounds, no cuts, don't do anything you'd fall over and risk bleeding internally, etc. I had a really bad, really unusual headache which meant back to emergency in case of stroke number too or a head energy from bumping it with blood thinners.

The nurse seemed to take my presence there *personally*. She sighed and shook her head angrily whenever she seen me, loudly bitched and complained 'why didn't you go to X hospital with a stroke doctor there instead of bothering us?' and got even more upset when I said because I live here and not over on the other side of town. She seriously though that I, I don't know, was purposely malingering or something? When it got time to release me she purposely *ripped the IV out of my arm sideways so that a very long cut of needle and tubing pulled right out of my vein*. Blood went everywhere. Because it was -6000 degrees out being Canada, it also ruined a rather pricey faux fur coat I had worn there. I seriously think it was an intimidation thing, because she got even more mad that instead of being fearful I just said"oh look what you've done".

I did not stay for further treatment for the big gash in my arm, because this woman is unfit for nursing and I noticed I am in an isolated room away from being easily heard. There is a sadism problem with the bad ones, and also a lot of nurse serial killers. Did not want to stay and find out which one she was! I just fixed it up at home with gauze and duct tape and ate snacks for the wooziness. It's seriously a plague how bad healthcare can be if you're unlucky enough to get a prejudiced nurse with a chip on her shoulder, the nurse in the article ought to see legal action.
Reactions: Sean Gorham, Romana, Ryanna Enfield and 7 others
Show hidden low quality content
You must log in or register to reply here.
Share:
Facebook Twitter Reddit Pinterest Tumblr WhatsApp Email Link
Top Bottom