Sorry, but I have to disagree with the last part. Georgia flipped due to the growth of Atlanta, plus voter registration *despite* suppression, gerrymandering, etc. The state House is still 103 R to 77 D and the state Senate is 34 R to 21 D, despite a near tie in statewide races this year. You would expect a more even balance in the state legislature in a fair setup.

Now that the state flipped, the Secretary of State and Republican legislators suddenly want to make absentee balloting harder, by adding a photo ID requirement in addition to signature, and removing the "no excuse" method we have now. That makes it harder for people who can't take time from work to vote.
Reactions: Ryanna Enfield and Innula Zenovka

"Certain states" is key here, because not all Red states have the potential to turn Blue. You could automatically give every adult in West Virginia the right to vote, and drive each one to the polls, and the vast majority would vote Republican. Our "Democratic" senator Joe Manchin is just a right-of-center Republican who would get primaried if he ran against the right-wing-extremists who dominate the official Republican party. Even our "Democratic" governor was just a grifter who immediately changed his party affiliation after the election.

tl:dr - Our batshit-crazy politicians run as Republicans, and the conservative Republicans run as Democrats.
Reactions: Sid, Govi and Innula Zenovka

So, nationalize the utility companies.

Beebo Brink said:
Our "Democratic" senator Joe Manchin is just a right-of-center Republican who would get primaried if he ran against the right-wing-extremists who dominate the official Republican party.
Click to expand...

Which could be a problem since it only takes one person out of 50 to screw up the majority in the Senate.
Reactions: Beebo Brink

The GOP is caught in a downward spiral of stupidity, but the Arizona GOP appears to have gotten a head start. 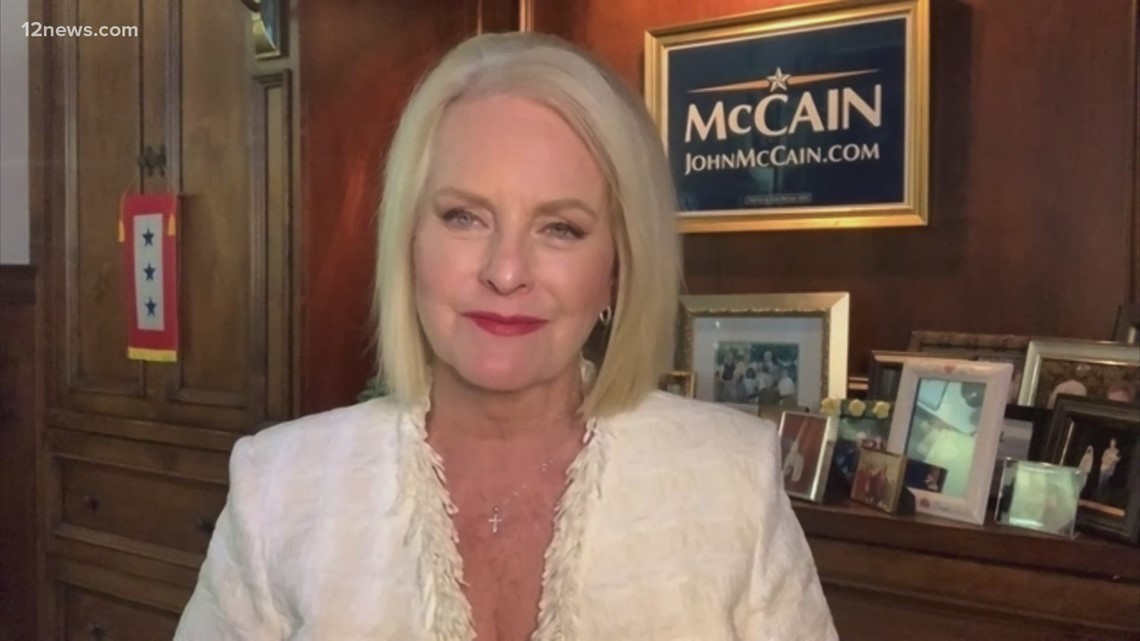 Meghan McCain's dismissive response: 'How will she ever survive?' State party will also vote on censure resolution in 2 weeks.

The Maricopa County Republican Party voted Saturday to censure Cindy McCain after she endorsed Democrat Joe Biden for president in the November election.

The resolution, greeted by cheers when it was debated, passed by a 4-1 margin among the roughly 1,400 party activists gathered for the meeting at Dream City Church in Glendale.
Click to expand...

LOL, "if you can't post on Twitter you don't really have freedom of speech"; great logic there Scott.

Here's some more about that Federal investigation and raid on the homes and offices of several Tennessee state GOP legislators. According the Nashville news media, the investigation appears to be related to some alleged campaign finance laundering:

Reactions: detrius, Lexxi, Isabeau and 4 others

Senator Lindsey Graham was mobbed by Trump supporters at Reagan Airport on Friday. The MAGA zealots vowed to make him miserable for the rest of his life, called him a “traitor” and a “piece of sh*t” as he was escorted away by airport security. Graham (R-SC), who has been one of Trump’s most...

Well, *FINALLY* something I can agree with Trump supporters about.
Click to expand...

Cumulus Media circulated a memo telling hosts to dial down allegations of election fraud, or else face termination.

A media company that employs right wing talk-radio hosts, including Mark Levin, Dan Bongino, and Ben Shapiro, circulated a memo after the pro-Trump riots on Capitol Hill telling hosts to dial down allegations of election fraud, or else face termination.

Cumulus Media sent the internal memo to employees on Wednesday, according to Inside Music Media. The Atlanta-based company owns 416 radio stations throughout the country, many using a talk-radio format with local and national right-wing personalities.

“We need to help induce national calm NOW,” Cumulus’s executive vice president of content Brian Philips wrote in the memo. The company “will not tolerate any suggestion that the election has not ended. The election has been resolved and there are no alternate acceptable ‘paths.’”
Click to expand...

Philips added, “If you transgress this policy, you can expect to separate from the company immediately.”
Click to expand... 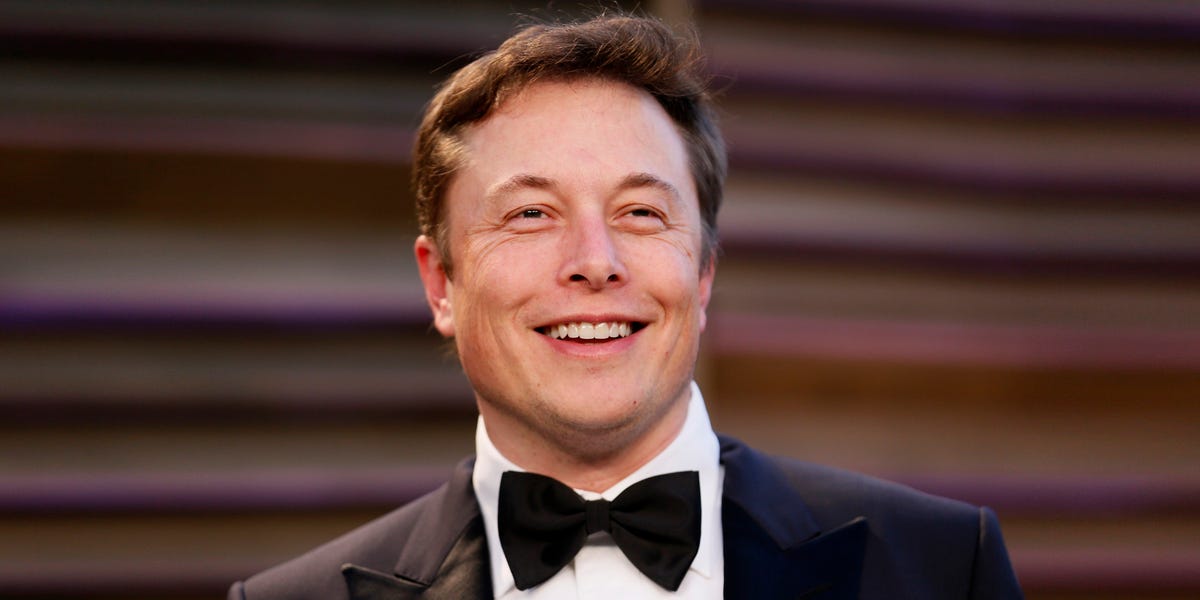 'We had so much money we couldn't even close our safe': Elon Musk's Dad tells BI about the family's insanely casual attitude to wealth

Errol Musk says teenage Elon Musk once casually walked around with emeralds in his pocket. 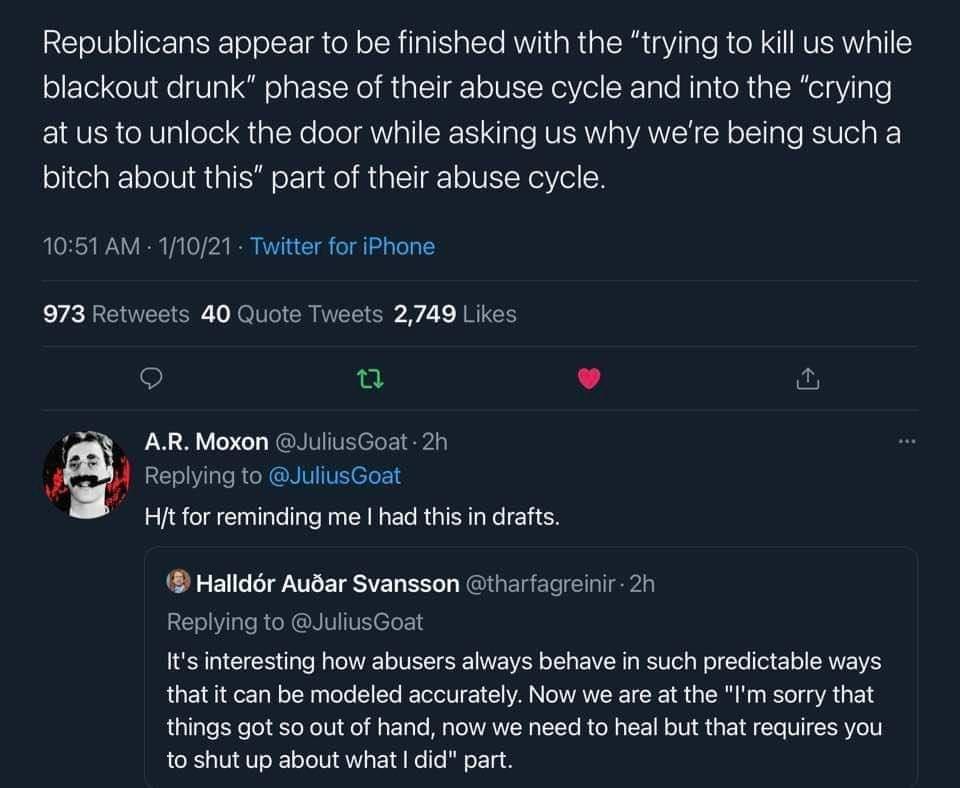 Cumulus Media circulated a memo telling hosts to dial down allegations of election fraud, or else face termination.

I'm guessing the company doesn't want any trouble with the new FCC chairman under the Biden administration. All those radio stations require licenses to use the public airwaves.
Reactions: Beebo Brink

The billionaire’s death was confirmed by his wife, Dr. Miriam Adelson, and his company, Las Vegas Sands, early on Tuesday morning.

The billionaire’s death was confirmed by his wife, Dr. Miriam Adelson, and his company, Las Vegas Sands, early on Tuesday morning.