I mean, what his his beef with fake internet cows, anyway?
Reactions: Rose Karuna, Free, Kamilah Hauptmann and 1 other person

The shit is hitting the fan, and I’m not gonna care if they’ve a lawyer or a ditch digger, a coal miner or an athlete, stand with me. Stand against the bad apples that infect the barrel, and stand against those in the barrel that claim “It‘s just a few bad apples.”
Reactions: Rose Karuna

And hopefully they won't beat the shit out of me because I'm Hispanic and queer.
Reactions: Katheryne Helendale, Rose Karuna, Govi and 7 others 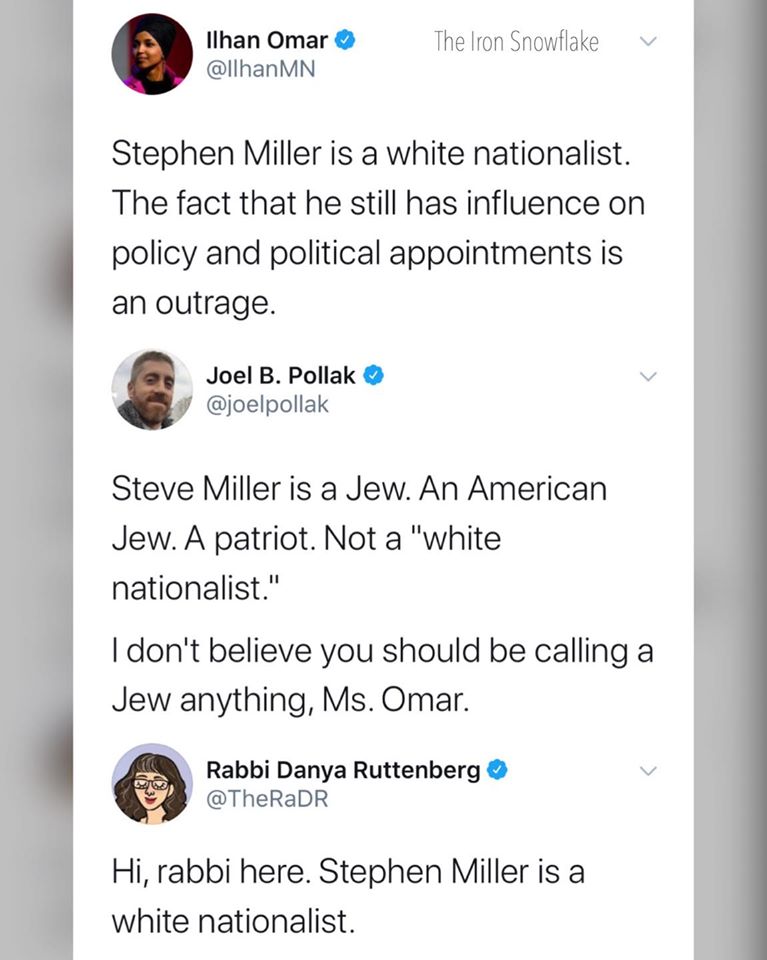 I didn't know about this project, which seems to have been running for several years.

My data can boost your data: Politwoops example

Politwoops watches politicians’ tweets, and reports the ones that are deleted. More often than not the deletion is because of a typo: you…

Oh, hey, I used to live there (Des Moines, WA). The picture in the ad is the pier at the boat dock, and the water is Puget Sound. The dock has a sign "Caution, Boats Overhead", which is funny but true. The shore line is too steep for a boat ramp, so a crane picks up boats from trailers and sets them down in the water, and the reverse.
Reactions: Govi and Dakota Tebaldi

Well you just need to remind hard core christians that Jesus was a jew - and many will go ballistic.

Someone might have told Devin he might have had a chance if they were human - not a cow. After all to err is human, to moo bovine.
Reactions: Rose Karuna

Is this a gender-less truism?

Trump administration has refused to respond after learning Russia offered bounties for killing US troops: report

President Donald Trump has refused to authorize any response after being briefed that Russia was offering bounties for the killing of U.S. troops, according to a bombshell new report in The New York Times. “American intelligence officials have concluded that a Russian military intelligence unit...

President Donald Trump has refused to authorize any response after being briefed that Russia was offering bounties for the killing of U.S. troops, according to a bombshell new report in The New York Times.

“American intelligence officials have concluded that a Russian military intelligence unit secretly offered bounties to Taliban-linked militants for killing coalition forces in Afghanistan — including targeting American troops — amid the peace talks to end the long-running war there,” the newspaper reported, citing “officials briefed on the matter.”

“The United States concluded months ago that the Russian unit, which has been linked to assassination attempts and other covert operations in Europe intended to destabilize the West or take revenge on turncoats, had covertly offered rewards for successful attacks last year,” The Times explained.
Click to expand...

Trump was offered options to respond, but has taken no action.
Click to expand...