From their first posts.
Reactions: Ashiri and Brenda Archer 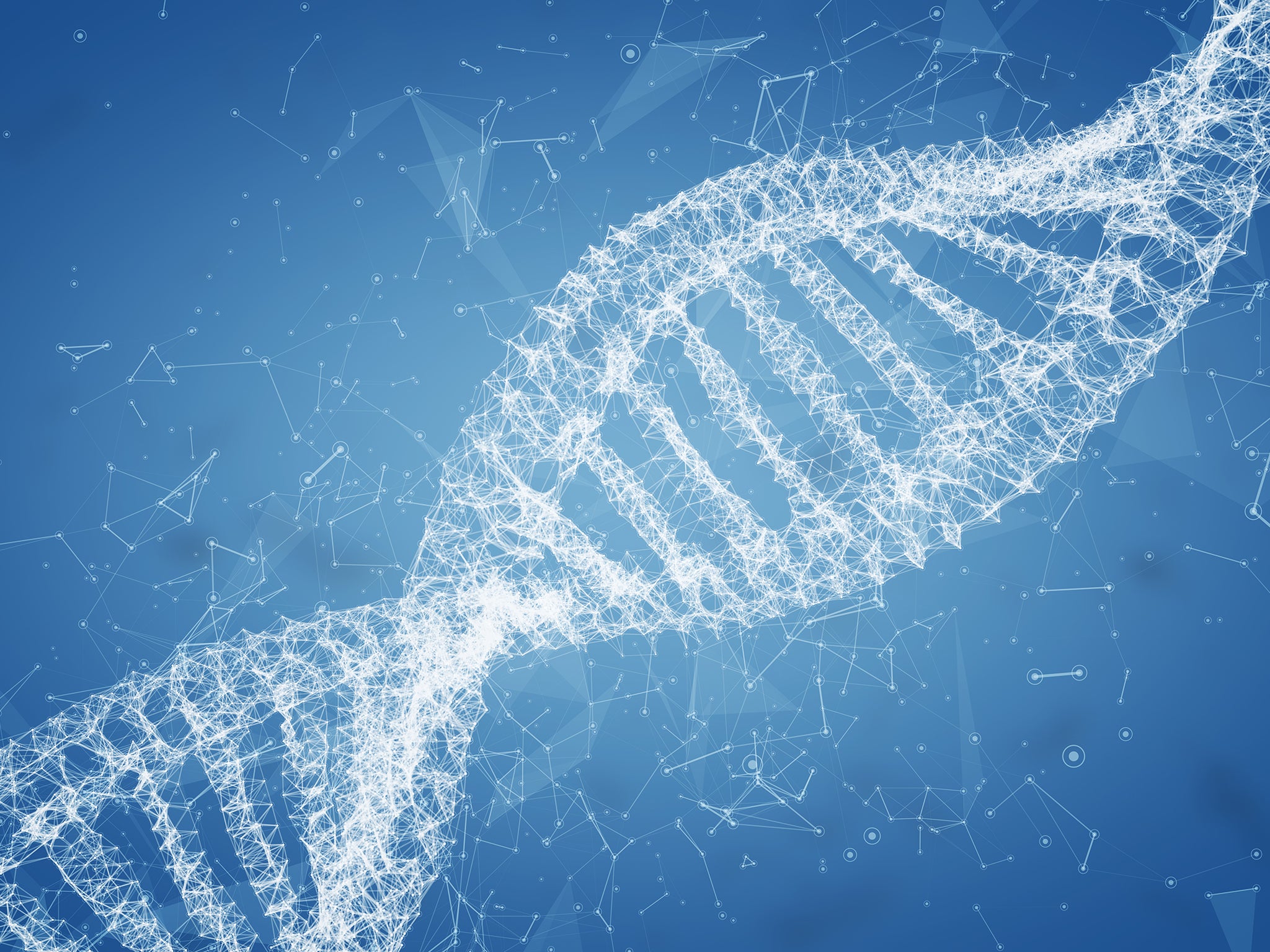 ‘Our estimate of the prevalence might be too low,’ lead researcher says after analysing DNA database

People still want to believe incest is extremely rare. Including our sociopathic Republicans. I hope this takes the scales off some eyes.

There are enough things to be angry about in regard to 9/11 that are based in fact that one doesn't need to go looking for conspiracies. The majority of the terrorists were Saudi and got their funding from Saudis yet we went to war with two different countries, of which we still have a presence. In addition, the Saudis had and have been exporting extremism across the world with their madrassas, yet, at present, we have people in power who wish to sell them nuclear weapons, ffs. We also did nothing when they committed a terrorist murder on a journalist. With allies like these, who needs enemies.

9/11 was used as a premise for the wars, but of course, modern wars are fertile breeding ground for extreme graft, to the tune of trillions of dollars, especially in the form of private military contractors (aka Blackwater and the like). The war in Afghanistan is old enough to vote. The war spending was a contributor, among other things, to our worst recession since the depression and vets are merely props for the corrupt.

9/11 was used to push through some truly draconian rules and agencies (Patriot Act, Homeland Security and ICE) and to quell dissent of one of the most corrupt regimes ever (yes, now it is even worse, but I've not forgotten just how corrupt the Bush administration truly was). I don't need to tell you the evils being done by Homeland Security and ICE today.

I find it rather interesting and amusing that someone who dismisses as a witch hunt the assorted truths that have been published over the last 2 years regarding Russian interference in our election(s), which is an ongoing concern, dallies about in 9/11 truth circles. Sure, some people will always look for conspiracies when something terrible happens, but if you have a look at most of their "facts" they are anything but. You could really get stuck down a rabbit hole of wild beliefs.
Last edited: Sep 5, 2019
Reactions: Essence Lumin, Katheryne Helendale, Myradyl Muse and 5 others

Another bit that is frequently overlooked is the series of tunnels and subways under the complex that were also burning.

Take the frequent "jet fuel burns at x degrees" claim. Then ask yourself how people made steel and porcelain with wood as fuel. Turns out fire is a rapid oxidation reaction. Adding more air to a fire increases the speed of the reaction, releasing more energy in the form of heat.

Blacksmiths use a bellows to get more heat from a fire. Steel furnaces and high temperature kilns use a long chimney to speed up the airflow. Towers that have just been hit by an airliner draw air from the burning tunnels that connect to the elevator shafts, stairwells, and utility shafts that run through the core of the structure.

Building 7 was drawing heated air up the inner structure, spreading fire and further weakening the supports by heating the metal and cracking concrete. A building already weakened by debris from two larger towers which collapsed like real structures interacting with collisions, uneven heating, winds, convection currents, and an overall messy set of real world factors instead of a simplified cartoon model collapse.

Real world physics and engineering account for the collapse without having to introduce planted explosives which somehow failed to detonate during the extended fire that was documented in the building and its surroundings. A precision demolition in the middle of the disaster would take superhuman skill to pull off, and is not necessarily to explain the observed collapse.
Reactions: Brenda Archer and Ashiri

Meanwhile, gender identity crisis Q getting feedback from Click and Clack, the Tappet Brothers of Car Talk fame is something I could never imagine happening.
Reactions: Katheryne Helendale

‘Our estimate of the prevalence might be too low,’ lead researcher says after analysing DNA database

Have you ever looked at a genealogical chart of European royalty? They've been inbreeding for a thousand years, because only another noble is "good enough" to wed. For example, Queen Elizabeth and her husband are both descended from Victoria. They're cousins.

Either bro dropped a slick pun, or lol, he bitter he's not in command of an lgbt org's priorities.
Reactions: Brenda Archer, Rose Karuna, Tirellia and 1 other person

Aeon Jiminy said:
In all fairness, you say that you have no visual evidence and we need to "imagine" the damage to building 7. The simulated video doesn't show damage that you say there is no proof of existing? How is this really an explanation to Essence Lumin's questioning of it's free fall collapse? There is video of building 7 that doesn't show damage, like in the picture you show, but we need to imagine what we don't see as an explanation for what we do see?
Click to expand...

Building 7 couldn't handle its own weight plus the suddenly-added weight of all the WTC1 and 2 debris that fell on it, and so suddenly collapsed. What's so hard to imagine about that?
Reactions: Brenda Archer

Kamilah Hauptmann said:
I had to check for satire.


But after Roger Stone did an autograph thing at a strip club. Heh.
Click to expand...

Robert Mugabe, the founding father of Zimbabwe who ruled the country with an iron fist for more than three decades, has died, according to President Emmerson Mnangagwa. He was 95.

Rumors had swirled around the health of the ex-president, who spent months in a hospital in Singapore earlier this year. Details of what ailed him were a closely guarded secret.

Mugabe was deposed in a coup in 2017, when members of his own party turned against him after he dismissed then vice-president Emmerson Mnangagwa to make way for his wife, Grace.

Mnangagwa would go on to become Zimbabwe's next president.

Once touted internationally as the hope of his nation, Mugabe left office with a grim legacy, after waging a campaign of oppression and violence to maintain power, and driving into poverty a country once known as the breadbasket of southern Africa.

He began his political career as a leader in the quest for the independence of Zimbabwe -- then known as Rhodesia -- and was regularly compared to South Africa's venerated freedom fighter Nelson Mandela.

As a revolutionary guerrilla leader, he fought white-minority rule and spent years in jail as a political prisoner.

After 10 years in prison, he earned university degrees in education, economics and law from the University of London. In the mid-70s, he assumed leadership of the political wing of the Zimbabwe African National Union (ZANU), a militant liberation movement based in Mozambique.

He became the first prime minister of the newly independent Zimbabwe after elections in February 1980.

Articulate and smartly dressed, Mugabe came to power commanding the respect of a nation. He had a strong head start, inheriting a country with a stable economy, solid infrastructure and vast natural resources.

But the descent into tyranny didn't take long.

"This is a man who had so much to offer to Zimbabweans, but he didn't, he focused on himself," said Trevor Ncube, one of the country's most powerful publishers.

By 1983, it became clear that Mugabe's administration would be merciless to any one opposing his rule. He presided over forces that carried out a string of massacres in opposition strongholds, and the country's Fifth Brigade is believed to have killed up to 20,000 people, mostly supporters of Mugabe's main political rival.
Click to expand...

Brenda Archer said:
People still want to believe incest is extremely rare. Including our sociopathic Republicans. I hope this takes the scales off some eyes.
Click to expand...

Terrorist, murderer and tyrant dies and eighty years too late. The man who turned Zimbabwe from Africa's bread basket into Africa's basket case. And still there are some people who will praise him.

There were surely a lot of people who wanted him dead but he managed to live this long. Good riddance to bad rubbish.

Pretty sure it's just water, to put out the burning grenade.

A 74-YEAR-OLD WOMAN gave birth to twin girls this week in the southern Indian state of Andhra Pradesh.

Mangayamma Yaramati gave birth to the children Thursday and is believed to be the oldest person ever to give birth.

Dr. Sanakayyala Umashankar, who delivered the children, told CNN that "the mother and the babies are all healthy with no complications." He told The Washington Post that each twin weighed 2.2 pounds.

CNN reported that Yaramati and her 82-year-old husband, Sitarama Rajarao, have been married for more than 57 years but were never able to conceive children naturally. The network reported that the couple first approached Umashankar about having children last year and that, after encouraging test results, the doctor agreed to perform one round of in vitro fertilization.
Click to expand...