I had a good laugh at this list of terrible ideas for an MMO
Reactions: Brenda Archer, Khamon and PandoraB

Ashiri said:
I had a good laugh at this list of terrible ideas for an MMO
Click to expand...

Ah...EA (or in this case developers of a game published by EA) strikes again. Overpriced micro-transactions in particular for an event and public backlash were what spawned the controversy.

The shit-talker is the Project Lead for the game.
Reactions: Experimental

Just fuck freemium games. I have tried a few, and noticed the pricing model is typically designed for large purchases. Nexon will happily take $90 for s bundle that cannot be won in game that offers a temporary advantage. Then they set up barriers in the game to frustrate players into paying up. A new release PC title with season pass is about the same price, and you get to own the game. But EA has been in the forefront of breaking that model, and Bethesda is on thin ice with Fallout and Elderscrolls with their paid mods.

“I’ve been in the industry long enough to remember when players weren’t complete ass-hats to developers and it was pretty neat.”
Click to expand...

You know - he's not wrong. And players being that way didn't start with microtransactions; that's just a more recent and convenient excuse for the behavior because it happens to be true that microtransactions are a pretty repugnant business model. But gamers are ass-hats to community-engaged developers even in games that don't have microtransactions. "Gamer culture" is pretty rotten in a lot of ways.
Reactions: Aribeth Zelin and Anya Ristow

Dakota Tebaldi said:
You know - he's not wrong. And players being that way didn't start with microtransactions; that's just a more recent and convenient excuse for the behavior because it happens to be true that microtransactions are a pretty repugnant business model. But gamers are ass-hats to community-engaged developers even in games that don't have microtransactions. "Gamer culture" is pretty rotten in a lot of ways.
Click to expand...

No argument there as gamergate alone testifies to some complete jerks who consider themselves gamers.

Yet, if some game developer wants to call ALL gamers dicks, ass-hats and freeloaders when they created a free game, I am not going to even be interested in their game. They have created this monster in terms of backlash against micro-transactions, which was the cause for the upset in the first place. They wanted $100 for one character from what I can gather. They didn't have to go the freemium route, now did they?

According to the article he only called one specific guy a dick; the article title is rather dishonest there.

It IS kind of ignorant to complain about the players of a "free-to-play" (mocking quotation marks) game being freeloaders; if you want all your players to pay you, make the game a paid game.
Reactions: Experimental and Beebo Brink 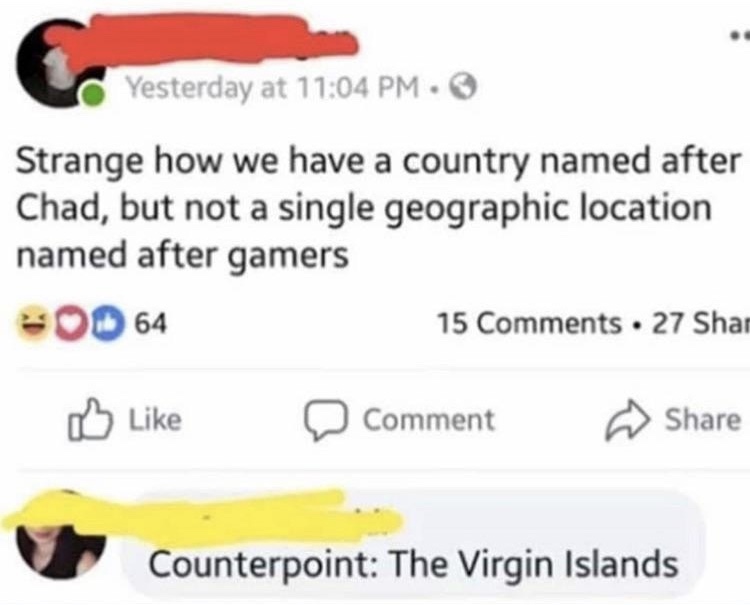 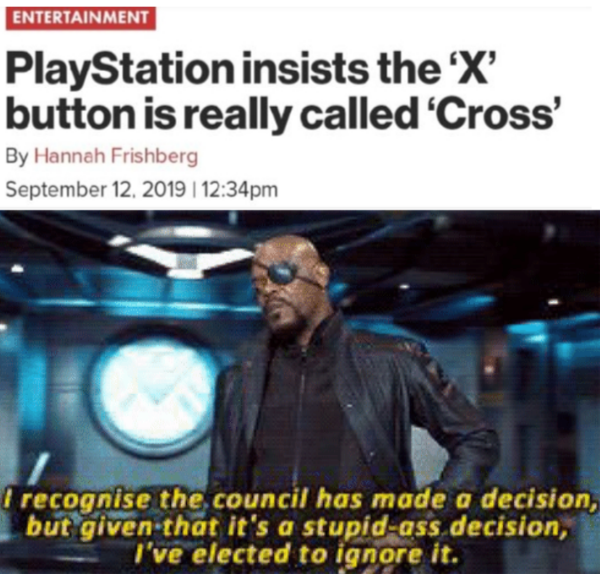 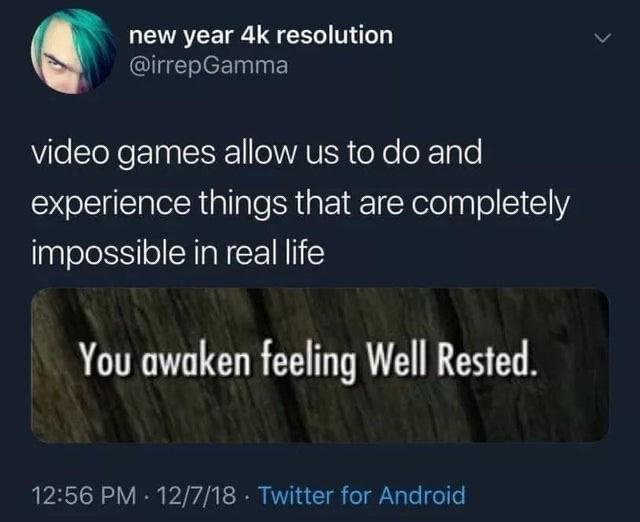 MY evening gaming group is kinda dead with half the players doing Wow on other discord servers.. so i picked up elite and dangerous again and went though the tutorial. after some major tweaking of the controls i finally figured the game out and it became manageable and fun. reminds me of X3 with optional online play... i spend most of the time doing trade missions and taking down pirates...found a nice group to help me out.. got involved in a space war... got a cut of the victory spoils and gained over 70million creds in two weeks of playing with 4 ships already under my belt..Thankfully docking computers exist cause having to match speeds and land on rotating space station without running into something is..painful... you get fined if you mess up or take too long.. and ship insurance isn't cheap if you die...this is no NomansSky... definitely for hardcore... but i love the pictures!

next on my list.. planetary landing! dropping off supplies to a space colony...Wish me luck 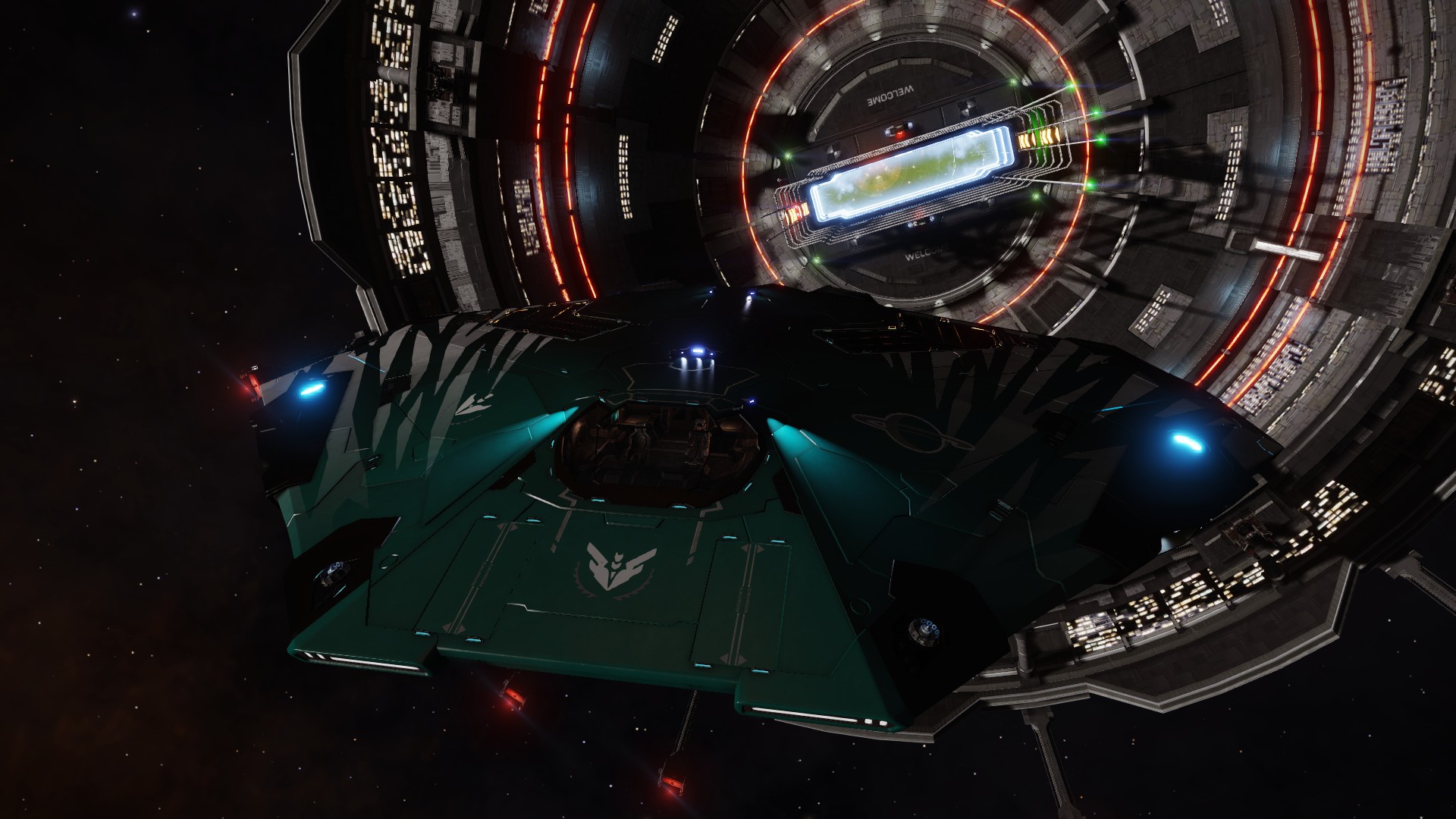 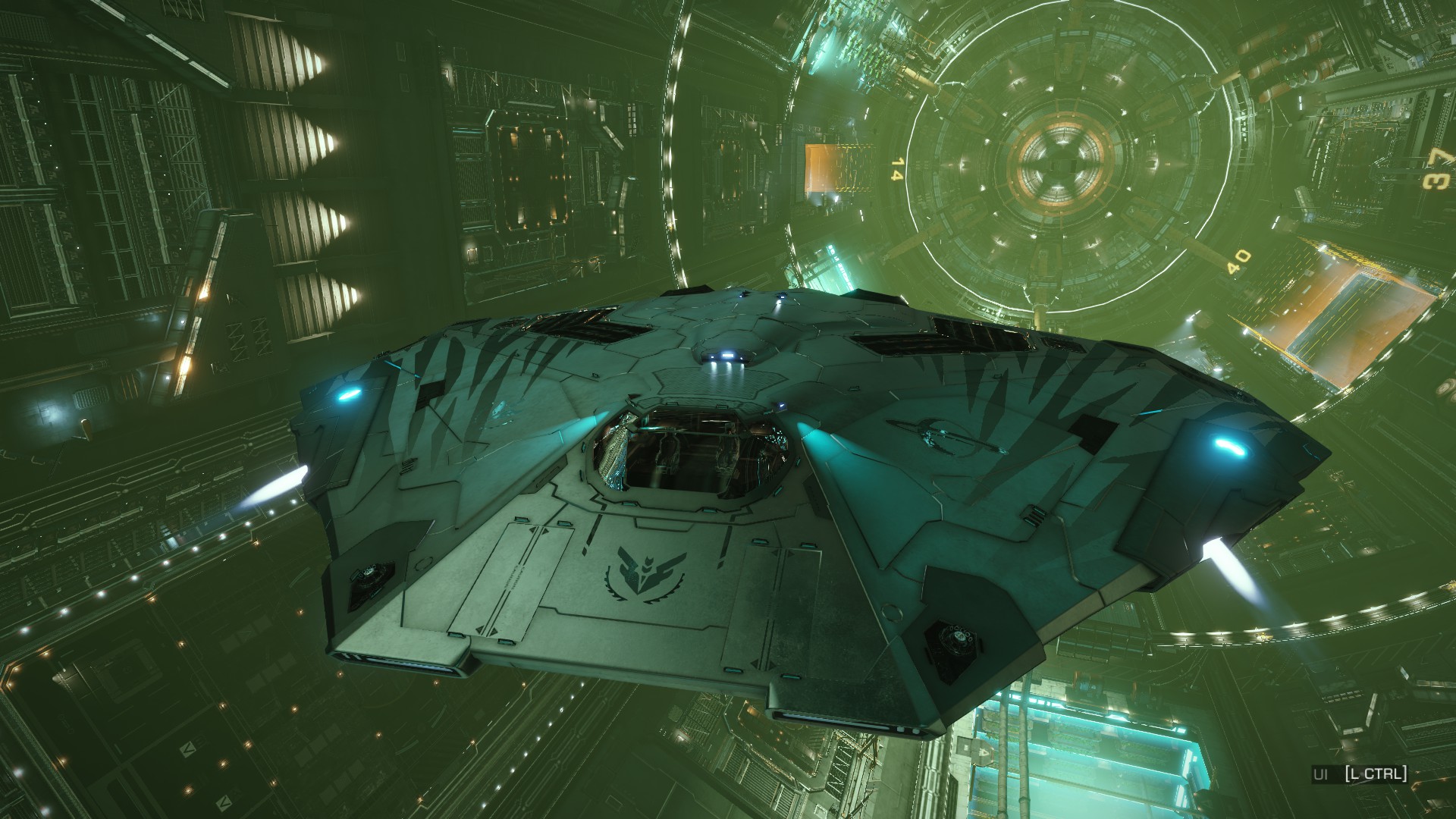 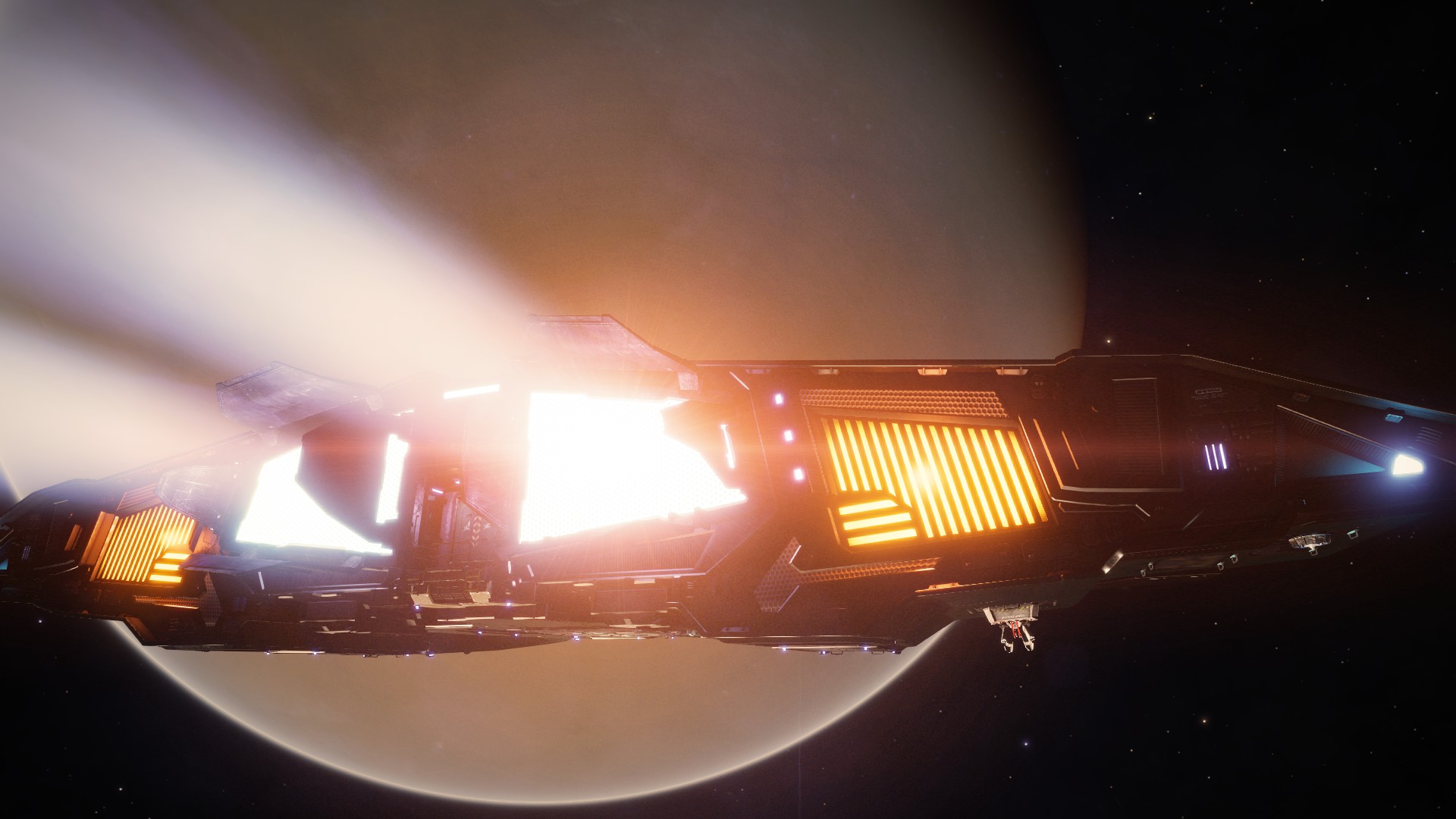 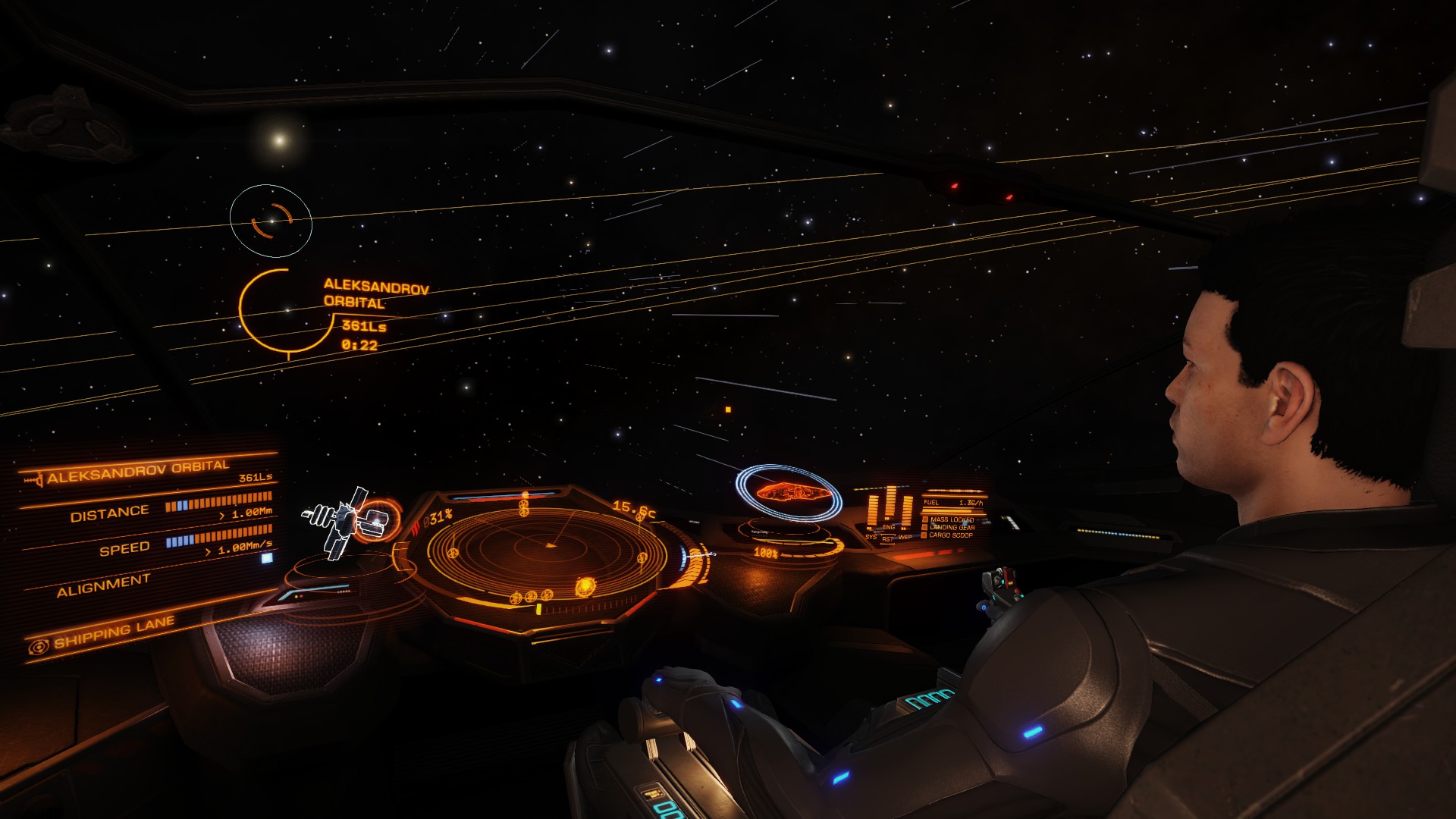 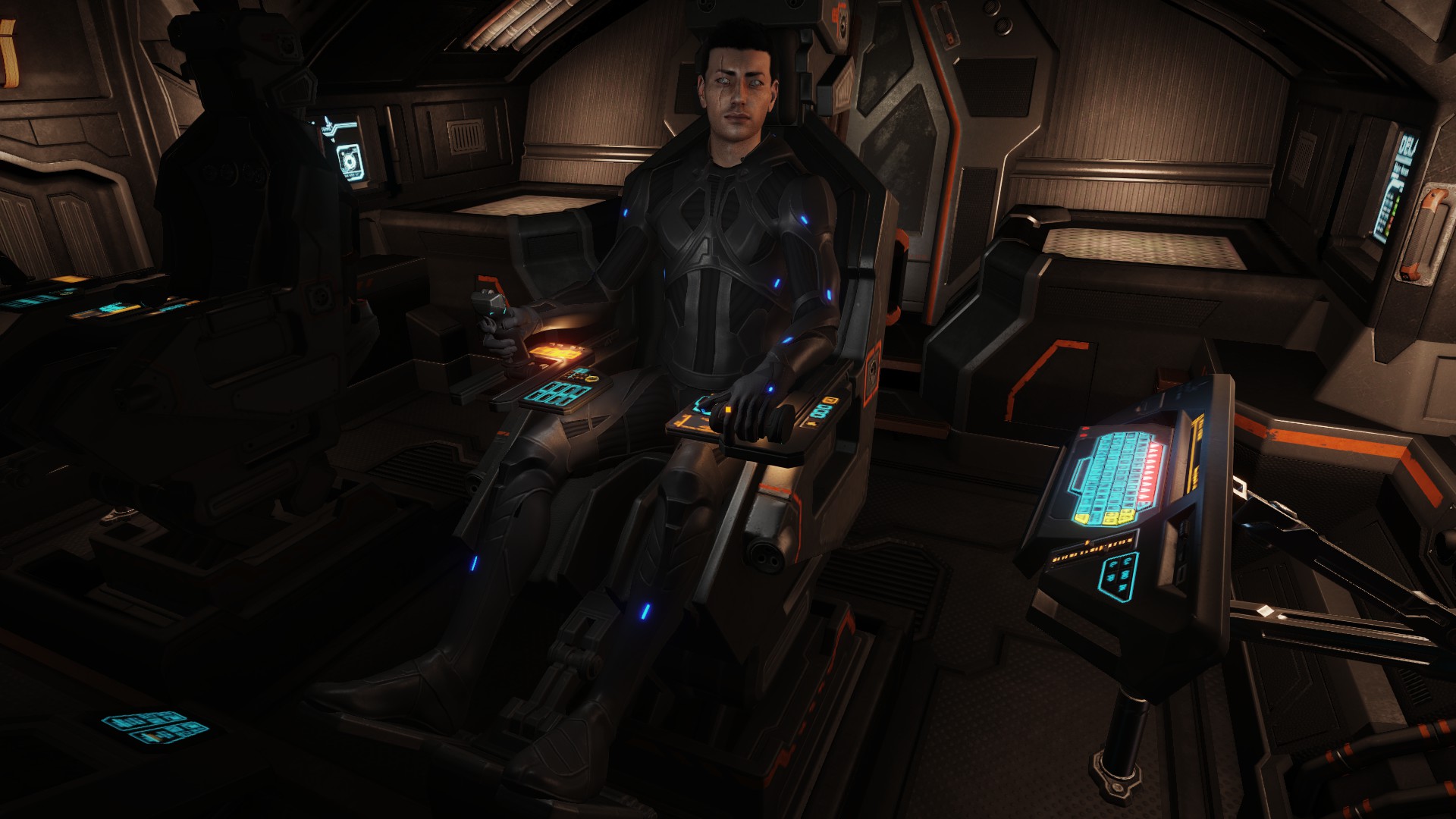 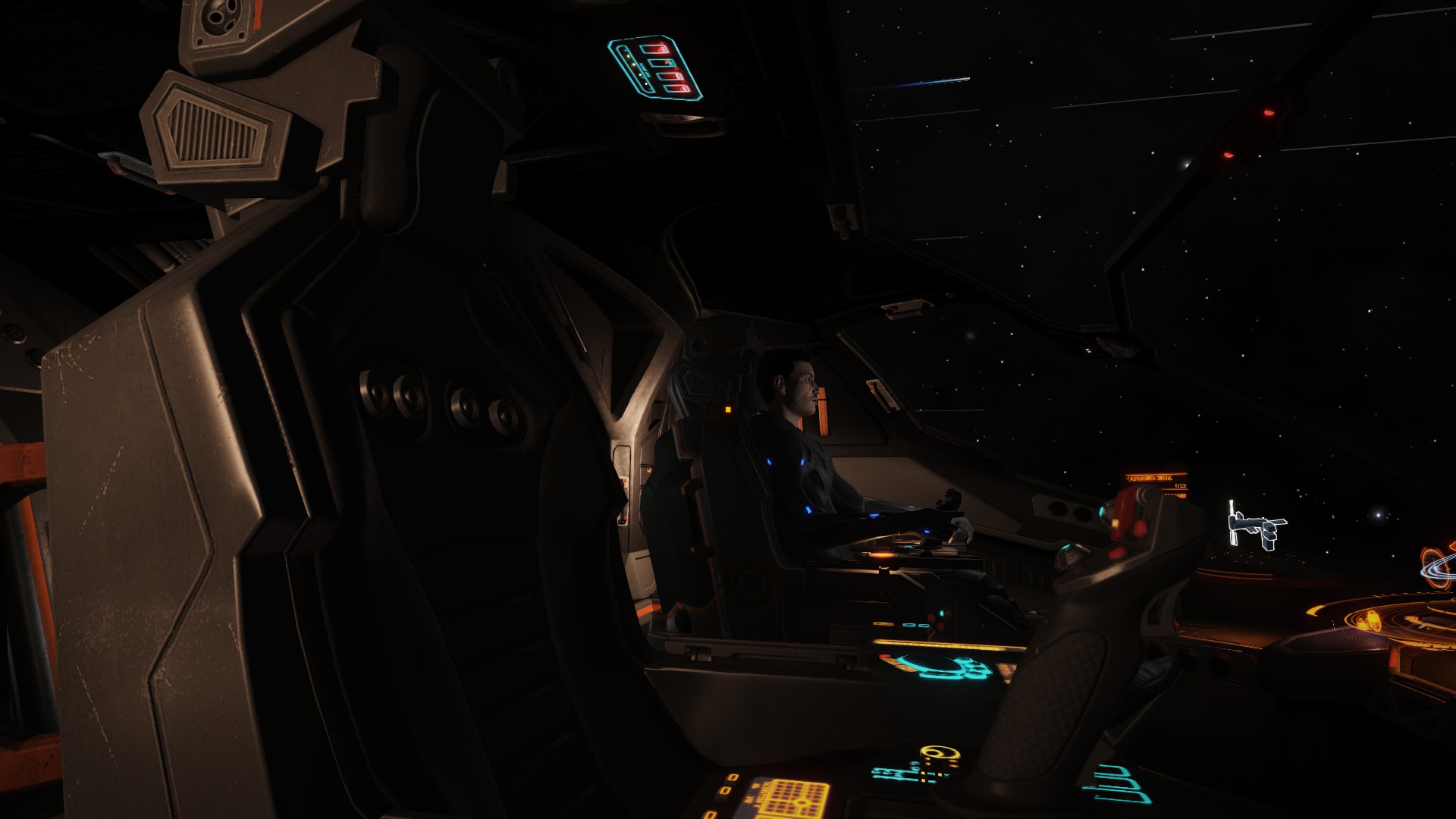 I played the hell out of Elite on my SX-64 as a kid. Loved it all but the docking which with "vector" graphics was harder to tell which side the bay was on until OMFG PULL UP SHITSHITSHITFUCKKKWHEEEww How much are those damn docking computers again? Yeah, only back then they sometimes lined up with the bay on the other side of the station and went in anyway...
Reactions: Kalel

Caete said:
I played the hell out of Elite on my SX-64 as a kid. Loved it all but the docking which with "vector" graphics was harder to tell which side the bay was on until OMFG PULL UP SHITSHITSHITFUCKKKWHEEEww How much are those damn docking computers again? Yeah, only back then they sometimes lined up with the bay on the other side of the station and went in anyway...
Click to expand...

standard docking computer(only docks) and Advanced Docking computer( dock and take off) they are equipped by default on newly purchased small ships(tutorial never mentioned this!!)... generally cost around 20k.... not every station has it available for sale.

Definitely not 100% error proof... you can accidentally collide with someone or the station and get fined. hopefully don't destroy another ship cause you can also get a bounty on your head.

When multiple are trying to take off or land you can be Queued up... one time i got fined for overstaying my time limit to leave the station even tho the auto pilot was still waiting.. i returned to manual and got out of there cause they warned i'd get shot for trespassing... paid the fines later to access the mission board again. but yes it's suggested the pilot remain seated during the procedure to avoid potential hazardous situations..

forgot to mention the weird part is whenever it is engaged it starts playing " The Blue Danube..." it's oddly satisfying.
Last edited: Sep 26, 2019

That's in the original version as well. Good times on the C64
Of course it is just a tribute to 2001!


A little longish, but worth a look; it's got some talk from a recent dev meeting and some more game footage.

The devs talk about the flight modeling, which sounds really complex and fascinating - basically, this new simulator breaks down each plane into a thousand or so tiny surfaces and calculates air interaction with each surface independently. This allows them to genuinely simulate things like aerodynamic forces affecting different areas of the plane differently at certain attitudes, making the handling extremely realistic. Contrast this with the flight modeling in Flight Simulator X, where each plane has one single model file - basically one "data point" - that the wind interacts with in a basic way, and the effects of differential aerodynamic forces in flight weren't actually simulated but rather were just programmed to happen under certain conditions.

They also talk a little bit about the world simulation, but not enough for me to really understand it what's going on with it. It sounds like it's not built out of individually-modeled assets, but procedurally-generated ones based on satellite and aerial photography data. I'm not sure of the specifics, but if the video clips are anything to go by, whatever the heck they're doing looks amazing. One of the things I always liked about the Flight Simulator titles is that you could fly over your home city, look down, and actually recognize the layout of the main streets and especially state and interstate highways. Only big cities got handcrafted landmarks of course, the rest usually being just procedural placement of some stock building models and texture tiles; but you could still orient yourself. If there was a river valley snaking through your town, that river valley was there and the course was generally accurate to within a certain scale. If there's a bridge crossing the river in RL, it would be replaced by a "stock" bridge asset (unless it was a famous bridge) but it would be there. By contrast the only moderately up-to-date commercial flight sim that's out there, X-Plane, uses a "plausible world" approach which will generate a "city" where a city ought to be in the real-world that certainly looks quite nice, but does not really visually match up in any way with what you'd actually see flying over that city for real unless, again, you go and download a handmade scenery file that the community has produced.

One thing I don't see enough evidence to judge yet, though, is whether the new MSFS will have contoured airports. In FSX, as in all previous MS titles, airports were highly accurate insofar as airport runway/taxiway layout, but they were all necessarily flat tiles - the entire airport was at the airport's official elevation as listed in the RL directory. In RL though, airports and runways aren't always 100% flat. This was something X-Plane beat FSX at....although on the other hand, X-Plane didn't have accurate airport layouts for any but a few major/"popular" airports; if you wanted to fly out of some little out-of-the-way airport that you happen to know, well there'd be a runway there but no taxiways or buildings.
Show hidden low quality content
You must log in or register to reply here.
Share:
Facebook Twitter Reddit Pinterest Tumblr WhatsApp Email Link
Top Bottom