When Raleigh removed a monument they found something. 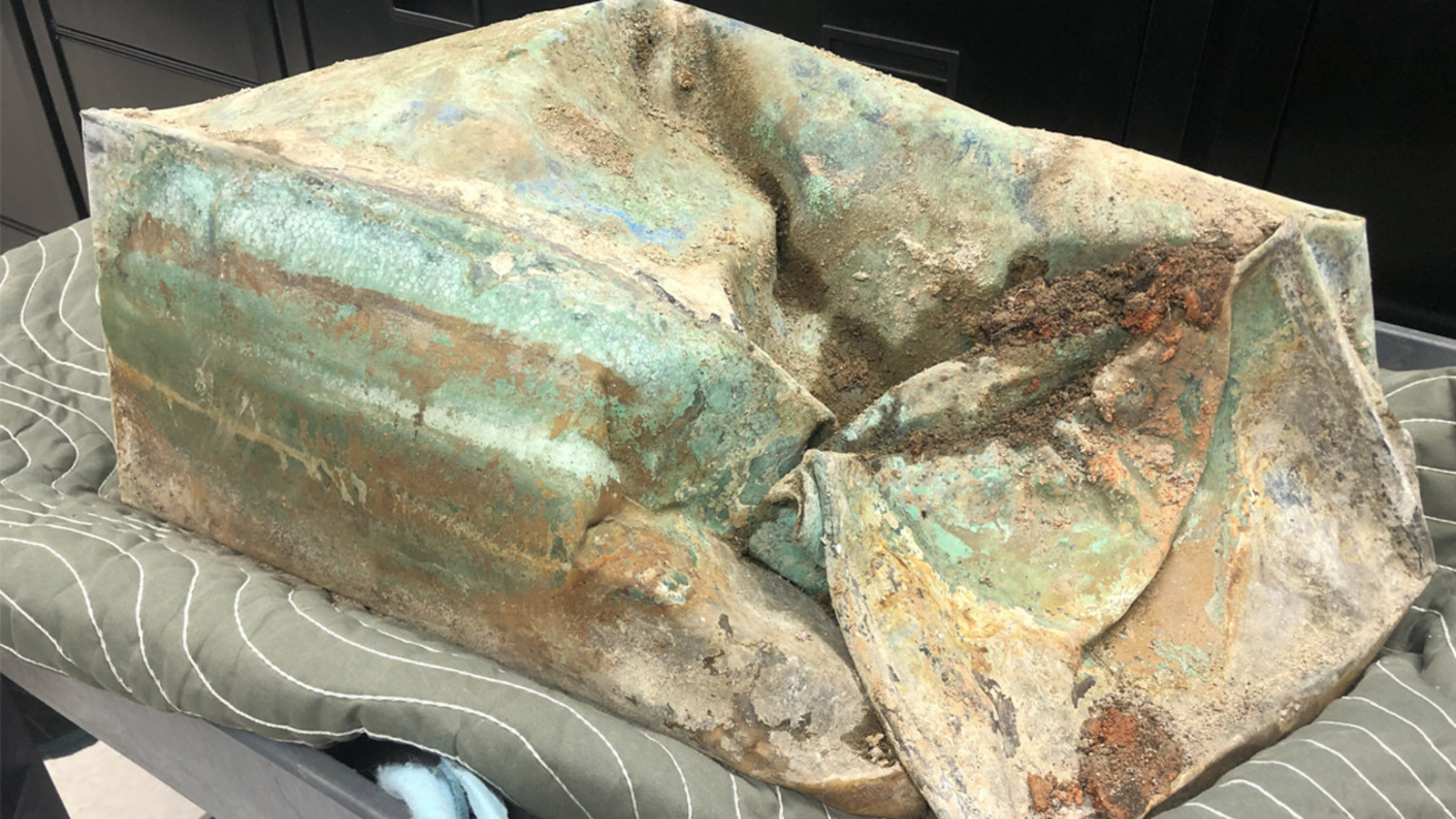 A time capsule from 1894 was found in the base of the NC Confederate Monument in Raleigh. 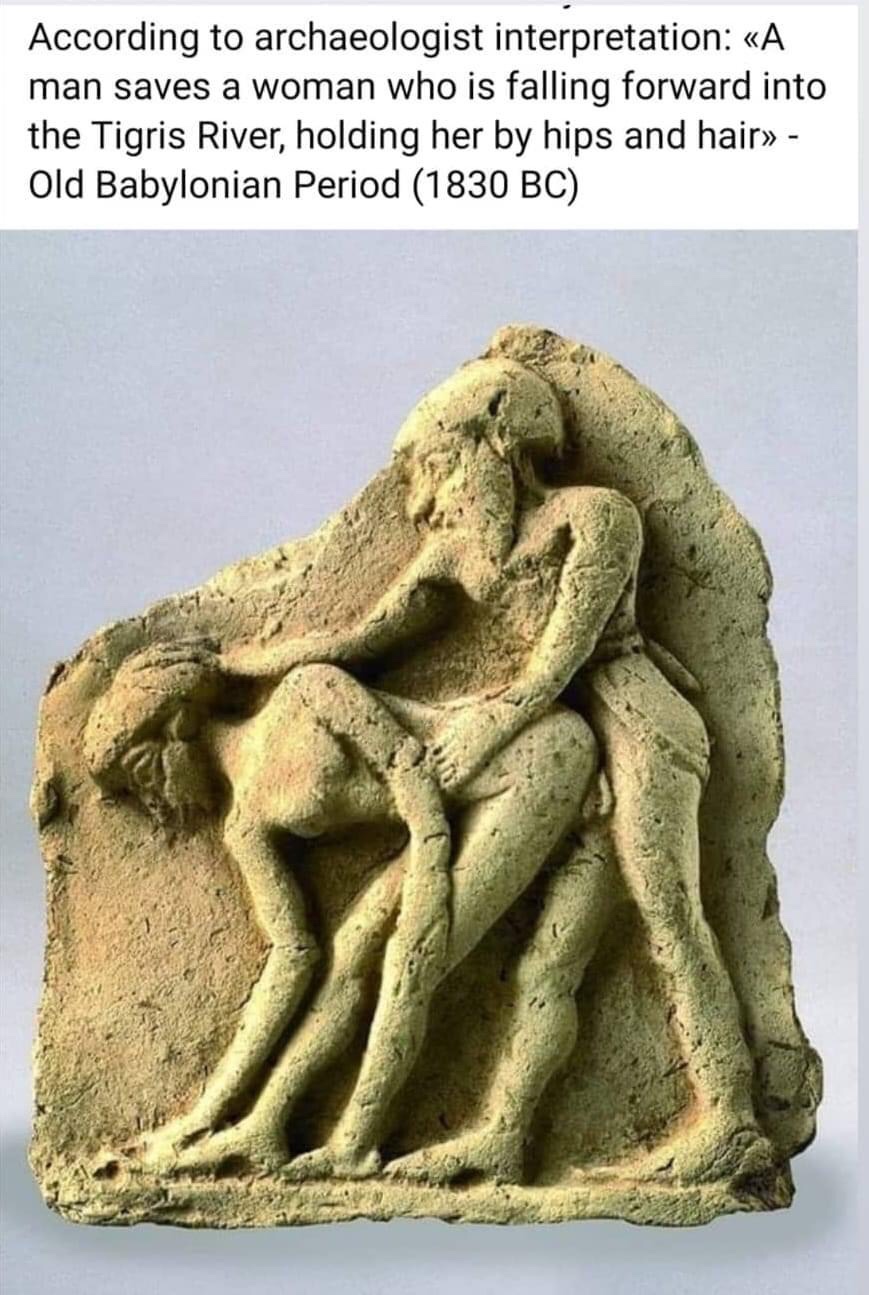 Reactions: Govi, Ashiri, Lexxi and 2 others 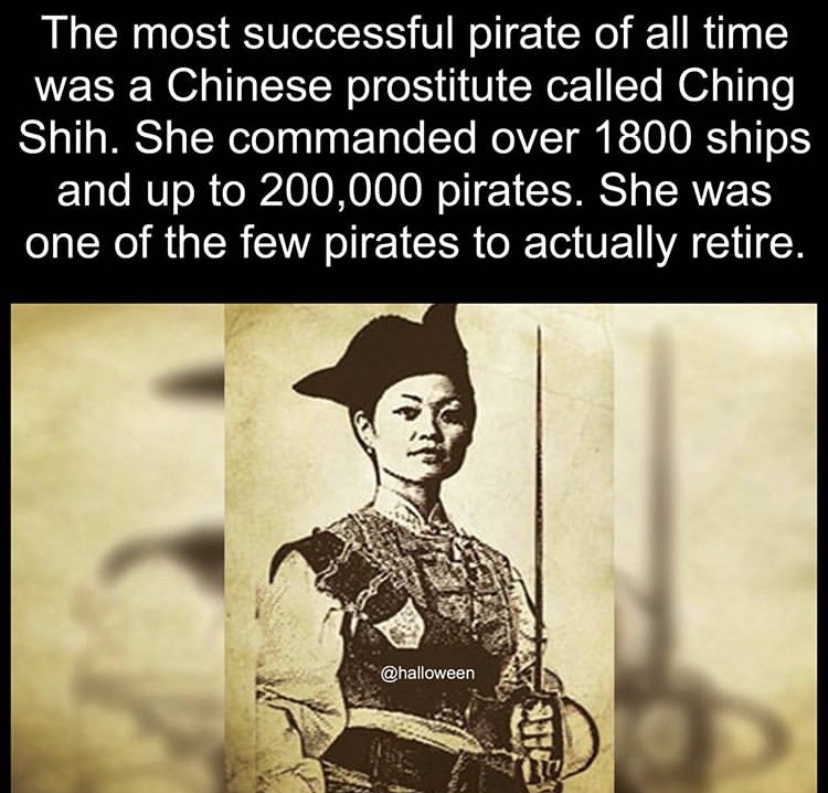 Buzz not only was an astronaut, but a fighter pilot and had a doctorate in Astronautics from MIT. He later did work on "cycling orbits", which go back and forth between planets using their gravity to change course. At work we affectionately called that the "Buzzmobile".
Reactions: Khamon, Isabeau, Aribeth Zelin and 2 others


This blog piece, linked to in the thread, is particularly worth reading

We have a lot of fun, don’t we, when we talk about how people argue that the medieval period was the Dark Ages based on the fact that the feel some type of way about it? Now, can I call people who …

Neat thread on the origines of some words... Jean Laffite was an elegant scoundrel who, with his band of pirates, plundered British, American and Spanish vessels in the early 1800s while operating out of his stronghold at Barataria Bay, south of New Orleans.

When Louisiana Gov. William C. C. Claiborne put a $500 reward on Laffite’s head, the flamboyant pirate responded by posting signed wanted posters offering $1,500 to anyone who delivered Claiborne to Baratria.
Click to expand...

So that's where JK Rowling got her ideas!
Reactions: Innula Zenovka 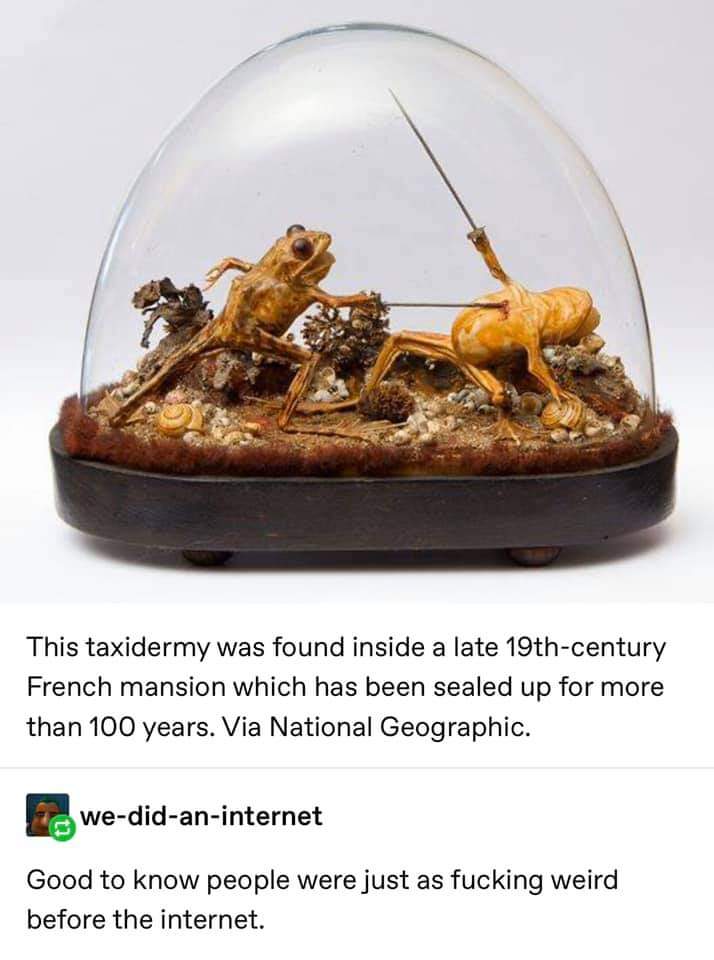 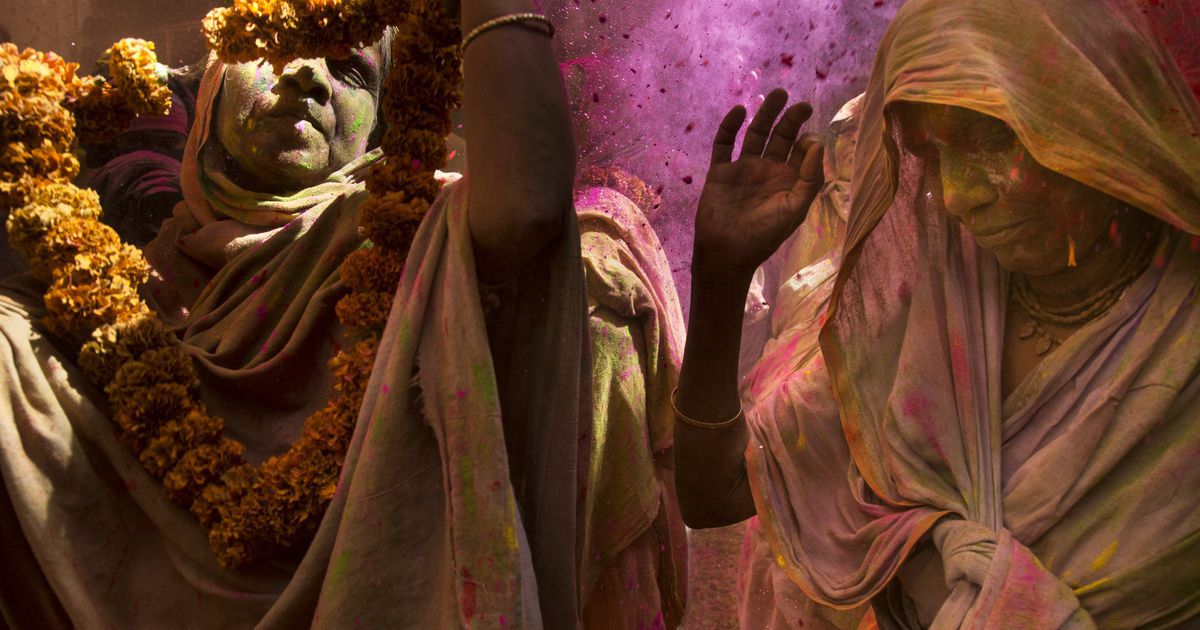 Celebrate the 100th anniversary of women's suffrage by exploring images from National Geographic's archives that depict women from around the world. 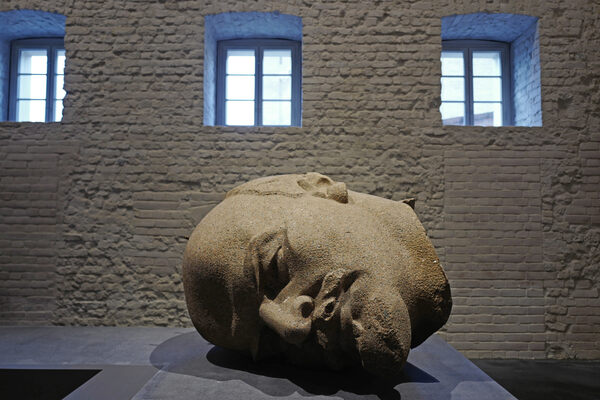 The Museum Where Racist and Oppressive Statues Go to Die

The Citadel Museum in Berlin turns problematic monuments on their head—sometimes literally.

Last year, Urte Evert received a 400-pound church bell imprinted with a small but unmistakable swastika, and she faced a conundrum. Evert is the director of the Citadel Museum in the Berlin suburb of Spandau, and the bronze bell—cast in 1934 for the ascendant Nazi regime—hung at the nearby Evangelical Church of Hakenfelde until the astonishingly recent date of 2017. Evert hoped to add the Nazi artifact to the museum’s permanent collection of toxic monuments: busts of militaristic Prussian rulers; statues of Aryan athletes and warriors; and an eight-ton granite head of Vladimir Lenin, which took two years of political and bureaucratic wrangling to dig out of the ground. But first, Evert had to weigh the risks of exhibiting a church bell installed during the Nazi period. What would the bell represent, and what could visitors learn from it? And could it become a kind of shrine for members of far-right or neo-Nazi groups?

Evert’s job at the Citadel Museum, which is housed in the former provisions depot of a Renaissance-era fortress, is to critically examine the culture of monuments. Rather than scrubbing the area of statues that symbolize racism, antisemitism, and other forms of violence and oppression, the museum aims to contextualize the past, putting uncomfortable realities on display in productive, educational, and sometimes challenging ways.
Click to expand... 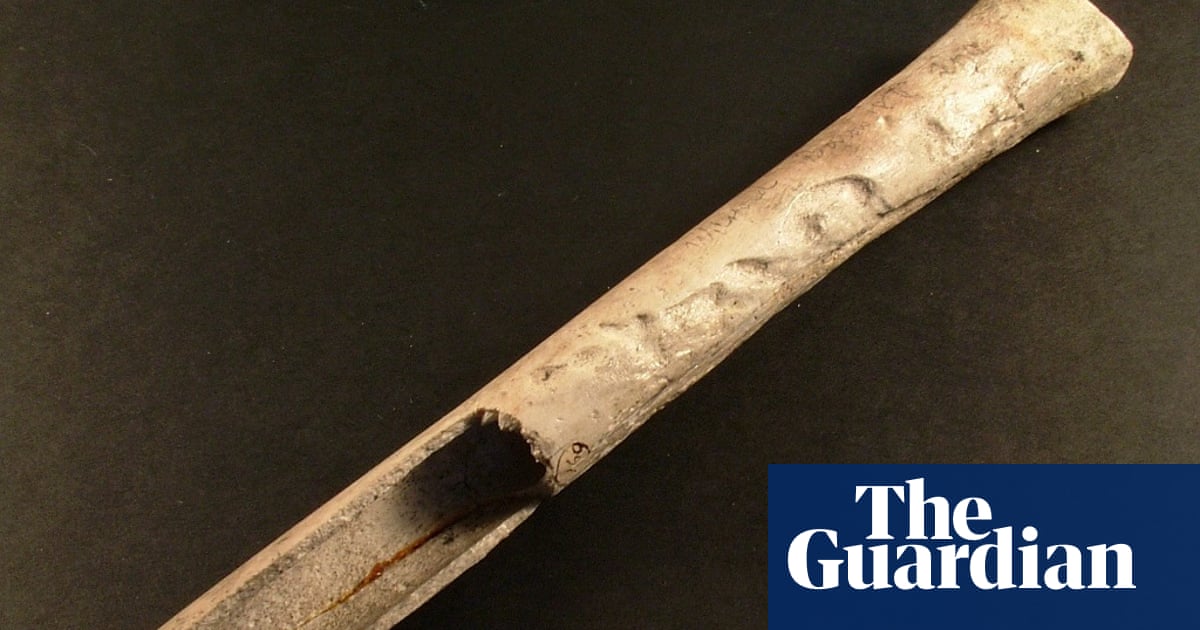 Pieces of bone were turned into ornaments, and may have been placed on display

Fascinating piece of historical detective work, and there are lots more interesting archeological stories on the site, too