How do you know they're bots, and not just new accounts?

There are legitimate uses for bots. For me, one is a greeter to anyone who lands on my estate, and I have a few others that run as NPCs. They all do their best to stay on my estate, but sometimes get lost during a rolling restart.

You could put the kabosh on bots by only letting accounts with Payment Info On File on your estate (an option). If that doesn't work...

In order to play the free games I host, I have a hard limit of being at least one year old OR having payment info on file. It's not to stop bots from playing, but shitty people. I could easily make it into a scripted system for sale. It even lets people know how to add PIOF. But there's a dumb bug with SL so they would need to purchase some Lindens as well to get PIOF to show up on their account.

p.s. This thread should probably be merged with the other thread.
Reactions: Zaida Gearbox 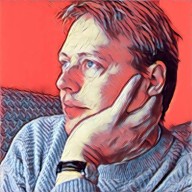 May I ask, where are you banning bots from? A club? A store?

A couple of my mainland parcels gets them too, one of them gets virtually zero traffic passing through other than them tp'ing in so it stands out more. They aren't bothersome and simply tp'ing around the grid for data collection purposes isn't against the ToS, which I figure is likely what they're doing. Though expecting LL to do anything about them even if they were actually causing problems or violating the tos somehow seems pretty laughable these days, in any case. With so much of the really obvious blatant stuff that goes unenforced, that ship sailed quite a long time ago.


NeoBokrug Elytis said:
But there's a dumb bug with SL so they would need to purchase some Lindens as well to get PIOF to show up on their account.
Click to expand...

I always presumed this was more of an extra layer of verification to better ensure the payment info submitted was legit, or ensuring it shows up on the owner's payment statement.

NeoBokrug Elytis said:
How do you know they're bots, and not just new accounts?

If they TP on my land, make a 360-turn and TP away, i find it rather hard to believe these are "normal" SL Residents.
Especially if this happens with quite a lot of accounts all created on the same day. This behaviour is consitent and that makes these accounts bots for me.

While there are a lot of reasons for the legitimate use of bots (you mentioned a few of them), i find this particular use rather strange.
If this were for simple data gathering, like Tyche does for example, wouldn't it be enough to have one or two bots? To use an army of accounts who all do the same thing, sounds fishy to me.
Therefore, they land, i ban.

Joined SLU
Not sure of date/postcount

Evola said:
I always presumed this was more of an extra layer of verification to better ensure the payment info submitted was legit, or ensuring it shows up on the owner's payment statement.
Click to expand...