Beebo Brink said:
Depends on who the bosses might be. There are some people you don't cross if you value your life.
Click to expand...

Certainly if I were one of the guards and I'd taken money from the sort of people who were likely offering it to look the other way (and to fail to notice the CCTV recording was on the blink), then I think I'd certainly rather take my chances in court -- even if it meant a conviction and sentence -- than take my chances by turning state's evidence (or whatever the US term is).
Reactions: Beebo Brink and Brenda Archer 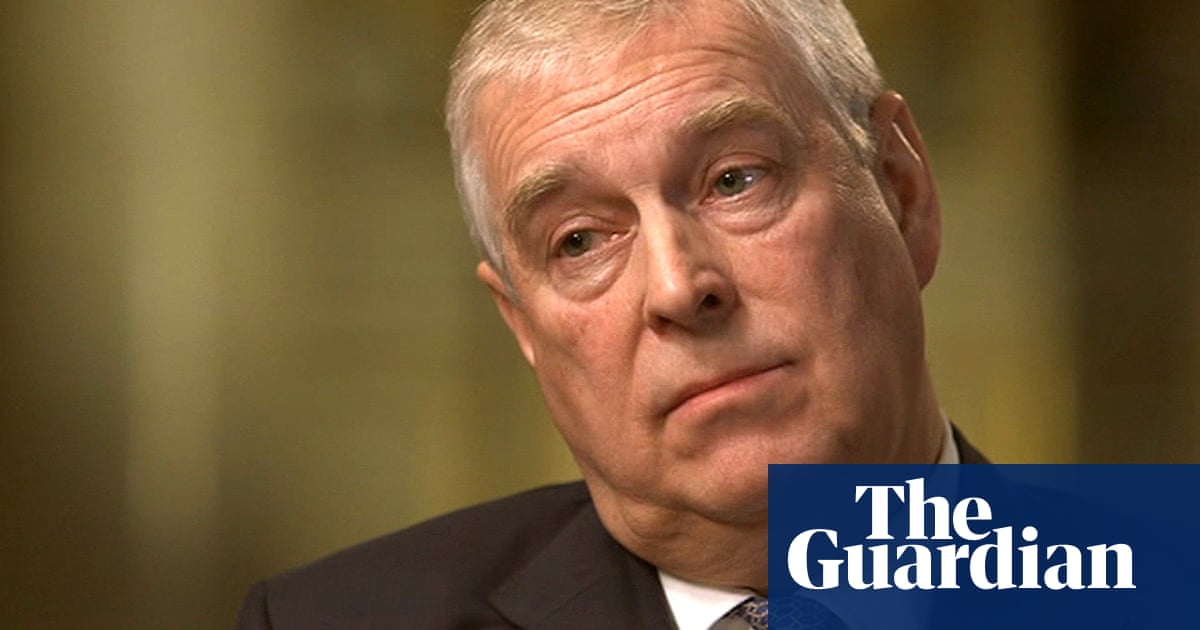 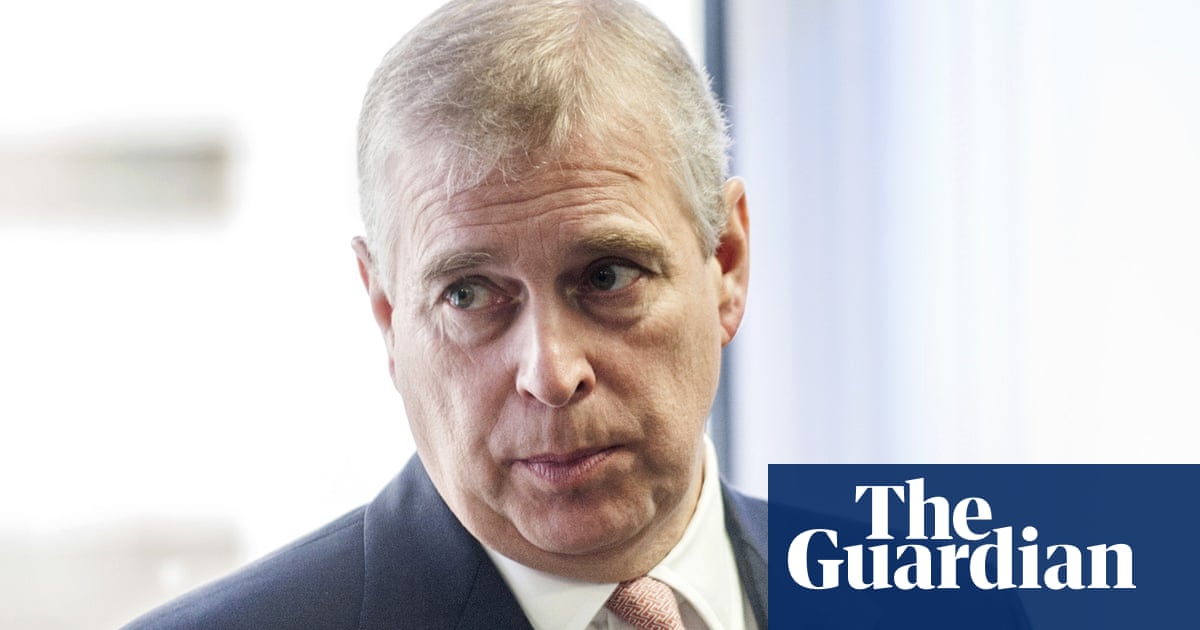 Prince Andrew to step back from public duties 'for foreseeable future'

The Queen has given permission for Prince Andrew to “step back from public duties for the foreseeable future” after days of mounting pressure following his unrepentant interview with the BBC about his friendship with the convicted child sex offender Jeffrey Epstein.

The Duke of York also said he was “willing to help any appropriate law enforcement agency with their investigations, if required” over the US probe into Epstein.
Click to expand...

The Duke of York's first effort did not go as planned.

Question -- part of Prince Andrew's explanation of why he couldn't have bought drinks for Ms Giuffre at the Tramp nightclub in Jermyn Street back in 2001 is that he has no idea where the bar is.

I've been to Tramp only once, when I was invited to a party there in the late 1990s, and as far as I remember it was impossible to miss the bars in any part of the club.

Can anyone else who is at all familiar with the club confirm my impression?

This stands to me, just because the British consult-general rather obviously didn't even try to protect the duke. Which speaks volumes about how often and how much Prince Andrew alienates people around him.

The Duke of York’s alibi for an alleged sexual encounter with a teenager has been questioned by the British consul-general with whom he said that he was staying.
Click to expand...

And this shoe finally dropped.

Given how many charities are distancing themselves from Andrew's "business mentoring initiatives", it sounds like Amanda Thirsk has been effectively retired, or at least moved far enough away from any meaningful activity that she can't wreak havoc anymore. That she fought so hard for the interview -- which was guaranteed to be a train wreck -- shows just how deep in the royal bubble she was living. If she'd had any realistic awareness of how thick, arrogant and self-centered Andrew is, she could have predicted this outcome too. But apparently she was oblivious to his short-comings, and that starry-eyed worship didn't do him any favors. 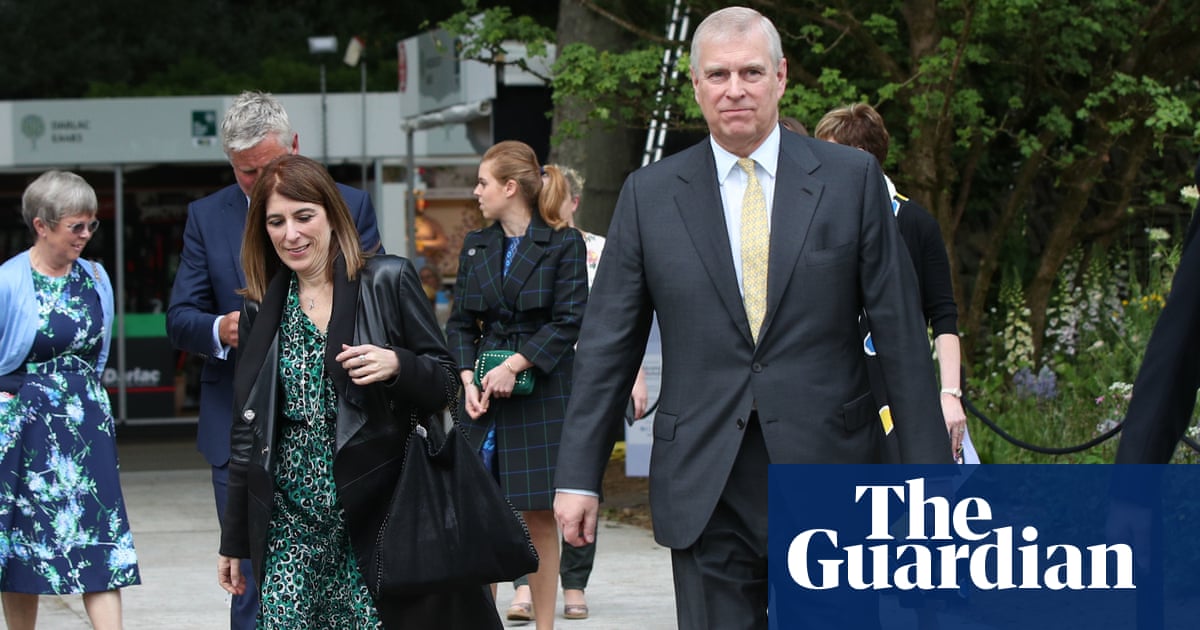 Prince Andrew's private office to be moved out of Buckingham Palace 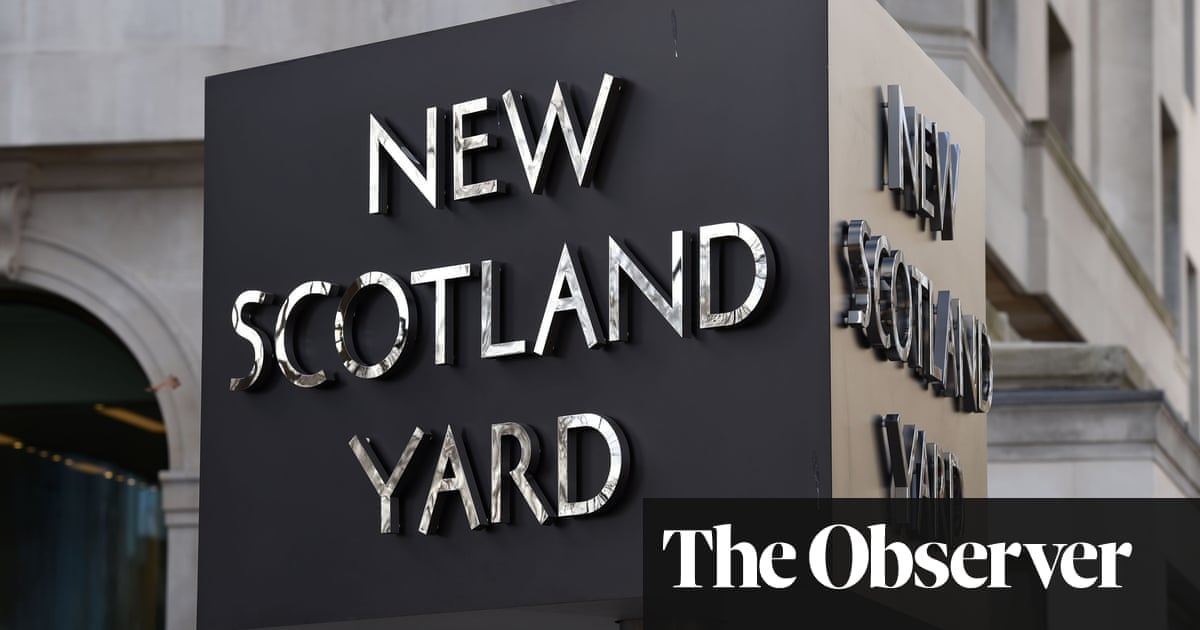 The Victims’ Commissioner is demanding that the Metropolitan Police explain its decision not to pursue a full investigation into claims a teenager was trafficked to the UK to have sex with Prince Andrew.

The Observer understands that Dame Vera Baird QC, a former solicitor general and chair of the Board of the Association of Police and Crime Commissioners, has taken a close interest in the allegations, first examined by Scotland Yard in 2015.

Baird, who has focused on protecting victims of sexual and domestic abuse throughout her career, is currently observing election purdah and cannot speak to the media.

However, prior to the election she made her views known to a victims’ rights campaigner, telling him that she would be requesting a meeting with the Met once purdah was over.

“Before the election was called I spoke at length with the Victims’ Commissioner and we both find it extraordinary that this matter was not proceeded with,” Harry Fletcher said.
Click to expand...

More on HRH: The dangerous liaisons of Prince Andrew post-divorce | News | The Times

And here's his special guest appearance in Hellblazer 54 (June 1992): 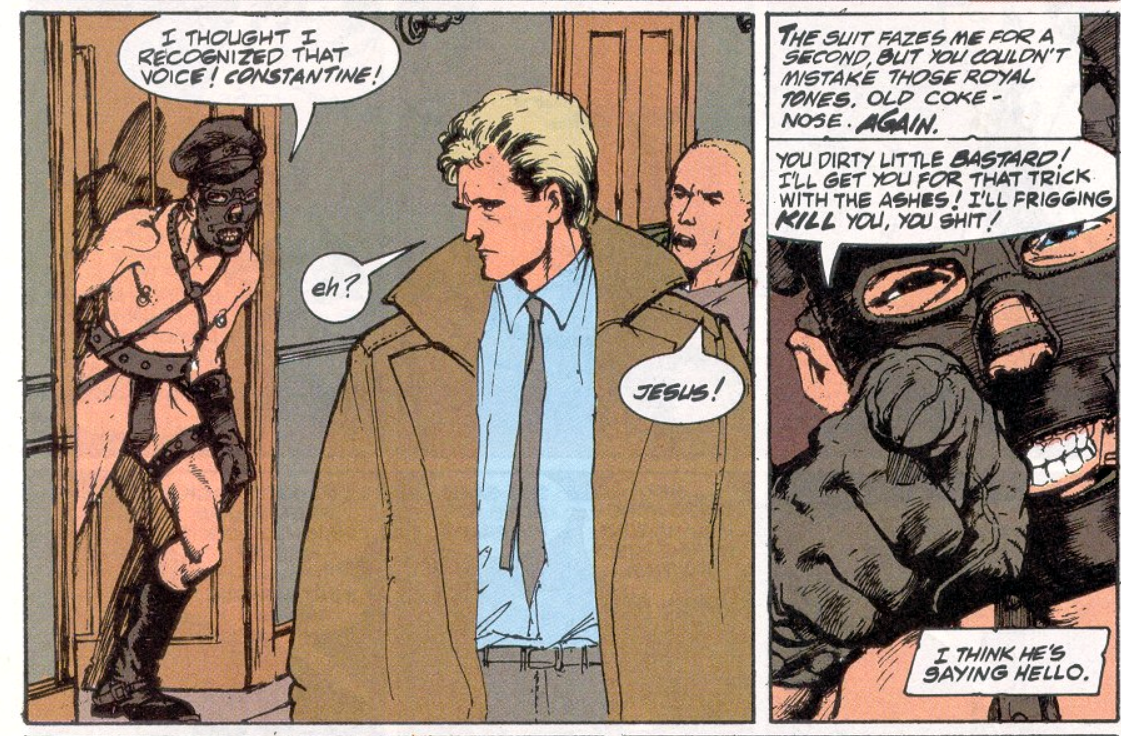 So Andrews has been a rolling train wreck for most of his life. To keep hearing that he's Elizabeth's favorite son makes me wonder what kind of psychological mess she is, beneath the royal veneer.
Reactions: Ashiri, Brenda Archer, Isabeau and 2 others

I was reading this Vanity Fair article about Ghislaine Maxwell, Epstein's partner (I refuse to use "girlfriend" to describe a woman of her age), Prince Andrew's old university friend and alleged procuress: The Hunt for Jeffrey Epstein’s Alleged Enabler Ghislaine Maxwell

Two things occur to me -- the first is that, although Ms Maxwell and HRH are often described as "university friends," that can't be right because, while they could both have met at university, she took her undergraduate degree at Oxford, while Prince Andrew didn't attend university at all, going straight from school to train at Britannia Royal Naval College before embarking on a career as a helicopter pilot in the Royal Navy.

The only way to make sense of the description is to assume it means they happened to met when she was a student at Oxford and he was an officer cadet, but I personally wouldn't describe that as "university friends."

The other point was that, while Vanity Fair and all the other media outlets that have been trying to locate Ms Maxwell in places all over both the Americas and Europe, I'm a bit surprised no one has mentioned Israel as a possibility.

While her mother was a French Huguenot who had her brought up as an Anglican, her father, Robert Maxwell, was himself Jewish and, more significantly, clearly very well-regarded by most sides of political opinion in Israel (he'd certainly helped them gain military aid from Czechoslovakia immediately after WW2, and he seems to have been on very good terms with Israeli intelligence throughout his career).

Robert Maxwell was accorded almost a state funeral in Israel, attended by the prime minister, Yitzhak Shamir, the president, Chaim Herzog, ″no less than six serving and former heads of Israeli intelligence" and a galaxy of dignitaries and politicians, both government and opposition, and was buried on the Mount of Olives in Jerusalem. Herzog delivered the eulogy, the Kaddish was recited by his fellow Holocaust survivor, friend and longtime attorney Samuel Pisar.
Click to expand...

I'm sure there would still be sufficient goodwill there towards her family to allow her to remain quietly extradition-proof there, in one of the more upmarket parts of Tel Aviv, as did Shirley Porter during her difficulties with the British courts.

It just seemed to me odd that, at least apparently, no one is looking for her somewhere she has such a strong family connection.
Last edited: Nov 28, 2019
Reactions: Cristalle, Brenda Archer, Ashiri and 3 others 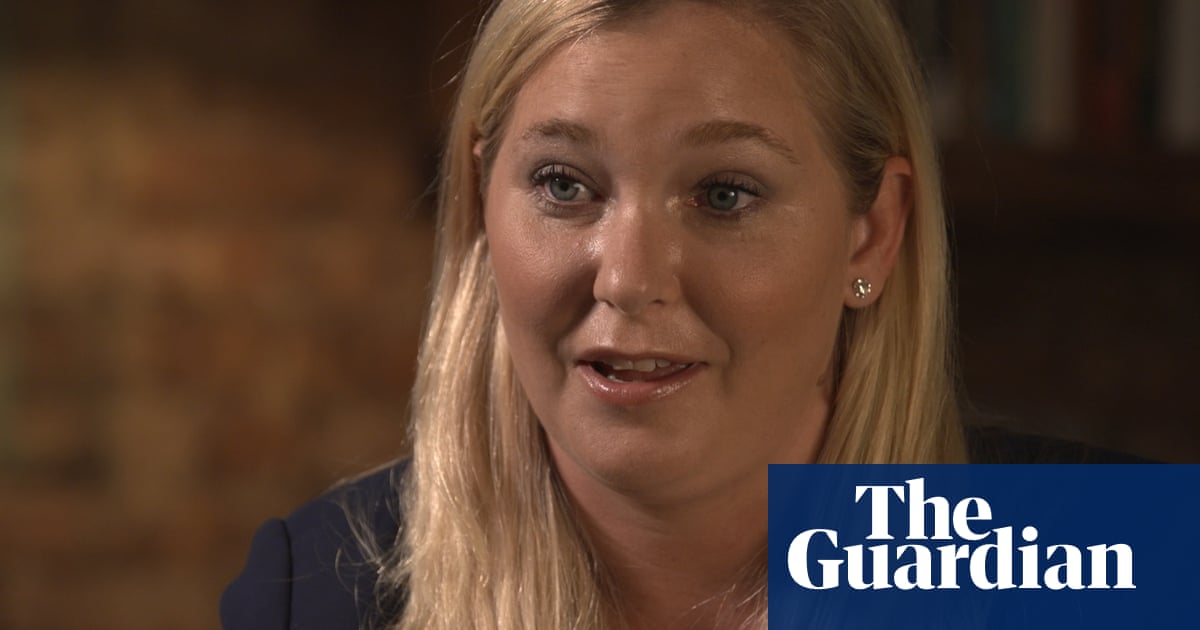 Giuffre comes across as much more earnest and believable than Andrew. His interview was such a bad move, because it stripped away enough of that royal mystique to show a self-absorbed asshole trying to pass off nonsense. I thought he was guilty before this, so I'm probably not an unbiased observer, but it's difficult to see how anyone could take him at his word after that performance for BBC.

Now BP is caught in a very difficult position. They obviously feel obliged to defend Andrew as innocent, but he looks so guilty that the attempt to shield him makes the crown look corrupt. And, given the severity of charges they are trying to deny, "corrupt" might well be applicable.
Reactions: Cristalle, Cat Fratica and Brenda Archer

Beebo Brink said:
Giuffre comes across as much more earnest and believable than Andrew. His interview was such a bad move, because it stripped away enough of that royal mystique to show a self-absorbed asshole trying to pass off nonsense. I thought he was guilty before this, so I'm probably not an unbiased observer, but it's difficult to see how anyone could take him at his word after that performance for BBC.

Now BP is caught in a very difficult position. They obviously feel obliged to defend Andrew as innocent, but he looks so guilty that the attempt to shield him makes the crown look corrupt. And, given the severity of charges they are trying to deny, "corrupt" might well be applicable.
Click to expand... 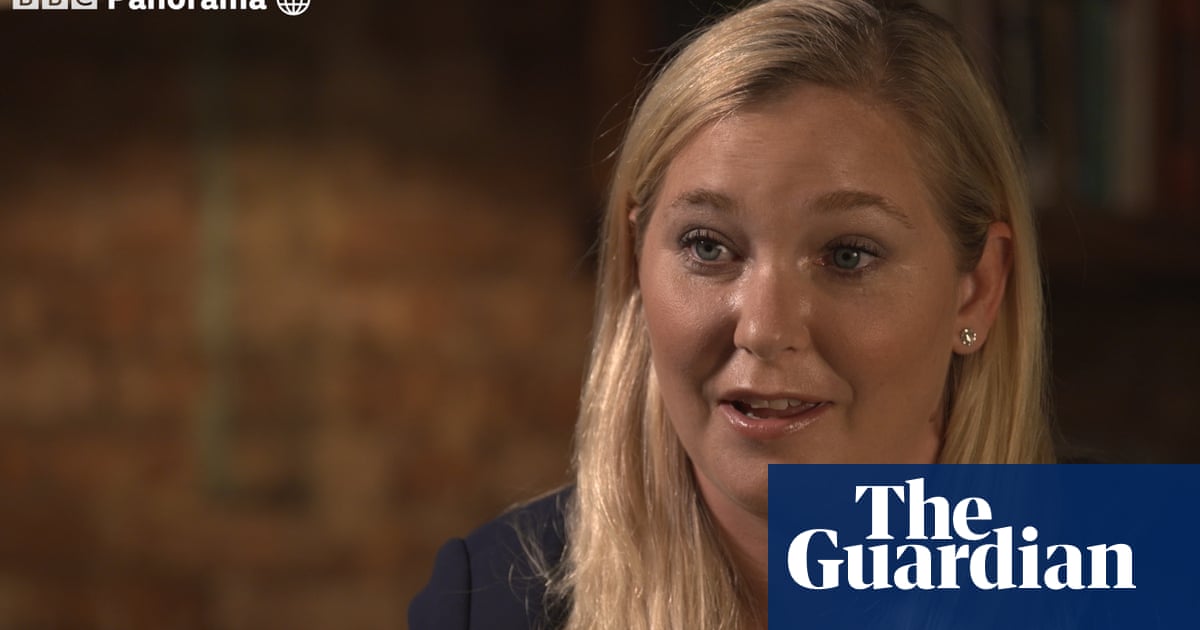 Calm, thorough and deeply plausible, Virginia Giuffre’s BBC interview was everything Prince Andrew’s wasn’t – and it made the severity of the accusations against him look undeniable

There was nothing flashy about The Prince and the Epstein Scandal. There were no stand-out lines, and no memes will come of it, but Virginia Giuffre managed to be everything Prince Andrew wasn’t. She was thorough where Andrew was evasive. She was determined where Andrew panicked. She sat with the weight of her accusations where Andrew ignored them. Her proximity to Epstein left her with nothing. Andrew’s left him with everything to lose. More than anything, Giuffre looked like a person; a real, flesh and blood person who had spent at least some of her life dealing with the consequences of something. She was Andrew’s opposite in every way.

This was a much more muted hour of television than Newsnight. Newsnight let Prince Andrew tie his own shoelaces together and watched him fall, but this is what made sure he’ll never get up again. Facts and inconsistencies were fastidiously laid out one after the other. Different voices – victims, lawyers, former heads of royal protection – were piled up until the severity of the accusations against Andrew became undeniable. This isn’t something he can slink away from any more. This isn’t going to go anywhere.
Click to expand...

And as I suspected, the damage ripples way beyond Andrew. 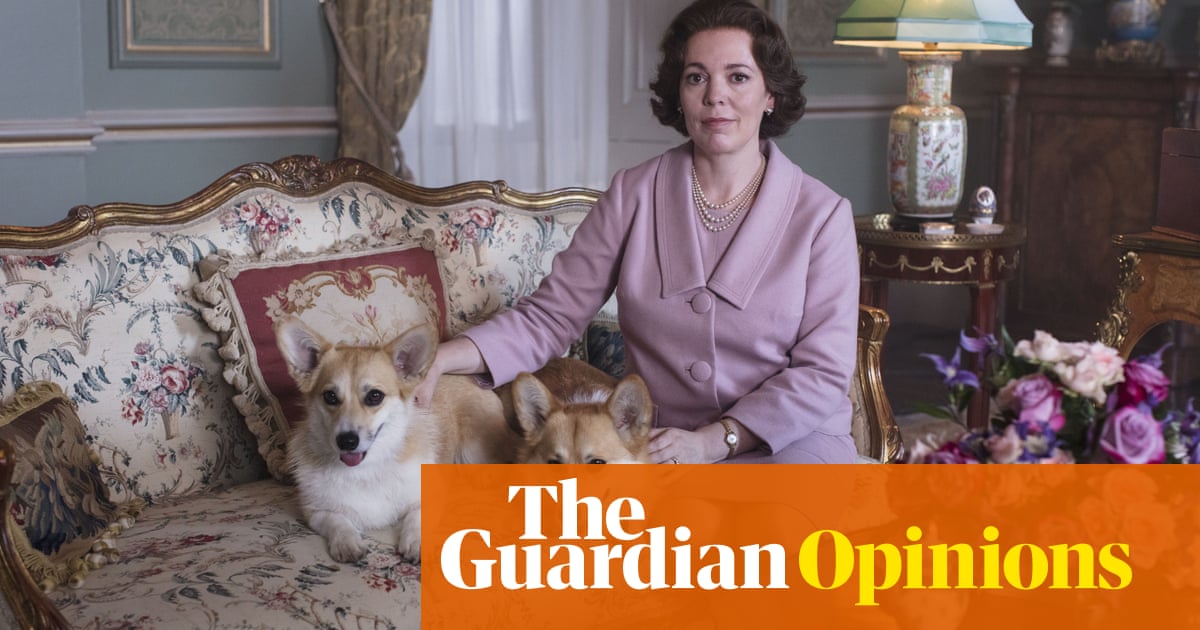 Why do we continue to throw vast sums of money at these inadequate people, both on TV and in life, asks Guardian columnist Emma Brockes 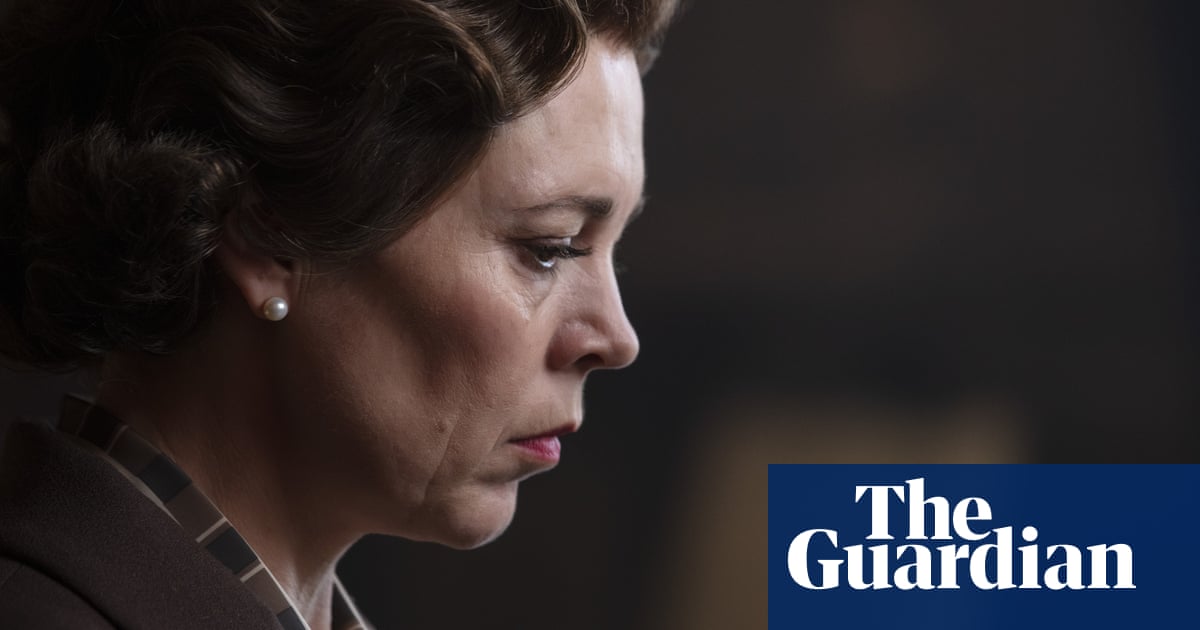 It's just not Woking: Prince Andrew has already ruined The Crown

To watch the Prince Andrew Newsnight interview on Saturday night followed by The Crown on Sunday morning was to watch the difference between night and day. The former was extraordinary; an extended moment of clownish, life-changing stupidity wrapped around a kernel of true nastiness. Prince Andrew has been accused of doing genuinely awful things that reek of consequence-free privilege. The way in which he blithely slow-blinked his way into catastrophe during the interview seems to suggest that he still doesn’t understand the scale of what has been levelled at him, and that is absolutely damning for his family.
Click to expand...

Looks like it's time for this video in regards to the British royalty...

The appalling behavior of Prince Andrew — who had a close relationship with convicted sex offender Jeffrey Epstein and has been accused of being a patron of Epstein’s underage sex trafficking ring — is a good reminder of the high price that monarchy asks.
Click to expand...

Prior to recently my responses to such opinion pieces was a typical Canadian, "And then what? End up like the Americans?"

Then Johnson came along.

"I don't know Prince Andrew," Trump claimed today, despite quite a bit of evidence suggesting he knows Prince Andrew.