"We were just trying to look at pretty fish ... and here we are in the middle of an FBI raid," said Kelly Quinn, the owner of Salty Dog Day Sails.

FBI agents raided Jeffrey Epstein's private island in the Caribbean on Monday in a vivid display that the probe into his alleged sex trafficking ring is continuing despite his death.

Two senior law enforcement officials briefed on the investigation confirmed that the FBI launched a search of Epstein's private island home off the coast of St. Thomas in the U.S. Virgin Islands.

The search was directed by the Epstein task force led by the U.S. attorney's office for the Southern District of New York, the officials said.

A spokesperson for the U.S. Attorney’s Office declined to comment.

A law enforcement source said the search of Epstein's home and private island in the U.S. Virgin islands was suggested years ago, but evidently went nowhere.

The raid was launched two days after Epstein was found unresponsive in his cell at the Metropolitan Correctional Center in New York City. He was pronounced dead at a lower Manhattan hospital. Multiple law enforcement officials said Epstein appeared to have hanged himself, but his official cause of death is pending.

Epstein purchased the picturesque island off the coast of St. Thomas for $7.95 million in 1998. He went on to build a sprawling estate featuring a 24,000-square-foot private residence, two pools, a spa and an odd blue-striped structure that has been the subject of endless online fascination.

Steve Scully, an IT worker who worked on Epstein’s island from 1999 to 2006, said he often saw young women there and the main residence was filled with photos of topless girls.

The investigation into Epstein's alleged sex trafficking network is continuing despite his death, multiple top law enforcement officials have said.

"To those brave young women who have already come forward and to the many others who have yet to do so, let me reiterate that we remain committed to standing for you, and our investigation of the conduct charged in the indictment — which included a conspiracy count — remains ongoing," U.S. Attorney Geoffrey Berman said in a statement Saturday.
Click to expand...

Jeffrey Epstein was found hanging in his lower Manhattan jail cell with a bedsheet wrapped around his neck and secured to the top of a bunk bed, The Post has learned.

The convicted pedophile, who was 6 feet tall, apparently killed himself by kneeling toward the floor and strangling himself with the makeshift noose, law enforcement sources said Monday. He hadn’t been checked on for several hours, sources said.

One of the two workers who were assigned to guard Epstein in the 9 South unit wasn’t even a full-fledged federal correction officer, The New York Times reported early Monday evening.

Prison officials with knowledge of the case said that only one of the people normally worked as a correction officer but didn’t say what sort of job the other employee usually worked, according to the Times.

On Sunday, reports said the two workers were both on overtime, with one on his fifth straight day of extra hours and the other forced to work overtime that day.

Epstein was taken off a 24-hour suicide watch — which required a check every 15 minutes — following a July 23 incident in which he was found with marks on his neck.

He had been downgraded to “special observation status,” which required two guards to make separate checks on him every 30 minutes, but that procedure was not followed, a source has told Reuters.
https://nypost.com/2019/08/12/barr-slams-serious-irregularities-at-jail-where-jeffrey-epstein-died/
Under that status, Epstein also was supposed to have a cellmate, but that inmate apparently left — possibly for a court appearance or another appointment — and was not immediately replaced as required by protocol, the Wall Street Journal reported.

Epstein was removed from suicide watch at the request of his defense lawyers, who had been meeting with him for up to 12 hours a day before asking that his supervision be eased, the Journal said.
Click to expand...

Interesting...
Epstein's Death Was On 4Chan Before Officials Announced It
Reactions: Brenda Archer and Han Held

Chin Rey said:
Interesting...
Epstein's Death Was On 4Chan Before Officials Announced It
Click to expand...

Aha, 4C did it!
Reactions: Han Held and Chin Rey

Kara Spengler said:
Aha, 4C did it!
Click to expand...

If this had been a whodunnit crime novel, it would have been rejected by the publisher right away because the list of suspects (which of course includes the deceased himself) would have been way too long for any reader to keep track.
Reactions: Brenda Archer and Han Held

Katheryne Helendale said:
Trump hasn't exactly stated anything directly about Epstein's death. Rather, he chose to retweet this:

This guy has his very own hashtag today, started, unsurprisingly, by himself. He's claiming that his life is in danger because of that tweet.
The Twitterverse appears to be treating this with the "respect" it deserves.
Also, TIL I learned a new word, "cooning". Used to describe the guy's 'comedy', also, Diamond & Silk et al., apparently.

From my reading of the article, the title is click bait. 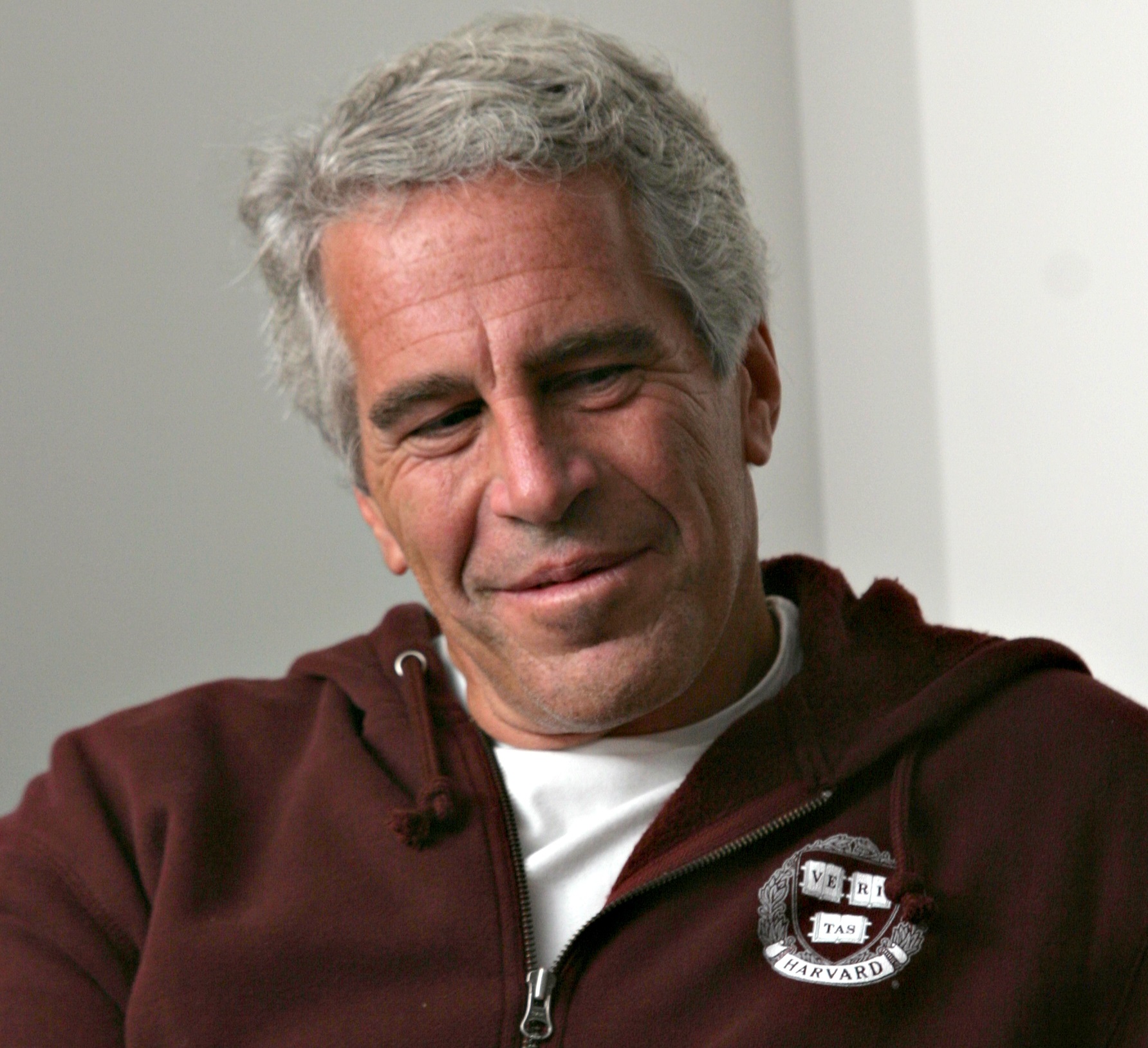 The autopsy of disgraced financier Jeffrey Epstein reportedly found a broken neck bone that can fracture during homicides by strangulation.

Beebo Brink said:
From my reading of the article, the title is click bait.

The autopsy of disgraced financier Jeffrey Epstein reportedly found a broken neck bone that can fracture during homicides by strangulation.

Yes, as I understand it, a broken hyoid bone is caused by compression of the neck and throat, which was clearly the cause of death anyway. The pathologists will base their report on the whole range of evidence they recover, of which this is only small part.
Reactions: Han Held

That's right. The hyoid bone is a very small and thin, semi-circular bone that is sort of "clipped" onto the front of the trachea - well, more like the soft tissue extension of the airway above it - and is not connected to any other bones. It's super fragile and tends to break when somebody grabs and squeezes a person's neck hard enough to compress that area. Since Epstein died by leaning forward into a sheet looped around his neck, the sheet would've pressed precisely against this tiny bone with a force equal to Epstein's body-weight. There's no way it could not be broken, really.
Reactions: Brenda Archer and Innula Zenovka

Dakota Tebaldi said:
Since Epstein died by leaning forward into a sheet looped around his neck, the sheet would've pressed precisely against this tiny bone with a force equal to Epstein's body-weight.
Click to expand...

And that force may have been applied for hours, since the guards were asleep and didn't make rounds for at least 3 hours.
Reactions: Brenda Archer, Katheryne Helendale, Cristalle and 2 others

I think Newsweek is a valid source, but the Washington Post is reporting roughly the same thing, with this caveat:

Among the bones broken in Epstein’s neck was the hyoid bone, which in men is near the Adam’s apple. Such breaks can occur in those who hang themselves, particularly if they are older, according to forensics experts and studies on the subject. But they are more common in victims of homicide by strangulation, the experts said.
Click to expand...

From my own understanding (I read a lot of crime books), you don't break the hyoid with slow, constant pressure. It's not unlike the chicken's neck bones, being flexible enough to require sudden violent force to break.
Reactions: Brenda Archer, Rose Karuna and Cristalle

Cindy Claveau said:
I think Newsweek is a valid source, but the Washington Post is reporting roughly the same thing, with this caveat:

From my own understanding (I read a lot of crime books), you don't break the hyoid with slow, constant pressure. It's not unlike the chicken's neck bones, being flexible enough to require sudden violent force to break.
Click to expand...

Though if he threw himself forward with sufficient force, that might have been expected to break it, I would think, or even when he lost consciousness and became so much dead weight.

There's another way I can imagine the bone breaking, depending on precisely how he managed the suicide attempt (assuming it was suicide, which seems to me probable) but describing it would involve describing in detail the the technique I think he may have used, and I don't want to do that in a public forum for obvious reasons.
Reactions: Brenda Archer, Cindy Claveau, Amalia Illios and 1 other person

Cindy Claveau said:
I think Newsweek is a valid source, but the Washington Post is reporting roughly the same thing, with this caveat:

From my own understanding (I read a lot of crime books), you don't break the hyoid with slow, constant pressure. It's not unlike the chicken's neck bones, being flexible enough to require sudden violent force to break.
Click to expand...

I know it's rare for the hyoid bone to be broken in a constant pressure hanging. This is the way that they found my sister. Tied to a closet where she would have had to put the rope around her neck and lay on the floor to strangle her self. A pretty impossible task when you consider how you have an instinctual reaction to fight for air, particularly if no drugs or alcohol are involved. When they did the second autopsy on her, they discovered the hyoid was broken indicating strangulation. This was after someone else who lived in her building was also found strangled and eventually they figured out what happened. Initially though, they tried to pass it off as suicide and never even checked the hyoid bone.
Reactions: Plurabelle Laszlo, Maggy Hazelnut, Erich Templar and 14 others

Prince Andrew welcomed Epstein and young masseuse to Balmoral Will Humphries August 20 2019, 12:01am, The Times Prince Andrew, 59, was introduced to Jeffrey Epstein in the 1990sDUNCAN MCGLYNN/GETTY IM...

Not a good time to be the son of Queen Elizabeth. I'm guessing "We are not pleased".....
Reactions: Brenda Archer Jeffrey Epstein signed will 2 days before killing himself in jail, court records show

The existence of the will raised new questions about Epstein's final days inside the Metropolitan Correctional Center.

Jeffrey Epstein signed a will just two days before he killed himself in jail, new court records show, opening a new legal front in what could be a long battle over the financier's fortune.

Court papers filed last week in the U.S. Virgin Islands list no details of beneficiaries but valued the estate at more than $577 million, including more than $56 million in cash.

The existence of the will, first reported by the New York Post, raised new questions about Epstein's final days inside the Metropolitan Correctional Center, where he was awaiting trial on federal sex trafficking and conspiracy charges.

Jeffrey Epstein signed will 2 days before killing himself in jail, court records show

The existence of the will raised new questions about Epstein's final days inside the Metropolitan Correctional Center.

Yeeeeeeah, unless someone wants to say The Conspiracy kindly waited for Epstein to file a will before bumping him off, pretty sure this is gonna be legit suicide.
Reactions: Kamilah Hauptmann

Yeah, I have -- MOST RELUCTANTLY! -- let go of my suspicions. Sigh.
Reactions: Dakota Tebaldi