Beebo Brink said:
Oh nooo! Take care of your Old Self, and take notes. I may need them for my Old Self if I don't hermit successfully. Avoiding people for the rest of my life has a lot of emotional appeal, but unfortunately, it's harder to put into practice than I realized two years ago.

For what's it's worth, that fourth vaccination may or may not have made any difference, depending on what strain you caught. Fun times.
Click to expand...

That's what the NP told me, too. Lots of breakthrough infections from the new strains.

My advice -- which is well worth at least twice what you're paying for it, btw -- is test and treat early. Paxlovid is useless after the first five days. I'm usually the "grrr tough it out" type, but, for once, I had a brain and got with it early. I think it is paying off.

If you test positive, start shopping around for someone who will prescribe the Paxlovid for you. It is anything but universally prescribed, maybe because it is still only "emergency approved" by the FDA. A friend is with Kaiser; they're apparently passing it out like jellybeans. I'm not with Kaiser, so I had to do a lot of "didn't like Mom's answer, try Dad" with the medical system before I found someone willing to prescribe it. My regular doc couldn't see me for a week, one urgent care flat said they weren't prescribing anything for COVID, and another said the same until they asked the NP on duty -- then their tune changed. Explain (or remind them) that you are an xx year old with pre-existing respiratory stuff. Repeat as necessary.

There are side effects with Paxlovid, but none too dire. Let's just say I wasn't planning on getting too far from a toilet anyway ........

The stuff reduces hospitalizations in in the unvaccinated by 85% (!) -- they're still gathering data on the vaccinated, but the NP basically told me, "this stuff's the shizzle."

Hopefully, all this is knowledge none of you will ever need.


WolfEyes said:
Please don't push yourself to get over it.

Gotta tell ya, I don't think that's going to be a problem.

Fourth vaccination? That's why Walmart keeps bugging me to come in, but damn I just got the third booster.

Yeh, got the third just over a month ago.

Argent Stonecutter said:
Fourth vaccination? That's why Walmart keeps bugging me to come in, but damn I just got the third booster.

Yeh, got the third just over a month ago.
Click to expand...

I'm due for my fourth. But after the way the third one made me feel, I'm feeling really anxious about it.
Reactions: Jolene Benoir

Not eligible for next shot. Yet. mmphs.

Felt anotty and gross all week and chocked it up to allergies because I had allergies the week before and always have allergies this time of year. Decided to use one of the home tests this mornijg and it came up positive.

I went in to have a better test done at CVS as well, but at this point after being miserable all day I have little doubt.

I doubt I am going to die but god I am miserable. Can't get to sleep well either from the flem.and snot shit.

Thankfully 2 of the other 3 people in the house did not test positive and (only 2 tested) and none show symptoms of anything. So I get to hide here in the bedroom, being miserable, and unmoticated to do much of anything.
Reactions: Isabeau, Casey Pelous, CronoCloud Creeggan and 9 others 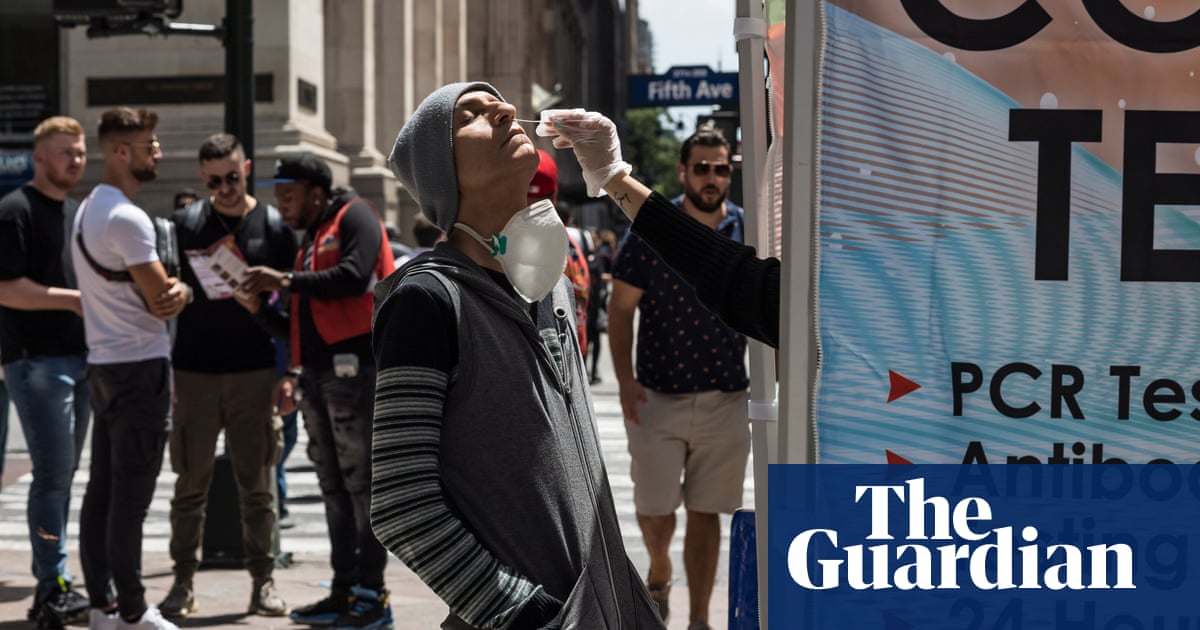 ‘We’re playing with fire’: US Covid cases may be 30 times higher than reported

Severe undercounting undermines our efforts to ‘understand and get ahead of the virus’, researcher says after New York survey

Noodles said:
Thankfully 2 of the other 3 people in the house did not test positive and (only 2 tested) and none show symptoms of anything. So I get to hide here in the bedroom, being miserable, and unmoticated to do much of anything.
Click to expand...

I think I'd go with unmotivated rather than unmedicated.

WolfEyes said:
I think I'd go with unmotivated rather than unmedicated.

Though I sent a message to my doc looking to see if she could prescribe anything.
Reactions: WolfEyes

I got lucky and scored 180 N95 masks at DEEP discount, because the guy who sold them got them on auctio with a bunch of other stuff and wasn't sure if it would work against COVID. I looked up the NIOSH approval number and it traces back correctly, so I bought them all for $**.00. Things are sturdy as hell and good for several days so hopefully I'm set until things improve.

Might give a box or two to my brother, whose got health issues.
Reactions: Isabeau, Beebo Brink, Rose Karuna and 6 others

All I'm saying is, if Florida starts getting hit with Cat 5 after Cat 5 after Cat 5, don't look at me. I can't influence the weather. Much. I'm just the messenger.
Reactions: Katheryne Helendale and Aribeth Zelin

WolfEyes said:
All I'm saying is, if Florida starts getting hit with Cat 5 after Cat 5 after Cat 5, don't look at me. I can't influence the weather. Much. I'm just the messenger.
Click to expand...

Whether likes me, though we're still working on how to do micro cat 5s with pinpoint precision. It's not sure how to contain so much wind in such a tiny space.

Seriously though, bad things tend to happen to people who wrong me; whether I actively wish them ill or not [another reason I try so hard to not get angry - but that's blown out of the water.

And weather -does- like me. In the almost 10 years we've been here, I've seen 1 hurricane. I do regularly ask nature spirits to help clean out the cancer in our society. Needless to say, баба яга has been getting a lot of messages from me lately.

*That's a bit weird - that's supposed to be the Ukrainian spelling, but the г is an 'h' sound in Ukrainian, not like in Russian.
Reactions: WolfEyes

So the Special Olympics acquiesced rather than tell DeathSantis where he could shove it and moved the Games to a friendlier state?
Reactions: Aribeth Zelin, Ryanna Enfield, Archer and 1 other person

Katheryne Helendale said:
So the Special Olympics acquiesced rather than tell DeathSantis where he could shove it and moved the Games to a friendlier state?
Click to expand...

To be fair, I don't think moving the games would be possible, at least not without some years' notice. I think their options were acquiesce, pay the fine, or cancel.
Reactions: Katheryne Helendale

IMO, the Special Olympics did the right thing for the kids, except the part where the unvaccinated are endangering others.

The games don't have to be held in FL ever again.

Now if they were to ask the kids and the kids said let's wait and go elsewhere and the Special Olympics then capitulated, that would be a different story.
Reactions: Aribeth Zelin, Katheryne Helendale, Soen Eber and 2 others 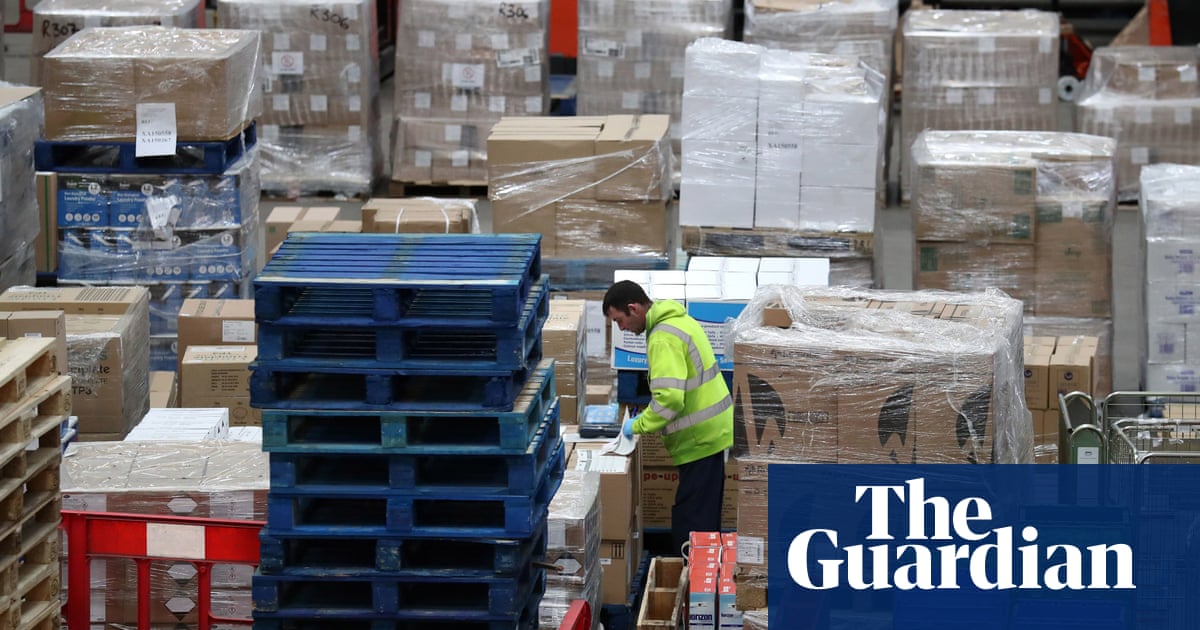 £4bn of NHS Covid PPE to be burned as it is unusable, says committee report

The revelations are the latest evidence about the government’s chaotic rush to acquire gloves, masks and gowns in the early months of the pandemic amid a sudden global shortage. It has become a major scandal over the government’s use of a “VIP lane” offering privileged access to well-connected people seeking to bid for contracts and the handing of multiple deals to friends and associates of ministers and other senior Conservatives.

“In a desperate bid to catch up, the government splurged huge amounts of money, paying obscenely inflated prices and payments to middlemen in a chaotic rush during which they chucked out even the most cursory due diligence,” said Dame Meg Hillier, the PAC chair.
Click to expand...

“This has left us with massive public contracts now under investigation by the National Crime Agency or in dispute because of allegations of modern slavery in the supply chain.”
[....]
A DHSC review of the 364 PPE contracts it signed found that 176 (48%) were questionable. Of those, 24% are under commercial renegotiation (59), legal review (27) or in mediation (three). The PAC criticised the department’s “haphazard purchasing strategy”.
Click to expand...

Just saw a punker in the mall. He and I were the only ones around masked up. :respect:
Reactions: Aribeth Zelin, Katheryne Helendale and Archer

£4bn of NHS Covid PPE to be burned as it is unusable, says committee report

Four bloody billion, literally up in smoke!
Click to expand...