View the following story in light of the ideas in McKinnon's thread.

“We affirm that Black Lives Matter. We love you. And as Black health professionals, we have a higher calling to stand for racial justice and to fight for health equity,” the group said. “We plead with you to wear your masks, continue social distancing, hand washing, and avoiding indoor events until vaccines are widely available.”
Click to expand...

Now compare that treatment with Brian Wasik's criticism of a recent statement from Andrew Cuomo (not the douchey guy on CNN). Thread:


To me the shaming approach feels more natural (unfortunately). I think people do it without realizing that it comes from the assumption that the speakers are in control of those whom they are shaming. With the general public that assumption is not true, and I can understand people resenting the feeling of being controlled which would lead them to ignore an otherwise good faith message.

I find it interesting that Cuomo in many of his daily briefings last spring (I watched them everyday) admitted that he was not in control of whether people wore masks or not and frequently thanked people for following the restrictions New York state used to successfully bring infection rates down. I suppose his more recent comments are born of frustration and aggravation. In that light I can give Cuomo some slack and not jump in to shame him. (Now the shoe's on the other foot Mr. Wasik.) 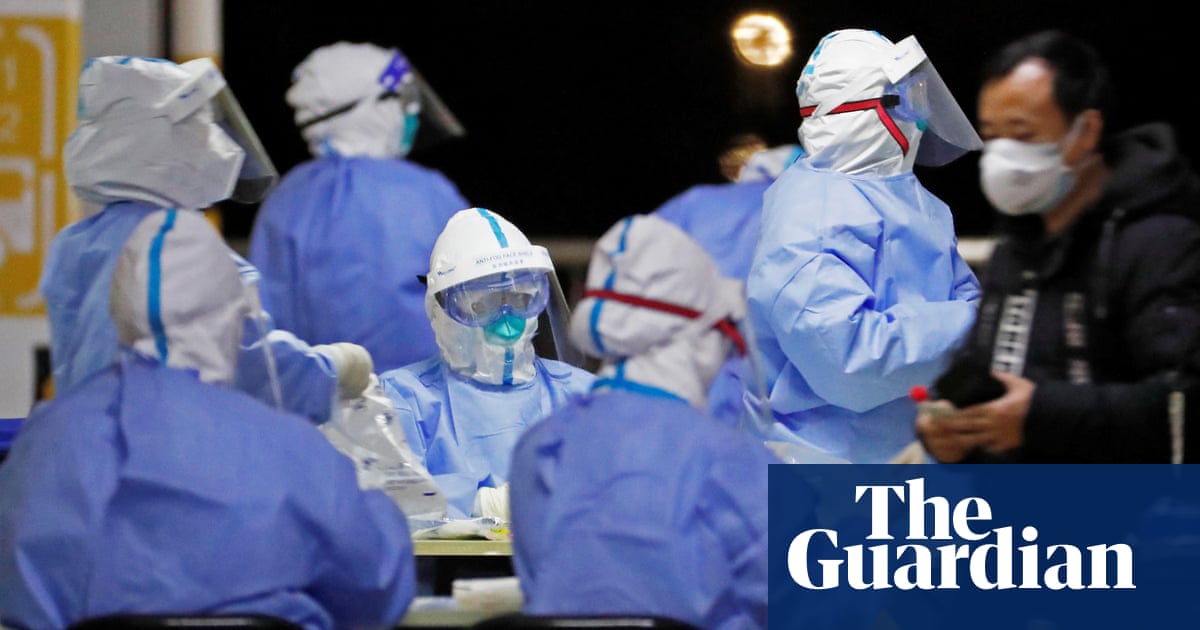 I have read similar stories about authorities in China discovering the virus on shipped items but there's always been a lack of details. This one is also puzzling. The workers got inside one of the containers used in airfreight (why?), or was it an intermodal container shipped by sea?
Reactions: Lexxi, Jolene Benoir and Innula Zenovka

I am deeply troubled today. We're witnessing the harsh beginnings of a 3rd major wave of coronavirus in the US before a vaccine is available. Thousands of people are going to die after the holidays because they simply couldn't give up on the idea that to properly celebrate the Holidays you MUST be with family. It's already starting.

One of my sisters-in-law is a lovely woman, a professional artist and a loving mother to my 2 pre-teen nephews. She is smart as a whip, but I get the feeling that she and my brother don't watch the news. (He is a professor and also sharp in higher-level calculations but not so much common sense.) A couple of weeks ago, my brother wanted to stop by for lunch with his family "just to catch up". I told him that, as much as I'd love to see all of them, I wasn't going to expose myself or my husband, even to family. Even masked and even without symptoms. I felt bad afterward, feeling like maybe I'd foregone the last chance I'd have to see them (you just never know). He understood, but my hopes that he would get the message have been crushed.

Now I'm given to understand that at S-I-L's urging, they also asked to visit my sister in San Diego and her answer was the same as mine: "wait a year, maybe then". With those plans scotched, brother/wife and his fam are now going on a trip to Padre Island in Texas.

I'm pausing for a minute because just typing that stirs deep feelings of dread. And the really horrid part of that is that they're not alone. Millions of people are traveling this week to honor an American-only made-up holiday. I'm sure a lot of them suffer from quarantine fatigue (I feel that too). But I am completely at a loss for words right now. It's like hearing of thousands of people running into a burning room because it sounded fun. ????

I told my brother when I finally did call him to urge him to stay home: "What if one of you catches COVID? By the time you can test, you've exposed the whole family. Most of you might or might not recover. But you're risking DEATH in order to satisfy your sense of familial fun, and months or years of horrible after effects from the virus. Please consider giving up one holiday now in order to share a lifetime of them later."

Or words to that effect. It didn't work. They're already on their way in a car. At least they're not flying.

How weird is it that in normal times we would be concerned about travelers suffering traffic accidents or deaths, but in 2020 the odds of something even worse happening are dauntingly high?

In the immortal words of Samuel L. Jackson:

Ashiri said:
I have read similar stories about authorities in China discovering the virus on shipped items but there's always been a lack of details. This one is also puzzling. The workers got inside one of the containers used in airfreight (why?), or was it an intermodal container shipped by sea?
Click to expand...

According to the article, in at least one case they were inside the container because they were cleaning it

Shanghai has reported at least seven local cases of Covid-19, after five months of no community transmission. The first cases, recorded on 9 and 10 November, were airport cargo handlers. Sun Xiaodong, a Shanghai disease control centre official, said the two employees had entered and cleaned the container on 30 October, suggesting a timeline matching that of the usual presentation of symptoms after infection.
Click to expand...

Reactions: Lexxi, Sid, Archer and 5 others

Cindy Claveau said:
With those plans scotched, brother/wife and his fam are now going on a trip to Padre Island in Texas.

If that's South Padre Island at the southern tip of Texas, I believe it is fairly empty right now. Why do I know that? The SpaceX rocket factory is just south of it, and a lady who lives there takes lots of pictures and videos. I see nobody on the beach. If its the main Padre Island that extends up to Corpus Christie, sorry, but don't have a clue.
Reactions: Cindy Claveau 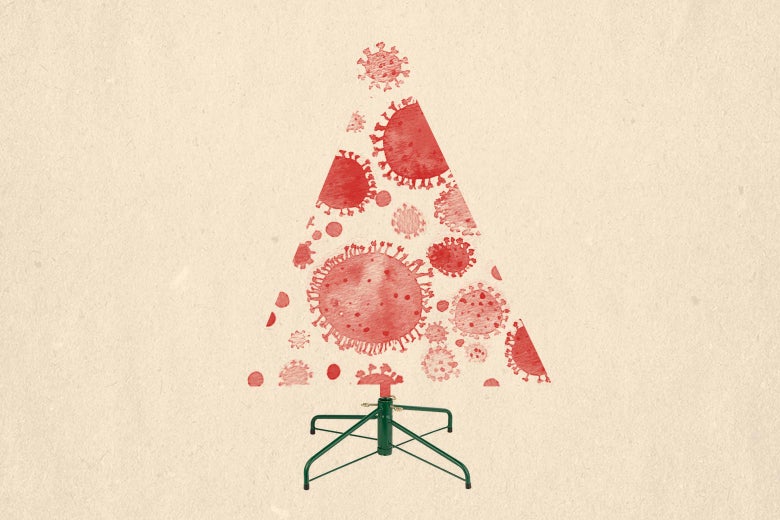 This holiday season, partisan posturing about who hates “family” is the best accelerant the coronavirus could hope for.

Just in case, I'm so angry and heartbroken that so many people are dying because of the callous disregard of other peoples lives the GOP has shown.

Hell, some of them are not even caring about their own life.
Reactions: Cindy Claveau, Govi, Rose Karuna and 6 others

I'm taking a break from a personal in-the-moment emotional reaction to COVID-19, at least for the evening, and musing from a more distant perspective. It's only been within the last 100 or so years that people living in First World societies have become so unaccustomed to death. We find it jarring, discordant, and disruptive for large numbers of people to die unexpectedly and to keep on dying in escalating numbers. We can just barely cope with a sudden short-lived event -- like 9/11 or an especially hot European summer than kills thousands of old people and invalids. That shocks everyone, but the damage is not prolonged and everyone can quickly return to "normal" and recover their equilibrium.

COVID-19, on the other hand, feels apocalyptic.

It's not. The risks that we (or at least some of us) avoid with such horror used to be just part of the background noise of living. Plague, yellow fever, scarlet fever, cholera, smallpox, measles, rabies, childbirth, pneumonia, a simple cut. People died a lot. All the time. They died by the thousands, by the millions, by the tens of millions. Most of the time there simply was nothing they could do about that, no place to run that was safe, so people just lived their lives as best they could until they got sick and died, mostly in their own homes.

That was then, of course. And now we're accustomed to not-being-sick at a large societal level. We seem to have inherited the worst of both worlds: an old-fashioned fatalism about not making an effort to escape death combined with an unreadiness to deal with it when it arrives wholesale.
Reactions: Cindy Claveau, Sid, Isabeau and 3 others 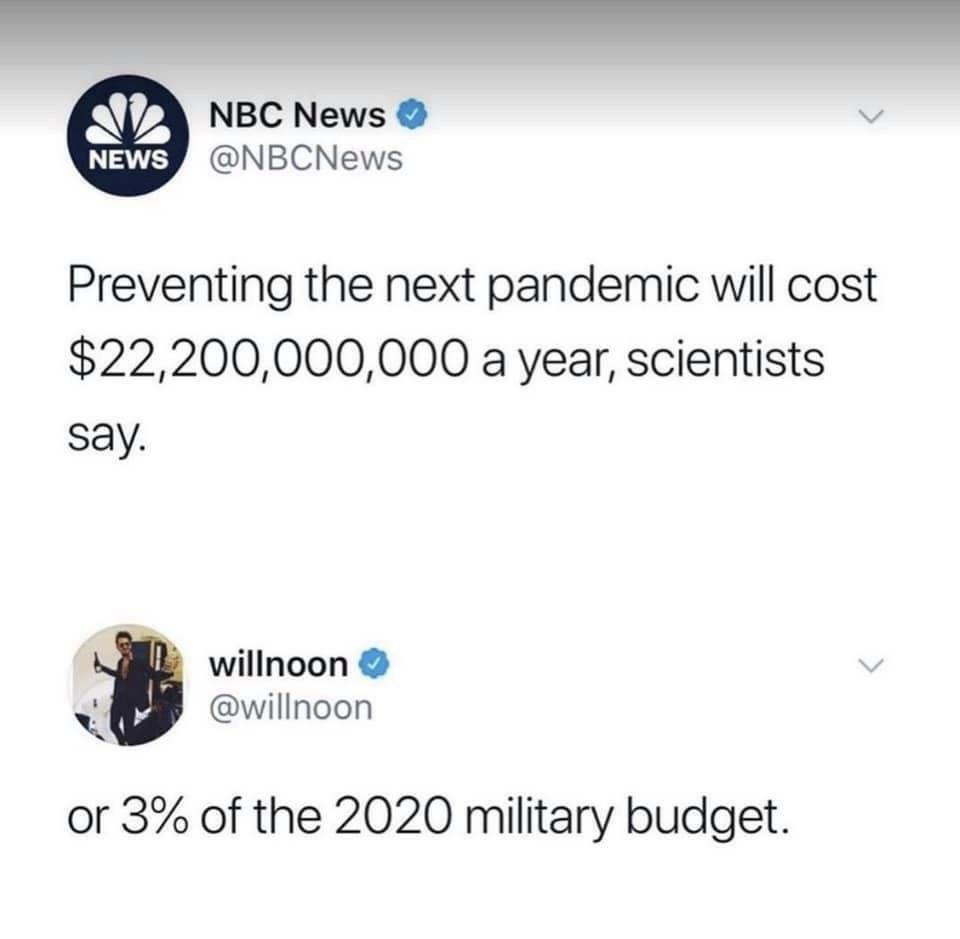 Arkady Arkright said:
Dig into any religion and you'll find abuse of power.
Click to expand...

Dig into pretty much any human institution and you'll find abuse of power.
Reactions: Sid, Isabeau, Ryanna Enfield and 3 others

Katheryne Helendale said:
Dig into pretty much any human institution and you'll find abuse of power.
Click to expand...

...and religion is no exception.
Reactions: Sid and Rose Karuna 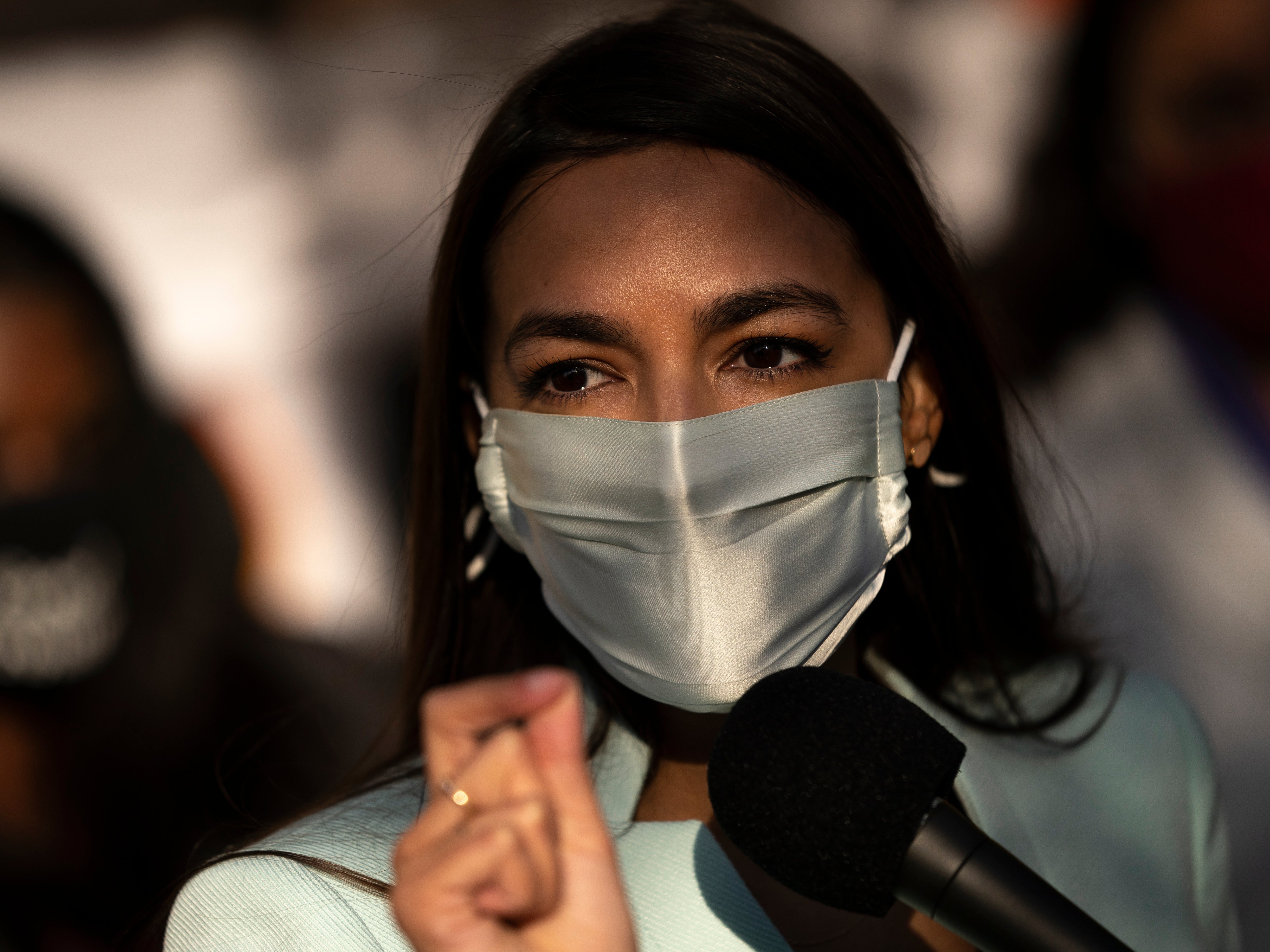 Her ire was directed at Mr McConnell for dismissing the Senate rather than holding session and passing some form of relief for people struggling as governors across the country call for economic restrictions to curb the spread of the virus. "People across the country are going hungry, Covid is set to explode, and Mitch McConnell dismissed the Senate last week," she wrote in a Twitter post. "I don't know how these people can sleep at night. I really don't."
Click to expand...

"AOC, are you suggesting you want to pay people to stay home from the money you take by defunding the police? Or was that for the student debts you wanted to pay off, the Green New Deal or Medicare for All?" Nikki Hayley, former governor of South Carolina and onetime UN ambassador under the Trump administration, asked.
Click to expand...

I see that Nikki Hayley has a heart of stone, like the rest. Here's to hoping she never makes a run for president.
Reactions: Katheryne Helendale, Cindy Claveau and Ryanna Enfield

Dont give her ideas.
Reactions: Rose Karuna and Jolene Benoir

Ellie said:
Dont give her ideas.
Click to expand...

If you do a search on "Nikki Haley 2024," you'll find a lot of people have already been doing that.
Reactions: Lexxi, Katheryne Helendale, Ryanna Enfield and 2 others

Free said:
If you do a search on "Nikki Haley 2024," you'll find a lot of people have already been doing that.
Click to expand...

I guess that would be why, as a former Governor, and current U.N. Ambassador she felt that she had something valuable to add to a discussion about the Senate, though she has never been in congress, not doing its job.

Nothing she said was valuable and I imagine she's just trying to stay in the public eye. Well then, she's got down two of Trump's features.
Reactions: Ryanna Enfield

Jolene Benoir said:
Nothing she said was valuable
Click to expand...