So we have a health and science thread, and a community one. I thought one where we could post stories and images of how the coronavirus is taking its toll on society might be interesting.

First up, a snap from the online edition of the German newspaper Zeit of the Kaaba at Mecca. 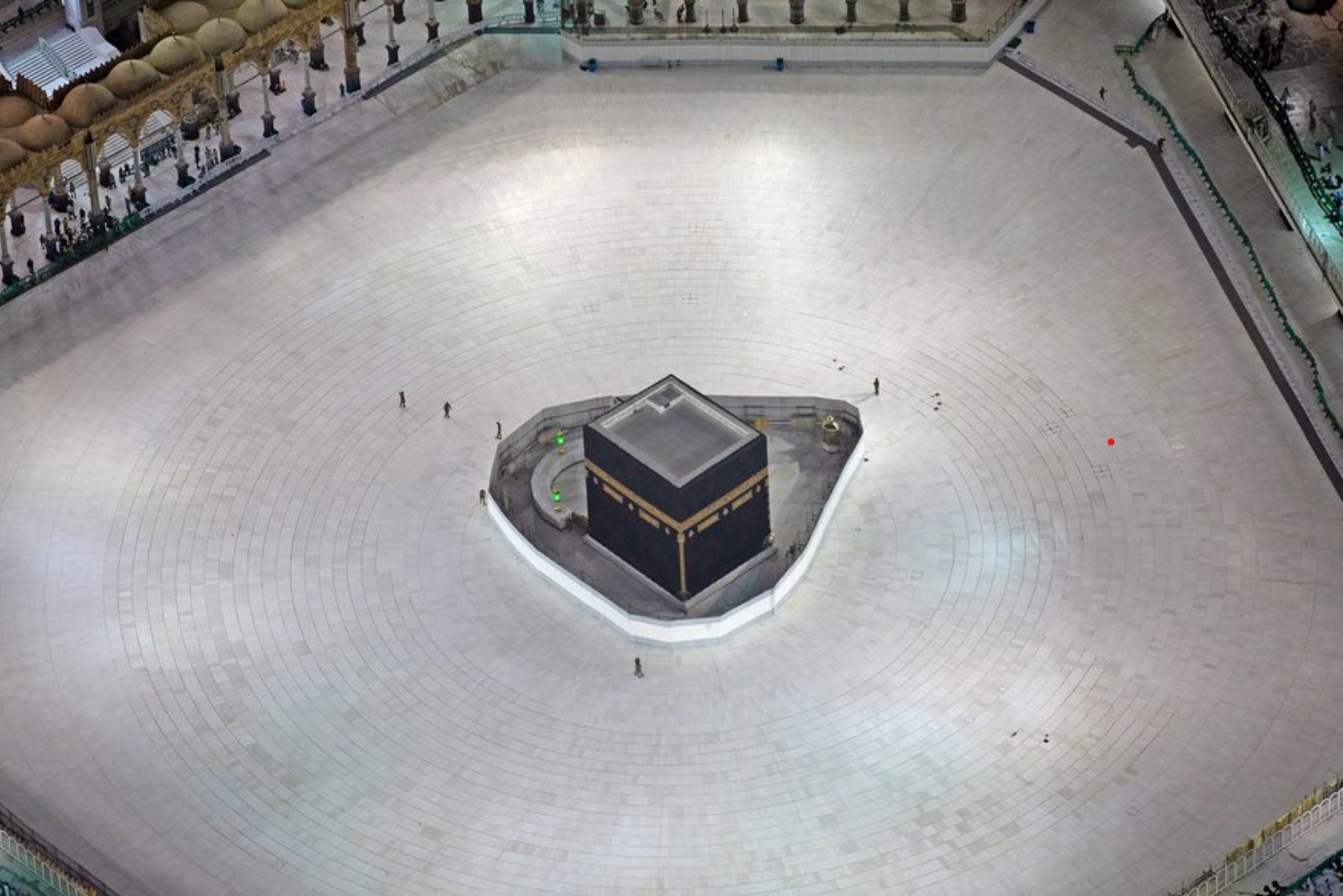 So if soap isn’t available gentlemen can use the body’s natural cleanser and not wash hands after a sloppy piss. 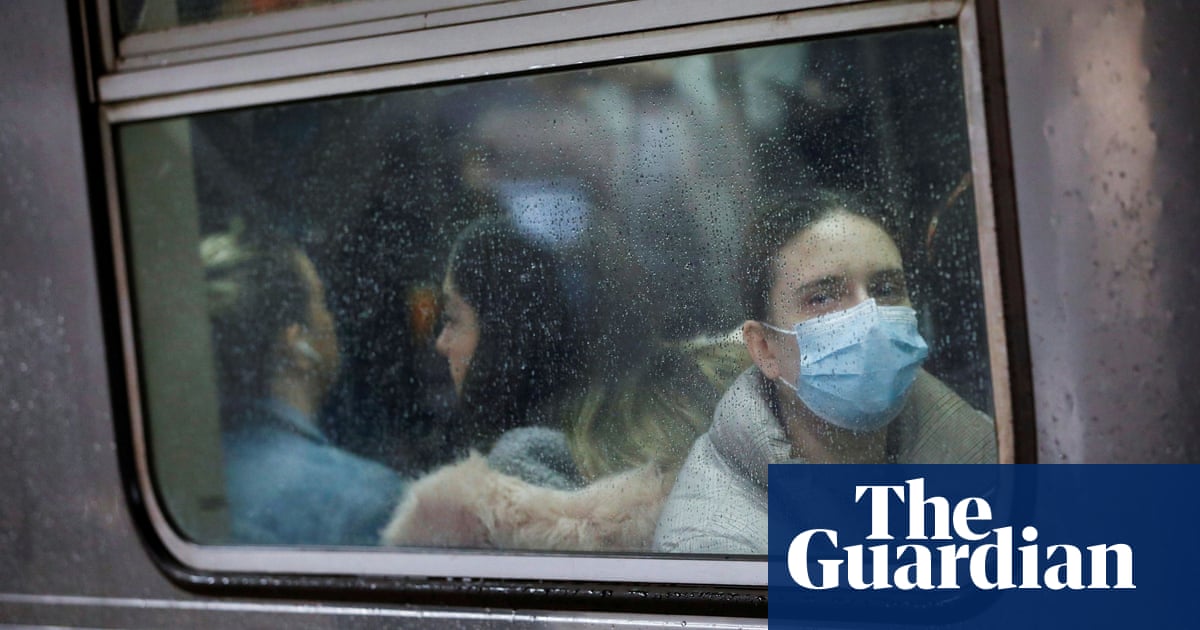 'These are not normal times': a journey through New York City amid the pandemic 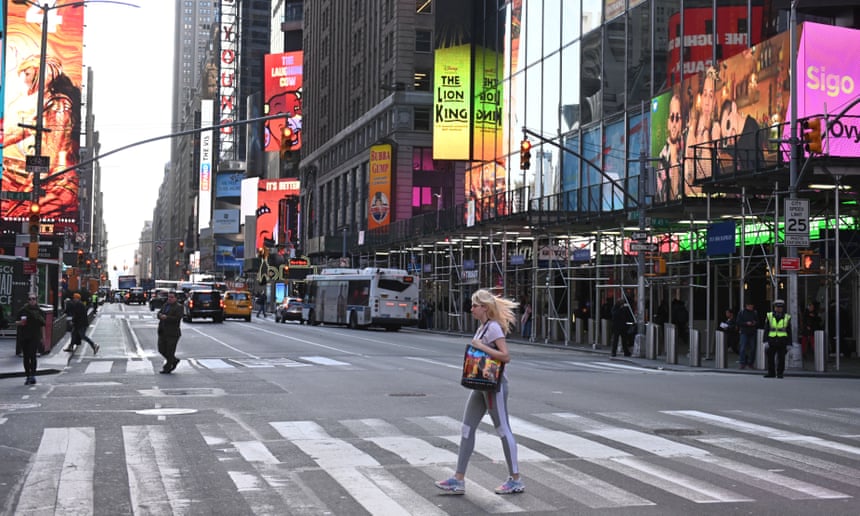 Empty spaces like this can be a photographer's dream, no more getting up at daybreak before the tourists. ;-)
Reactions: Pati, Innula Zenovka, Isabeau and 2 others

Please read this entire thread. The world looks very different if you have ever had to use your insurance.

Reactions: Archer, RodeejahUrquan, Pamela and 4 others

The hysteria must have hit right a peak after 12:30pm yesterday. I was at work. We got the email at 11:35 that all Santa Clara County schools are to be closed as of Monday. My own school is out for four weeks. I must go in Monday as a normal work day, and twiddle my thumbs for six hours if I want the district to pay me for my contracted hours for the next four weeks. Tuesday we are all barred from campus. Fine by me.

Right after I got off work yesterday, I headed to Safeway to get some lunch. It was 3pm. Most of the aisles had already been cleaned out: dry goods, frozen food, canned goods, cleaners, the lot. I managed to get one frozen lunch (which I'll eat Tuesday), a frozen pizza, and some eggs and the last box of cinnamon oatmeal on the shelf.

I told him that's about the time Trump called for a national emergency (two very big words, doncha know). He expressed surprise that Trump had acted at all.

I went to the Mercado down the street from my house this morning. They still have ample stock, so I grabbed more eggs, taco sauce, and tortillas. You know, important stuff. I was one of two customers in the store. Thank goodness for small stores with no real foot traffic!

Other Half is in one of the high risk groups. Cardiovascular issues, asthma, and of course, all the injuries from the bicycle accident over two years ago. Other Half must continue to work, because the company does not have enough money to shutter its doors. There's no sick leave, because this is a brand new job, started just before Christmas. As I'm the one who is the healthiest, though I do have asthma and allergies, I'm going to be the one suiting up to go to Kaiser for prescriptions, doing laundry, getting food when needed.

We did manage an Amazon order a couple of nights ago. We are stocking up on Boost, kleenex, cough syrup, Pelligrino, gatorade, and have two boxes of gloves. We also have the half dozen N95 masks I bought just before the fire season last year.

Other Half is happy to be an Introvert now that there's an excuse to never leave the house.

I'll probably end up with cabin fever by Wednesday. I've washed my hands so much that my hands have dried up and blown away in the breeze. We may end up infected, as the odds are that 70% of us will get it. But I'm determined we will both survive. I hope all of you do too.

Stay healthy, and try not to stress.
Reactions: Shiloh Lyric, Sid, Aribeth Zelin and 10 others

One way it's affecting society is that like all disasters it brings out the profiteers who insist they're doing nothing wrong.

On March 1, the day after the first coronavirus death in the United States was announced, brothers Matt and Noah Colvin set out in a silver S.U.V. to pick up some hand sanitizer. Driving around Chattanooga, Tenn., they hit a Dollar Tree, then a Walmart, a Staples and a Home Depot. At each store, they cleaned out the shelves.
Over the next three days, Noah Colvin took a 1,300-mile road trip across Tennessee and into Kentucky, filling a U-Haul truck with thousands of bottles of hand sanitizer and thousands of packs of antibacterial wipes, mostly from “little hole-in-the-wall dollar stores in the backwoods,” his brother said. “The major metro areas were cleaned out.”

Matt Colvin stayed home near Chattanooga, preparing for pallets of even more wipes and sanitizer he had ordered, and starting to list them on Amazon. Mr. Colvin said he had posted 300 bottles of hand sanitizer and immediately sold them all for between $8 and $70 each, multiples higher than what he had bought them for. To him, “it was crazy money.” To many others, it was profiteering from a pandemic.

The next day, Amazon pulled his items and thousands of other listings for sanitizer, wipes and face masks. The company suspended some of the sellers behind the listings and warned many others that if they kept running up prices, they’d lose their accounts. EBay soon followed with even stricter measures, prohibiting any U.S. sales of masks or sanitizer.

Now, while millions of people across the country search in vain for hand sanitizer to protect themselves from the spread of the coronavirus, Mr. Colvin is sitting on 17,700 bottles of the stuff with little idea where to sell them.

“It’s been a huge amount of whiplash,” he said. “From being in a situation where what I’ve got coming and going could potentially put my family in a really good place financially to ‘What the heck am I going to do with all of this?’”
Click to expand...

Choke on it.
Reactions: Arkady Arkright, Katheryne Helendale, Ranma Tardis and 11 others

I got an email yesterday or the day before from kijiji telling us all listings of toilet paper, hand sanitizers, etc. would be taken down.
Reactions: Govi and Brenda Archer

Dakota Tebaldi said:
One way it's affecting society is that like all disasters it brings out the profiteers who insist they're doing nothing wrong.

Now, while millions of people across the country search in vain for hand sanitizer to protect themselves from the spread of the coronavirus, Mr. Colvin is sitting on 17,700 bottles of the stuff with little idea where to sell them.
Click to expand...

It can't be that difficult to set up an online store, can it, and do a bit of SEO?
Reactions: Brenda Archer

Dakota Tebaldi said:
One way it's affecting society is that like all disasters it brings out the profiteers who insist they're doing nothing wrong.

They need to take a lesson from all the 50 cent book sellers on EBay.
Adds up to about $35k profit.
Reactions: Brenda Archer and Isabeau

Innula Zenovka said:
It can't be that difficult to set up an online store, can it, and do a bit of SEO?
Click to expand...

Or just sell it in bulk to local stores that are out of stock.
Reactions: Katheryne Helendale, Govi, Brenda Archer and 1 other person

Innula Zenovka said:
It can't be that difficult to set up an online store, can it, and do a bit of SEO?
Click to expand...

It should be easy to sell all that stock for slightly above cost plus shipping with a purchase on Google Ads. Online stores are plug and play, and people want this stuff. And they’ve already figured out shipping.

Brenda Archer said:
It should be easy to sell all that stock for slightly above cost plus shipping with a purchase on Google Ads. Online stores are plug and play, and people want this stuff. And they’ve already figured out shipping.

Mind you, the sort of "entrepreneur" who thinks of making the family fortune by cornering the hand-sanitiser in this way and then doing some price-gouging probably isn't the sort of person who can think round problems when Plan A fails.
Reactions: Katheryne Helendale, Arkady Arkright, Zaida Gearbox and 9 others
Show hidden low quality content
You must log in or register to reply here.
Share:
Facebook Twitter Reddit Pinterest Tumblr WhatsApp Email Link
Top Bottom