I think they really believe they're own bullshit. Just in the responses to Dump's "warp speed" announcement, I saw people spreading the usual talking points:
"Hospitals label everything as COVID to get money"

"It's the Democrats, they want but death totals from this to make him look bad"
And the old standbys "It's like the flu", and "more people die from (insert unrelated thing here).
Maybe they really do believe it.

Every once in a while, Florida Man does something great. I live about 20 minutes from "Gatorland". It's an awesome old time, old Florida place that has become a refuge for rescued alligators. It's campy and cool, educational and environmentally conscious all at the same time. I love the way that they decided to handle social distancing and the mask requirement: 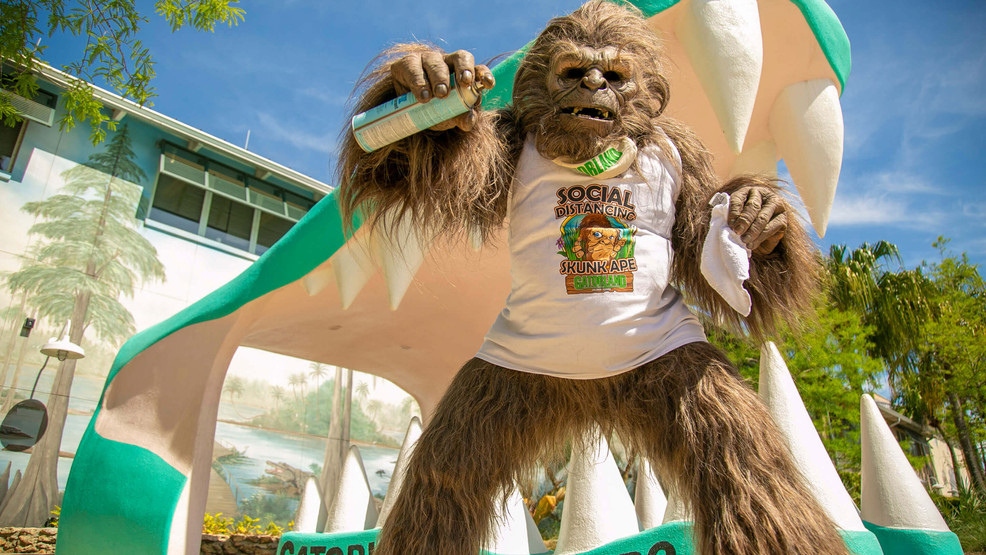 ORLANDO, Fla. (WPEC) – Gatorland, the Alligator Capital of the World, is using a hilarious and ridiculously Florida video promoting the tourist attraction and reminding visitors to keep to social distancing guidelines and use hand sanitizer. The marketing video starts off with a pig-tail...

It's just SO Florida.

If I wasn't in a high risk group, I'd probably make a trip there today.
Reactions: Innula Zenovka, Romana, Dakota Tebaldi and 4 others

Security cameras caught Matthew Crandall on video trashing Miramar High School. He wore only a hat and headphones while smashing computers and televisions, Miramar police said in a tweet.

The video showed Crandall broke into the school around 7 a.m. Monday. He caused flooding in hallways and vandalized classrooms, walls and hallways throughout the school in Broward County, police said.

A school custodian discovered the damage, which was estimated at about $100,000, police said.
Click to expand...

Why is it that in Florida, they are always naked when they do crazy shit? Maybe it is the heat that cooks peoples brains. Or the Tampa Triangle, or something.
Reactions: Roxanne Blue, Tirellia, Kalel and 1 other person

Should have this on Florida license plates:

Rose Karuna said:
Why is it that in Florida, they are always naked when they do crazy shit? Maybe it is the heat that cooks peoples brains. Or the Tampa Triangle, or something.
Click to expand...