It would be Florida, wouldn't it?

Romana said:
It would be Florida, wouldn't it?

I knew it was only a matter of time before some neanderthal tried to use that as a defense in a sexual assault case. Thanks, Trump!
Reactions: Han Held, Rose Karuna and Brenda Archer 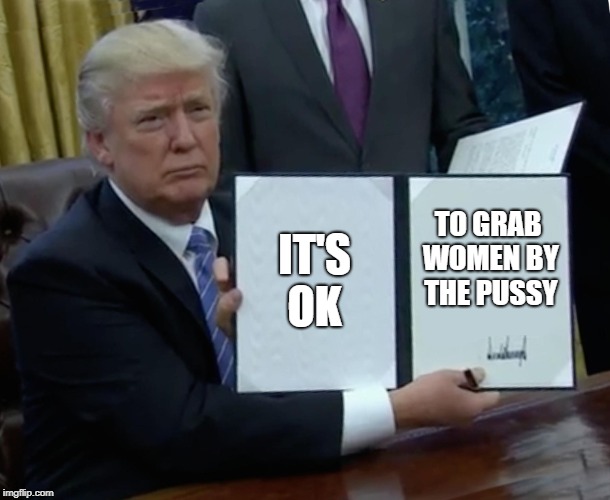 Florida mayor David Stewart allegedly told a constituent that he’d install speed bumps on her street in Lantana city in exchange for sexual favors, according to a Florida Commission on Ethics filing cited by the Palm Beach Post.
Click to expand...

Would the sexual favors happen *on* the speedbumps?
Reactions: Rose Karuna and Brenda Archer

Free said:
Would the sexual favors happen *on* the speedbumps?
Click to expand...

There is no better headline to describe our times.
Reactions: Pamela, Rose Karuna, Brenda Archer and 2 others

Florida Man Dressed as Fred Flintstone Gets Pulled over for Speeding
Reactions: Cristalle, Rose Karuna, EmpressOfCommunism and 5 others

For His Eyes Only! Florida motorist, 70, uses James Bond-style gadget which rolls down to shield his license plate from toll cameras
Click to expand...

His mistake was covering the whole plate. Should have just stuck some bits of tar on it to alter the number, and if questioned say it must have been highway debris.
Reactions: Cristalle, Rose Karuna, Kalel and 1 other person

Woman allegedly pulls knife on man who confronted her about her loud fart
Reactions: Cristalle, Brenda Archer, Pamela and 1 other person 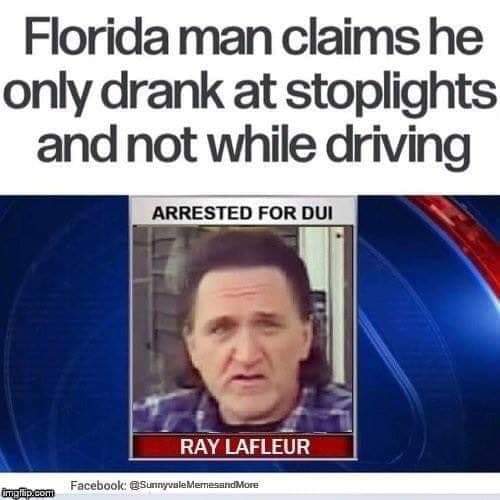 Back to the Florida Man

A man who told police he wanted to "time travel" crashed his Dodge Challenger into a a strip mall on North Davis Highway in Pensacola earlier this week.

The vehicle sped through the traffic light at the intersection of North Davis Highway and West Fairfield Drive at approximately 10:50 a.m., and traveled through the front entrance of Advance Tax Services. The car barreled through the center of the building, coming to a stop outside the double doors at the building's rear entrance.

The driver, who has not been identified, was uninjured, but was taken to a local facility for evaluation. Charges have not yet been filed, according to a press release from the Pensacola Police Department.

Sgt. Martez Lawrence said no one was inside the building at the time of the accident.
Click to expand...

Honestly, I just can't imagine what posses people to do shit like this. Not even in my most drunken moments would I consider it!