A little less hatred for this? Or is it a case of efforts that come too late?

Facebook has announced it will remove all content on its platform that “denies or distorts the Holocaust.” The company says this expansion of its hate speech policies is a response to what it calls “the well-documented rise in anti-Semitism globally and the alarming level of ignorance about the Holocaust, especially among young people.” Facebook has previously faced strong criticism for letting Holocaust denial content spread freely on its platform.

In addition to removing content that denies or distorts the Holocaust, the company says that, starting later this year, it will direct anyone searching on Facebook for terms related to this topic to “credible information” supplied by third-party sources.
Click to expand...

Free said:
A little less hatred for this? Or is it a case of efforts that come too late?

It is so inexcusable they waited this long. One third of young Americans don't believe in the holocaust precisely because of this kind of sanctioned hate speech. They trust Facebook and are so easily led down false paths.
Reactions: Ashiri, Erich Templar and Govi

It is a good move; but not less hatred because as Eunoli points out it's a case of fixing the barn door after the horses have bolted and the damage from Facebook having allowed it for so long isn't stopped by this new policy, but is still compounding.

With CEO Mark Zuckerberg's blessing, Facebook tweaked its newsfeed algorithm in 2017 to reduce the visibility of left-leaning news sites in an attempt to dispel claims that the platform had an anti-conservative bias.
gizmodo.com

When Facebook tweaked its newsfeed algorithm in 2017 to reduce the visibility of political news, the company’s engineers intentionally designed the system to disproportionately impact left-leaning outlets, effectively choking off their traffic in the process.

According to a Wall Street Journal report this week, Facebook bigwigs at the time were concerned about how these changes would affect right-leaning news outlets and wanted to avoid adding fuel to critics’ argument that the platform has an anti-conservative bias. However, in its attempt to appear unbiased, the company evidently overcorrected (which it has a history of doing). Facebook’s engineers overhauled the update to affect left-leaning sites more than previously planned, and CEO Mark Zuckerberg himself OK’d the redesign, sources told the Journal. The changes weren’t aimed at any particular outlet, the company later said.
Click to expand...

If Zuck weren't such a giant douchebag, he'd create an algorithm that would try to reverse the little bubbles of like thinkers into which we all put ourselves to the detriment of society. But there's not such any easy path to riches for such public minded behavior, so that public service path will remain the path not taken. Until we force him into it. Turn Facebook into a publisher, legally, and make it legally responsible for the things it publishes just like other publishers.
Reactions: Sid and Aribeth Zelin

Govi said:
If Zuck weren't such a giant douchebag, he'd create an algorithm that would try to reverse the little bubbles of like thinkers into which we all put ourselves to the detriment of society. But there's not such any easy path to riches for such public minded behavior, so that public service path will remain the path not taken. Until we force him into it. Turn Facebook into a publisher, legally, and make it legally responsible for the things it publishes just like other publishers.
Click to expand...

One of the problems I've seen is that media talking heads are conflating individual sites [like FB] with 'The Internet'. And trying to explain why declaring the internet a publisher is a bad idea, and why it is feasible to actually do it site by site.

ETA: She shushed me, because obviously some old white dude knows more than me.

Govi said:
If Zuck weren't such a giant douchebag
Click to expand...

It’s never the good ones who want to ban Facebook.
gizmodo.com

Last week, the Solomon Islands Cabinet approved a ban of Facebook in the island nation of about 650,000 people. At the time, the country’s Minister of Communication, Peter Shanel Agovaka, told the press that the ban was needed because government officials were being victimized by “abusive language” and “character assassination.” On Monday, Prime Minister Manasseh Sogavare addressed the Solomon Islands Parliament to further his case for a ban.

According to the Solomon Times, Sogavare was upset and complained that, “people have been defamed, the users who use false names, and people’s reputation that have been built up over the years have been torn down in a matter of minutes on Facebook.” The Prime Minister went on to say that the government once had to intervene in a case of ethnic abuse on the social network. “We have [a] duty to cultivate national unity and the happy coexistence of our people,” the nation’s leader said, according to Australian ABC.

While Facebook has been credibly accused of aiding ethnic cleansing in Myanmar through its rush to establish itself in the country and a failure to understand the cultural conflicts of the region, critics say that the situation in the Solomon Islands is more about its leaders being uncomfortable with criticism.
Click to expand... 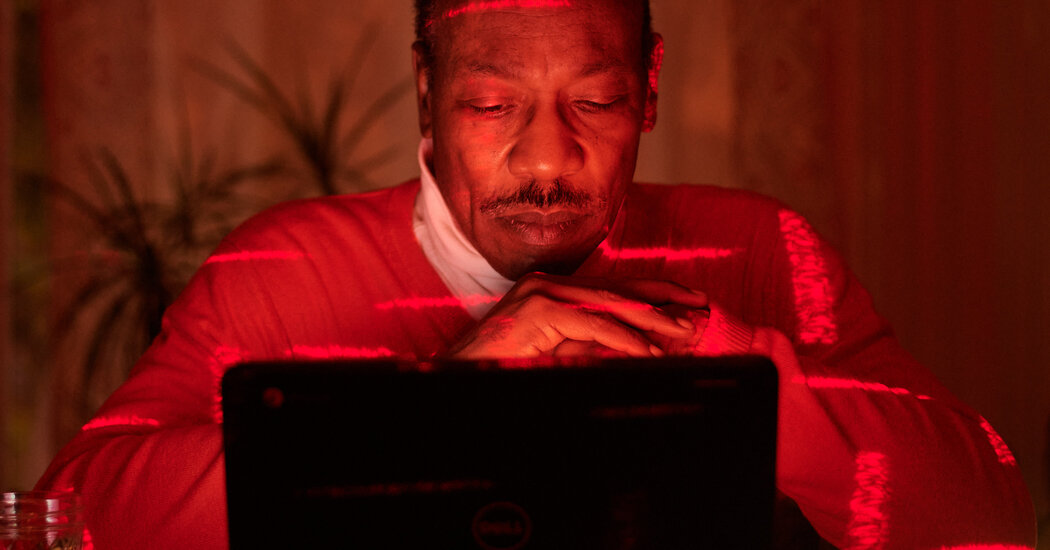 Many Americans’ feeds are nightmares. I know because I spent weeks living inside two of them.

I just can’t social media anymore. All accounts. Got rid of Facebook, Skype and others are to go soon
Reactions: Clara D., Govi, Kamilah Hauptmann and 1 other person

I'm out of the social media for more than 2 years now and I don't have the feeling that I miss very much.
The only Facebook and Twitter that I read is when a news site gives a link in an interesting article, or if someone posts an interesting, adorable or funny link here on VVO.
And family contacts? I have less troublesome conversations since I banned Suckerberg's junk pile.
And besides, I never was really interested in the 247th picture of the dog from one of my nieces, and I was never totally impressed to read where one of my cousins in the US ate her lunch today.

I kinda have to do some faceboop because of my business [which is on hiatus]. I'm irked because it decided to undo where I blocked stuff from my trumpet cousin, but with a lovely facebook ad blocker, I actually see the stuff I want, when I think to go over to that tab to look.

I hate that I need to special things just to disable some of the worst Faceboop stuff though.

But I rarely check any of the various social media even when I'm actively running things. 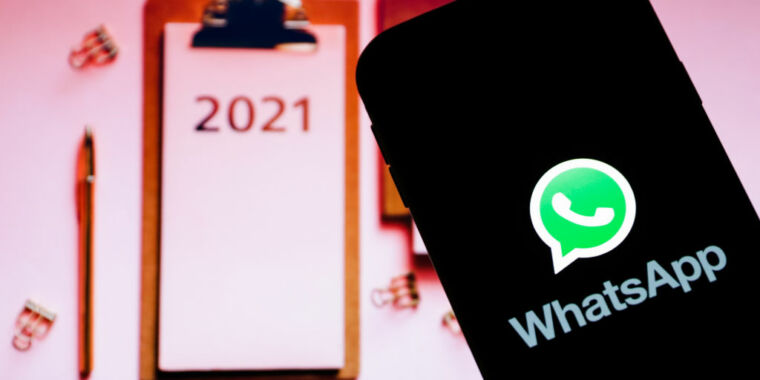 WhatsApp, the Facebook-owned messenger that claims to have privacy coded into its DNA, is giving its 2 billion plus users an ultimatum: agree to share their personal data with the social network or delete their accounts.

The requirement is being delivered through an in-app alert directing users to agree to sweeping changes in the WhatsApp terms of service. Those who don’t accept the revamped privacy policy by February 8 will no longer be able to use the app.
Click to expand... 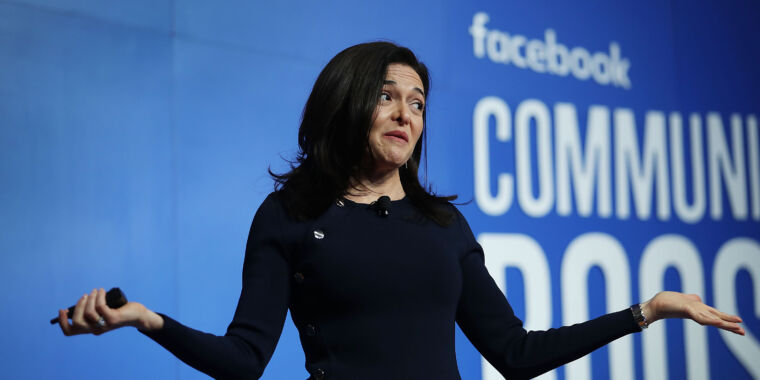 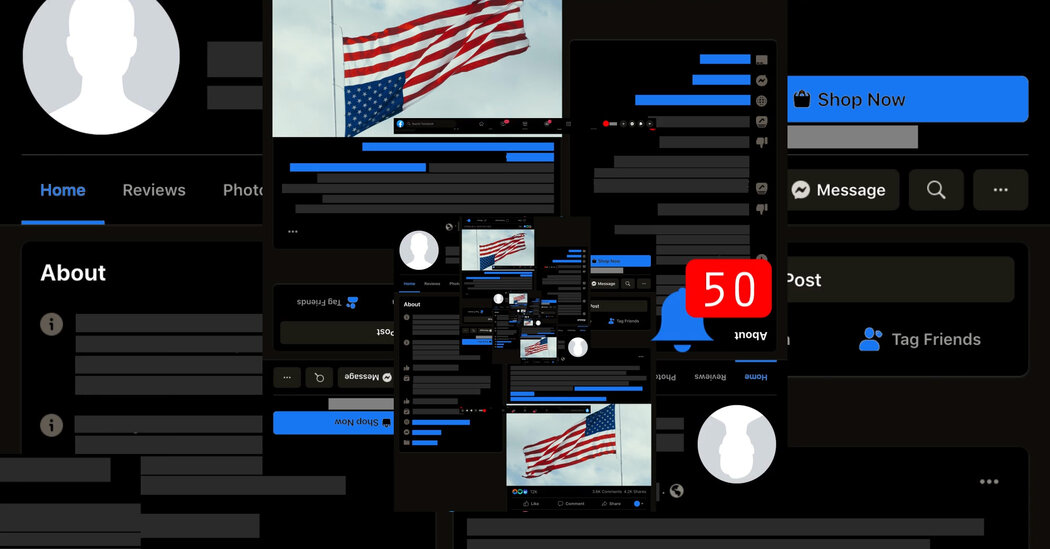 Opinion | They Used to Post Selfies. Now They’re Trying to Reverse the Election.

Essentially, if you're on Facebook posting selfies and pictures of your cat, and then happen to post your doubts about the election result, Facebook's algorithms will reward you with a lot more traffic and engagement.

People then react to that positive reinforcement by posting more of the same, and that brings more rewards, in the form of more engagement and followers, all the way down the rabbit hole...