I suffer from it, so now there's a thread.

It IS a toilet.

A few months ago once I started publishing things I've made using Blender using a Facebook account - one of a few different social media accounts I decided I had to start in order to build a web presence. The Facebook account does not use my actual legal name, but rather a close-sounding pseudonym. It also contains absolutely NO job, school, or past location information and I have connected with no RL friends or family through it. I post content to the Blender groups I have joined, and that is it. My profile has links to my same-purpose, same-name Twitter account, and I'll eventually put my art blog or webpage link there; but aside from that, that's it.

And you know what? I still get "suggested connections" to people I know in RL once in a while. Freaking HOW? Because Facebook is Internet Satan, that's how.
Reactions: Mona Eberhardt, Roxanne Blue, Beebo Brink and 5 others

I hate Facebook because my family is on it. I’m not even joking. I can’t unfriend them because it just causes more drama, but I’ve unfollowed most of them so I don’t get posts about JayDub potlucks or whatever the fuck the Mormon wing is up to. Never mind my crack head cousin who is in constant need of money. My other cousin who only dates strippers and regularly posts pictures of them ugh... rehearsing I guess? Then my mother, bless her, who feels morally obligated to react to and respond to every. Single. Thing. any of the 100 or so people she follows posts. Mom, posts aren’t wedding gifts, you don’t need to send a handwritten thank you card for each. Heaven forbid I post something, or hell if I click like on a picture my brother posted of his kids, she .... texts me! To say she saw that I liked one of my brothers pictures and I’m a good sister.
Reactions: Roxanne Blue, Beebo Brink, Anouk and 13 others

I deleted my FB account over a month ago.
Total crap: They decide from whom you see what and what not .
No thanks.
Reactions: Caete

Facebook kicked "Argent Stonecutter" off. Maybe I shouldn't have used a depressed otter as my avatar.
Reactions: Roxanne Blue, Beebo Brink, Romana and 5 others

I hardly ever used Facebook -- I only joined because of scattered family members who regularly posted there. But I loathed FB so much that I finally pulled the plug on it a few months back and deleted my account.

I've been using facebook recently for keeping in touch with coursework and the classes I'm doing. Once the course is over my present fb identity will be deleted. It's too intrusive.

Dakota Tebaldi said:
And you know what? I still get "suggested connections" to people I know in RL once in a while. Freaking HOW? Because Facebook is Internet Satan, that's how.
Click to expand...

Can they be making the connection by the email/phone details you provided when setting up the account?
Reactions: Anouk, Cristalle, RodeejahUrquan and 1 other person

A few months ago my ex SL partner suddenly called me by my full real name (we are now on good terms, and I actually trust him, but - I was honestly shocked). All he used to know was my first name and my nationality. But Facebook had recommended me as friend. And when you know only one person with a certain first name from a certain country, it's pretty easy to guess who that is. I never used facebook, but unfortunately I once created that real name account. I never use my RL name for any online contacts. Years ago he gave me an email address, which I only contacted twice, from another email account/name that shouldn't be connected to facebook or to my real name. The only other contact we had was on skype - again, using SL names.
I hate facebook.
Reactions: Romana, Lex, GradyE and 6 others

Innula Zenovka said:
Can they be making the connection by the email/phone details you provided when setting up the account?
Click to expand...

Because Facebook insists on concealing the methods and data it uses to link one user to another, Leila is not able to find out how the network exposed her or take steps to prevent it from happening again.
Click to expand...

Another issue - when you search somebody's name on facebook, you apparently fall automatically into the "suggest as friend" category, too. Means, you should not look up anyone who you don't want to know your real name or your interest in them. That includes possible stalkers, abusive ex partners etc. And maybe some of those sex workers might have looked up their clients for security reasons, too.
Reactions: Essence Lumin, RodeejahUrquan, GradyE and 3 others

I only use my FB account to chat to a few co-workers while working. I work at home and I don't like chatting on our work messenger cause management does read our chats so I leave those chats neutral. if I have to vent or complain while working I will do it thru messenger on FB. Management is missing out on all the juicy stuff that is for sure! I never update my status, post pictures, or even post things to my wall.

Created an account with a fictitious name way back when it was the only way into Cloud Party, it failed to impress me much and I can't even recall the name of that Facebook account. So far nothing else has come up that would require me to have a Facebook account and I really hope it continues that way. 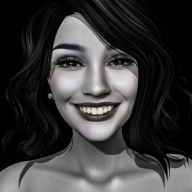 Most of my family members and friends are on it so it is the primary way in which I stay in touch with everyone now that I live overseas. I also meet new people there, find work, and other opportunities. From a business perspective, it can be important. And my day job involves social media management.

There are lots of ways in which Facebook finds info about you. We don't know all of them, but here are a few:
Yah, so many problems with this, including the fact that you don't have to be on Facebook for Facebook to have information about you.
Last edited: Sep 28, 2018
Reactions: Raindrop Drinkwater, Aribeth Zelin, Rose Karuna and 4 others

There's another thread on this, but it adds to the hatred, so...

Facebook reset logins for millions of customers last night as it dealt with a data breach that may have exposed nearly 50 million accounts. The breach was caused by an exploit of three bugs in Facebook's code that were introduced with the addition of a new video uploader in July of 2017. Facebook patched the vulnerabilities on Thursday, and it revoked access tokens for a total of 90 million users

In a call with press today, Facebook CEO Mark Zuckerberg said that the attack targeted the "view as" feature, "code that allowed people to see what other people were seeing when they viewed their profile," Zuckerberg said. The attackers were able to use this feature, combined with the video uploader feature, to harvest access tokens. 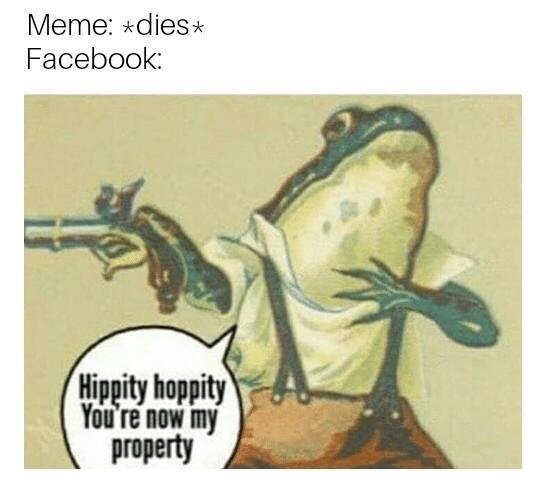 Most of my family members and friends are on it so it is the primary way in which I stay in touch with everyone...
Click to expand...

I swallow the bad -- and dear god, there's such a lot of bad -- because I rely so much on FB for maintaining contact with people in my life. I'm socially isolated, living nowhere near friends or family, and I've never managed to make connections locally. FB has strengthened my ties to family in another country, and renewed old friendships that had faded with time and distance. I've finally, warily, even connected with co-workers (carefully shielded from my political posts).

If I were a different kind of person -- more sociable and extroverted, adept at creating relationships -- then FB probably wouldn't be that useful. As it is, however, it's filled a gap that has existed for decades and provided some bridges.

But that doesn't stop me from hating FB, and especially Zuckerberg. They're exploiting that need with a rusty screwdriver.
Reactions: Roxanne Blue, Anouk, Cristalle and 11 others

I think I've mentioned before that reading "The Shockwave Rider" heavily influenced the way I approached linked computers, let alone the Web. The idea of leaving a minimal digital trace appealed to me, maybe just from having read all those James Bond stories. It's stuck with me ever since. It for sure was with me when Facebook came out. My initial (and, frankly, continued) reaction to the idea of putting your personal contact info on the Internet at large was, "Are you NUTS?". So I've never used it.

I've read elsewhere about the issues Oliver's talking about; it's happening in India, too. It's dangerous as hell. It's over-the-back-fence gossip, and hateful gossip at that, considered as news. By millions of people.
Reactions: Lexxi, Brenda Archer and GradyE
Show hidden low quality content
You must log in or register to reply here.
Share:
Facebook Twitter Reddit Pinterest Tumblr WhatsApp Email Link
Top Bottom