bubblesort said:
If you can't earn votes because another democrat is in the race, then you don't deserve votes. Warnock looks like just another lazy bum who wants to bully people so he doesn't have to campaign, just like all the rest of the establishment-endorsed lazy bums running for office this year, like McGrath. I haven't been following this contest too closely, but his wikipedia page says he's endorsed by Gillibrand, Corey Booker, the SDCC, and Obama which means that Warnock will be an opponent of medicare for all. If you can't get behind medicare for all, you don't get my support. Liberman does not have that problem.

So he's just another lazy bum, in politics more to fleece donors than to change anything, so Warnock doesn't deserve a senate seat. Liberman is doing the right thing to not let Warnock bully him. We need more progressives to stand up to assholes like Warnock.

If you really are concerned about winning so much, though, then why doesn't Warnock leave so LIberman can win? Spoiler theory cuts both ways.
Click to expand...

Oh, to be so young and idealistic.

Recent poll out on South Carolina, Showing Harrison ahead of Graham, 45% to 43%. It's within the poll's margin of error (+/-4.0%), but definitely shows that Harrison has the momentum right now.

A new CBS News Poll has Harrison down by 1 point (44% to 45%), and the last Quinnipiac poll has them even at 48%, though it's almost a few weeks old now. But in all, Harrison continues to look good, and Graham like 3 day old cottage cheese.
Last edited: Sep 28, 2020
Reactions: Katheryne Helendale, bubblesort and Cristalle

Quinnipiac released their first poll of Georgia. Biden is looking good right now against Trump (50% - 47% likely), but the real story is the senate races.

When I mentioned the last Monmouth poll I called Ossoff already buttered, but Quinnipiac has him virtually in a dead heat with Perdue (49% - 48%). And the Loeffler, Collins, Warnock tie-up is off the hinges, with Warnock getting 31% of likely voters while Loeffler and Collins are stuck back in the low 20s. Lieberman has fallen to single digit support.

Again... fuck Amy McGrath, and fuck her endorsers, as well, including Schumer. 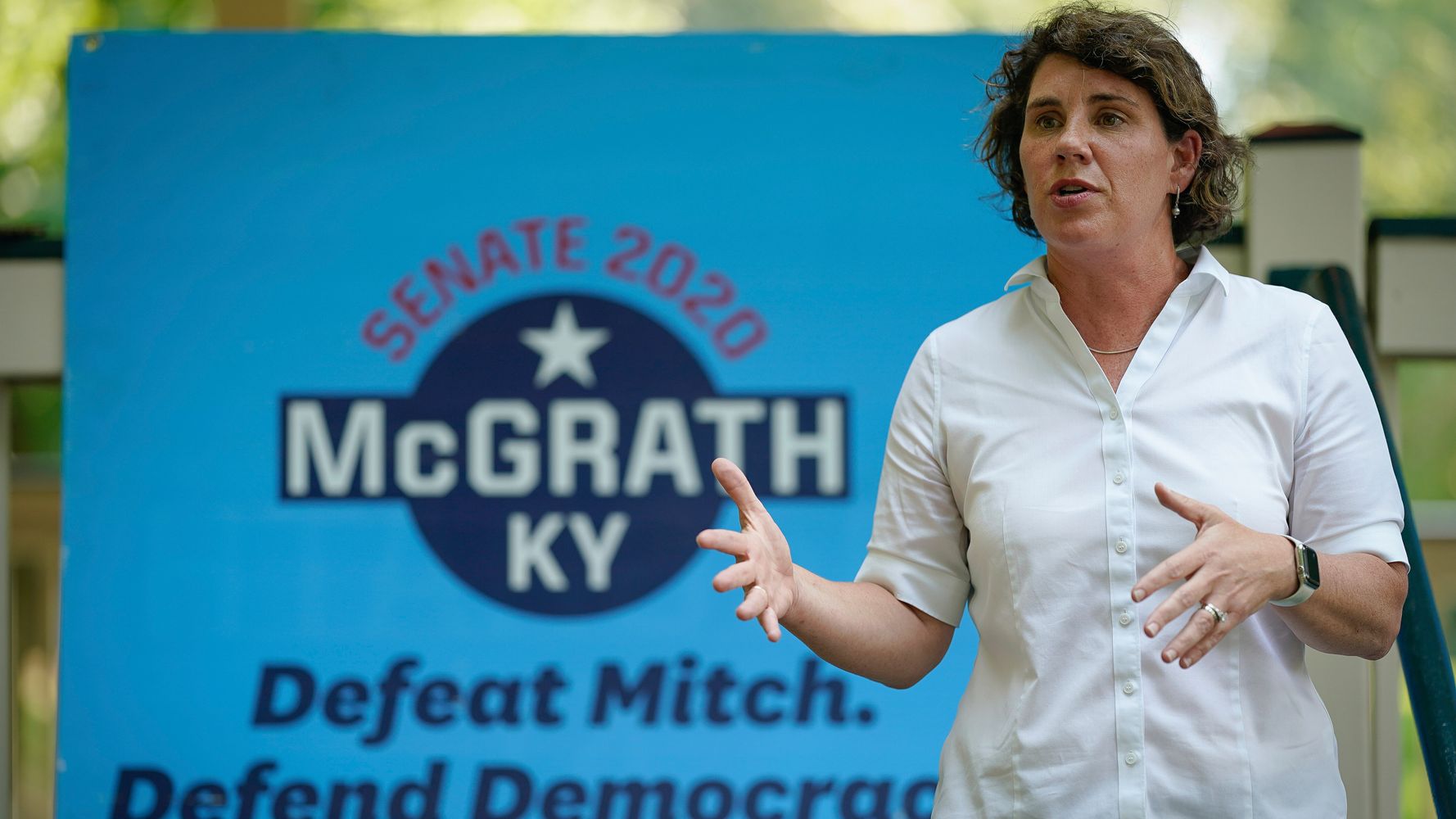 I find it difficult to believe that she wouldn't have cleared this with the Biden campaign first, though -- it's always going to be a problem that TV stations' reception areas don't respect constituency boundaries, after all. 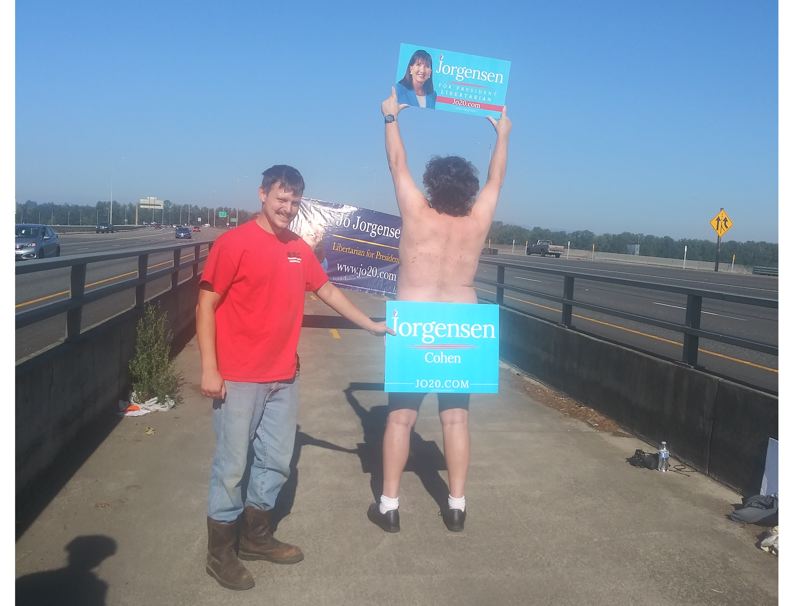 Oregon Libertarians bared a lot more than just their arms during a rally spurred by the lack of media attention to the third party this election cycle.

Dye admitted the rally was a naked bid for attention, but said that any shame belongs to the media, not those brave enough to walk “buck naked in order to change our country from what Republicans and Democrats have conspired, colluded and cooperated in turning it into, to the place we want it to be.”
Click to expand...

bubblesort said:
If you can't earn votes because another democrat is in the race, then you don't deserve votes.
Click to expand...

You don't know how elections work, do you?

Argent Stonecutter said:
You don't know how elections work, do you?
Click to expand...

I think he understands perfectly well how they work, and that's why he wants to see the Democrats split their vote.
Reactions: Cristalle, Katheryne Helendale and Ryanna Enfield

If Mitch is bitching, they must be doing a real good thing.
Reactions: Ryanna Enfield, Innula Zenovka and Katheryne Helendale 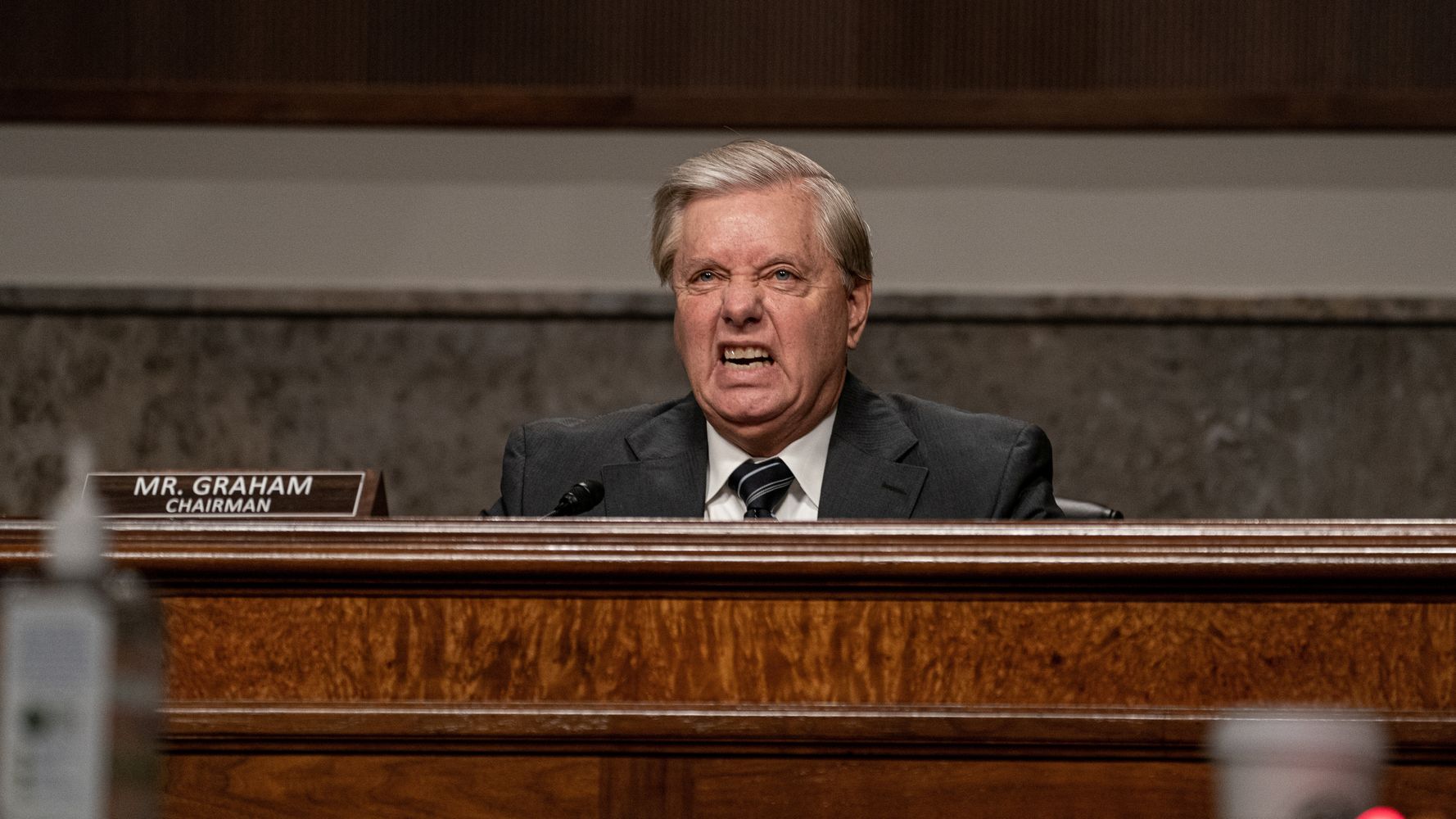 Democratic challenger Jaime Harrison asked that Graham take the test before their second debate after news broke that Graham had been in close proximity to Sen. Mike Lee (R-Utah), who announced last week that he tested positive for the coronavirus.

Instead of a debate, the two candidates agreed to do separate televised interviews Friday night. Harrison’s spokesperson, Guy King, told The Greenville News that the campaign was “disappointed that Lindsey has failed to take a simple coronavirus test.”
Click to expand... 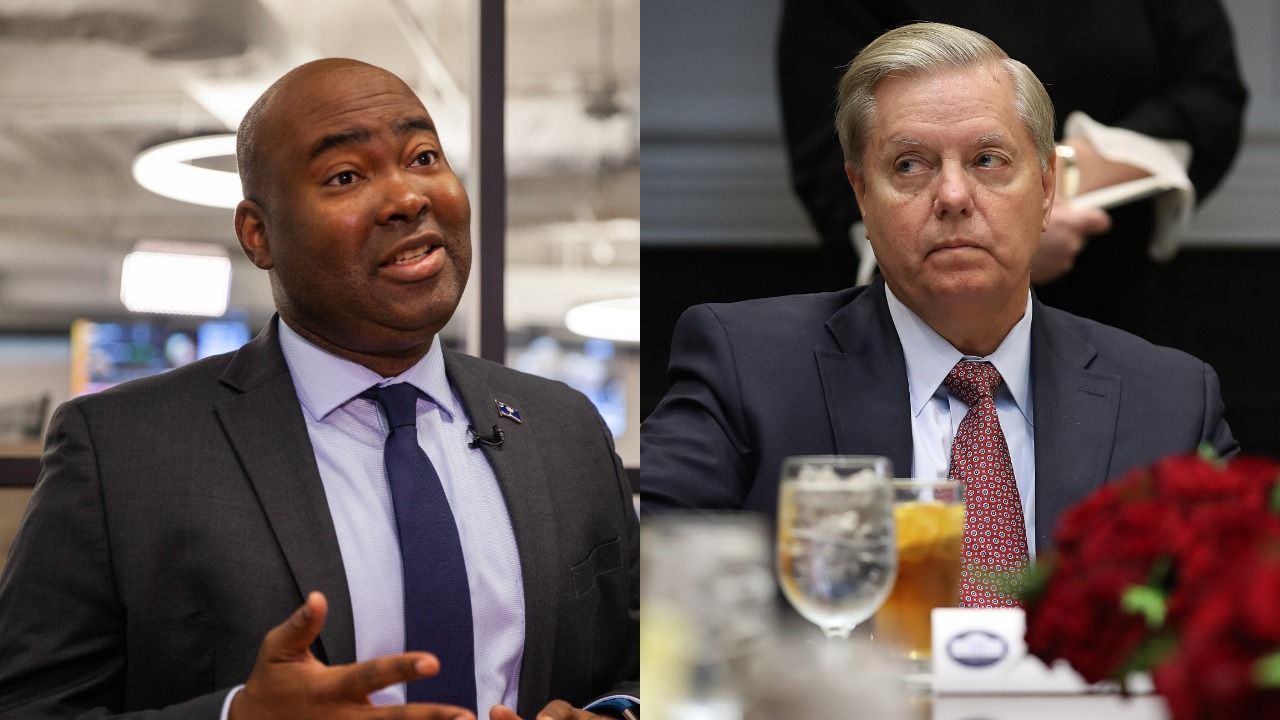 Why it matters: Harrison's massive fundraising hauls have fueled his run to unseat Sen. Lindsey Graham, a close ally of President Trump who is now facing the most competitive re-election race of his career. The outcome of the South Carolina contest could be pivotal in determining control of the Senate.

The state of play: Recent polling has indicated that the race is virtually tied. Graham and Harrison both received 48% of the vote in a Quinnipiac poll published in September.

By the numbers: Harrison's campaign said it received 1.5 million donations from 994,000 donors, with an average of $37 per gift. The campaign has raised $86 million total this cycle.
Click to expand... 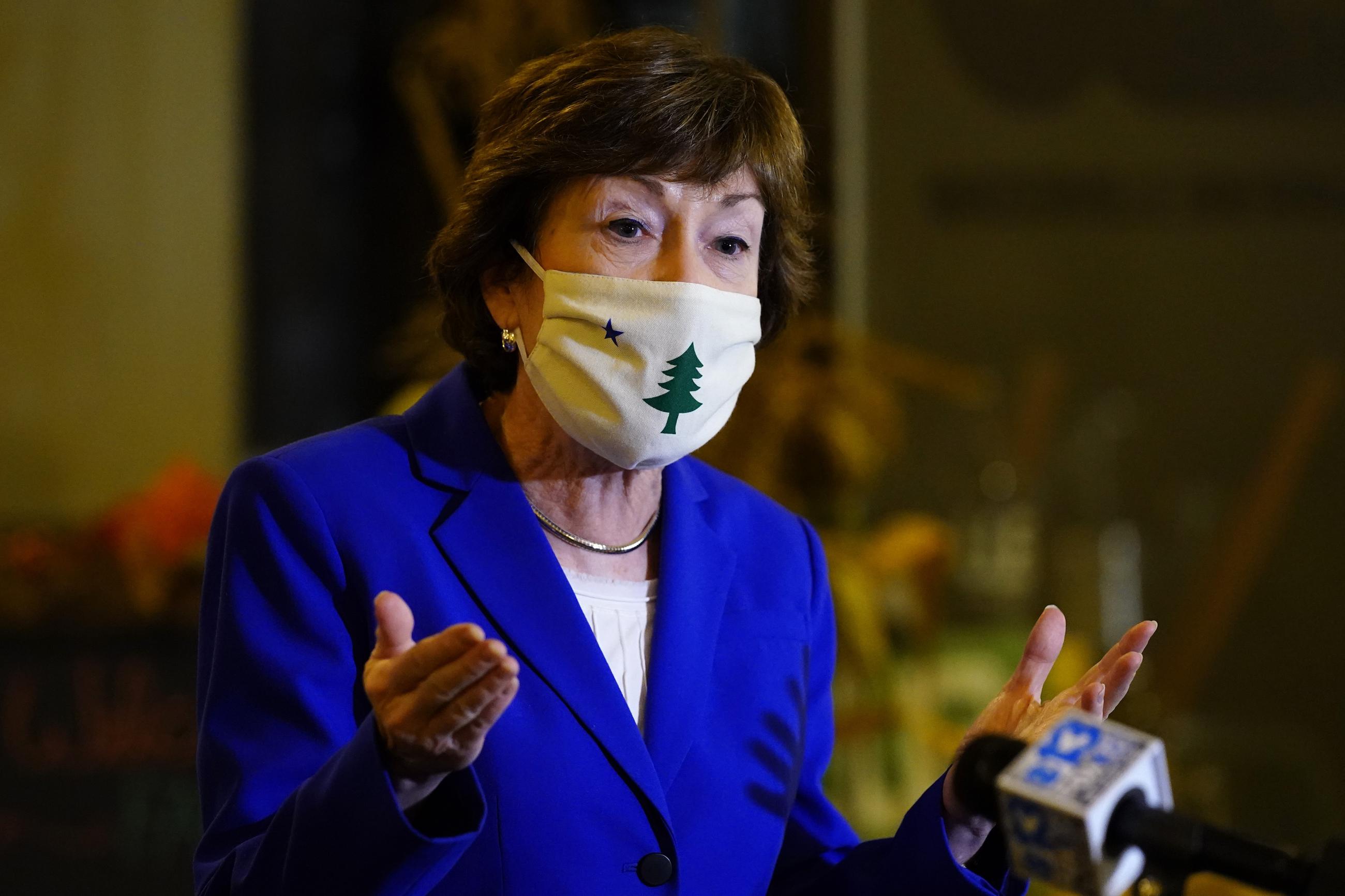 GOP officials are preparing for a Democratic blowout, and they are furiously trying to salvage red-state races in the homestretch.

In the final stretch of the campaign, many Republicans will portray themselves as a check against a future Democratic government, but their own past partisanship will make it difficult to sell that pitch convincingly. Their best chance to salvage a narrow Senate majority is in North Carolina, where a late-breaking Democratic sex scandal has upended the race. But even if Democrats self-destruct in North Carolina, Republicans will still need to hang onto a growing roster of too-close-for-comfort red-state races in which Democrats are running strong, well-funded campaigns.

Here’s the grim reality for Republicans: The GOP path to holding the majority is narrow, even with the late-breaking sexcapades of North Carolina Democrat Cal Cunningham. Republicans are pessimistic about their ability to hold onto seats in Colorado, Arizona, and Maine, where the anti-Trump political environment has overwhelmed Republican incumbents.
Click to expand...

Georgia is looking even better:

Biden Is Ahead In Georgia, But It Is Too Close To Call In Ohio, Quinnipiac University Poll Finds; Democrats Lead In Both Georgia Senate Races

GEORGIA: OSSOFF VS. PERDUE said:
Today, Democrat Jon Ossoff leads Republican incumbent Senator David Perdue 51 - 45 percent, while 3 percent are undecided. This compares to a virtual tie in late September when Ossoff had 49 percent and Perdue had 48 percent.
Click to expand...

Likely voters give Warnock 41 percent of the vote, a jump of ten percentage points since late September when he received 31 percent. Republican Doug Collins gets 22 percent, which is unchanged from September, and Loeffler gets 20 percent, compared to 23 percent in September.
Click to expand...