I have watched the video, read a few Reddit threads and news articles, but as a non American I’m not sure if these terms like treason, sedition and coup are internet hyperbole or legit.

More terrifying are those saying this was the dress rehearsal for tomorrow.

For real, how bad is this? And more importantly can this happen to Biden? Refusing to acknowledge voting results?

Edit to add one of the links and videos.

Shiloh Lyric thinking of you. I know how hard you work on this.
Reactions: Shiloh Lyric

My non expert take is first - Treason is a crime. However no one has been convicted of it since 1952.
Sedition is on the books but from what I can tell, the only people convicted of it in modern times were people involved in mixing explosives shortly after the World Trade Center bombing in 1993.
Attempting to commit a coup isn't a legal word. That would be treason.

As for refusing to acknowledge voting results, there is no way they have the numbers for that to be a problem. It will however force all of them to display a vote showing their support for orangey or for democracy. That includes Pence.
Reactions: Myradyl Muse and Pancake

The situation remains unresolved at this point.

The Republicans are acting like spoiled brats, as usual. Their guy lost by 69 votes, the results were certified, challenged, and upheld in court. They have appealed to the Federal Courts, and that is their whole basis for the chaos yesterday. They demanded that no one be sworn in for that seat until the appeals process is finished. They even had made an agreement prior to yesterday's session to provisionally seat the Senator, which they promptly went back on. At this point, Republicans cannot be trusted even with a dog catcher position anywhere in this country. It's insane.
Reactions: Pamela, Monica Dream, Myradyl Muse and 7 others

Sounds like this will get resolved in the courts again. May take a while, but it will just piss off voters for next time.
Reactions: Archer, Katheryne Helendale, Ryanna Enfield and 6 others

It's not good, and I'm highly pissed off. I've already talked to my state Senator's office and let them know how freaking OUTRAGED I am by this action on the part of our Senate. I'm not surprised by it. And I'm really pissed by what they pulled with Lt. Gov Fetterman. No one should be messing with John! Unfortunately, Republicans have control of our state Legislature. Senator Brewster SHOULD have been seated, and in the highly off-chance his opponent's lawsuit succeeds, he had already agreed to step down. Her suit WON'T succeed, and ultimately, he'll be seated.

I doubt the same thing could happen to Biden. The Federal Congress isn't controlled by Republicans. Only one chamber is and that's the Senate, and despite the dozen who plan to "object" to the Electoral vote count, they will ultimately vote to confirm Biden. It's a show for Trump and a play for his base from some Senators or Congress people who have designs on 2022 and 2024.

"Never Interfere With an Enemy While He’s in the Process of Destroying Himself" - Napoleon
Reactions: Fionalein, Pancake, Archer and 9 others

Meanwhile, in Washington, right-wing protestors have broken into the capitol building.

If a group of black men had done this, they would have been mowed down by the police. But white guys gets a pass, apparently, in mounting a violent coup.
Reactions: Govi, Archer, Shiloh Lyric and 12 others

Well, really, after claiming Colin Kaepernick was "disrespecting our troops", I expect nothing less of the Party of Stupid.
Reactions: Govi, Rose Karuna, Maggy Hazelnut and 4 others

No exaggeration. There would be blood running down the Capitol steps this moment if it was black people.
Reactions: Casey Pelous, Sean Gorham, Myradyl Muse and 3 others

What do those idiots in DC hope to accomplish by this? And this time, I'm not referring to our congress critters!

Lawmakers and reporters inside the building say they have been asked to evacuate, shelter in place and put on gas masks.

What the idiots try to achieve is connected with a self told prophecy by the Republicans: they told themselves if they do loose indeed this one election, that they will not be able to win any election in the future, because the Democrats will open the borders and masses of immigrants will flood the country.

In reality though they fear that the Democrats finally give voting power to the legal immigrants, which are traditionally anti GOP and have been sabotaged by the GOP since ages. Something which might happen.

And just look at this bunch of "American patriots" below, so many beards, they must be glad for the hipsters which made full beards not muslim exclusive in the public eye. 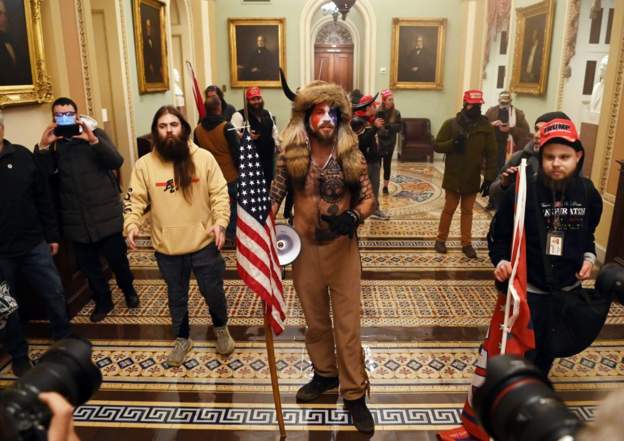 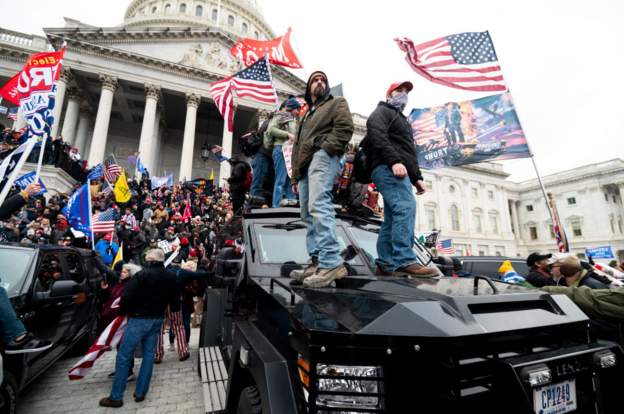 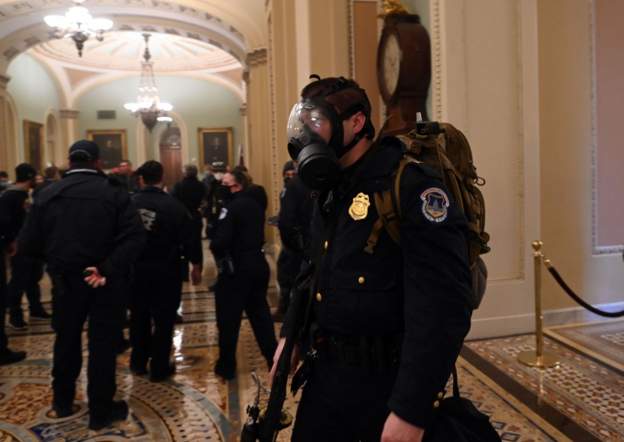 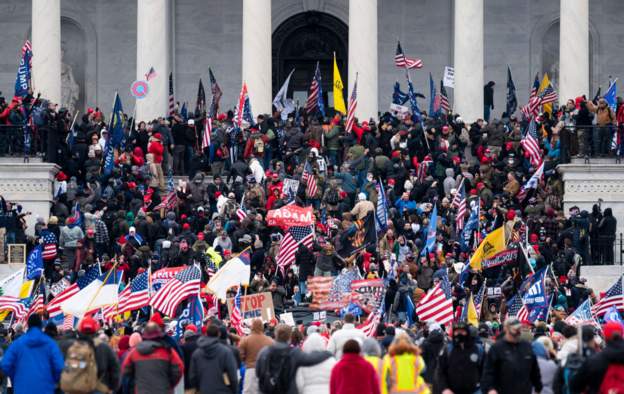 What in the actual fuck?? 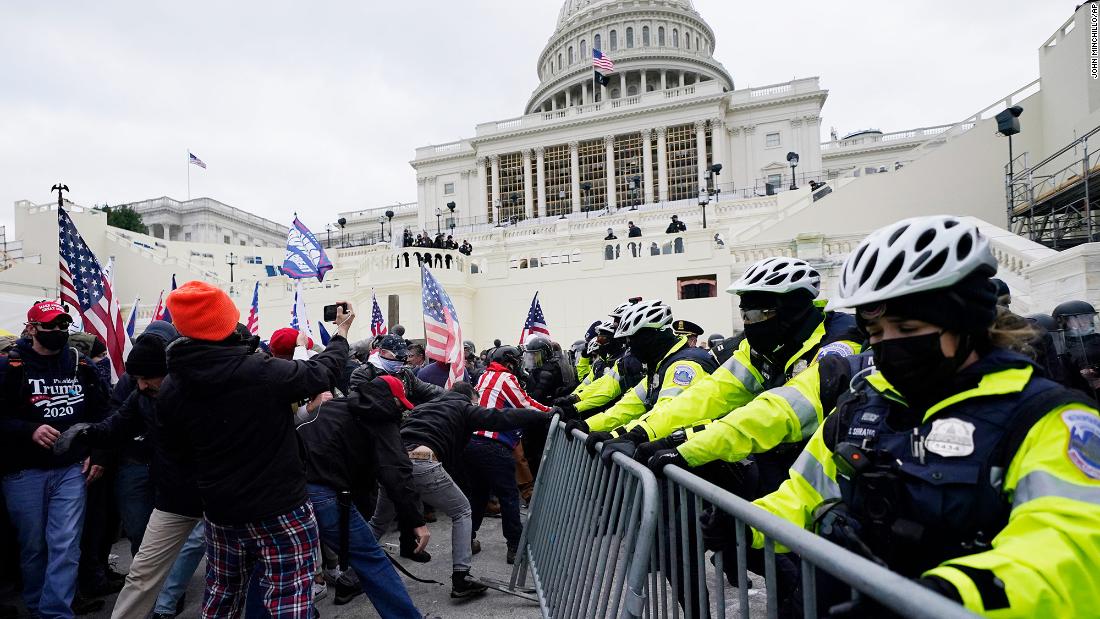 US Capitol secured, 4 dead after rioters stormed the halls of Congress to block Biden's win

The US Capitol is once again secured but four people are dead -- including one woman who was shot -- after supporters of President Donald Trump breached one of the most iconic American buildings, engulfing the nation's capital in chaos after Trump urged his supporters to fight against the...

Some video footage from inside the Capitol:

Does DC have a National Guard unit? I thought the Marines were the federal defense force in DC. Am I wrong?
Reactions: Rose Karuna and Kalel

They need to subdue and arrest these people. Shoot them if necessary. I had a gun drawn on me walking down the wrong hallway, looking for a restroom, in the Capital building and was pretty confident that they would shoot me if I didn't stop as instructed.
Reactions: Rose Karuna and Myradyl Muse
Show hidden low quality content
You must log in or register to reply here.
Share:
Facebook Twitter Reddit Pinterest Tumblr WhatsApp Email Link
Top Bottom