Innula Zenovka said:
What is the impact of internal climate migration US, I wonder? I know at least one person who has left California because their property was too much at risk from wildfires, and many people must have been displaced by all the floods and hurricanes hitting the South East, going all the way back to Hurricane Katrina in 2005.

ETA: I asked Google what the impact was, and found this, from 2018: 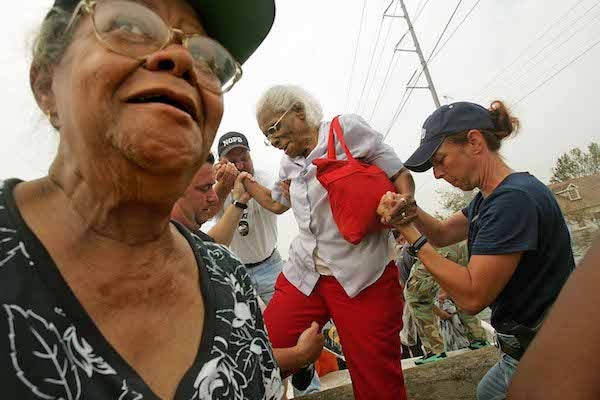 U.S. Cities Need to Plan for an Influx of Internal Climate Migrants

Migrations have already started in the face of droughts and hurricanes, and the situation is likely to get worse

The US population has been on the move since settlers first arrived from Europe. At first it was mostly westward, then from farm areas to the cities. Then large numbers of black people moved from the South to northern cities, to work in the factories. When air-conditioning became practical, large numbers of other people moved to the "Sun Belt" in a reverse migration. Several of my neighbors here in Atlanta are from New York City, like I am. So if people move back north a climate zone or two to get away from excessive heat, it's just one more migration in a country that has seen it before.

The other migration that has been happening is people moving to where the cost of living is lower. Coastal cities are relatively expensive as far as housing, food, etc. When Boeing moved me from the Seattle area to north Alabama, they gave me a 10% raise to induce me to move, but it was a 50% increase in effective income because the cost of living was so much lower.

danielravennest said:
So if people move back north a climate zone or two to get away from excessive heat, it's just one more migration in a country that has seen it before.
Click to expand...

Yes, and since the US has, in the past, seen several large scale migrations in the past, it will be aware that inevitably have social and economic consequences, particularly since, in this case, many people will be leaving because they have no choice and will place an increasing demand on the housing stock, on education and social services, and all the other resources of the areas to which they move.

I'm sure the US can cope with them, but change and disruption inevitably have consequences, whatever they may be.
Last edited: Jun 1, 2021
Reactions: Beebo Brink

Innula Zenovka said:
I know at least one person who has left California because their property was too much at risk from wildfires, and many people must have been displaced by all the floods and hurricanes hitting the South East, going all the way back to Hurricane Katrina in 2005.
Click to expand...

It doesn't matter where you go, there will always be severe weather and earthquakes, volcanos (Yellowstone), typhoons, something. The only way to escape it is to leave the planet.

There was good reason the coastal tribes didn't actually live directly on the coast (for the most part) and some mountains are considered sacred. It has nothing to do with religion and everything to do with surviving what the planet throws at us.
Reactions: Aribeth Zelin, Govi and Innula Zenovka 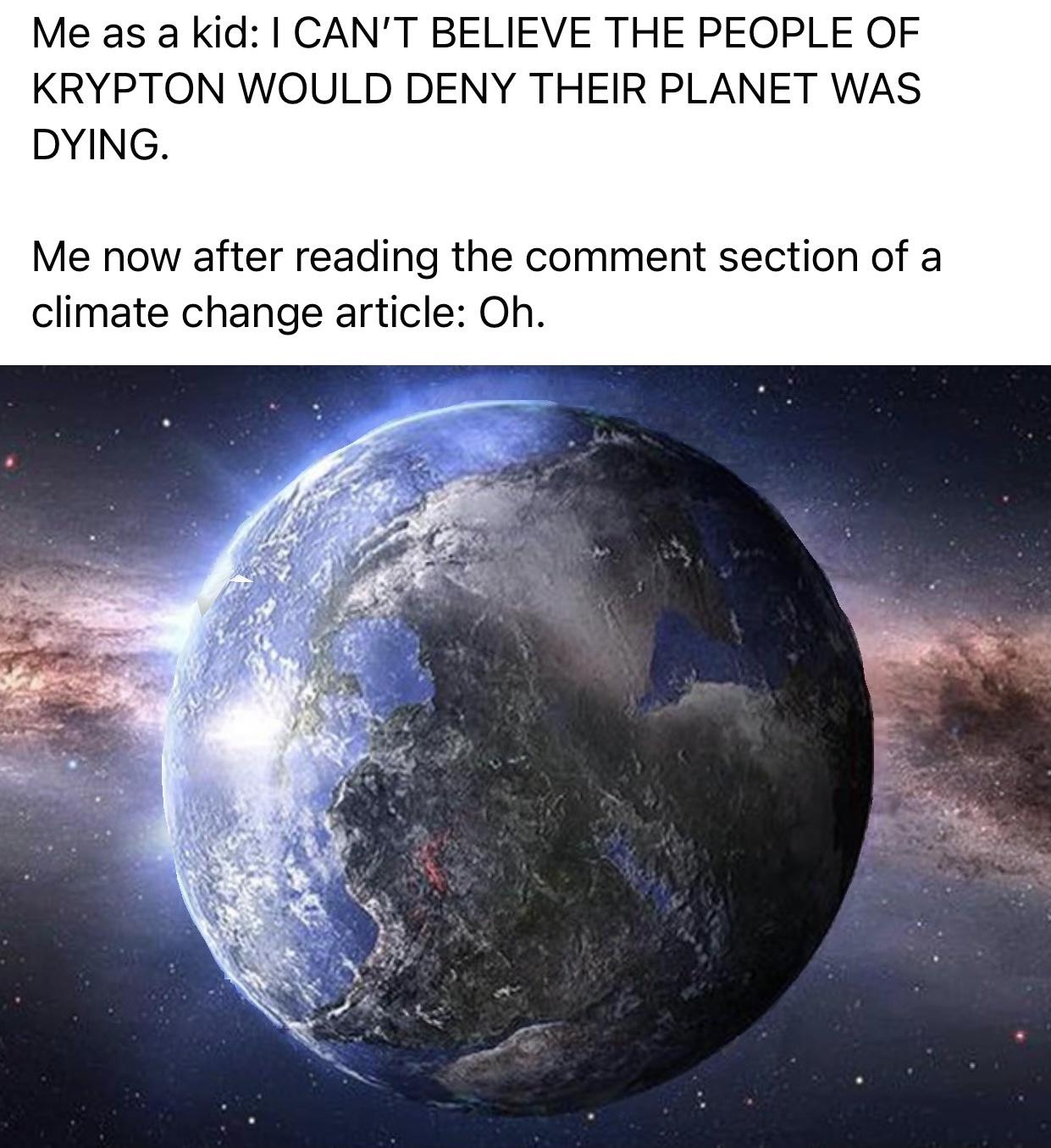 We tend to view the damage of climate change in apocalyptic terms, but it may be death by a thousand cuts. Here's one of them. 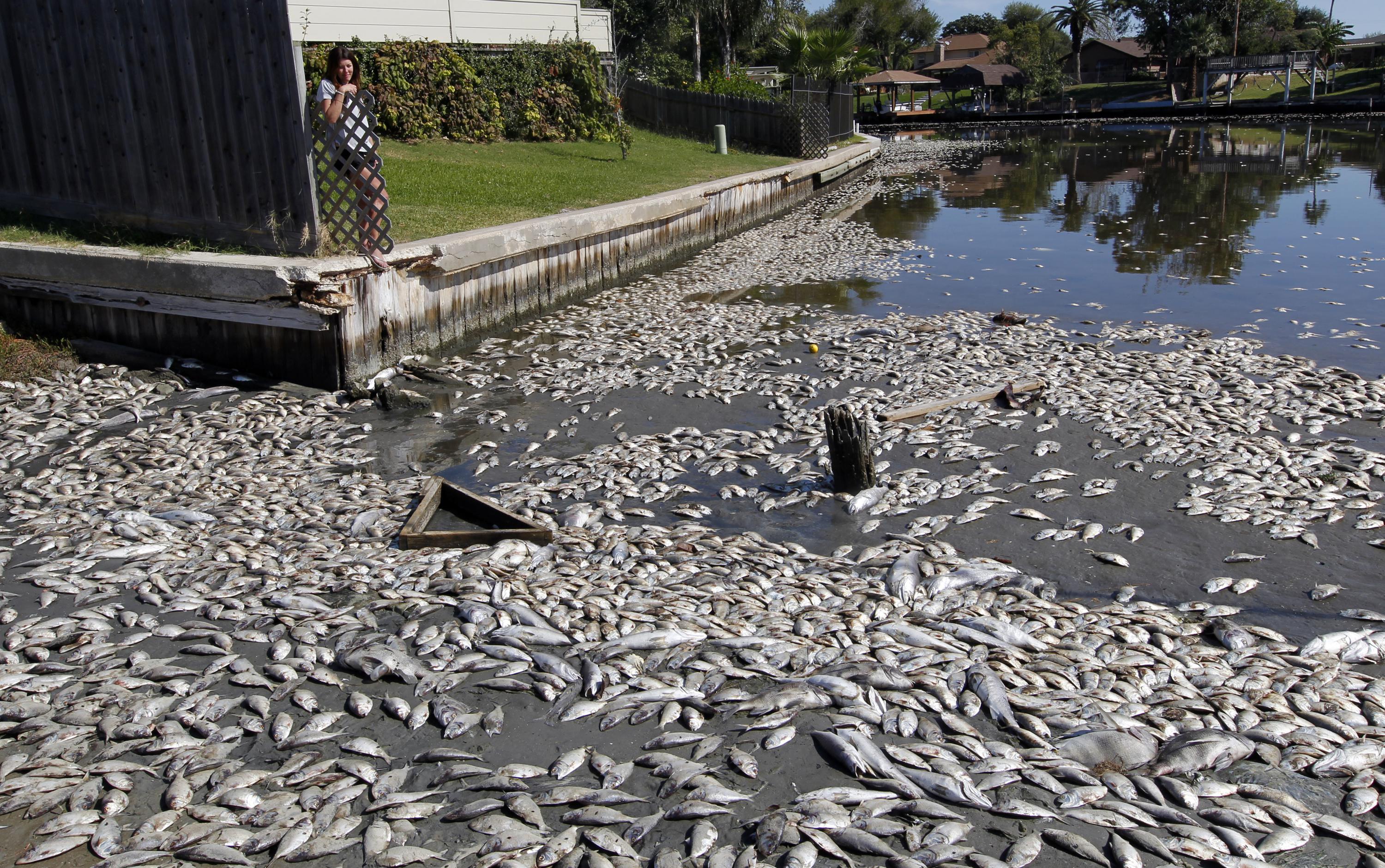 Hundreds of lakes in U.S., Europe are losing oxygen

Oxygen levels have dropped in hundreds of lakes in the United States and Europe over the last four decades, a new study found. And the authors said declining oxygen could lead to increased fish kills, algal blooms and methane emissions. 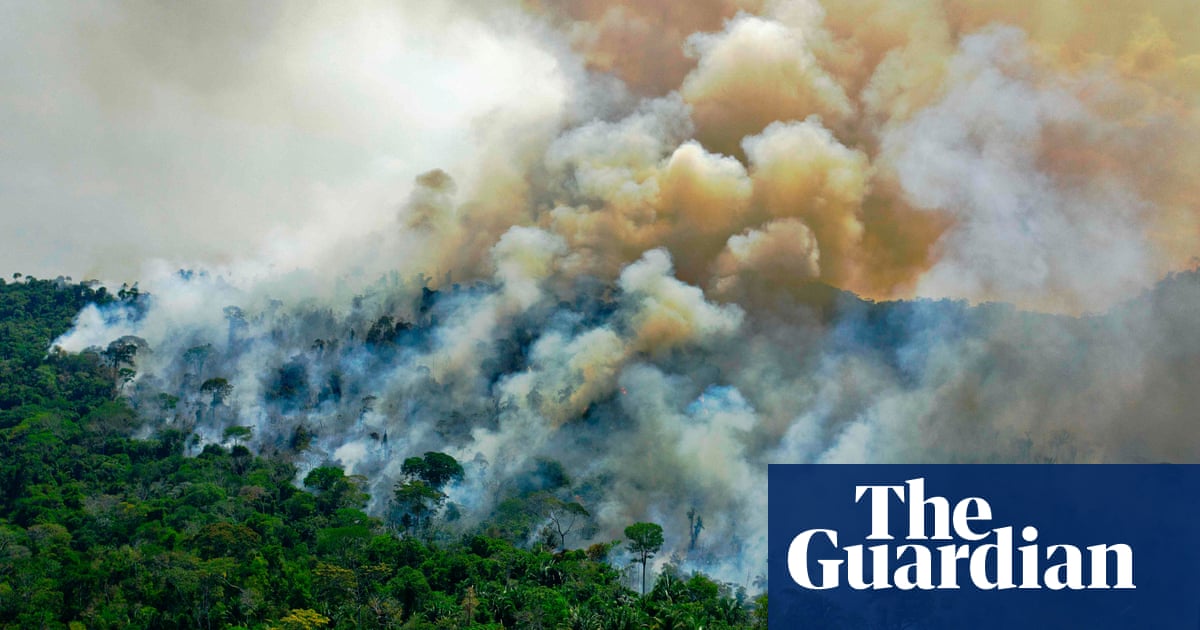 Analysis shows significant risk of cascading events even at 2C of heating, with severe long-term effects

Analysis shows significant risk of cascading events even at 2C of heating, with severe long-term effects

However, the chance of a cascade of tipping points leading to a runaway greenhouse effect, where the planet gets ever hotter even if humanity stops carbon emissions, is extremely unlikely, according to Prof Anders Levermann....
Click to expand...

I take such reassurances with a grain of salt. Most of the climate consequences we're observing right now were considered "extremely unlikely" just 10 or 20 years ago. Some scientists were derided as "pessimistic fear mongers" for "extreme" predictions that have turned out to be too conservative. We have consistently underestimated the rate of change and the impact of interlaced systems.
Reactions: Archer

Despite pandemic, level of carbon dioxide in the atmosphere hits historic levels

Tans noted that humans continue to add about 40 billion metric tons of carbon dioxide pollution to the atmosphere each year, and that avoiding catastrophic changes to the climate will require reducing that number to zero as quickly as possible.

“The fact that CO2 concentrations at Mauna Loa data are already so high and are keep going up so fast is disturbing but not surprising because the emissions of CO2 continue to be incredibly high,” said Corinne Le Quéré, research professor of climate change science at the University of East Anglia. “The concentrations of CO2 in the atmosphere will stop rising when the emissions approach zero.”
Click to expand...

Except they probably won't. The melting permafrost and burning forests of Siberia alone will continue to add carbon to the atmosphere, even if (such an improbable if) we reach 0 emissions.
Reactions: Clara D. and Archer 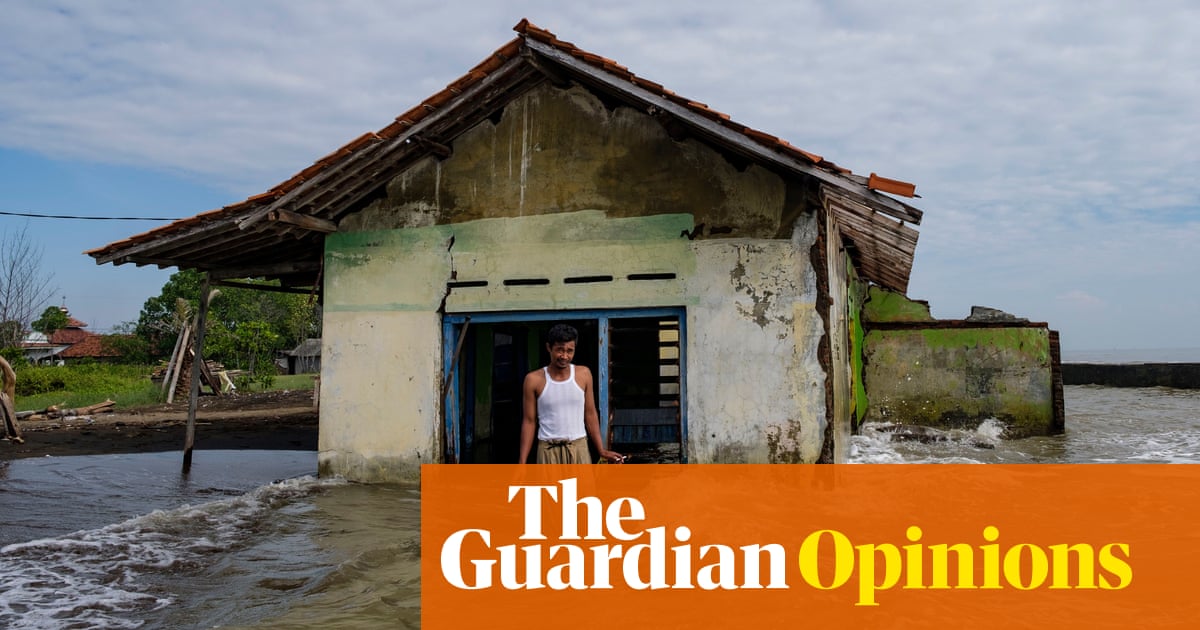 We asked the world’s press to commit to treating climate change as the emergency that scientists say it is. Their response was dispiriting

The TV newsman Bill Moyers likes to tell the story of how Edward R Murrow, the pre-eminent US broadcast journalist of his time, insisted on covering what became Germany’s invasion of Poland in 1939. Murrow’s bosses at CBS News had other priorities; they ordered Murrow’s reporters to cover dance competitions in Hamburg, Paris and London, explaining that Americans needed some happy news. Murrow wouldn’t do it. “It’ll probably get us fired,” he told his colleagues, but he sent his correspondents to the German-Polish border; they arrived just in time to witness Hitler’s tanks and troops roar into Poland. Suddenly, Europe was at war. And Americans heard about it because journalists at one of the nation’s most influential news outlets defied convention and did their jobs.
Click to expand...

Temperatures in the Middle East have topped 125 degrees after a run of record-breaking heat. Several countries tied or challenged national records amid the blistering heat wave, which has brought a string of temperatures about 15 degrees above normal to the already baked region.

This should kick things into gear.

Evernote link because why not
Reactions: Govi and Beebo Brink 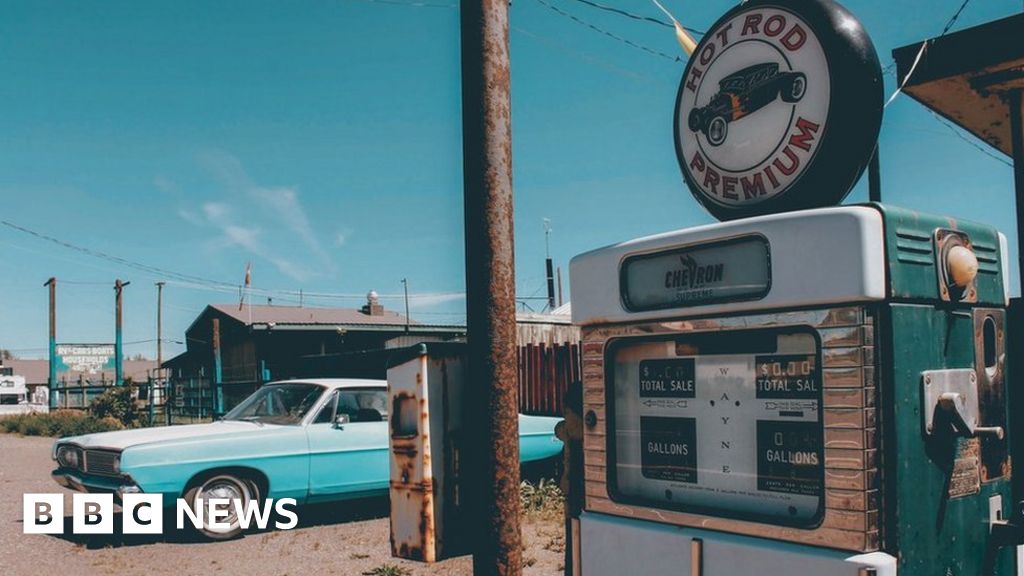 Why it's the end of the road for petrol stations

Many petrol stations will close over the next 20 years, accelerating the shift to electric cars.
www.bbc.co.uk
Reactions: Ryanna Enfield and Beebo Brink

This melting glacier was already the biggest source of sea level rise. Then things got worse.

The Pine Island glacier was already scary. The 160-mile-long river of ice is known as “the weak underbelly” of West Antarctica. It contributes more to sea level rise than any other glacier on the continent and ranks among the fastest melting glaciers in the world.

Unlike other Antarctic glaciers, Pine Island is not sheltered from the warming ocean by a vast expanse of sea ice. The only thing preventing it from flowing directly into the Amundsen Sea embayment is a shelf of floating ice that sticks out from the glacier’s edge. This shelf is like a cork in a bottle, pressing against the stable sides of the bay to contain the tremendous pressure at its back.
Click to expand...

If this disintegration continues, “the whole shelf could potentially fall apart in the next few years, which is greatly faster than what we expected,” said Ian Joughin, a glaciologist at the University of Washington’s Applied Physics Laboratory who co-wrote the new report.
Click to expand...

(Emphasis added is mine)
Reactions: Govi, Archer, Katheryne Helendale and 2 others 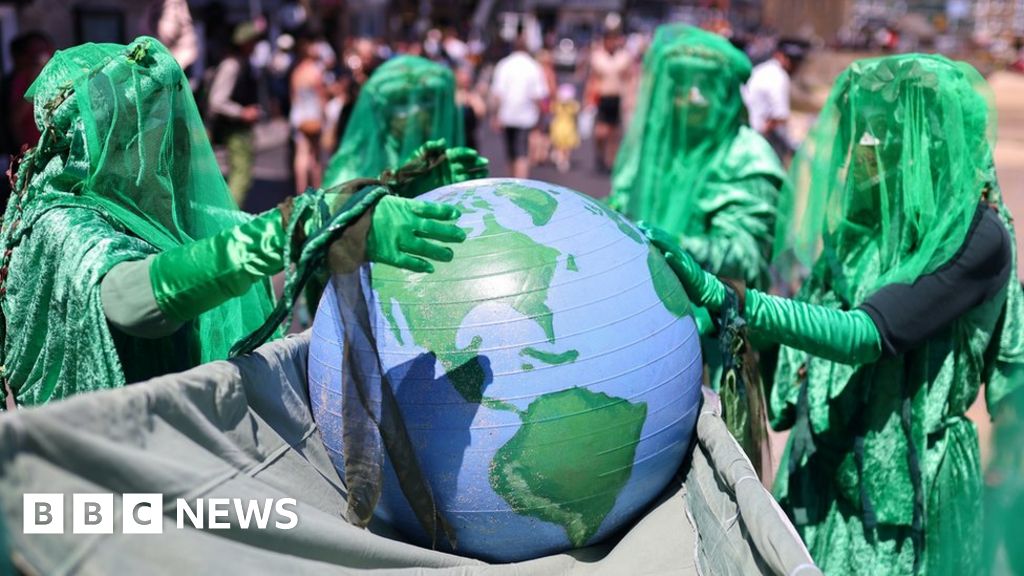 Laurence Tubiana, the former French climate negotiator - a key actor in the triumphant Paris climate conference in 2015 - said: "In the face of a perfect storm of planetary crises - the world's richest democracies have responded with a plan to make a plan."

And swelling the challenge still further is the inconvenient fact that 20 years ago the G7 wealthy countries could really determine the fate of the climate.

Now we'd have to add India to the list. And Indonesia, Brazil, Turkey, Nigeria and South Africa. Oh yes, and China.

All these wakening giants will be more ready to act if they can see their rich counterparts put their finance where their words are.
Click to expand...


Evernote link because why not
Reactions: Govi and Beebo Brink

Interesting little video from the FT on how the corporate world has taken on board the at least the concept of net zero emissions, if not the delivery in all cases.

(can people see the video or is it only subscribers?)
Reactions: Beebo Brink

Innula Zenovka said:
(can people see the video or is it only subscribers?)
Click to expand...

Russia’s largest and coldest region is on fire - again, and this year wildfires strike early

Even school children are in firefighting brigades in some areas of Yakutia.
siberiantimes.com

Last year’s long and very intense wildfire season started a vicious circle with deposits of peat catching fire, and burning even during the coldest days of winter - to then reignite again once the snow melted.

The Siberian Times reported on the peat fire continuing to burn all through rainy and cold autumn, and then at winter temperatures of -50C in northeastern Yakutia.
Click to expand...