Kamilah Hauptmann said:
I've been in a number of dumb fights with Germans and similar due to that whole Being Direct thing. My bet is Sid didn't mean anything by that, and was just being Dutch.
Click to expand...

And I was trying for a light-hearted, self-deprecating response and must have missed the mark.
Reactions: Sid and Kamilah Hauptmann

Y'all need to fight me!

"I know wind mills very much, I've studied it better than anybody I know, it's very expensive.
[...]
You know, I know wind mills very much. They’re noisy. They kill the birds. You want to see a bird graveyard? Go under a windmill some day. You’ll see more birds than you’ve ever seen in your life"
Last edited: Dec 28, 2019
Reactions: Govi, Katheryne Helendale and Archer

Well, Van Gogh wasn't understood during his lifetime either.

"You know we have a world, right? So the world is tiny compared to the universe..."

Simply mindblowing stuff! Again Trump clearly showed that the J in his name is for genius... that statement alone is more than frightening, he's obviously an imbecile.

The thing is that in Republican governed Texas wind mills are on the rise, and why? Quite simple: because it is a very much welcome additional income for farmers, they do work and their power is cheap. End of story. But sadly nobody did give Trump that memo...
Reactions: Brenda Archer

Bartholomew Gallacher said:
"You know we have a world, right? So the world is tiny compared to the universe..."

Simply mindblowing stuff! Again Trump clearly showed that the J in his name is for genius... that statement alone is more than frightening, he's obviously an imbecile.

The thing is that in Republican governed Texas wind mills are on the rise, and why? Quite simple: because it is a very much welcome additional income for farmers, they do work and their power is cheap. End of story. But sadly nobody did give Trump that memo...
Click to expand...

Some years ago when I lived in Houston the power company had an option to have one’s electricity from renewables, which were wind farms. I didn’t notice it leading to high bills and I was happy to do it. At first I thought “what about hurricanes?” but it turns out all that wind is a feature.

Texas needs to go purple! I don’t think it will be much longer. If it does, it’s on the list of places I could retire (not near storm surges or bayous though lol). You just have to pick a good place to live.

It's very strange the way people normalize Trump's behavior. Of course he's an imbecile; his brain is melting. He's not naturally stupid (although he's never been the brightest bulb in the chandelier), but he is blatantly, obviously in the throes of dementia/senility. Normal, healthy people DO NOT DO THIS.
Reactions: Archer, Ashiri, Ryanna Enfield and 1 other person

This why Trump hates windfarms... 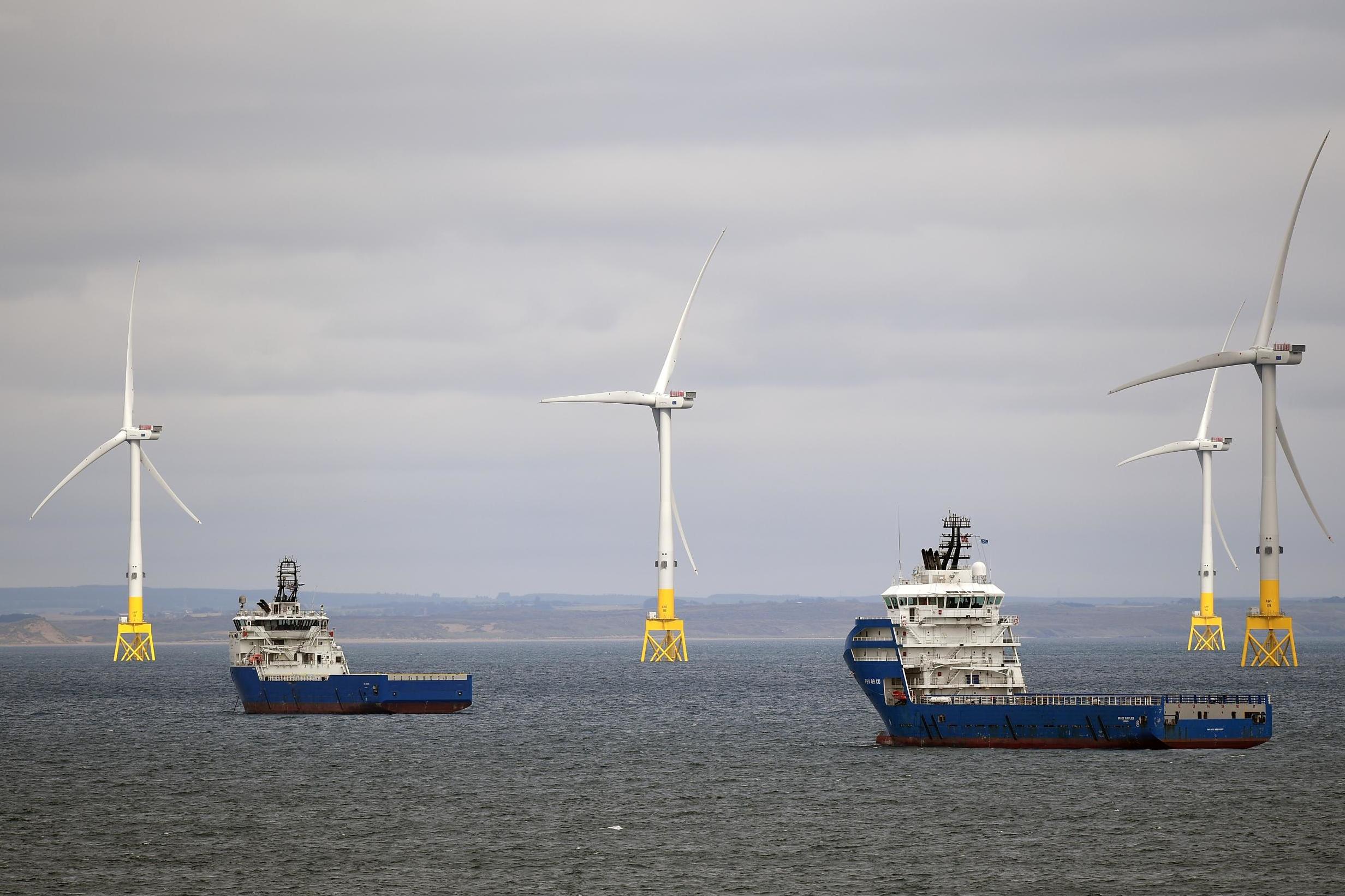 And this is why he thinks they're expensive... 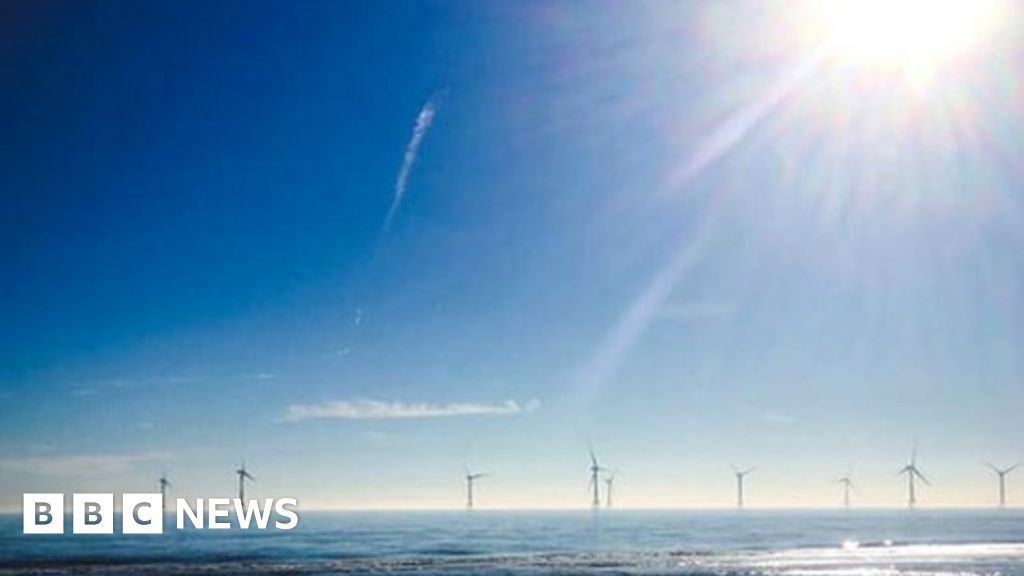 Donald Trump had claimed the 11-turbine wind farm off Aberdeen would spoil the view from his golf course.

Windpower here is becoming more and more accessible as an alternative power to fossil fuels. With even future developments like bladeless turbines helping to diminish the effect on wildlife.

In a much needed re-invention of wind turbines, Vortex Bladeless Wind Turbine has introduced a concept that has definitely made waves in the energy industry. Its unique bladeless turbine concept has been hailed as a technological leap forward and a resolution in the generation of wind power...

First of all, this video is from 2013, and I don't know how much older his data sources are than that. But his numbers for solar are off by about an order of magnitude.

LG has a 400W Solar Panel, whose dimensions are a hair over 1x2 meters, thus 200W/m^2. US "capacity factor" for solar farms is 25%. That's the ratio of actual average output vs rated output. This factors in night, cloudy weather, and atmospheric absorption when the Sun is low in the sky. So the net output per area is 50 W/m^2. There's some space between rows of panels, but you can do things like raise sheep on pasture grasses growing below them. So the space doesn't have to be wasted, and it's called "agrivoltaics".

The UK, nowadays, has lots of offshore wind power. The wind is stronger and more steady over water, and it of course doesn't use up any land. The video implicitly assumes wind turbines are only on land. Since the turbines are spaced ~5 blade diameters apart, they only actually use up maybe 1% of the land area they sit on. Midwestern farms in the US very commonly grow crops between the turbines and under the blades. The area around the base of the tower and sometimes an access road are the only parts not usable for agriculture.

Going back to first principles, like speaker suggests, the Earth receives 128,200 TW of solar energy at nominal sea-level, while total energy use is 18.4 TW last year. Adjusting for the 25% capacity factor and 20% panel efficiency, we would get a net power of 6410 TW if we covered the entire planet in solar panels. Thus we would need to cover 0.287% of the planet, or about 1% of the land area to power the world. This is similar to the urbanized area of the planet.

So his story that there isn't enough room to power the world is just very far off from reality.

Free said:
Y'all need to fight me!
Click to expand... 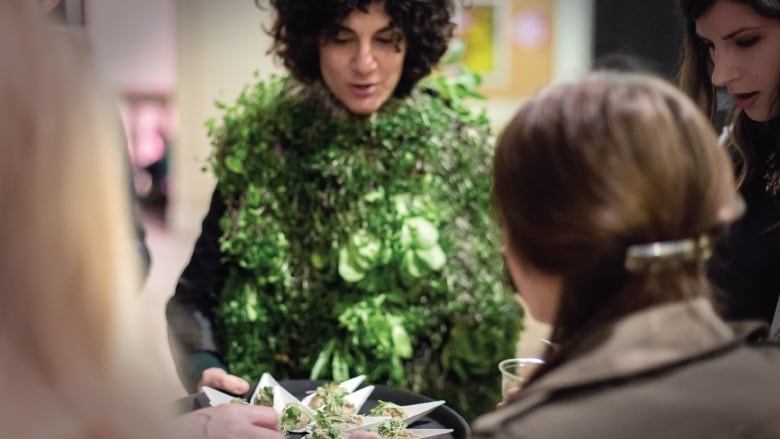 wearable vest grows a self-sustaining garden watered by your own urine
Click to expand...

I think I’d rather use plant pots.
Reactions: Kamilah Hauptmann

So it's watered by your urine through a cathetered filtering system. It needs pollinators so you have bugs crawling and buzzing around. It weighs 20 pounds. Sure sounds like a solution to me! Any plans on the meat version?

Well, you know it does almost sound like sort of a post-apocalyptic way of ensuring a food supply. But have you had people interested now in actually doing this?

The work wasn't really produced to offer a solution.
Click to expand...

Brenda Archer said:
I think I’d rather use plant pots.
Click to expand...

Climate change stress test for leading banks Ben Martin, Senior City Correspondent December 19 2019, 12:01am, The Times Different climate scenarios will be examined in order to test the resilience of ...

Mark Carney says climate change will damage pension funds Katie Gibbons December 30 2019, 12:01am, The Times Mark Carney said that there was an argument for companies to stop investing in fossil fuelE...