Bartholomew Gallacher said:
No, it takes a little more than dead organic material - the ground of a sea, where tons of it are getting accumulated and turning into organic slime, tons of sediments layering above of it, making tons of pressure, heat and pulling out much of the oxygene. Rinse, wash, repeat.

Since most of the dead human bodies would be on land, all corpse eating organisms would just be doing their job and eating us until the bones would remain.
Click to expand...

So we get to turn into fossils in a petrified forest instead. More scenic.
Reactions: GoblinCampFollower and Sid

Well who knows... anyway, most of the oil we are using today consists of dead plankton.
Reactions: Brenda Archer

Bartholomew Gallacher said:
Well who knows... anyway, most of the oil we are using today consists of dead plankton.
Click to expand...

Well, at least he won't be going after the Krabby Patty secret formula anymore.

Acidic oceans are disrupting a major part of the carbon cycle, slowing how seas absorb carbon from the atmosphere. This could massively speed up the effects of climate change.v On the Front Lines of Bolsonaro’s War on the Amazon, Brazil’s Forest Communities Fight Against Climate Catastrophe

Without action, the loss of another fifth of Brazil’s rainforest will trigger a cascading system collapse called “dieback” and release a carbon bomb.

On the Front Lines of Bolsonaro’s War on the Amazon, Brazil’s Forest Communities Fight Against Climate Catastrophe

Without action, the loss of another fifth of Brazil’s rainforest will trigger a cascading system collapse called “dieback” and release a carbon bomb.

Oh yes, we are, unless something drastic is done.

Amusing fact, their president *turned down* a 20 million dollar aid package from France for new planes to fight the fires better. The rightwing nut is trying to play hardliner and tried to spin it along the lines of "The French colonialists always have a plan? What's their plan for that region? Why are they trying to help us?", trying to rally paranoia on the side of his supporters. He also previously cut all sorts of monetary aids for the institutions that are supposed to monitor and prevent catastrophes like that.

...possibly unpopular opinion:
This is about pure survival now.
We've started all sorts of violent conflicts before for all sorts of silly reasons, but this is actually a BIG, goddamn IMPORTANT reason: The goddamn survival of our species;
If Brazil's president continues to block attempts of aid and help, it's time the other countries turn their sole attention towards Brazil and collectively go "We are going in, and we are going to stop these fires. This is about humanity, your borders do not fucking matter anymore. You will let us, or else. Make your choice."

Seriously. Every day wasted might be a day too late. And fuck any pseudo-dictator standing in the way.
Reactions: Ariane, Brenda Archer, Katheryne Helendale and 4 others

Hack writer: So I have this idea for the villain. He's so evil that he's gonna burn the Amazon rainforest.
Me: That's ridiculous and would never happen in real life. Make him more believable.
Reactions: Brenda Archer, Katheryne Helendale, Beebo Brink and 2 others 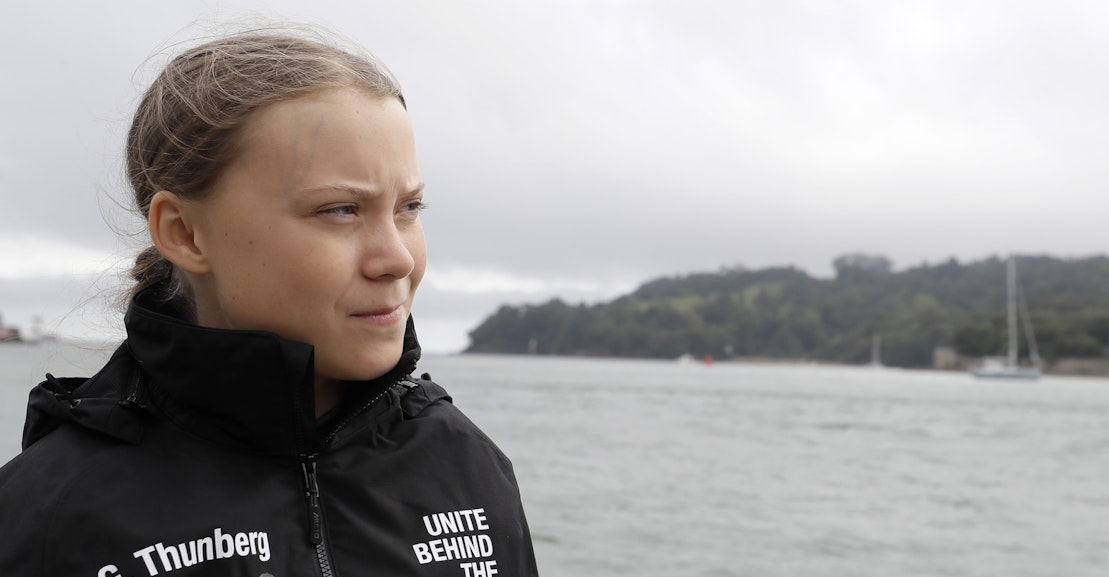 The connection has to do with a sense of group identity under threat, Hultman told me—an identity they perceive to be under threat from all sides. Besieged, as they see it, both by developing gender equality—Hultman pointed specifically to the shock some men felt at the #MeToo movement—and now climate activism’s challenge to their way of life, male reactionaries motivated by right-wing nationalism, anti-feminism, and climate denialism increasingly overlap, the three reactions feeding off of one another.
Click to expand...

“There is a package of values and behaviors connected to a form of masculinity that I call ‘industrial breadwinner masculinity.’ They see the world as separated between humans and nature. They believe humans are obliged to use nature and its resources to make products out of them. And they have a risk perception that nature will tolerate all types of waste. It’s a risk perception that doesn’t think of nature as vulnerable and as something that is possible to be destroyed. For them, economic growth is more important than the environment” Hultman told Deutsche Welle last year.
Click to expand...

This brings up a question: how can we define climate change in terms these neanderthals can understand? What we have isn't working.

Examples:
1. how many times would a two lane highway circle the globe for all the concrete used in one year?
2. XKCD had a comic once showing the percentage mass of each animal group on the world: over 90% was some form of domesticated livestock, wild animals massed maybe around 6%

We need more "miles around the world", "earth is a pebble compared to the sun" and other examples that just show the SHEER SCALE of what is happening. These people don't bother with charts and graphs and "2% oh cry me a river the temperature goes up and down 20 degrees on an average day" type of thinking.

Again, what we have is just not working with these people. Damn it, I wish more liberals went into business, PR, & advertising, we need them to fight!
Reactions: Brenda Archer

Interconnection queues are when a future power plant arranges for connection to transmission lines, without which their power can't go anywhere. This happens before they start construction, so it is a look at the future. The Department of Energy tracks this stuff to know if new or upgraded power lines are needed, and where to put them.

This data from an Aug 2019 report shows nuclear and coal have no future, solar wind and storage are growing fast, and they are starting to outcompete natural gas. Natural gas is the #1 power source in the US, and is responsible for most of the decline in coal and nuclear, because fracking made it cheap. But companies are planning less and less of it, and more renewables each year. For scale, total US power plant capacity of all kinds is 1100 GW.

Note that the paired storage is larger than the transmission queue for storage. That's because a lot of storage is planned to be on-site at the solar or wind farm, and doesn't need a separate transmission line. The other storage is located at places like substations, where they need lines to get the power in and out.

It doesn't mean the world can wait until 2030 to cut greenhouse gas emissions, or that chaos will erupt in 2030. Here's what the science shows.

Thanks for the article. I've heard of a number of potential sources, but there is a clear movement among right wingers to weaponize the insecurity of young men. Richard Spencer may have been the one who made it popular to call every man you don't like a "cuck" and Steve Bannon talked about how he figured out how to exploit angry gamers. Young altright men talk about how logical they think they are, but all their arguments seem to go back to trying to prove their masculinity.

Environmentalism, feminism, vegetarianism, and social programs are all the worst thing imaginable, they are "womanly." Nothing turns of a young man's ability to reason faster than challenging their masculinity. I think it's also been well demonstrated that young men often can't separate testosterone dick waving behavior from logical reasoning, which is why they are so confident they are the voice of reason in this.

Related to this is how I know so many men who think "soy boys" are a thing because soy messes up male hormones. Actual peer review data doesn't agree. ...but it IS proven that alcohol greatly lowers testosterone production. But you don't hear about that because booze isn't a threat to the meat and dairy industry.
Reactions: Brenda Archer

GoblinCampFollower said:
all their arguments seem to go back to trying to prove their masculinity.
Click to expand...

Ahhh, like Nietzsche. Camus at least was hilarious.
Reactions: GoblinCampFollower

What if We Stopped Pretending the Climate Apocalypse Can Be Stopped?

The climate apocalypse is coming. To prepare for it, we need to admit that we can’t prevent it.

Some doctor brain person ranting about that article:

People really freak out when you discuss how 1) our behavior will kills us, 2) we're not changing our behavior, and 3) now might be a good time to write our will.

It's like an alcoholic with advanced liver disease who objects to talk of death, but won't stop drinking. "How can you possibly be so pessimistic!" Well....
Reactions: Archer, Katheryne Helendale and Brenda Archer

Beebo Brink said:
People really freak out when you discuss how 1) our behavior will kills us, 2) we're not changing our behavior, and 3) now might be a good time to write our will.

It's like an alcoholic with advanced liver disease who objects to talk of death, but won't stop drinking. "How can you possibly be so pessimistic!" Well....
Click to expand...

I think my experience of cancer, and other close calls, has helped me with this stuff. Wherein a doctor is telling me “You could have DIED” and fifteen minutes later I’m thinking about my shopping list for the week. To be willing to keep thinking, even when you’re in a panic, is an acquired skill. Most people vacillate between various kinds of repression, projection and shutdown. I tend to shutdown, but I can’t live there, my time is short!

For whatever reason, therapists and preachers understand this least of all. What do you do if the only redemption is perseverance? To me that’s now a tautology.

All I know for certain with climate change is that we need to let young people help make decisions, especially any controversial ones, because they’re going to be stuck with them. Like a will, but while everyone is still living.
Reactions: Ryanna Enfield

Twitter seems to be reacting to this article. This thread is one of the takes, and goes into some of the science.