Katheryne Helendale said:
It wasn't a wildfire, but a major shakeup of southern California that made news today.
Click to expand...

Just rename the thread to California: Shake and Bake

Govi said:
The solution to this and so many other problems is photovoltaic solar cells (and overnight battery storage systems) for each home, which would allow PG&E to eliminate their residential power distribution network in places like Paradise; no network, no fires caused by network. It's not being talked about though, here in California, as a solution to the fire hazard that wind plus power-lines constitute.
Click to expand...

I am sure homeowners would prefer it as well. Where far flung homes exist homeowners have to pay for each pole ..... and they are NOT cheep.
Reactions: Brenda Archer

Katheryne Helendale said:
I would have handed her a leaf rake and told her to get to it.
Click to expand...

California has fared rather well this fire season so far, but it's still somewhat early.

Though not a particularly large fire, the Caliente Fire in Otay Mesa in southern San Diego County is noteworthy because it is burning in a developed area. The fire was reported around noon today and has spread to 490 acres in a largely industrial area, prompting evacuations in the area of San Ysidro High School. The evacuations have since been lifted, and the fire is reported at 50 percent containment. 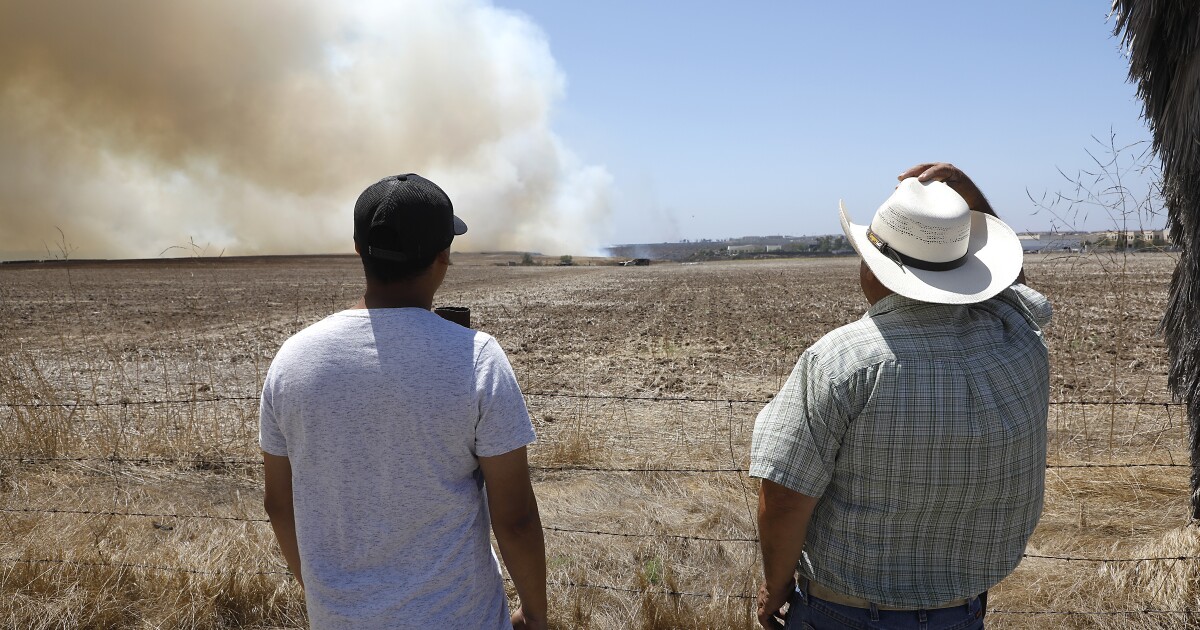 The Caliente fire broke out shortly before noon, blackened at least 490 acres by 7 p.m. and set pallets at an industrial yard ablaze. Emergency officials set up a temporary evacuation point at San Ysidro High School.

A much larger fire is burning at the other end of the state. The Tucker Fire, reported last Sunday, has burned through 14,217 acres of the Modoc National Forest in northern Modoc County. The fire, sparked by traffic along State Route 139, is 51 percent contained. 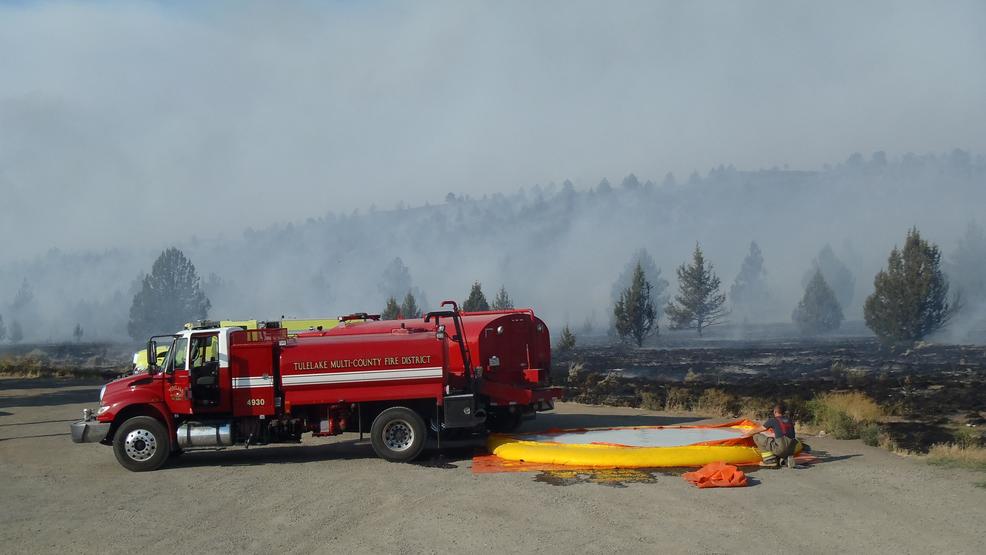 A collection of grass fires got started yesterday in an unincorporated part of Contra Costa County near Mount Diablo. What had started as a dozen fires merged into three, referred collectively as the Marsh Complex Fire. They have burned a total of 655 acres and are currently 85 percent contained. 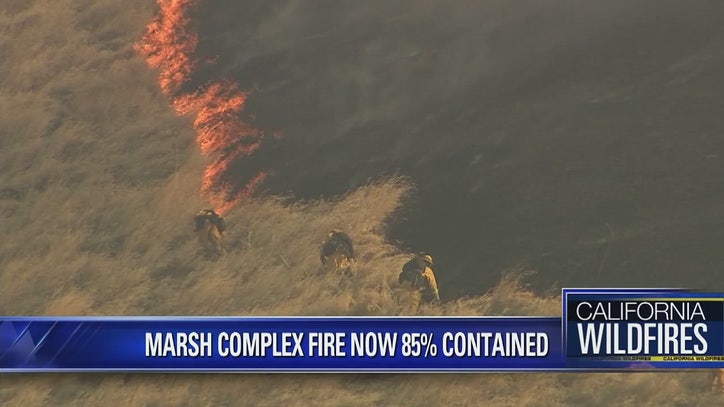 I'm really not looking to Autumn when the fire season really gets going.

A fire sparked in the foothills of Mariposa County today and quickly spread to 1300 acres. Dubbed the Gaines Fire, it is threatening a couple dozen buildings northeast of Hornitos, and is only five percent contained. Evacuations have not been ordered, but they've been strongly advised. This is the second significant fire in the area in the past 24 hours. The first one, the Hunter Fire, burned 423 acres before it was fully contained this morning.
Firefighters battling 1,300-acre fire — second large Mariposa County blaze in 24 hours | Merced Sun-Star
Reactions: Sid, Brenda Archer, Govi and 1 other person

Redding is back in the news as a fast-growing fire got started northeast of the city earlier today. The Mountain Fire got started in Jones Valley and quickly grew to 600 acres and prompted evacuations of the area. At least one structure has burned, and 1,100 are threatened. Containment is reported at 20 percent as of this evening.

Jones Valley fire: What we know about the Mountain Fire near Redding

A fire that started near the area of Bear Mountain and Dry Creek has destroyed at least 7 homes in the Jones Valley area northeast of Redding.

The Mountain Fire burning northeast of Redding in Shasta County has been held at 600 acres, and is now 70 percent contained. All evacuation orders have been lifted. The fire has burned seven homes and seven outbuildings, and damaged five other homes and two outbuildings. The cause of the fire is currently being investigated. 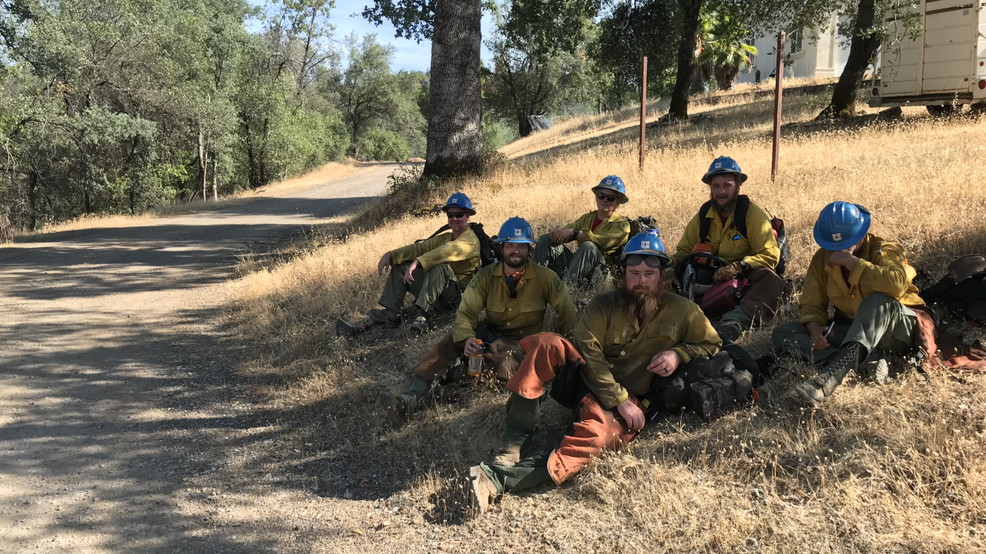 Cal Fire says the Mountain Fire remains at 600 acres with 70 percent containment. They increased the containment by 20 percent over the course of 24 hours. On Saturday evening, all evacuations and road closures were lifted in the area of the Mountain Fire. Firefighters will continue to mop up...

But so far, it's been a much quieter fire season than it was the last couple of years. It's still early, though. The Camp Fire that wiped out Paradise didn't happen until last November.
Reactions: Brenda Archer and Govi

The Mountain Fire burning in the Jones Valley area northeast of Redding continues to hold at 600 acres, and is now reported at 90 percent containment. 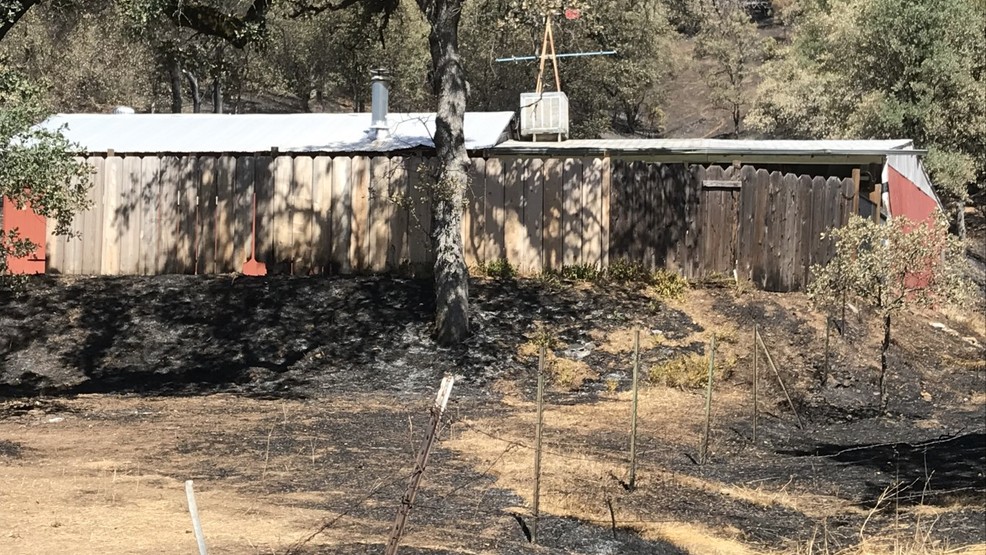 Cal Fire says the Mountain Fire remains at 600 acres with 90 percent containment. All evacuations and road closures have been lifted in the area of the Mountain Fire. Cal Fire says on Sunday, firefighters continued mop up and patrol. They say damage assessment has been completed and fire...

The largest fire currently burning in California is the Long Valley Fire in the southern tip of Lassen County, north-northwest of Reno, NV. It has burned 2,438 acres along US 395 since it started yesterday. It has burned one home and several outbuildings. It is now 65 percent contained.

The Long Valley Fire is now 100% contained. Officials are still looking for the person or persons responsible for starting it.
www.kolotv.com
Reactions: Govi, Beebo Brink, Sid and 2 others

The Mountain Fire northeast of Redding is now fully contained at 600 acres. During its short run, it destroyed seven homes and seven other buildings, and damaged five other homes and two other buildings. 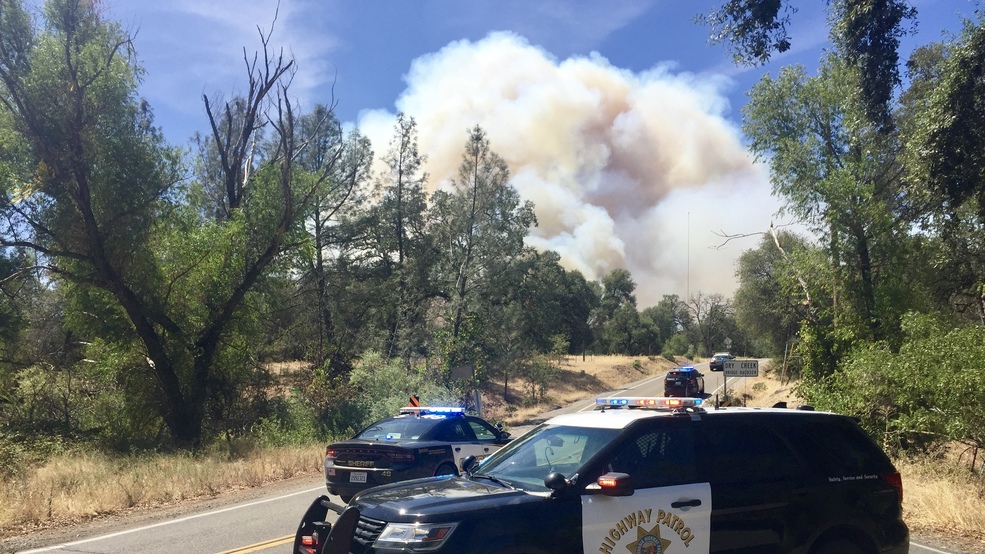 The Mountain Fire is now 100% contained according to Cal Fire officials. Since the fire began on August 22, near Bear Mountain Road and Dry Creek Road in the community of Jones Valley, it burned 600 acres and destroyed seven homes and seven other buildings. Five homes and two other buildings...

The Long Valley Fire north-northwest of Reno is reported at full containment this afternoon after charring 2,438 acres between southern Lassen County in California and southwestern Washoe County in Nevada. One home and several outbuildings have been destroyed.

The Federal Emergency Management Agency (FEMA) has authorized the use of federal funds to assist Nevada in the Long Valley Fire burning in Washoe County.

So far okay in BC. We had a scary one near Oliver a few weeks back but nothing dramatic right now.
Reactions: Govi and Brenda Archer

This one's in my neck of the woods. It's really going to foul up air quality around here:

A new fire broke out earlier today in central Tulare County east of Woodlake. Dubbed the Creek Fire, it has so far burned approximately 400 acres and is only 10 percent contained. No structures are threatened, but the fire is still growing. 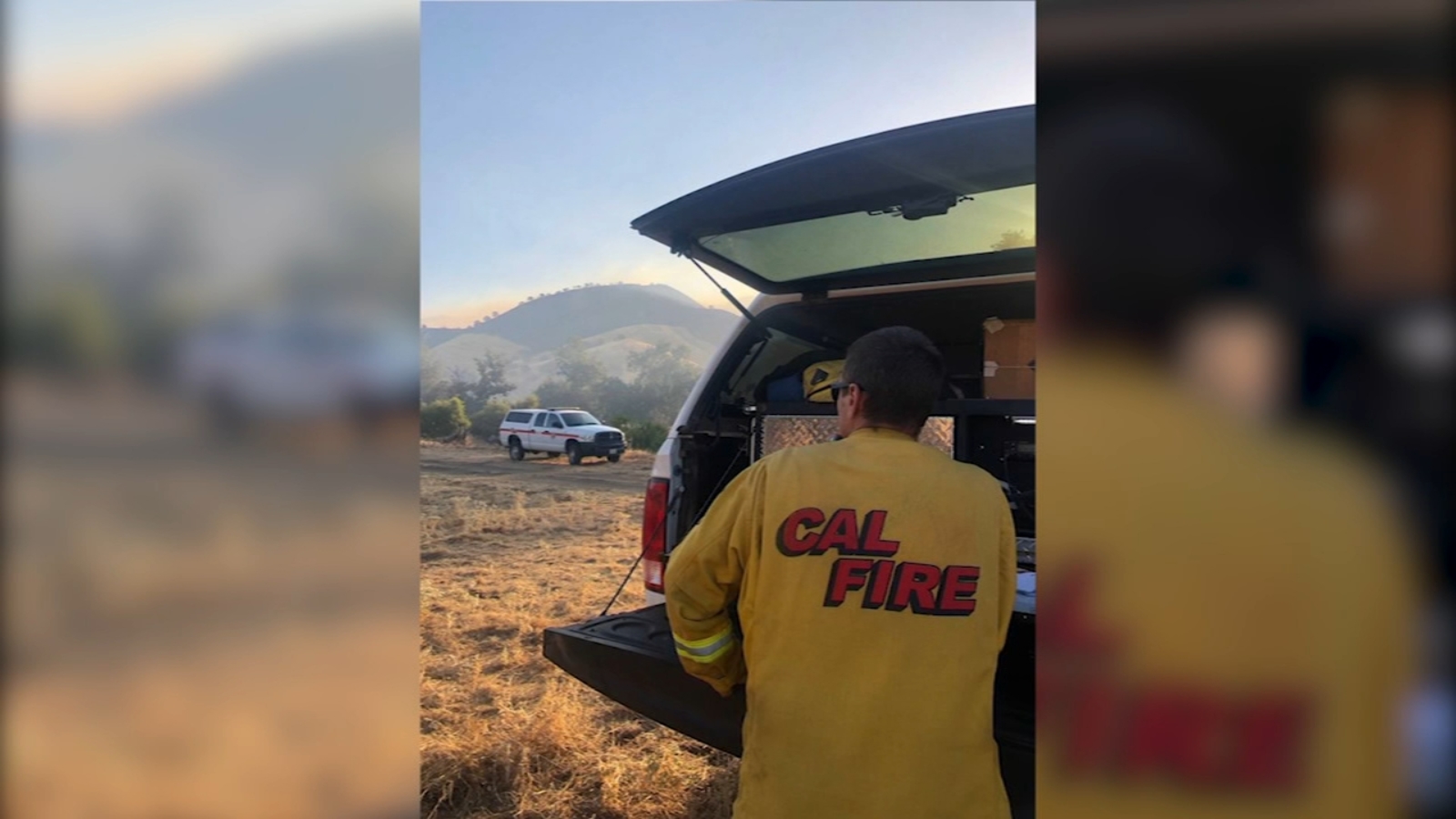 The Creek Fire burning in the central Tulare County foothills east of Woodlake has grown to 700 acres with containment now at 45 percent. The fire's forward progress has been slowed somewhat by higher-than-normal humidity levels in the area as monsoonal moisture has been fed into the eastern side of the Central Valley.

The Creek Fire east of Woodlake in the Tulare County foothills has grown slightly to 756 acres. However, containment improved significantly to 80 percent earlier today. Humidity has helped firefighters' efforts in containing the blaze and slowing its spread.

A large, fast-moving fire erupted southwest of Murrieta in Riverside County this afternoon. The Tenaja Fire has quickly burned 994 acres and forced mandatory and voluntary evacuations as the fire marches toward Murrieta. The fire is currently burning out of control and has no containment according to Cal Fire. 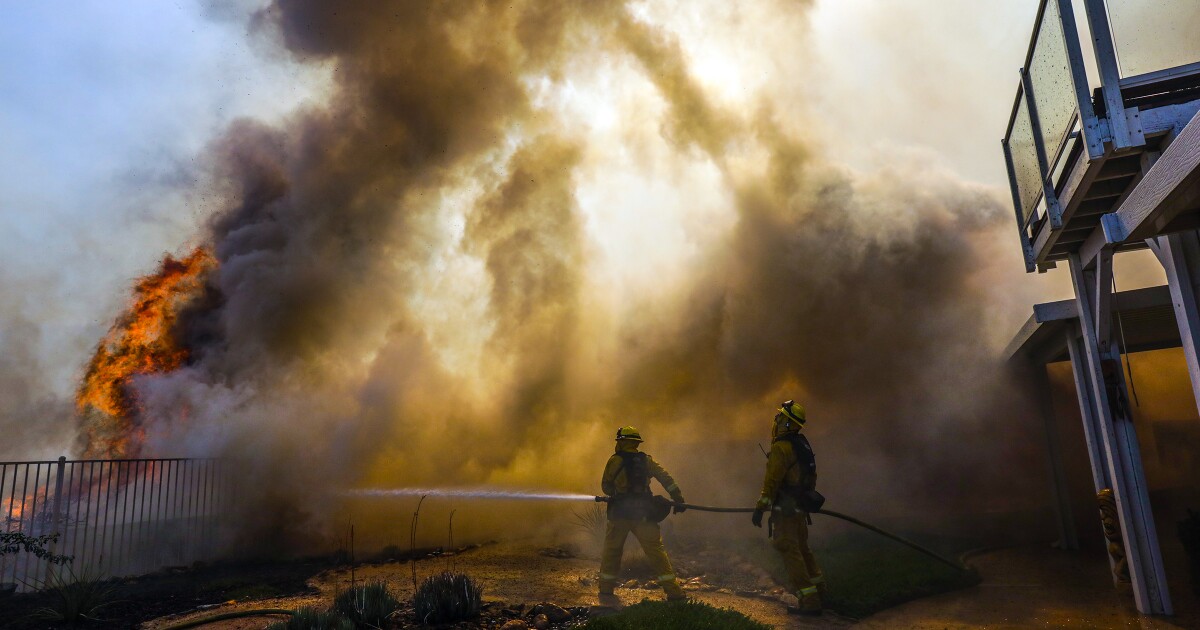 The Tenaja fire has grown to 1,000 acres and prompts evacuations

The Tenaja Fire in Riverside County doubled in size to nearly 2,000 acres, prompting more evacuation orders of outlying Murrieta neighborhoods. Firefighters had managed to get the fire seven percent contained, then strong, shifting winds nearly erased those gains. Despite that, firefighters have managed 10 percent containment as of this evening, according to Cal Fire. 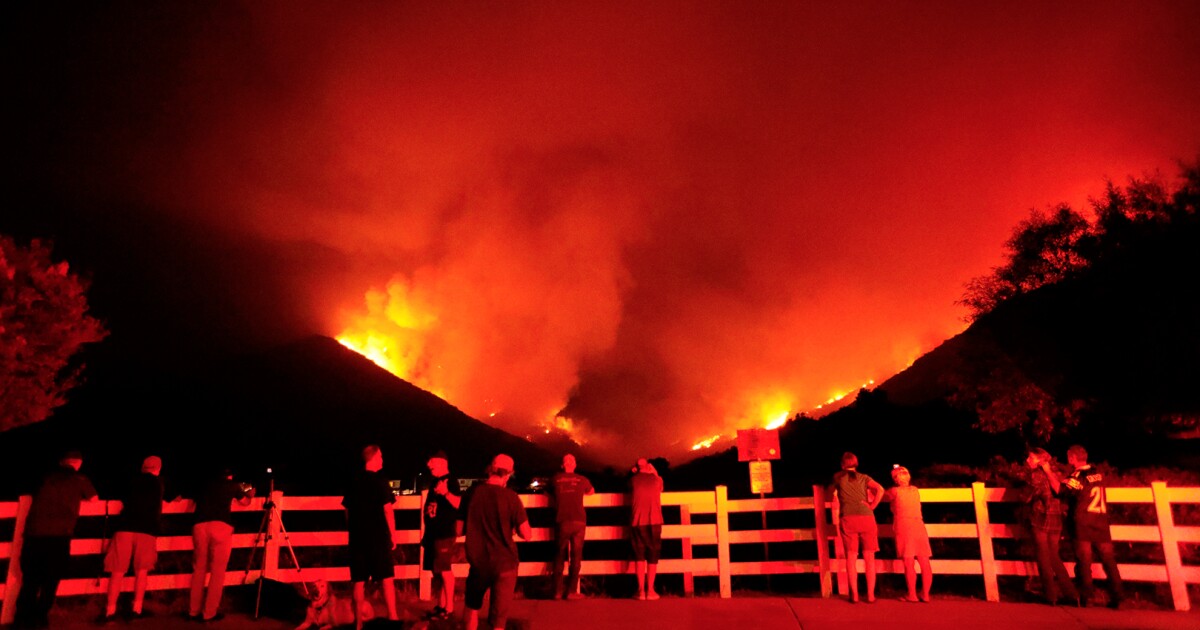 Tenaja fire near Murrieta grows to 1,974 acres as evacuations remain in place

Friday will be another hot, somewhat dry day that could create similar fire conditions to Thursday's, officials said.

A much larger fire exploded onto the scene this afternoon in western Tehama County west of Red Bluff. At around 1:25 this afternoon, the newly-started Red Bank Fire was reported at 20 acres. It had since blown up to around 5,000 acres. Evacuations have been ordered in the mostly-rural area. It is unknown how many structures are threatened. There is no containment at this time, according to Cal Fire. 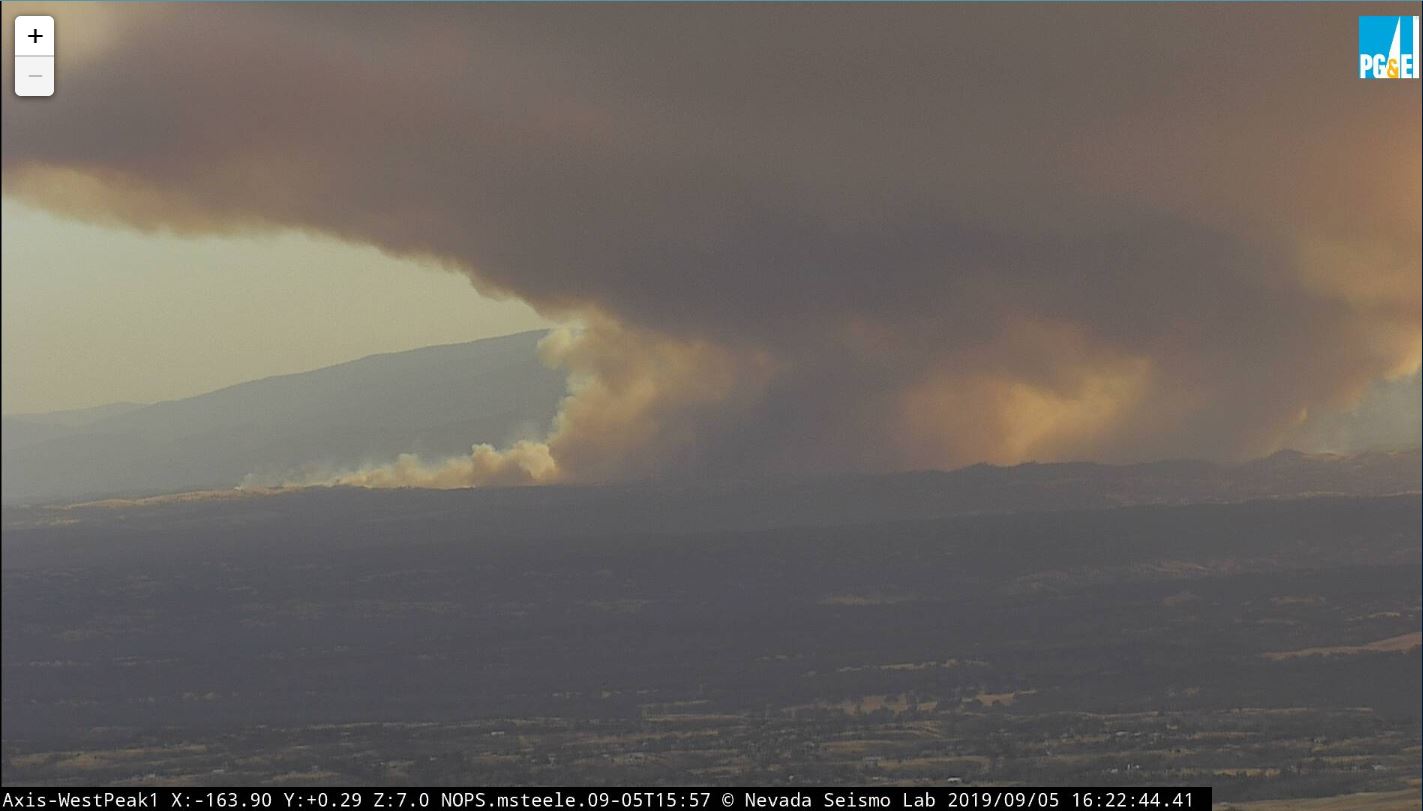 A wildfire in Northern California burned 6,000 acres on Thursday, and evacuations have been ordered for Tehama County, where the fire originated.

Growth of the Tenaja Fire burning near the Riverside County town of Murrieta has stalled out at around 2,000 acres while firefighters have been able to increase containment to 25 percent according to Cal Fire. The mandatory evacuations that had been in place have been lifted. Two homes have been reported as damaged by the fire, but none have been destroyed.

The Red Bank Fire burning in western Tehama County has grown to 7.340 acres. Firefighters have managed seven percent containment as of Friday evening. 25 structures are threatened, but so far none have been damaged. Mandatory evacuations remain in effect. 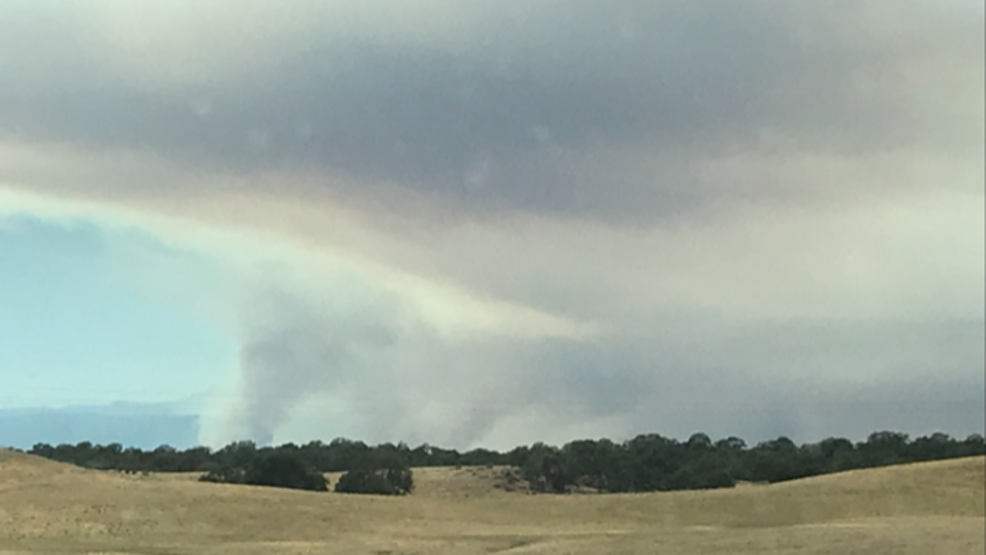 A new fire broke out today in a remote part of central Modoc County in northern California and quickly spread. The Lone Fire has so far burned more than 2,500 acres and has no containment at this time. No structures are threatened. MODOC NATIONAL FOREST, Calif. – A new wildfire burning in a remote part of Northern California quickly grew to over 2,500 since it first started Thursday. While 17 fires were reported in the Modoc National Forest, the largest is the Lone Fire burning in grass and juniper near Pinnacle Lake... Further to the south in Plumas County south of Susanville, another new fire got started Friday morning and quickly grew to 2,000 acres. Since then, the Walker Fire has exploded to 17,912 acres, and is currently the largest California wildfire this season. Mandatory evacuations of this largely remote area are in place. There is no containment at this time.