Burnal Equinox is the traditional event held midway between the annual October “big Burn” event. This year the theme for the spring event is “Eyes to the Skies.”

So, what is this “Eyes to the Skies” theme about? And when is the event? Glad you asked.

The next event of BURN2, Burnal Equinox, takes place the weekend of 12th through 14th April. As it happens, the opening coincides with a worldwide celebration of the first human to enter space, called Yuri’s Night.

You are invited to come and celebrate space, human curiosity, and the explorer’s spirit that led us to fly ever further “out there”. 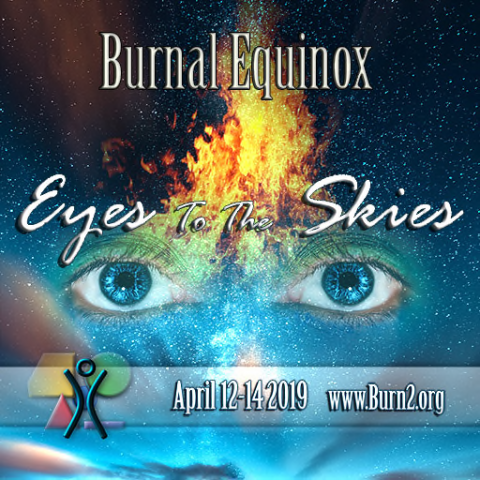 BURN2 is an extension of the Burning Man festival and community into the world of Second Life. It is an officially sanctioned Burning Man Regional, the only virtual world Regional out of more than 100 Regional groups worldwide, and the only Regional to burn the Man!

This unique virtual Regional spreads the culture and Ten Principles of Burning Man year-round in Second Life, culminating in an annual major festival of community, art and fire in the fall - a virtual echo of Burning Man itself.

And I'm honored to say that on the Saturday, at 10am SLT I'll be taking the stage to open the day's musical entertainment. Nothing to rattle the old noggin too badly after an enjoyable Friday night, just an hour of traditional and modern ballads to accompany your morning....