Boris would appear to be running scared of parliamentary scrutiny of the results of Brexit - Government accused of undermining scrutiny of EU trade deal, as Jacob Rees-Mogg shuts down Commons Brexit committee.
Reactions: Innula Zenovka and Sid

You need to watch this one on YT since it's the comments that are the whole point. Some EU representatives were asked what would happen to the Falkland Islands after Brexit and their answer was that EU has nothing to do with those islands. Now, look at the angry comments from Brexiters. Some people just can't take yes for an answer.

We'll take back control on our fishing grounds, they said! Brexit is good for the fishing industry, they promised, it will grow and flourish!

Today now this: UK Fishermen are halting exports to Europe because new border bureaucracy introduced by the government as part of Brexit is making their business unviable.
Exporters now have to deal with new health certificates, customs declarations and other paperwork if they want to sell to the EU, the largest market for much of the UK's catch.

Describing the situation as a "catastrophe", businesses said orders from Europe were also drying up because of Boris Johnson's new trade barriers. 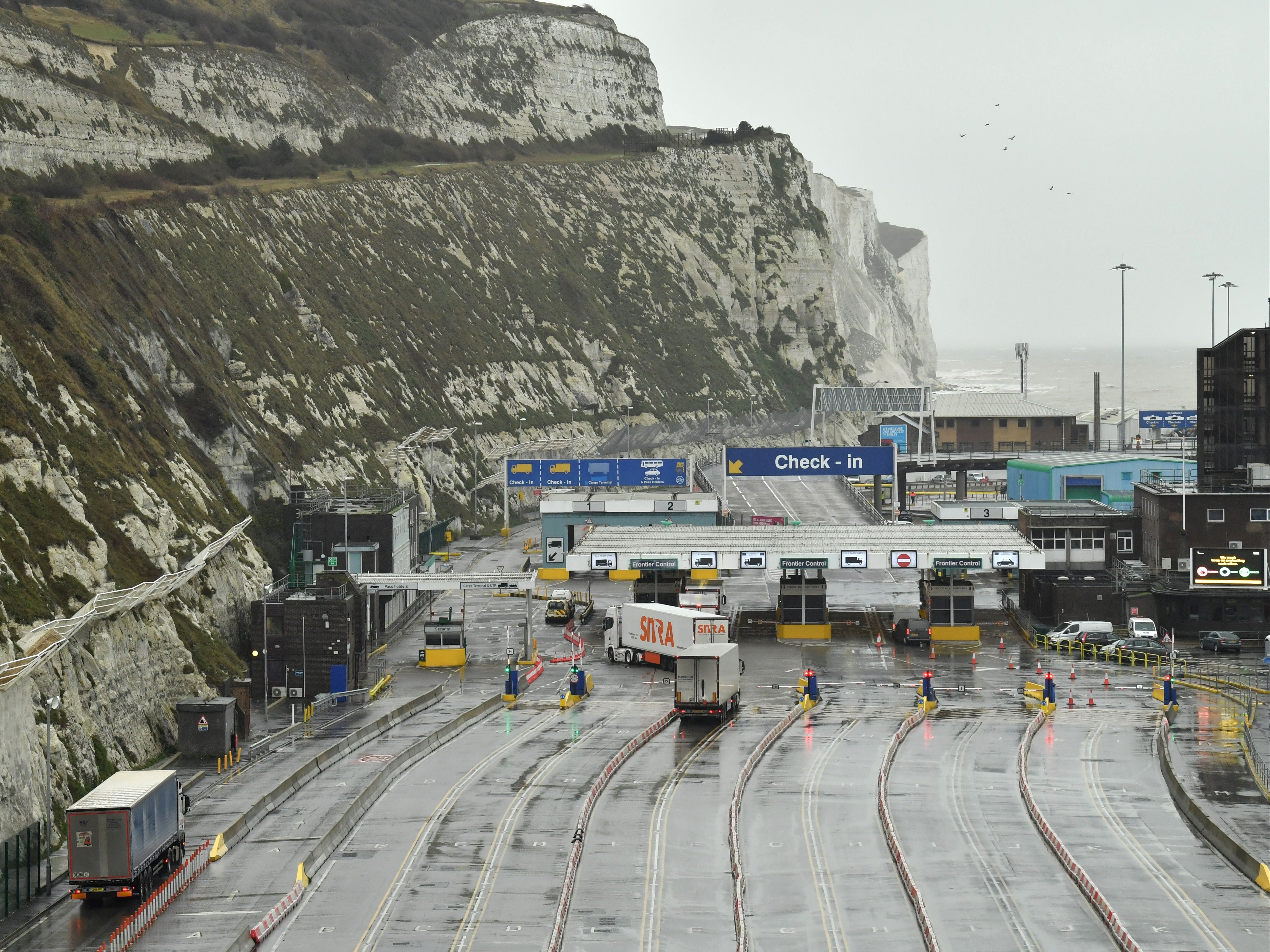 Bartholomew Gallacher said:
We'll take back control on our fishing grounds, they said! Brexit is good for the fishing industry, they promised, it will grow and flourish!
Click to expand...

Brexit seems to be good for the fish at least. Maybe that's what it's all about, Brexit is a secret plot by the fishes to keep humans from catching them! Cold blooded bastards they are, dinner's too good for them!

Edit: on second thought, maybe not. It turns out fishes have relatively low brain capacity even by Brexit standards so they probably wouldn't be able to cook up a conspiracy like this. But how about the whales? They can be really clever and they would love to have all the fishes for themselves!
Last edited: Jan 9, 2021
Reactions: Ashiri 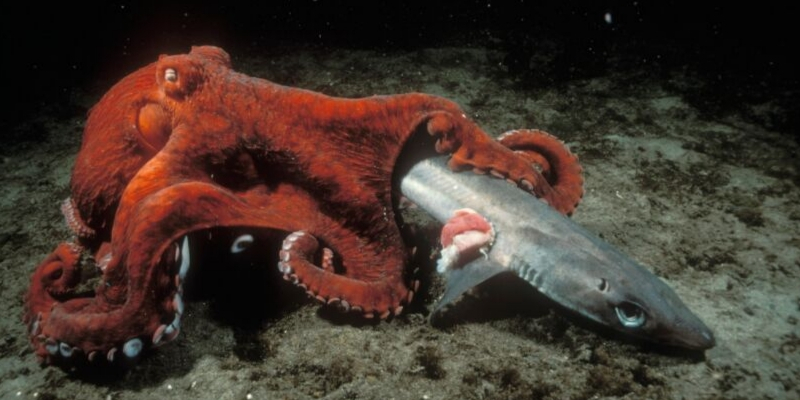 Do not have difinitive proof that this is true: 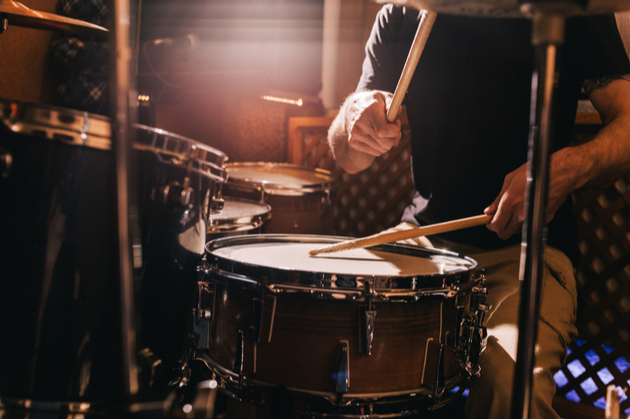 We’re angry and alarmed to learn the news that the UK Government rejected an EU offer of visa-free touring by British musicians.

Khamon said:
Do not have difinitive proof that this is true:

We’re angry and alarmed to learn the news that the UK Government rejected an EU offer of visa-free touring by British musicians. 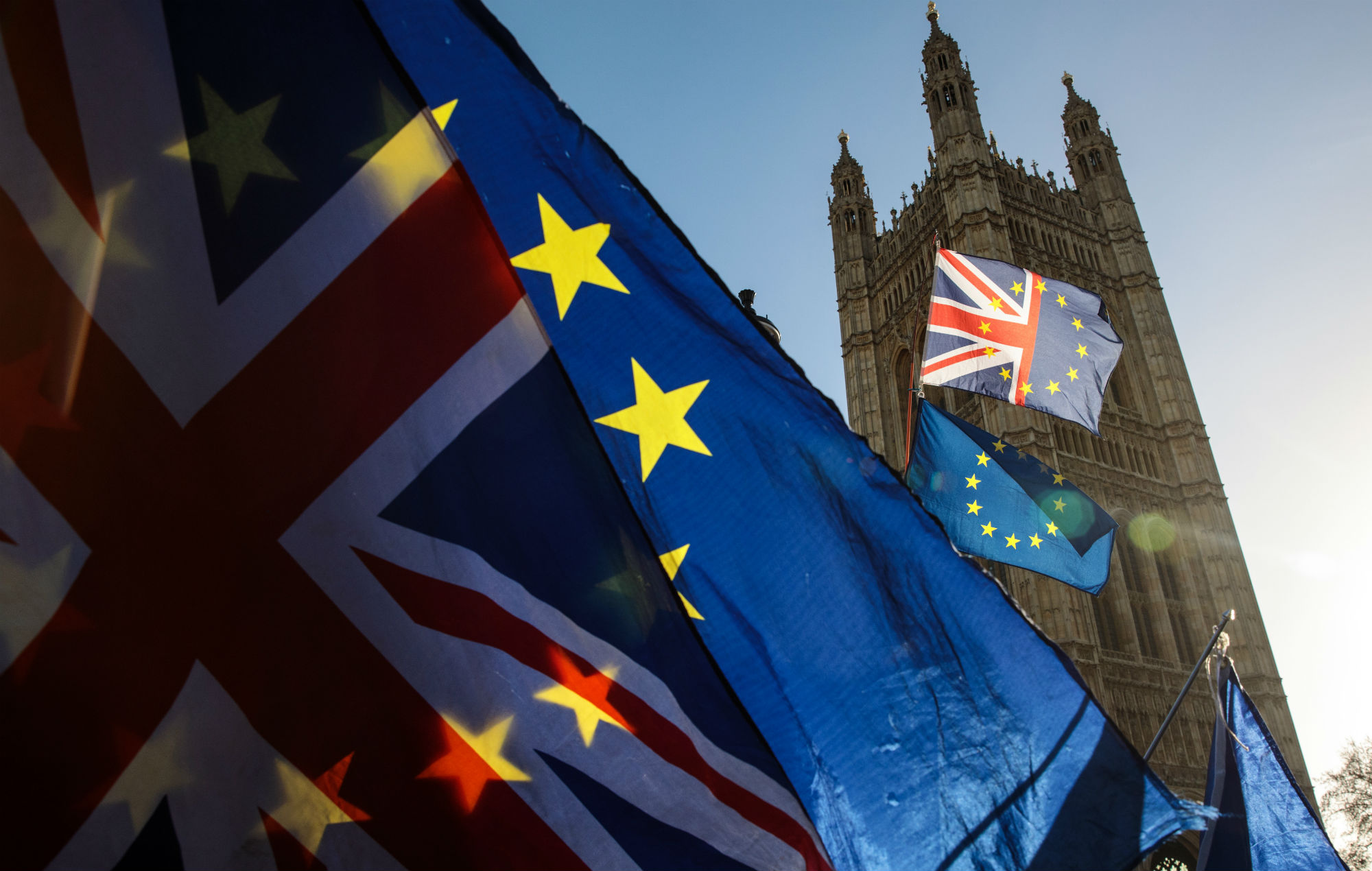 The UK government reportedly rejected a deal from the EU that would allow musicians to tour the union without a visa. 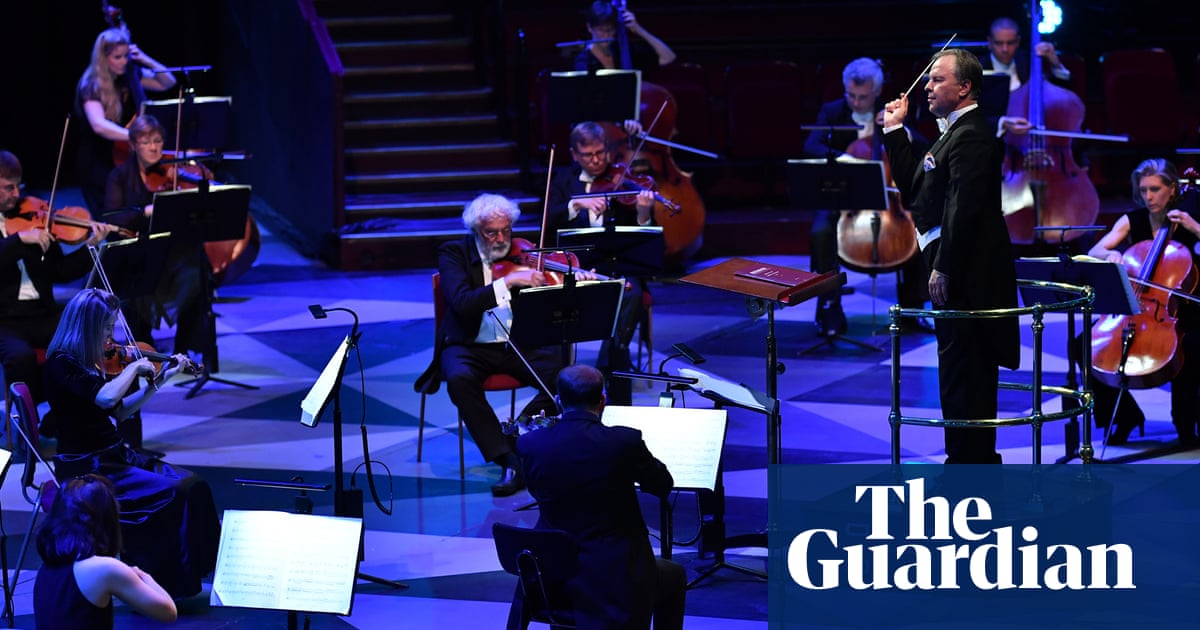 You get what you voted for.
(General you of course)

UK residents can apply for a Global Health Insurance Card (GHIC) to access emergency medical care in the EU when their current EHIC card runs out.
Under a new agreement with the EU, both cards will offer equivalent healthcare protection when people are on holiday, studying or travelling for business.
This includes emergency treatment as well as treatment needed for a pre-existing condition. 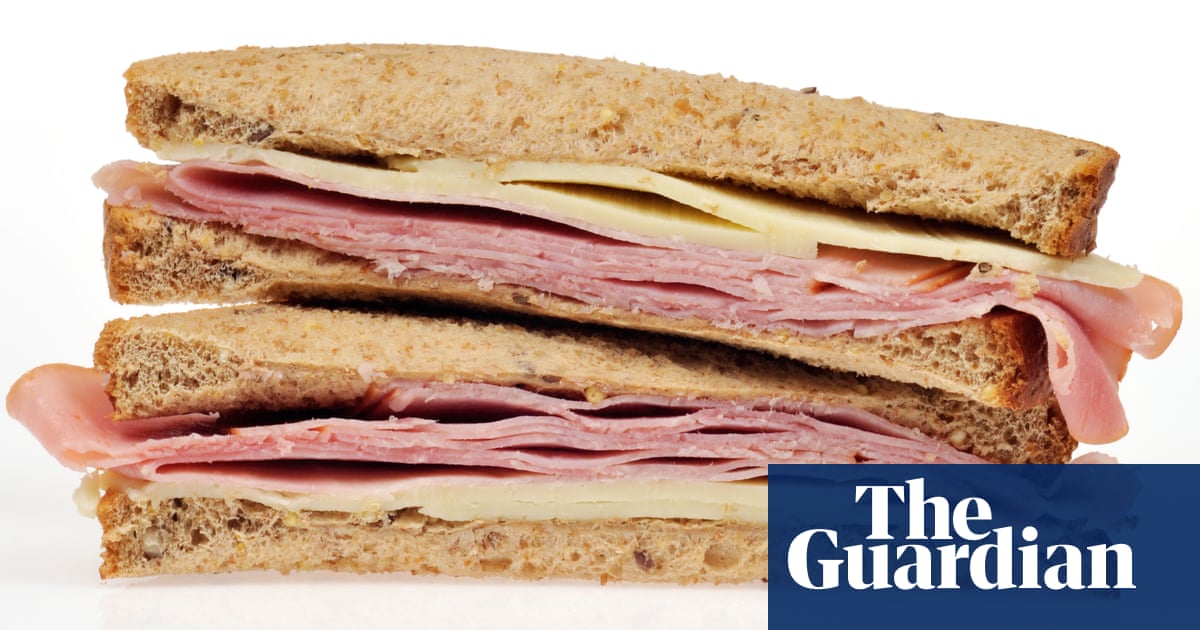 Ah, now that's what they meant back then in "Yes Minister!" with "the generosity of the Dutch."

No cherry picking.
Free travel of persons and goods has ended.
There is a border with check points again with tons of rules and regulations.
You may be lucky to simply get waved trough and there is always a chance to meet with a strict officer (especially when tv-cameras are around to show what has changed).
Last edited: Monday at 5:07 PM
Reactions: Innula Zenovka

Well I vividly still remember that one interview in 2019 or so, where an economic expert was being asked about the implications of a no deal hard Brexit.

He just told the baffled audience: "Well, the Brits better start then eatings lots more of fish, because the majority of it gets exported to the EU and this won't happen then any longer."

Bartholomew Gallacher said:
Well I vividly still remember that one interview in 2019 or so, where an economic expert was being asked about the implications of a no deal hard Brexit.

He just told the baffled audience: "Well, the Brits better start then eatings lots more of fish, because the majority of it gets exported to the EU and this won't happen then any longer."

Seems to me all pretty obvious if you stop to think about it.

Why did the fishing and farming industries feature so prominently in Leave propaganda and in the Brexit negotiations, while the industries on which the British economy depends -- banking, and financial and professional services, out of which so many Leave backers like Rees-Mogg, Aaron Banks and Rees-Mogg had already made their fortunes -- barely get a look in?

In one word, "distraction," at least to my mind. Brexit's financial backers aren't interested in the farming or fishing industries, other than that they're picturesque national icons.

They're interested in a deregulated financial services market, which works out well for the whole sector. If -- for example -- Deutsche Bank's London offices can't now handle particular business on behalf of non-EU client, then that moves to their Frankfurt or Paris offices, while London handles that bank's European business on behalf of non-EU businesses that's better done outside EU oversight and regulation.

A great deal more significant to the British economy (and a lot of people's personal wealth and a lot of other people's jobs and livelihoods) than farming or trawling, and a good deal more politically important when folks aren't pretending.

So, spend all the time negotiating about people like farmers or fishermen or Ulster Unionists, about whom no one in the government or the City gives a toss, but it's red meat for the right-wing tabloid editors, while you quietly get away with reduced regulation and oversight of the things you do consider worth worrying about.

That works for the EU, too, since the Tory right's vision of a deregulated Singapore on the Thames in which EU satellite and correspondent offices can, when convenient, do business they couldn't safely do in the EU must have obvious attractions for many EU banks.

One of the things I hate most about Brexit is that it's reminded me of a world I thought I'd put behind me -- I know how these people think, and I'm quite good at thinking that way, too, which is why I had to get out for my self-respect and sanity.
Last edited: Tuesday at 10:13 AM
Reactions: Ashiri, Beebo Brink, Aribeth Zelin and 2 others

One for the "You couldn't make it up..." file - Fisheries minister did not read Brexit bill as she was too busy organising a nativity trail.

Probably just a way with many cribs one after another, so a religious thing for christmas.

The other possibility is this, but highly unlikely due to travel restrictions: The Nativity Trail is an 11 days walking trail of approximately 160 km from Nazareth, the City of the Annunciation to Bethlehem, the City of the Nativity, where the original journey ended, and the Christian faith had its beginning.

Something about a walk from Nazareth to Bethlehem.

In the footsteps of Mary and Joseph – The Nativity Trail - Travelujah

Take a holy land tour in the footsteps of Mary and Joseph along the Nativity Trail. Visit the important sites connected to the story of the birth of Jesus.