Daniel Voyager said:
Could get far worse tomorrow when the Supreme Court hears case on whether prorogation of Parliament was illegal. I wonder what will happen then ?
Click to expand...

Daniel Voyager said:
Could get far worse tomorrow when the Supreme Court hears case on whether prorogation of Parliament was illegal. I wonder what will happen then ?
Click to expand...

It's a three day case, so we won't get a decision until the end of the week, at the earliest. But yes, this week could be yet another dreadful week for him.

Daniel Voyager said:
Boris Johnson did not even turn up.

Apparently he had shown up, but he and his entourage endured cacophonous booing from the large crowd on his arrival; and when his team wasn't able to find an alternate indoor (i.e., limited access) location for the conference, he decided to cancel it and left. Bettel decided it wasn't canceled after all.
Reactions: Brenda Archer

Daniel Voyager said:
David Cameron says he is 'sorry about the state the country's got into' after EU referendum
Click to expand...

For all fans of his voice: Cameron reading chapter 30 "The pipe" of Moby Dick for free. 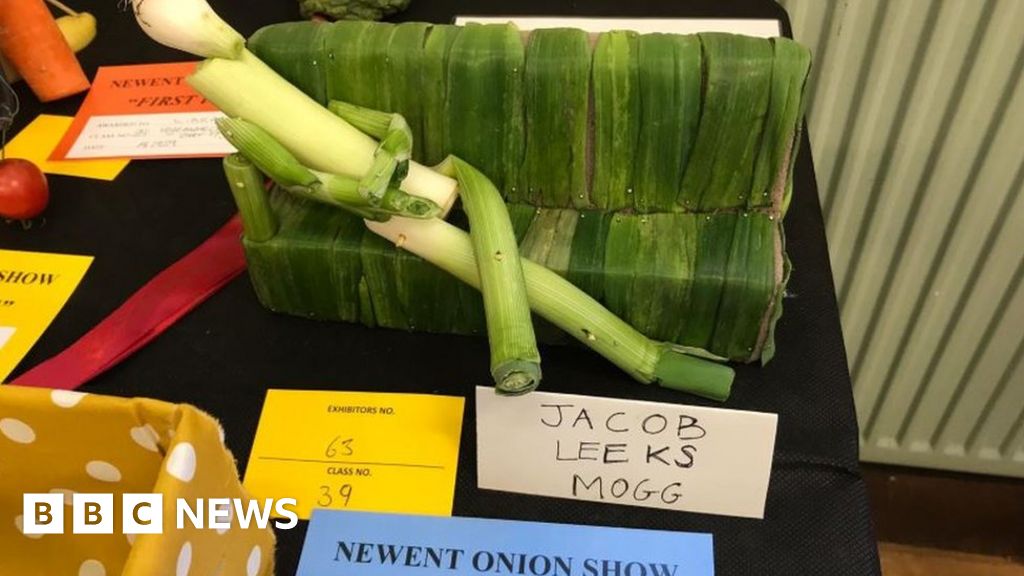 The leader of the House of the Commons immortalised in leeks was entered in the Newent Onion Show. 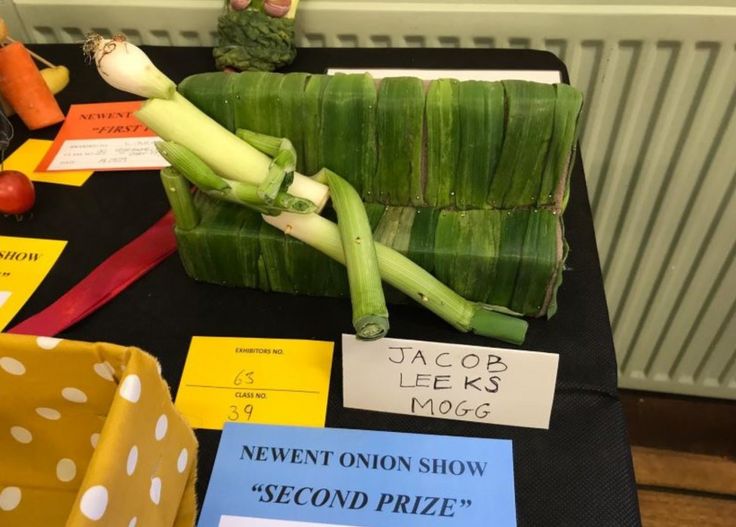 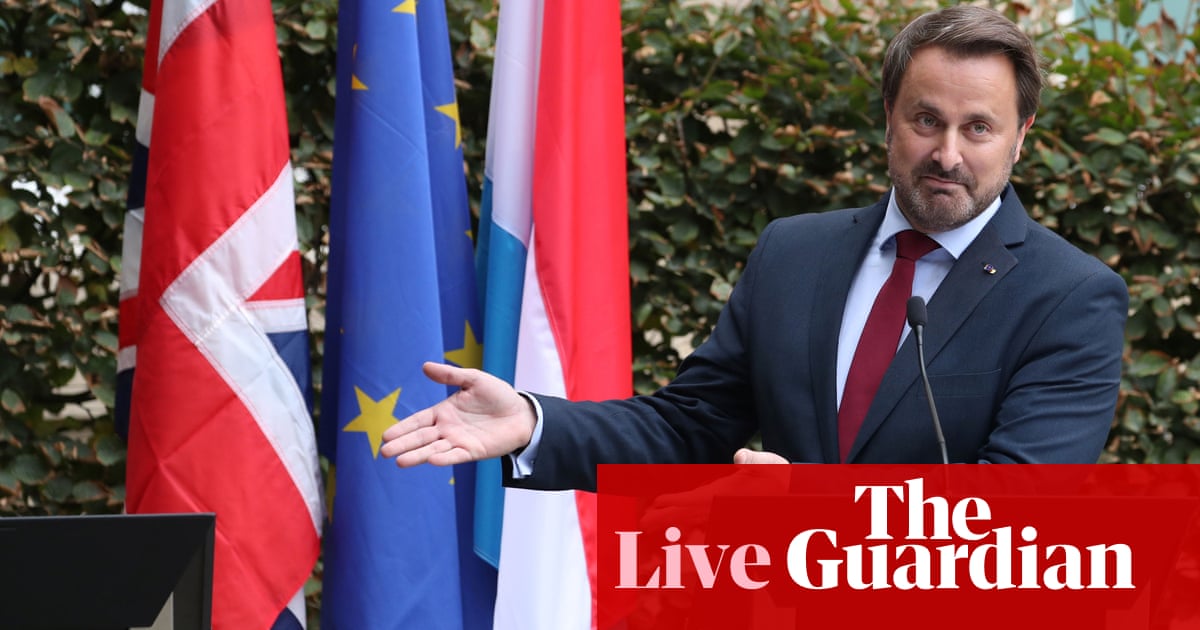 Brexit: Boris Johnson accused of creating 'nightmare' of uncertainty for Europeans – as it happened

That was extraordinary. Boris Johnson, the British prime minister, has just been humiliated by the leader of almost the smallest country in the European Union.

We were expecting a joint, open-air press conference but, with a large crowd of anti-Brexit campaigners threatening to drown out Johnson, it was announced that the British PM was not going to take part (presumably because of the demonstration, although that has not officially been confirmed yet). Normally in these circumstances the polite thing to do is to rearrange. But instead Xavier Bettel, the prime minister of Luxembourg, went ahead anyway, effectively “empty chairing” his guest. At one point he even gestured at the space where Johnson was supposed to be.

Then Bettel just let rip. People often wonder what EU leaders say or think about Johnson in private. Well, now we know. The leave campaign was a pack of lies, Johnson’s talk of progress in the Brexitnegotiations is unfounded, the UK still has not come up with any ideas about an alternative to the backstop. On and on he went, with particular emphasis on the point that the UK, not the EU, was to blame for the crisis. It was a “nightmare” for EU citizens, said Bettel. At several points he was loudly applauded by the protesters, because they felt he was articulating their anger.

Yesterday, Johnson depicted himself as the Incredible Hulk. As the Telegraph’s Michael Deacon suggests, the reality could not be more different.
Click to expand...

BoJo still thinks that the unicorn in Downing Street 10's coat of arms is for real:

I'm having trouble coming up with a replacement superhero. Maybe "Arm Fall Off Boy"?

Well the Brits do love underdogs, so BoJo would be wonderful as the toxic avenger - of course, after some editions to the role:

Daniel Voyager said:
David Cameron says he is 'sorry about the state the country's got into' after EU referendum
Click to expand...

Why am I reminded of the SNL skit with him and May at xmas?

Very helpful explainer from David Allen Green about what's happening in the Supreme Court over the next few days (most useful one I've seen):

Innula Zenovka said:
Very helpful explainer from David Allen Green about what's happening in the Supreme Court over the next few days (most useful one I've seen):

/me look to the top, sees the question 'what is prorogation'

WTF? Then again, US people are generally not that informed about our own systems either. Plus I tend to watch a LOT of Brit youtubers, including several talking almost exclusively about politics.
Reactions: Brenda Archer

Bartholomew Gallacher said:
Well the Brits do love underdogs, so BoJo would be wonderful as the toxic avenger - of course, after some editions to the role:

You be dissing NJ? 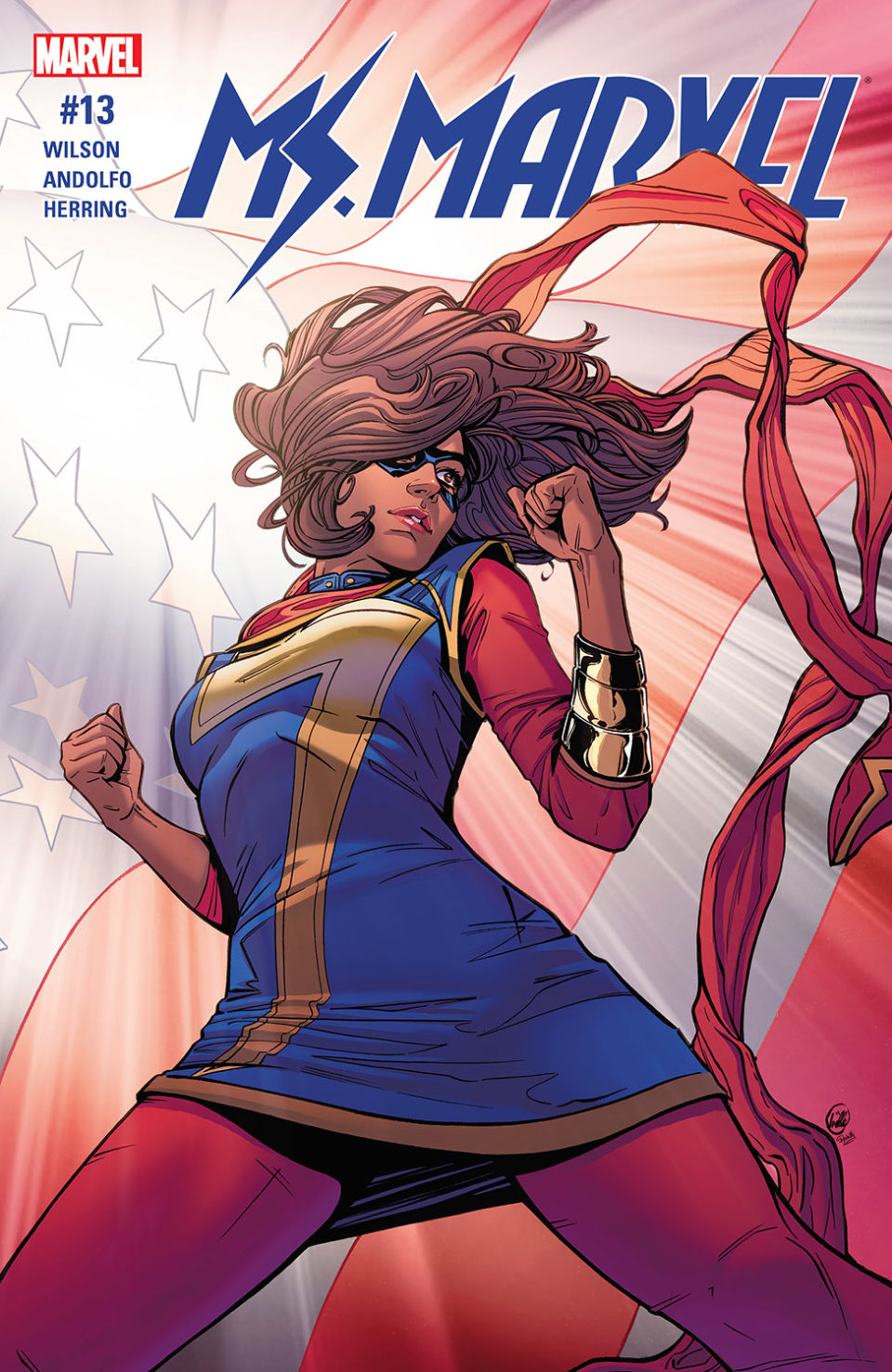 Top retailers are holding what some describe as "clear-the-air" talks with government after a recent row over the impact of no-deal Brexit on the supply of fresh food in particular.

The meeting is the result of a demand from some chief executives to meet the prime minister.

Earlier this month, Michael Gove, his minister in charge of no-deal preparations, told the BBC: "Everyone will have the food they need" and "no, there will be no shortages of fresh food."

That last point was condemned immediately by the industry group, the British Retail Consortium, as "categorically untrue".

There are two different meetings this afternoon with Mr Gove and a separate scheduled meeting with top civil servants, all occurring today and attended by various top retail and food chiefs from Tesco, Sainsbury's, Co-op and John Lewis, among others.

Retailers have told me they are deeply wary that they are now on the end of a no-deal Brexit blame game from the Boris Johnson government, as it claims to be ready for no-deal and says the French government is ready.

The message in some meetings is that the only factor that will cause disruption, tailbacks and delays is, therefore, a lack of preparedness from traders, hauliers and businesses.

This has depleted levels of trust between a vital sector and the government at a tense time. Retailers report that despite some improvement in the predicted rate of flow of freight traffic across the Channel in a no-deal Brexit, the timing of Brexit Day comes at the worst possible time, with warehouses full of Christmas stock and the UK at peak dependence on European imports for fresh produce.

One top retailer told me that whereas it had more than four weeks of supply in warehouses for the original March Brexit date, its current supplies are between nine and 14 days.
Click to expand... 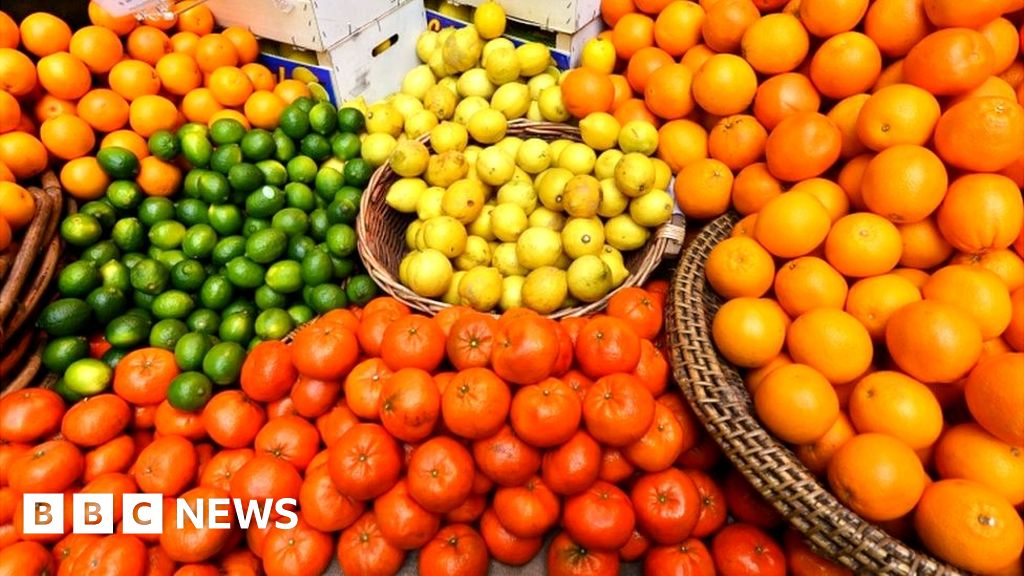