Veritable Quandry said:
Axes were typical for important state prisoners, but treason was punished by having the condemned hung, drawn, and quartered.
Click to expand...

Humans.... such an inventive lot, aren't we?
Reactions: Brenda Archer and Veritable Quandry

There has been some loose talk of the Government trying to use the Civil Contingencies Act to declare a national emergency and railroad Brexit through that way.

David Allen Green explains why this is, to use a technical legal term, complete bollocks: 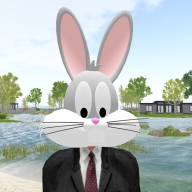 It's quite a mess I totally agree.

Innula Zenovka said:
It's just that the thought of needing it and not having it is enough to make me want to ensure that can't happen!
Bloody Brexit.
Click to expand...

I'm on 4 of those...
Reactions: Aribeth Zelin, Brenda Archer, Casey Pelous and 2 others

The Irish Taoiseach tells a very uncomfortable (and apparently out of his depth) Boris Johnson a few home truths:

More blocked tweets. I swear I will NEVER follow anyone that does that.

I had this exact same problem the other day, which I resolved by turning off all privacy and adblocker extensions for this site. I think it was AdGuard Adblocker that was causing the problem, but I can't remember now which it was.

(Sorry, Cristiano -- I thought I'd turned off all adblockers for virtualverse one but clearly I hadn't).

Jeremy Corbyn said today..."We all want an election, we all want to avoid crashing out (of the EU)"

From the Guardian summary

John Bercow, the Speaker, says he wants to make a personal statement.

At the 2017 election he promised his wife and children that it would be his last, he says.

He says if the Commons votes for an early general election, his tenure as Speaker and as an MP will end when this parliament ends.

He says, if MPs do not vote for an election, he has concluded the least disruptive and most disruptive option will stand down at close of play on Thursday 31 October.

He says the votes on the Queen’s Speech will come at the start of that week. He says it would make sense to have an experienced Speaker in the chair for those votes.

And he says this would be the most democratic option because it would allow the new Speaker to be elected by MPs who know the candidates.
Click to expand...

The whole statement is worth watching on Commons TV if you have 5 or 6 minutes to spare:
Reactions: Govi, Ava Glasgow, Tirellia and 1 other person

Sid said:
One thing is certain, at the moment Westminster has more suspence, unexpected plot changes and cliffhangers than most tv series and soaps.
Click to expand...

Can't wait for the part where the Queen enters the Chamber with her personal guards and shouts "Behead them all!"
Reactions: Govi and Brenda Archer

Veritable Quandry said:
Axes were typical for important state prisoners, but treason was punished by having the condemned hung, drawn, and quartered.
Click to expand...

Michel Foucault wrote a book, Discipline and Punish, about the birth of the prison system. He began the book reciting the punishment for Damiens, convicted of regicide, the killing of a King in France, 1757.

This description is extremely violent. You have been warned.


On 2 March 1757 Damiens the regicide was condemned 'to make the amende honorable before the main door of the Church of Paris', where he was to be 'taken and conveyed in a cart, wearing nothing but a shirt, holding a torch of burning wax weighing two pounds'; then, 'in the said cart, to the Place de Greve, where, on a scaffold that will be erected there, the flesh will be torn from his breasts, arms, thighs and calves with red-hot pincers, his right hand, holding the knife with which he committed the said parricide, burnt with sulphur, and, on those places where the flesh will be torn away, poured molten lead, boiling oil, burning resin, wax and sulphur melted together and then his body drawn and quartered by four horses and his limbs and body consumed by fire, reduced to ashes and his ashes thrown to the winds'.

'Finally, he was quartered,' recounts the Gazette d' Amsterdam of April 1757. 'This last operation was very long, because the horses used were not accustomed to drawing; consequently, instead of four, six were needed; and when that did not suffice, they were forced, in order to cut off the wretch's thighs, to sever the sinews and hack at the joints...

'It is said that, though he was always a great swearer, no blasphemy escaped his lips; but the excessive pain made him utter horrible cries, and he often repeated: "My God, have pity on me! Jesus, help me!" The spectators were all edified by the solicitude of the parish priest of St Paul's who despite his great age did not spare himself in offering consolation to the patient.'

Bouton, an officer of the watch, left us his account: 'The sulphur was lit, but the flame was so poor that only the top skin of the hand was burnt, and that only slightly. The executioner, his sleeves rolled up, took the steel pincers, which had been especially made for the occasion, and which were about a foot and a half long, pulled first at the calf of the right leg, then at the thigh, and from there at the two fleshy parts of the right arm; then at the breasts. Though a strong, sturdy fellow, this executioner found it so difficult to tear away the pieces of flesh that he set about the same spot two or three times, twisting the pincers as he did so, and what he took away formed at each part a wound about the size of a six-pound crown piece.

'After these tearings with the pincers, Damiens, who cried out profusely, though without swearing, raised his head and looked at himself; the same executioner dipped an iron spoon in the pot containg the boiling potion, which he poured liberally over each wound. The ropes that were to be harnessed to the horses were attached with cords to the patient's body; the horses were then harnessed and placed alongside the arms and legs, one at each limb.

'The horses tugged hard, each pulling straight on a limb, each horse held by an executioner. After a quarter of an hour, the same ceremony was repeated and finally, after several attempts, the direction of the horses had to be changed, thus: those at the arms were made to pull towards the head, those at the thighs towards the arms, which broke the arms at the joints. This was repeated several times without success. He raised his head and looked at himself. Two more horses had to be added to those harnessed to the thighs, which made six horses in all. Without success.

'Finally the eexecutioner, Samson, said to Monsieur Le Breton that there was no way or hope of succeeding, and told him to ask their Lordships if they wished him to have the prisoner cut into pieces. Monsieur Le Breton, who had come down from the town, ordered that renewed efforts be made, and this was done; but the horses gave up and one of those harnessed to the thighs fell to the ground. The confessors returned and spoke to him again. He said to them (I heard him): "Kiss me, gentlemen." The parish priest of St Paul's did not dare to, so Monsieur de Marsilly slipped under the rope holding the left arm and kissed him on the forehead. The executioners gathered round and Damiens told them not to swear, to carry out their task and that he did not think ill of them; he begged them to pray to God for him, and asked the parish priest of St Paul's to pray for him at the first mass.

'After two or three attempts, the executioner Samson and he who had used the pincers each drew out a knife from his pocket and cut the body at the thighs instead of severing the legs at the joints; the four horses gave a tug and carried off the two thighs after them, namely, that of the right side first, the other following; then the same was done to the arms, the shoulders, the arm-pits and the four limbs; the flesh had to be cut almost to the bone, the horses pulling hard carried off the right arm first and the other afterwards.

"When the four limbs had been pulled away, the confessors came to speak to him; but his executioner told them that he was dead, though the truth was that I saw the man move, his lower jaw moving from side to side as if he were talking. One of the executioners even said shortly afterwards that when they had lifted the trunk to throw it on the stake, he was still alive. The four limbs were untied from the ropes and thrown on the stake set up in the enclosure in line with the scaffold, then the trunk and the rest were covered with logs and faggots, and fire was put to the straw mixed with this wood.

'...In accordance with the decree, the whole was reduced to ashes. The last piece to be found in the embers was still burning at half-past ten in the evening. The pieces of flesh and the trunk had taken about four hours to burn. The officers of whom I was one, as also was my son, and a detachment of archers remained in the square until nearly eleven o'clock.

'There were those who made something of the fact that a dog had lain the day before on the grass where the fire had been, had been chased away several times, and had always returned. But it is not difficult to understand that an animal found this place warmer than elsewhere'
Reactions: Brenda Archer

Yeah, I just saw that. Not sure anywhere else but here he has to be one of the most well-known people in UK politics that people otherwise would not know.
Reactions: Daniel Voyager

Innula Zenovka said:
The whole statement is worth watching on Commons TV if you have 5 or 6 minutes to spare:
Click to expand...

I dislike John Bercow; he's a pompous, self-important windbag. But for once I agree with him, if Boris intends to hold on until October, Bercow should stay on to steer and defend (and annoy) the Commons through a really crappy time. He has the experience and he's the sort of bully who will stand up to other bullies like Boris. After that he can retire and I never want to hear of him again
Reactions: Govi and Innula Zenovka
Show hidden low quality content
You must log in or register to reply here.
Share:
Facebook Twitter Reddit Pinterest Tumblr WhatsApp Email Link
Top Bottom