danielravennest said:
Christ is risen. Put him in an oven and bake at 375° for 30-35 minutes or until golden brown.

He was born in Bethlehem. In Hebrew, Beth means "house", and "lechem" means bread, so the city name literally means House of Bread. Many historians believe Jesus' story is descended from earlier myths about how life dies in the winter and is reborn in the spring. The bread and wine of the Last Supper are thus allegories for the living spirit that renews the grain of the fields and the fruits of the vine.
Click to expand...

Well, there are those that believe some of the add-ons to his story were stolen from Dionysus...
Reactions: Brenda Archer

Im going to stick this in the brexit thread because I blame brexit for the kind of hostility and violence we are seeing now, particularly towards minorities, muslims, anyone on the left and labour politicians. 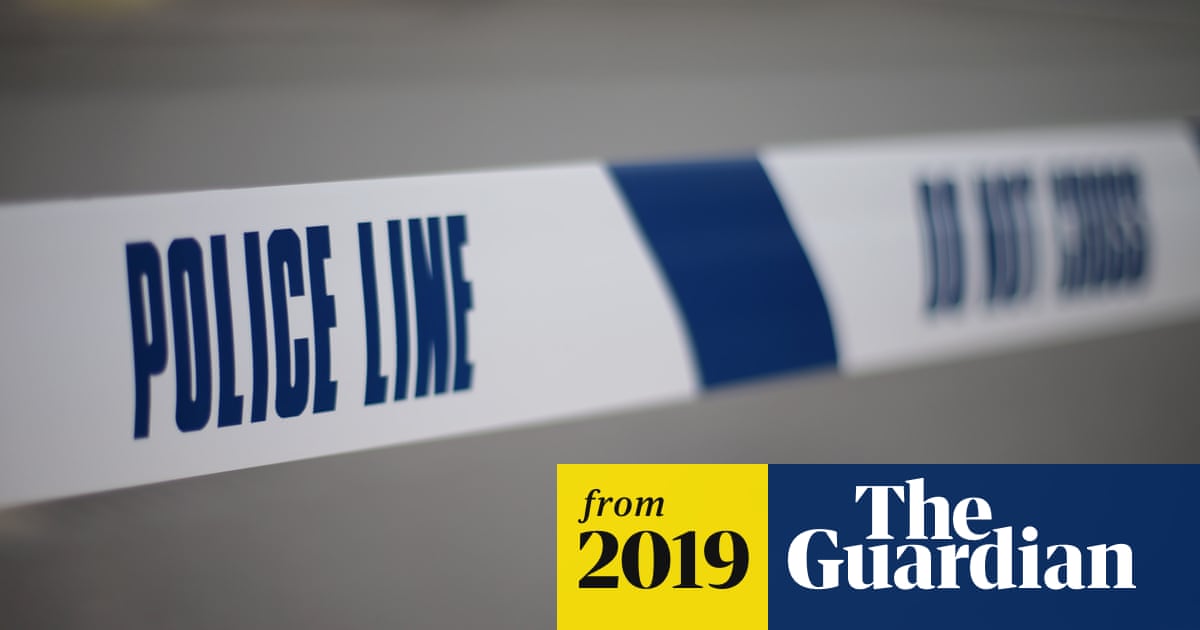 Shots fired at home of Labour councillor in Sheffield

Why don't we have a "burn" icon?
Reactions: Govi

The knives are getting sharpened again, quite keenly apparently: 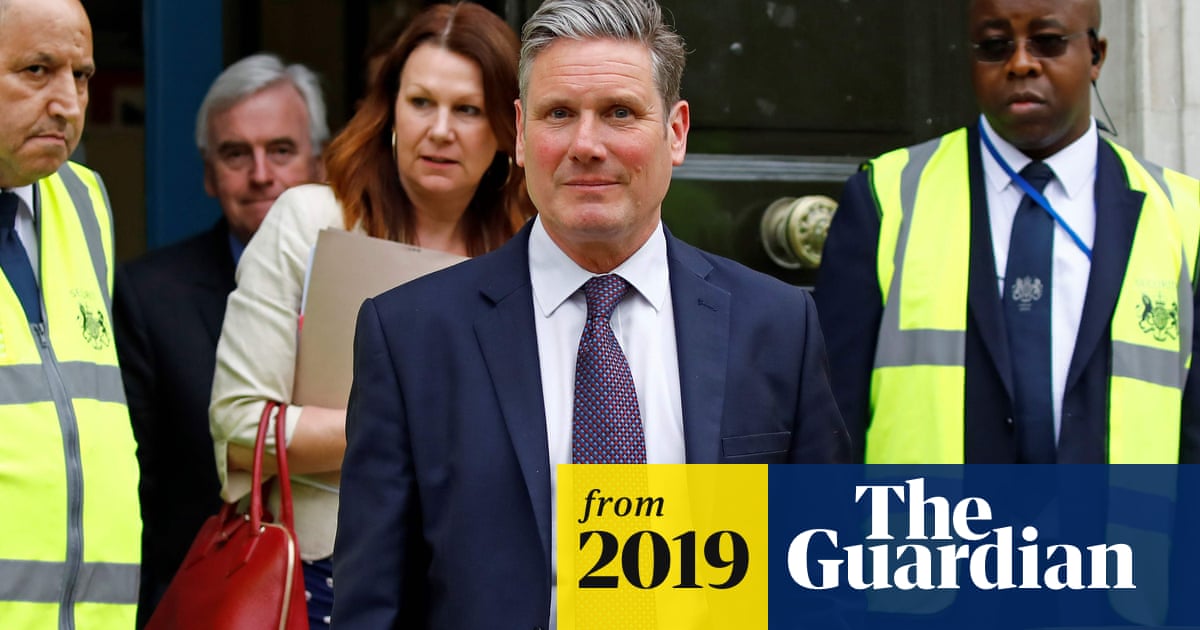 There is a suggestion the limit could be shortened to six months, meaning [May] could face a contest in June. But one senior committee officer said there would be an attempt to remove the time limit altogether, as there was an appetite to get on with removing May as soon as possible. If the rules are changed, at least 15% of Conservative MPs – 47 of them – would need to send letters to Sir Graham Brady, the chair of the committee, in order to trigger another confidence vote. This threshold is likely to have already been met, given the scale of discontent within the parliamentary party.
Click to expand...

Why the urgency? Because they feel someone else could give them their unicorn? Nope. They're just fearing getting trounced in the EU elections and a possible General Election.

The officer said opinion on the committee was finely balanced as there were roughly equal numbers of remainers and Brexiters, but feeling was “building up against May,” because of the Conservatives’ dire poll numbers.
Click to expand...

The Lab/Con talks are, unsurprisingly, going nowhere, with no actual changes to the Political Declaration being considered, only alterations to supporting legislation, though it seems to me both would really be required, to try to safeguard any changes from being undone by May's successor, whom we know will assuredly be even less mindful of reality and facts.

Can we just dissolve Parliament and let Holyrood take over?

This is all more evidence of May's short term thinking. She promised to resign in an attempt to buy votes, which failed. But by promising to resign she's created an environment where the negotiations are suspect because of the specter of any agreement being thrown out by her successor after Labour helps get her WA through. That means all Labour is really doing is negotiating to shoot themselves in the head.

Porsupah Ree said:
Can we just dissolve Parliament and let Holyrood take over?
Click to expand...

Holyrood will soon have their hands full governing Scotland. I wonder if they'll form a republic, like Ireland did, or remain in, join, re-join the Commonwealth. Suppose that's a topic for another thread.
Reactions: Brenda Archer

A moment of levity, anyone?

Nicola Sturgeon is to introduce new legislation to stage a second Scottish independence referendum, claiming one must be held by May 2021 if Brexit goes ahead. The first minister said Brexit would have such a catastrophic impact on Scotland’s economy and Westminster’s approach to it had been so chaotic that Scottish voters must have the option to choose independence.
Click to expand... 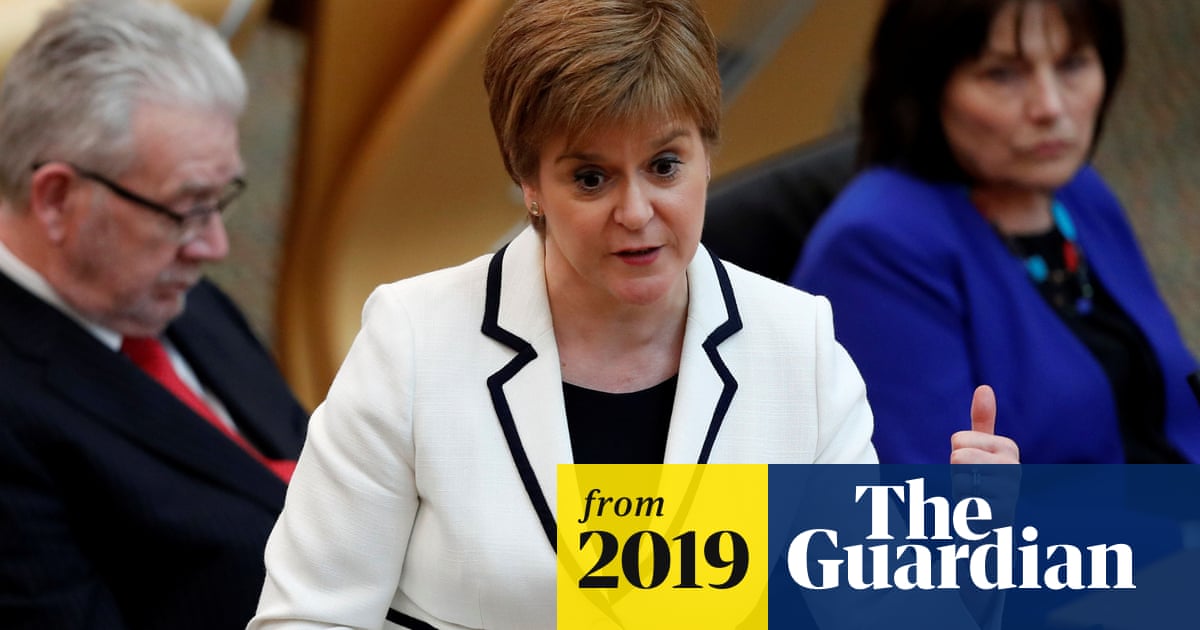 Announcing legislation, first minister says vote must be held by May 2021 if Brexit proceeds

And May says she'll block it. Mind you, looks like May will be gone before december so who knows.

Obviuously, not that I remotely anticipate anything of the kind, and TBH, don't expect Brexit to actually happen, but hypothetically, if Scotland were granted independence: if Eire were to (by consent) annex Scotland at the moment independence took place, would there be anything in the EU rules saying that the territory of Scotland would not be an immediate and full member of the EU? Just pondering how Scotland might avoid the lengthy process of induction - that'd be a long time for economic damage to take effect, though there's huge potential for reliable offshore and terrestrial wind power to help bolster the Scottish economy.
Reactions: Brenda Archer

One prerequisite for becoming an EU member state is that the applying country cannot have any unresolved border issues.

Looks as if there's still an almighty battle going on over Labour's manifesto for the European Elections, but there's considerable pressure now for a second referendum, whatever happens.

Just about the only way to get European news in the UK is to read european news sites. Thank god for a smattering of language skills.

I'm likely going to continue voting Green in the EU election. Given Corbyn's track record over the past few months, even if the manifesto says Remain, I'd have considerable doubt he'd follow through with it.

Nonetheless, hopefully next Tuesday will indeed see him finally dragged on board the Remain train.

Porsupah Ree said:
I'm likely going to continue voting Green in the EU election. Given Corbyn's track record over the past few months, even if the manifesto says Remain, I'd have considerable doubt he'd follow through with it.

Nonetheless, hopefully next Tuesday will indeed see him finally dragged on board the Remain train.
Click to expand...

Not sure of your logic here.

If both Labour and the Greens are supporting a second referendum, with remain as on option, in their European Election manifestos, what's the point of voting Green if you want to see the Westminster Parliament pass a second referendum?

You say you doubt if Corbyn will follow through with it, but you can be sure that Caroline Lucas won't, since she's the only Green MP and is thus able only to lend her support to other, larger, parties' attempts to ensure a second referendum happens.

If the Labour European election manifesto contains a firm commitment to a second referendum, with remain as an option, I would say that a strong showing for them will increase the pressure on Labour in Westminster -- who are the only people who're going to deliver a second referendum, if anyone does -- to ensure we do get one.

While I'm certainly no supporter of Corbyn, I do accept that -- regardless of his personal preferences on Brexit -- he has to try to keep onside the significant minority of Labour voters and MPs who, for various reasons, support some form of Brexit.

If Corbyn announced tomorrow he was retiring to tend to his allotment and (for example) Keir Starmer, a very able and strongly pro-Remain figure, took over, Starmer would still have to perform the same balancing act, though he'd almost certainly do a better job of it than Corbyn. Like or not, Len McCluskey is, as head of the largest Labour affiliated union, a very significant figure in Labour politics and his opposition to a second referendum, and the opposition of figures like him, can't be ignored.

Labour isn't run only by the leader and his coterie, and policy arguments like this have to be won by votes in the party machine. To my mind, if Labour's candidates for the European elections commit to a second referendum and campaign on that issue (though they can't deliver it -- their comrades in Westminster must do that) and Labour do well, that can only strengthen the position of the majority of Labour MPs and party members, who do very much want a second referendum with remain as an option.

Well looks like Labour *isnt* supporting a 2nd ref. At least not according to their EU election leaflet


Jeremy Corbyn is facing a fierce backlash from Labour members after a draft leaflet for the European elections said the party would press ahead with Brexit.

The leaflet, passed to HuffPost UK, makes no mention of the party’s policy to push for a second referendum on quitting the EU, was sent out to MEPs on Thursday.
Click to expand...

That's a *draft* leaflet, remember, and there's a hell of a fight going on right now about what the manifesto should *actually* contain.

Over recent months, it's become very common to see Labour Remainers brief the press on their side of things, then for a "Labour spox" (who may or may not be Seumas Milne) to say something completely different, only to be belied by events shortly after that.

The fact of the matter is that no one knows what the manifesto will actually say until it's written. To my mind, the people who don't want a referendum are fighting a rearguard action but are certainly on the defensive, and the pro-referendum side will win over, by force of both numbers and argument, but we won't know until it happens.
Reactions: Govi

From what I understand our way of doing elections is not standard?


A concept like purdah would get you strange looks over here.
Reactions: Govi