It was thirteen years ago that the first project of the Linden Department of Public Works was opened on Second Life®. To celebrate, Bay City's Residents are once again hosting their annual parade down the city's Route 66, followed by a live music event in the Bay City Fairgrounds.

Bay City opened in May of 2008 to initial viewing, with auctions for land in the city beginning soon after. It has developed into the largest community-focused virtual urban area in Second Life.

Participants in the annual parade are asked to gather at noon SLT/PDT on Sunday, the 16th of May, to lineup at the band shell in Bay City - Harwich. The parade will wend its way down Route 66 beginning at 12:30 p.m. SLT/PDT, and will conclude at the Bay City Fairgrounds in the North Channel region.

All Residents of the Second Life grid are welcomed to participate. Celebration goods, including parade float bases and ideas, are available at the Bay City Community Center, in the Daley Bay region for those who wish to be a part of the parade. Ample viewing areas are provided. The music event is also open to all who desire to attend -- not only Residents of Bay City 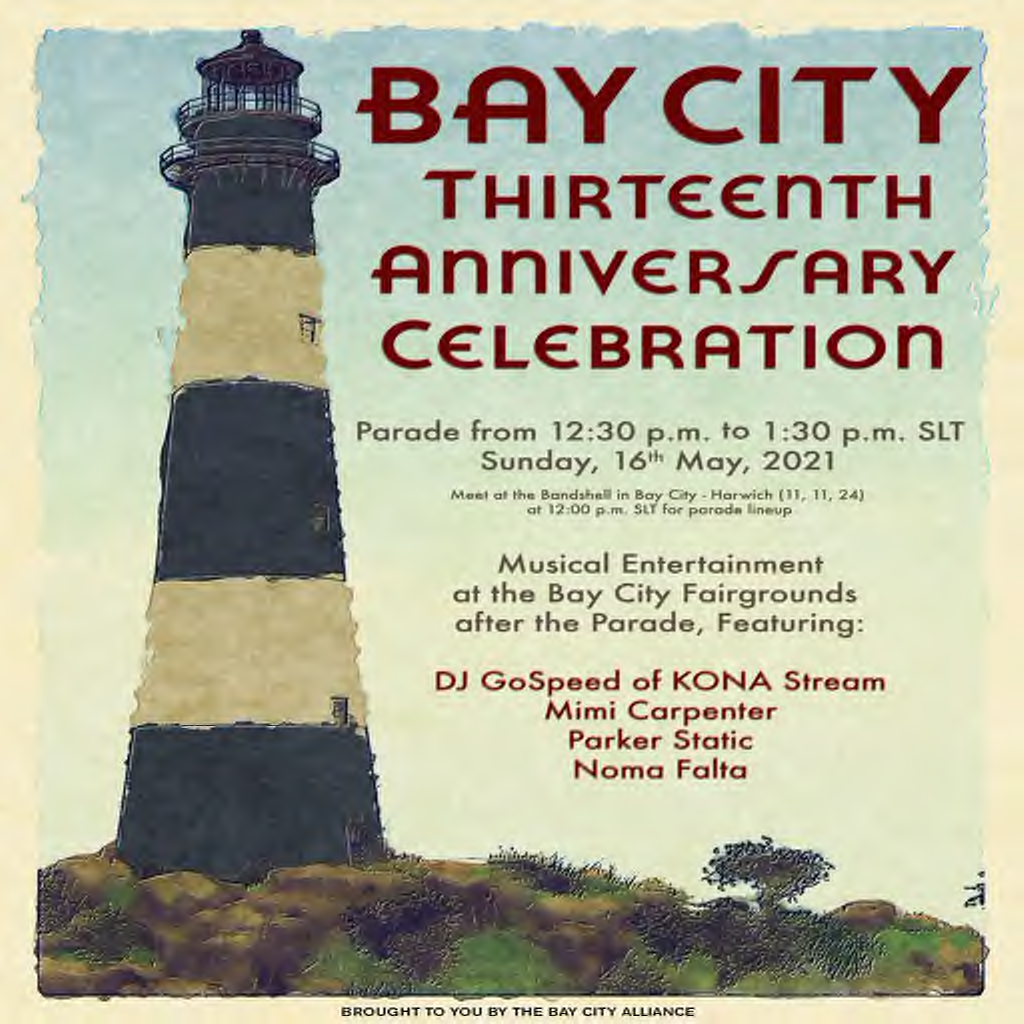