Fionalein said:
You still will have to - for alpha settings. Almost all my mesh outfits have the same skin + tattoo layer combo - yet I have dozens of outfit specific copies. If you really believe the cloth designers will give you fitting alphas for items purchased a long time ago (as some BoM advocates on the official Forums firmly believe) you are an hopeless optimist.
Click to expand...

We must have different clothing habits because I have yet to ever do this and I don't feel the need. As for alphas: no mesh clothing I've tried as of yet has required one with bom so far just as in much of my ore bom shopping habits. Everything is either fitted to various avatar models or the shape somewhat fits with a standard size.

If I really need one, I can poach one off of some older outfit or make my own, and label it appropriately so as to not need to search for it, my memory is photographic. It's no trouble at all. I'm not sure where I said that I expected cloth creators to do this for me. Many of the big names are motivated more by greed than anything and you can never rely on the greed drunk for what you need in sl or rl. Luckily in sl we can usually find or make what we need.

As far as hopeless optimism goes, if this is some kind of dig or suggestion that I'm a "brainwashed sheeple" for lack of better term for being happy with the bom so far, try another one. I feel no negative connotation to the term. Thanks for the compliment.
Reactions: Spirits Rising and Beebo Brink

Cristalle said:
I have not followed this closely, and I saw some discussion in Omega about how the applier was out of date. How does that work?
Click to expand...

basically easy there will be special UUIDs for upper body, lower body, head and left arm (for asymetric upper body) and maybe more baked textures. Those UUIDs are the same for everyone, but a BoM capable viewer will know how to look up the individual item owner's specific bakes. LL changed those UUIDs after new year when several companies already had appliers in their HUDs to apply the bakes (those apply the wrong texture now)

But as I said earlier it should be quite easy looking up those UUIDs and dropping them in an applier kit by Omega/Your fav Mesh body creator.

What is a baked texture and why would I want it on mesh? Major Features Benefits How it Works Wearable and Bake Channels Universal Wearables Setting a mesh to use baked textures Working with the new channels Working with Animesh Script Support Step-By-Step Example Test Content Known Issues In oth...


Noodles said:
I would think it also reduces script load on the grid.

I can't imagine the scripts needed to make mesh bodies with onion layers work are low overhead.
Click to expand...

actually all it is is a simple listener script and all it needs to listen to is a small bunch of informations then act accordingly:

for applying textures:
for alphas:
optionally:
I cannot imagine any such script to be resource intensive no matter how badly written* - the HUDs on the other hand are a different beast all together.

* of course the body should only have one such script - not one in every linkset object ... that would hurt.
Last edited: Aug 27, 2019
Reactions: RodeejahUrquan, Sansarya, Brenda Archer and 1 other person

Someone named Novata made a video.

I can still see the video. Maybe it's your settings?
Reactions: Brenda Archer 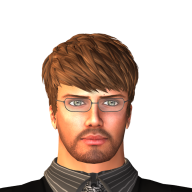 Beebo Brink said:
I'm lost. Can someone translate this into practical terms? If I have a system skin and Lara body parts, how do I get dressed in the morning?
Click to expand...

As far as I can see right now, if you have the lara body nothing changes at all - there hasn''t been anything new from maitreya since august '18, not only about any mesh body but anything from the store, the blog or her flickr...

If you have any body that either supports Bake on Mesh (BoM) directly, or by means of using the omega "bake on mesh applier" which you have to use exactly once, all you do is wear your system skin. And you're done.

Of course a Body actually optimized for BoM would be the superior option because it does not need all those extra layers of triangles to apply stuff to, and it would not need all the scripts to make them work.
Reactions: Brenda Archer, Ryanna Enfield, Cristalle and 1 other person

Thank you, Lance, that was helpful!

This sounds like a great SL enhancement, at least in theory and after the transition period. Not sure if the Firestorm viewer has a BoM version yet, and whether Lara will get this update. So for now, I can just continue as I am and ease in at some point in the future.

I bit the bullet, so to speak, and downloaded the official viewer to play around with this. By using the BOM Omega hud, it's $L125 on the MP, and wearing my Maitreya Omega relay, just to activate it, it worked fine from then on out with the Maitreya body. The only thing which didn't work too well was trying to use the built in skins on the Maitreya body while I was wearing an older Glam Affair system skin. So, you can't apply the Maitreya built in skin over the system skin without some weird stuff happening on your body. You have to just use the system body skin of whatever skin you're using. As for heads, I'm currently using the Genus Strong Face head, and the skin applied great on that, since it's Omega compatible built-in. And in fact, the skin looked MUCH better than I remembered it from before mesh heads. It's amazing how much of a difference the underlying mesh can make.

I really had fun. Layering some makeups from Izzies, I could add gloss over lipstick easily. I could wear stockings on a sock layer over tattoos with no alpha glitches. the only downside was the fingers and toes, since the old skins didn't provide much detail, and what's there doesn't "mesh" well with the mesh feet. But there are work arounds. I just wore close toed shoes and it wasn't actually too noticeable around the fingers. I wish I had kept more system stuff, but I have to dig through my too-full inventory to see what all I have. I have some old stuff boxed up, too.

This is going to be great when new skins are made. It will be so nice to like a skin or makeup or face tattoo and not have to worry about whether or not it's for YOUR head, and the same with body tattoos and layer clothing. And you can still use appliers along with the system layers. It felt odd no longer wearing a head/body alpha and you won't appear right to people not using a viewer updated for the BOM, but I doubt it will take the others long to catch up.

I won't use it much right now, until FS updates. The official viewer has weird texture rezzing/unrezzing issues for me, but I'm eager to dive into a bit more in the future.
Reactions: Beebo Brink and Cristalle

I think that the tattoo layer should disappear, but the clothing layers, at least one of them, should remain. The outer clothing layer has some distance from the body, which is reasonable, especially for things like pants. And we should see a skirt layer too, honestly.
Reactions: Shiloh Lyric and Myficals

the part that I personally like best is that I can dig my old t-junction t-shirts back out of the basement ... XD
Reactions: Shiloh Lyric

Shiloh Lyric said:
As for heads, I'm currently using the Genus Strong Face head, and the skin applied great on that, since it's Omega compatible built-in.
Click to expand...

I just checked on the skin that I wear with my LeLetka face, and it only comes in an applier. There isn't a system version of the skin, and there's not likely going to be one since it's several years old and YS&YS doesn't even stock it in their store anymore. It's only available on the Marketplace these days.

So -- if I understand this whole process correctly -- there's no way to use appliers any more? Or is it optional? Can I load the system skin, then apply the head-related skin part over that?

Beebo Brink said:
I just checked on the skin that I wear with my LeLetka face, and it only comes in an applier. There isn't a system version of the skin, and there's not likely going to be one since it's several years old and YS&YS doesn't even stock it in their store anymore. It's only available on the Marketplace these days.

So -- if I understand this whole process correctly -- there's no way to use appliers any more? Or is it optional? Can I load the system skin, then apply the head-related skin part over that?
Click to expand...

No, you should be able to wear your applier. But I read that there may be problems if you try to put your applier on over it. I would remove the head, honestly, to not mess up anything if you are putting on tattoos, and then apply afterward. Makeup will be a problem though if you want to stack layers.
Reactions: Beebo Brink

What if you use the new skeleton for a centaur or something?

Cristalle said:
Makeup will be a problem though if you want to stack layers.
Click to expand...

Makeup is not a problem for me. Never wear the stuff.

The only downside is I look like a hot mess to everyone on Firestorm, which appears to be most people. 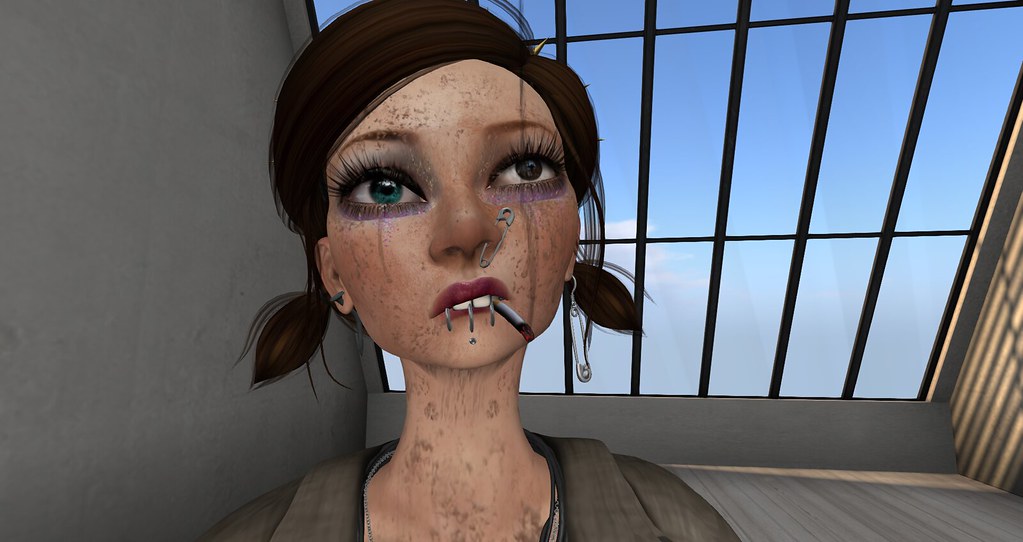 I'm sure they'll catch up soon.

Best thing about Bakes on Mesh: I can wear my Ivalde dresses and Gala Phoenix skins again! Yay Linden Lab! 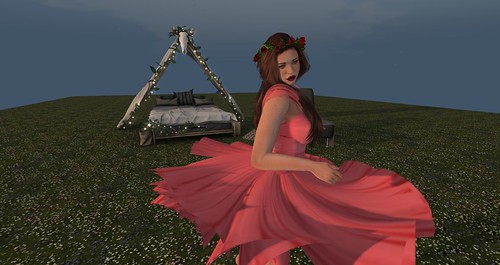 as predicted by me the UUIDs can be looked up

In the Bakes on mesh project viewer update 6.1.1.525409, the default bake texture slot UUIDs were changed. The default textures had to be updated to include the alpha channel. We needed to create new default texture UUIDs instead of updating the original texture data, because the backend texture ...

Oh Lindens,... how were you chaots able to keep your company afloat with all this negligence around?